Articles
Kaeli Conforti is a digital nomad and has been backpacking solo around Southeast Asia, Australia and New Zealand since January 2018. She loves inspiring others to travel the world and create their own adventures.
Follow
Sept. 08, 2019
•
8 min read 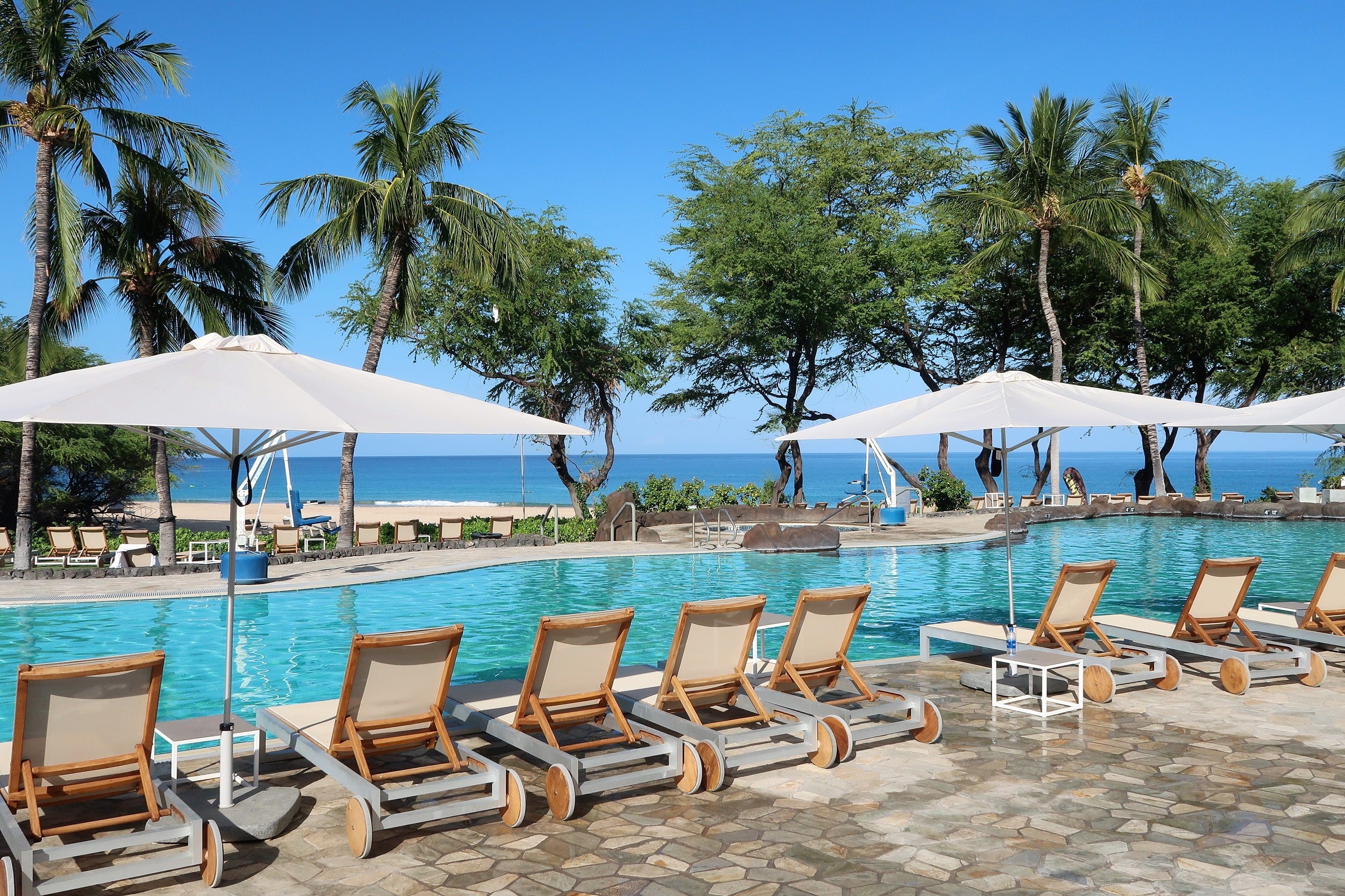 We recently asked our TPG Lounge members to share the best redemptions they’ve ever had with the Marriott Bonvoy program. Here’s a look at some of our favorite answers. (Some responses have been lightly edited for style and clarity).

Memorable Marriott stays around the U.S.

Several TPG Lounge members said they had cashed in their Marriott Bonvoy points for free nights in Hawaii, while others used them to save on hotel stays in New York City and Vail, Colorado, during ski season.

"40,000 Marriott points per night for The New York EDITION, with a double upgrade from status to a Madison Park view room worth about $1,300 a night." — Gavin D.

"Four nights at Vail Marriott Mountain Resort during ski season, booked before the August devaluation for 35,000 points a night." — A.J.A.

Epic trips to Europe, the Maldives, Asia and Australia

From canal-side upgrades in Venice to luxurious stays at a desert resort in Dubai, our well-traveled TPG Lounge readers definitely know how to make the most of their Marriott Bonvoy points when it comes to planning incredible vacations around the world.

"Hotel Danieli, a Luxury Collection Hotel, Venice. Used Marriott points for a basic room and was upgraded to a lovely suite with a balcony overlooking the Grand Canal." — Chris C.

"Five nights at the JW Marriott Venice Resort & Spa. We were upgraded from a standard room to a two-story loft suite!" — Ian B.

"Five nights — the fifth night was free — at the Palazzo Naiadi, The Dedica Anthology, Autograph Collection for our honeymoon. Actually there right now!" — Kim A.

"Five nights at Al Maha, a Luxury Collection Desert Resort and Spa, and just completed five nights at the St. Regis Maldives Vommuli Resort with a complimentary upgrade to an overwater villa, both for 240,000 Marriott points." — Dayan Z.

"Seven nights and eight days at The St. Regis Maldives Vommuli Resort in a deluxe overwater bungalow for 360,000 Marriott points, including 130,000 United miles. Also seven nights and eight days at Hotel Punta Islita in Costa Rica for 100,000 Marriott points. Both were amazing properties with superior service. To the best of my knowledge, it’s really not possible to get that kind of deal at The St. Regis post-merger. We went in October 2018." — Evan F.

"Redeemed 390,000 Marriott points for a Category 8 stay at the JW Marriott Hotel Hong Kong for seven nights and was upgraded to a suite due to my platinum status. I also chose Alaska Airlines miles from the package to use toward Cathay Pacific first class." — Tim L.

"I was upgraded to the 3,000-square-foot Presidential Suite — the same room Presidents Obama and Trump have stayed in — at the JW Marriott Hotel Hanoi during a 17,500-point stay." — Alex M.

"I recently got two rooms for five nights at the Sheraton Grand Mirage Resort, Port Douglas near the Great Barrier Reef for 160,000 Marriott points per room. We got upgraded to a swim-out suite and the breakfast buffet, included with status, was outstanding." — Dustin C.

Some of our TPG Lounge members shared how they were able to transfer Marriott Bonvoy points to airline partners like Cathay Pacific and JAL to fly first class to their destinations, while others used them to book vacation packages and special Marriott Bonvoy Moments.

"I bid the 127,500 Marriott points I earned from my welcome bonus and from spending in bonus categories on the Marriott Bonvoy Brilliant® American Express® Card to get two tickets to the Aquaman movie premiere and after party. While that was a lot of points to use, it was well worth the cost because my boyfriend and I love superhero movies and he's a huge Aquaman and DC Comics fan. However, I think that experience will be topped by our upcoming five-night stay at The St. Regis Maldives Vommuli Resort for only 240,000 Marriott points." — Shana G.

"The best vacation package I ever booked was seven nights at Marriott's Aruba Ocean Club and 120,000 Southwest Rapid Rewards points back when that immediately gave you a Companion Pass. My wife flew with me for free for two years and our room slept six people comfortably." — Mark G.

"An (old) Category 8 seven-night stay at the San Juan Marriott Resort & Stellaris Casino and 120,000 Alaska Airlines Mileage Plan miles for 325,000 Marriott points. The stay was during New Year's so the cash price with resort fees was over $3,210 plus the value of the miles." — Grant G.

"Transferred about 250,000 Marriott points to Miles and More for two business-class seats on Lufthansa from Vienna to Washington, D.C." — Randy G.

"It has to be almost four years of Southwest Companion Pass status while transferring at the key time and getting two- to seven-night travel certificates. One of them was good for seven nights at the Renaissance Paris Arc de Triomphe Hotel. Too bad Southwest changed what counted toward the Companion Pass." — Richard R.

"Far and away, it was the seven-night travel package I bought in 2017 for 330,000 Marriott points. I got a seven-night Category 7 (now Category 5) certificate I used this past April at the Residence Inn by Marriott Maui Wailea before it changed to Category 6 and 162,000 Aeroplan miles with a 35% bonus at the time for transferring hotel points to Aeroplan. We used that for two one-way business-class tickets from Koh Samui to Bangkok to Istanbul to Atlanta on Thai Airways and Turkish Airlines." — Paul S.