Articles
Kaeli Conforti is a digital nomad and has been backpacking solo around Southeast Asia, Australia and New Zealand since January 2018. She loves inspiring others to travel the world and create their own adventures.
Follow
Sept. 29, 2019
•
8 min read 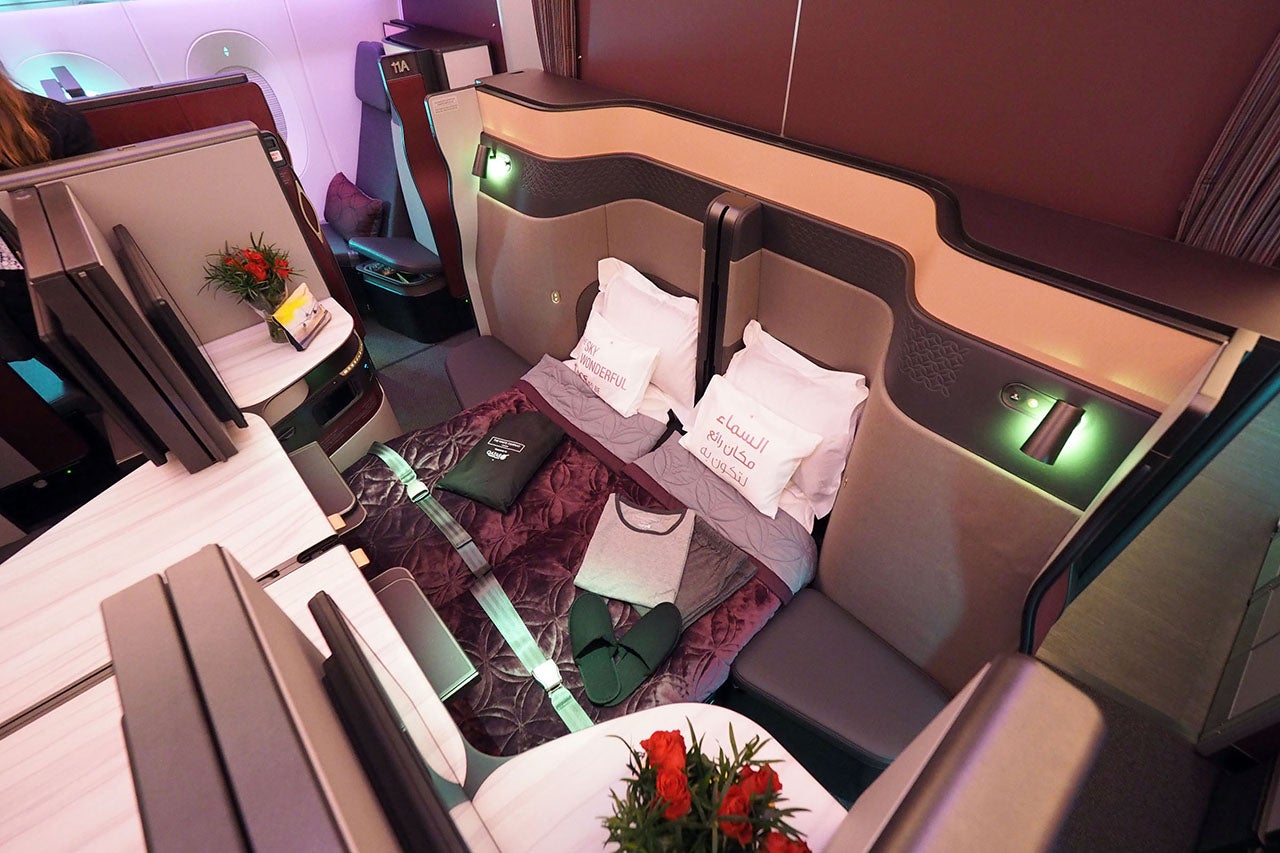 We recently asked our TPG Lounge audience to share their greatest success stories with the American Airlines AAdvantage loyalty program. Here’s a look at some of our favorite answers. (Some responses have been lightly edited for style and clarity.)

From tropical islands like Hawaii and Cozumel to major metropolises like Rio de Janeiro and Paris, our intrepid TPG Lounge members definitely know how to make the most of their American Airlines miles when it comes to seeing the world.

"Not nearly as exciting as some but took our family of four from Dallas (DFW) to Cozumel for 22,500 AAdvantage miles each round-trip for a four-day weekend!" — Christy G.C.

"Only 30,000 AAdvantage miles to fly J one way on LATAM's New York to Guayaquil to Galápagos route. Got a flat-bed seat for the flight between JFK and Guayaquil and 10% back so it was a major steal at 27,000 miles. Not only that, but the route will get you to Guayaquil in the morning so you can fly to Galápagos." — William T.

"From Los Angeles to Paris round-trip for 36,000 AAdvantage miles, before the devaluation when they would give back 10%." — Soroya G.G.

"Round-trip to Barcelona from San Francisco in first class for two at 75,000 miles each." — Allen E.

"Our family of four went to Mykonos on American Airlines and British Airways in June for 30,000 AAdvantage miles each one-way. I checked the AA site daily 10 months out, looked at various destinations in Greece and hopped on it when I found it." — KC N.

Adventures in Africa, India and the Middle East

Not only does our TPG Lounge audience specialize in seeing the world with points and miles, they know how to do it in style, flying some of the best business- and first-class products in the skies to get there.

"Qatar QSuites home from our honeymoon in the Maldives (MLE) to Doha (DOH) to Chicago (ORD) for only 70,000 AAdvantage miles each." — Bryan D.

"75,000 miles plus $65 in taxes and fees to fly from Northern California to Victoria Falls, Zimbabwe, with the long flights on Qatar in a Qsuite." — Thomas P.

"Washington, D.C. (IAD) to Doha (DOH) to Johannesburg (JNB) round-trip for a family of four in business class at 120,000 AAdvantage miles per person total. Took my dad on his first international flight and now he thinks all international travel is as magical as Qatar’s exceptional product." — Jessica R.

Epic Trips to Asia and Oceania

Some TPG Lounge readers mentioned how they'd used their AAdvantage miles to travel to far-flung locales in Asia, Australia and French Polynesia.

"Our favorite usage by far was for our honeymoon. 110,000 AAdvantage miles each way for each of us from New York to Hong Kong on Cathay Pacific, with a return trip from Tokyo in first class. Incredible experiences on both. They knew it was our honeymoon so they did special things and on the Cathay Pacific flight, we got a $300 bottle of Krug as we left the plane." — Pat G.

"Used to be round-trip in Cathay Pacific first class for 130,000 AAdvantage miles from New York (JFK) to Hong Kong (HKG). I love those pajamas." — Kevin C.

"First class on OneWorld partner Cathay Pacific from Los Angeles to Jakarta via Hong Kong for 70,000 AAdvantage miles each way, then on to Bali." — Mariah S.

"AA miles are a fantastic deal for long-haul intra-Asia flights, Sydney to Singapore for 50,000 miles in first, for example, or Sydney to Kuala Lumpur in J for 40,000 miles." — Prash K.

"Qantas first class from Dallas to Sydney for 65,000 AAdvantage miles. It was 2016 and I'd searched about 10 months out from just about every major U.S. city, then decided to check from my hometown airport in Kansas City and found a first-class award to Sydney through DFW." — Debbie G.

"Qantas first class from London to Dubai to Melbourne for 80,000 AAdvantage miles each way. Those were the days." — Ross H.

"New York to Fiji for three in business class for 80,000 per person each way. I just came back." — Giovanna W.

"Air Tahiti Nui in business class from JFK to LA on American Airlines and LA to Tahiti (PPT) on Air Tahiti Nui for 57,500 AAdvantage miles. Only two award seats per plane so I needed to check Expert Flyer a year out." — Graham F.