Articles
Ted Reed has covered airlines since 1989. He was a reporter for six newspapers including The Miami Herald and The Fresno Bee, and he was a staff writer for pre-merger US Airways. He is co-author of the book "American Airlines, US Airways and the Creation of the World's Largest Airline."
Feb. 12, 2021
•
6 min read 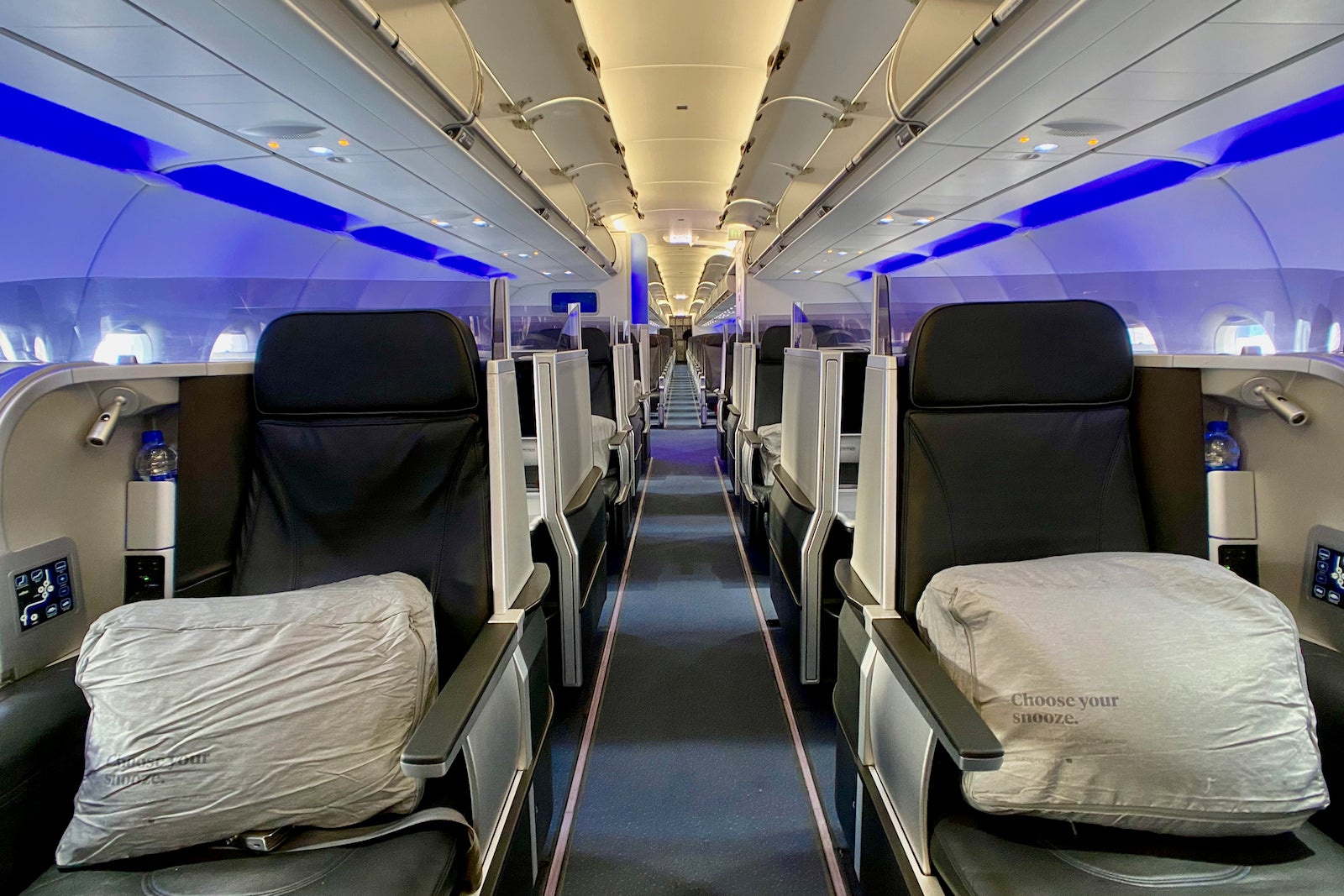 For the airline industry, after nearly a year of trying to guess what a pandemic will do next, perhaps the best recent news was a regulatory filing by JetBlue.

In that January filing with the U.S. Department of Transportation, JetBlue complained that it is being denied access to London Heathrow Airport (LHR). While JetBlue might be frustrated with its access to the U.K. capital, its complaint could be more broadly viewed as a welcome sign that the airline industry is eying a return to normal. Here are five developments that hint that the industry thinks a rebound will come, eventually ...

No. 1: JetBlue fights for Heathrow

Heathrow access is a longtime point of contention: The busiest airport in Europe, used by 81 million passengers in 2019, has just two runways and airlines must fight for slots to use them. But during the pandemic, some carriers could not even use their Heathrow slots and others got slots for the first time.

In the pandemic economy, U.S. airlines have been battling for Florida, not Heathrow. This is not good. Historically, Florida is not a destination that racks up huge profits for passenger carriers. Traffic consists largely of leisure flyers seeking bargains, rather than tightly scheduled business flyers headed for meetings.

It’s discouraging to read that American, Delta, JetBlue, United and Southwest are boosting Florida service. United even ramped up Denver (DEN) to Florida and tamped down LaGuardia (LGA) to Florida.

Much better to fight for Heathrow, which -- in normal times -- has better prospects for profitability.

No. 2: Southwest prepares to serve Fresno

Southwest has been adding a raft of new cities. Yes, some are in Florida. Others include Chicago O’Hare (ORD), already a hub for two carriers, where Southwest will begin service on Feb. 14.

For years, Southwest's growth has generally resulted from adding overlooked destinations such as Fresno, the fifth-largest city in California, and Colorado Springs, a growth city with Colorado’s second-busiest airport. In recent years, it's added or grown at bigger airports like LaGuardia, Washington National and Boston. Now, Southwest is adding new pins across the board.

Southwest’s October announcement that it will serve O’Hare was a sign of progress for Southwest. It's also likely a sign of just how disruptive the pandemic has been to the industry that Southwest was able to sneak into O’Hare, where gates are notoriously hard to come by.

Southwest has used the pandemic as an expansion opportunity, adding 14 new destinations since March 2020. That’s the fastest expansion pace ever of the airline’s route map. Southwest has been able to push into new markets as many of its rivals have cut back during the COVID-19 crisis.

Some of the destinations include other carriers’ hubs, not just O’Hare but also Houston Bush Intercontinental (IAH) and Miami (MIA).

The good news is that Southwest continues to open medium-sized cities with overlooked markets. Southwest begins service to Colorado Springs (COS) on March 11, Santa Barbara (SBA) on April 12 and to Fresno (FAT) on April 25.

The return of the Boeing 737 MAX is not COVID-19 related, but the 737 remains an essential piece of the U.S. airline industry.

Mismanagement by Boeing, once a symbol of aviation safety, has led to allegations of corporate greed as it tried to update the 737 without requiring extra hours of pilot simulator training.

That said, Boeing appears to have fixed the aircraft. American returned the jet to service last month. United resumed MAX flights on Thursday with Southwest expected to do the same in March. Alaska placed a MAX order in December and took delivery of its first MAX on Jan. 24.

"We've eagerly waited for this day,” Alaska President Ben Minicucci said then. "This plane is a significant part of our future. We believe in it, we believe in Boeing and we believe in our employees.” So back to normal.

Alaska made the expected hometown decision to phase out most of its Airbus fleet, but it's otherwise been mostly good news for Airbus during the past year.

On Jan. 21, Airbus -- which has overtaken Boeing to become the world's No. 1 aircraft manufacturer -- announced that it was updating its plan for its A320 production rate. The company projects a gradual increase in production from 40 per month to 43 per month in the third quarter and to 45 per month in the fourth quarter.

However, Airbus noted: “This latest production plan represents a slower ramp up than the previously anticipated 47 aircraft per month from July.”

The manufacturer also said the A220 monthly production rate will increase from four to five as previously expected, while production of the wide-body A330 and A350 will remain at current levels rather than increasing.

“Airbus expects the commercial aircraft market to return to pre-COVID levels by 2023 to 2025,” the manufacturer said.

No. 5: Delta will call pilots back to service

In a Jan. 21 memo, Delta said it is ready to return 400 pilots back to active status this summer.

In the memo, John Laughter, senior vice president of flight operations, said the pilots will be scheduled for training. “As we looked at ways to better position ourselves to support the projected recovery, we saw an opportunity to build back additional pilot staffing in advance of summer 2022,” he wrote.

Looking ahead to 2022, we may need more pilots. That’s a reassuring thought.