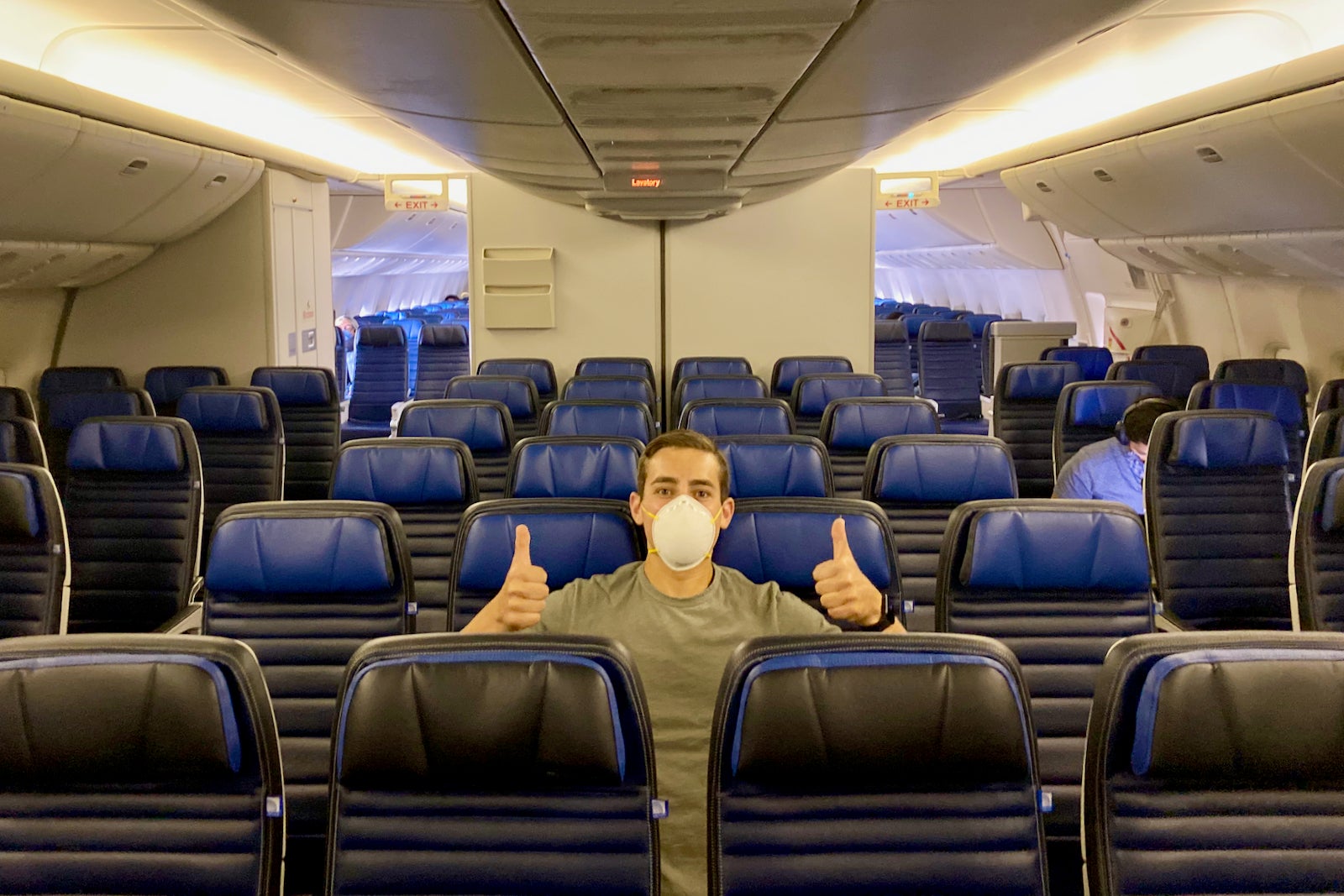 Blocked middle seats are about to become a relic of the past.

Delta recently announced that it'll once again resume selling its flights to 100% capacity beginning on May 1. Armed with studies that suggest the risk of inflight transmission is low and combined with the rapidly growing vaccination rates, the airline believes that it’s time to end its nearly-year-long seat block.

Delta will become the last airline to stop blocking middle seats. Earlier in the pandemic, Hawaiian, JetBlue and Southwest also capped capacity, but those policies were scrapped by mid-January. Alaska is still blocking select middle seats in its extra-legroom premium class through May 31, but it’s selling first-class and coach to 100%.

So, what if you're after an empty middle and aren't flying in Alaska's premium class?

Well, I've taken more than 20 flights since the pandemic, many of which were on airlines that weren't blocking the middle seat. Nevertheless, I managed to score an empty middle seat on most of them. Here's how I pulled it off.

In September, I flew with Frontier Airlines for the first time in over four years. I usually try my hardest to avoid ultra-low-cost carriers (ULCCs), but sometimes the schedule just works out.

Like all ULCCs, Frontier charges for seat assignments and doesn't block the middle. If you decide to not pay for a seat, you’ll be randomly assigned one during the check-in process.

If you follow me on Instagram, you'll recall that I detailed my social distancing strategy there. (Check out my story highlights for a detailed account of what happened.)

When booking my flight, I noticed that most people hadn’t purchased seats. As the check-in window opened 24 hours before departure, the computer system began automatically assigning seats from back to front.

I waited until just two hours before the flight to check-in and most seats from the back of the plane until row ten had been assigned. At this point, I recognized that I could either “chance it” with an automatic assignment or purchase a seat that’d almost guarantee me an empty middle.

I ended up with the entire row to myself — well worth the extra $44 I spent.

In my experience, the same strategy applies to the other ULCCs too. Many flyers choose to let the airline randomly assign seats at check-in. The algorithm typically starts at the back and moves forward — and only assigns extra-legroom or premium seating when the plane is nearing capacity.

So if you're after an empty middle on the ULCCs, check in at the last minute and consider purchasing a preferred seat.

Related: The best cabins for onboard social distancing

Monitoring the seat map, right up until departure time, is another key to securing an empty middle seat.

The legacy carriers (as well as Alaska) offer complimentary first-class upgrades to elite members. These top-tier flyers are also entitled to free extra-legroom seating at the front of the coach cabin.

As upgrades are confirmed in the hours and minutes before departure, extra-legroom coach seating (where the elites are usually sitting) typically becomes available once again.

On a recent United flight, I refreshed the seat map every few minutes to see if I could score an empty middle.

As the gate agent cleared the upgrade list, five seats in the Economy Plus section became available. Unfortunately, the middle seat next to me remained assigned, but two passengers in the row ahead of me were upgraded.

I quickly changed my seat to the row in front — and wound up with an empty middle once the boarding door closed.

So, it pays to keep checking the seat map.

Related: 4 ways to make sure you’re not boarding a crowded flight

Blocked seats do the trick

Due to the pandemic, some carriers are blocking seats near flight attendant stations to promote additional space between the crew and passengers.

If you're sitting next to one of these blocked seats, you'll score some extra space. In fact, this has happened to me twice during the pandemic.

When flying on United from Newark to Denver, the aisle in the first-class bulkhead was reserved for crew member seating. (The same was true a week later from Miami to Newark.)

I strategically chose the window seat in both cases, guaranteeing that I had extra space throughout the flight.

Other carriers, including American Airlines, blocked a few select first-class and coach seats for additional space between passengers and crew.

When you arrive at the gate, ask the agent if there are any blocked seats on your flight. If so, see if you can get the adjacent seat.

These days, many domestic flights are going out full — you might not have a choice but to sit next to someone. Though the aforementioned tips can help improve your odds at scoring an empty middle seat, sometimes you want the guarantee that no one will sit next to you.

Most major U.S. carriers allow you to purchase a second seat for extra space. If that's something you value, we have a complete guide to buying an additional seat for yourself, so be sure to check that out.

Related: How to buy a second seat for yourself on U.S. airlines

Or splurge for business class

Though I haven't purchased a second seat for myself during the pandemic, I've splurged for a first-class upgrade for added space and distancing.

When I notice that a flight is likely to go out full, I take a look at the confirmed upgrade price along with the plane type.

I'm much more likely to upgrade to the premium cabin if I'm flying a regional or wide-body jet.

On many regional jets, first-class is arranged in a 1-2 configuration. If there's a single seat available, then I'd highly consider the upgrade.

The same analysis is true on wide-body jets. If I'm flying an internationally configured plane on a domestic route, I'd investigate the upgrade options, assuming there's a solo seat available.

Upgrading on single-aisle planes like the Airbus A320 or Boeing 737 doesn't make sense for me. Since I'm usually flying solo, there's not that much difference between sitting next to someone in first-class and back in coach.

Of course, your situation will vary based on how many people you're traveling with and the upgrade cost, but it's always worth considering a premium-cabin upgrade, especially on select aircraft types.

There's no better feeling than scoring an empty middle seat.

Throughout the pandemic, a host of U.S. airlines promised extra space on every flight. But now, those policies are history.

As such, you're now responsible for your social distancing strategy. Armed with the aforementioned tips, you'll quickly improve your odds at securing some extra space for your next flight.