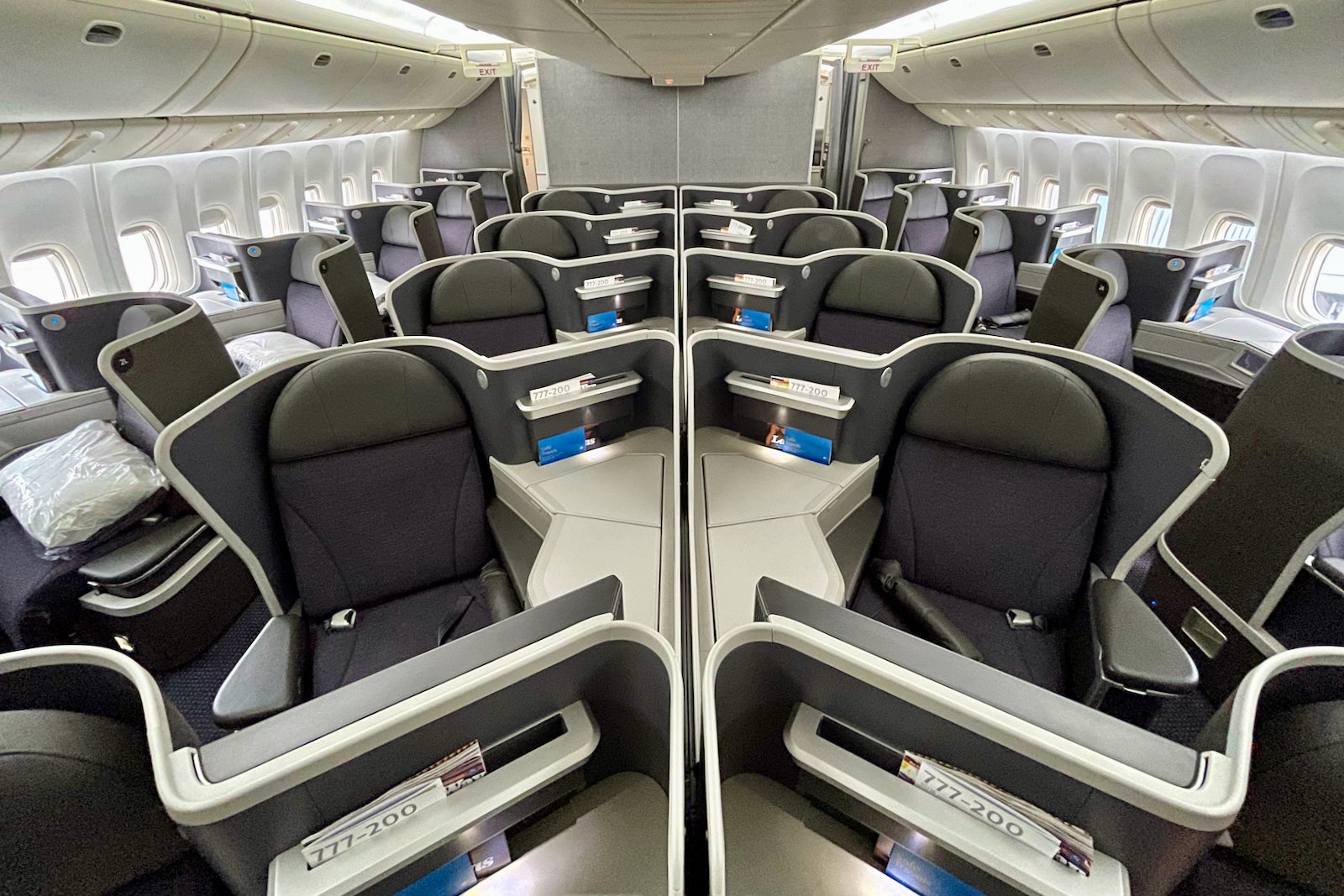 If you're looking to fly in style, this news is for you.

Over the weekend, American Airlines formally filed its schedule for summer 2021, which includes 17 new routes, most of which are to outdoor-friendly destinations, like Florida's beaches and theme parks.

But that's not all. American is also putting its nicest jets on a slew of existing domestic routes. When teasing the summer schedule, the Fort Worth-based carrier announced that it'll upgauge all flying between Miami (MIA) and both New York-JFK and Los Angeles (LAX) with Boeing 777 aircraft.

Turns out, however, that 16 other domestic routes are also getting a major (plane) upgrade. Let's take a look at the details.

Getting lucky in Las Vegas

American is planning nine routes to Las Vegas (LAS) this summer. Nearly half of them will be operated by a wide-body on at least one daily frequency, per Cirium schedules, with the full details below.

If you're looking for the absolute best inflight experience, you'll want to stick with American's Boeing 787-9 Dreamliners. Those jets all feature 30 top-notch reverse herringbone business-class pods, as well as 21 premium economy recliners and 234 coach seats with individual seat-back screens and power outlets.

For now, American isn't selling premium economy fares on any of the aforementioned routes. Instead, those recliners are labeled as Main Cabin Extra seats, making for an affordable — or complimentary, depending on your elite status — upgrade for plenty of extra space.

While several of AA's Boeing 777-200s and 787-8 Dreamliners also feature reverse herringbone biz pods, others are outfitted with an alternating forward- and rear-facing business-class product.

Unfortunately, it’s nearly impossible to know which one you’ll get until a day or two before the flight. However, if you're flying to Vegas, perhaps you'll get lucky.

Orlando is feeling the love

If a visit to Mickey Mouse is on your summer agenda, you'll want to route via Chicago (ORD) or Philadelphia (PHL) for the best onboard experience.

American's upgauging both of those routes, as follows, per Cirium schedules.

In a recent interview with TPG, Brian Znotins, American's vice president of network planning, explained why the carrier is adding more wide-body aircraft to domestic flights, despite it not being the most economical on paper.

He said that “if you have a wide-body plane, you bought that aircraft for long-haul flying… I can fly two [single-aisle] Airbus A320s or A321s for the same price as one wide-body on a per-seat basis. Economically, if I can offer two different schedule options on a narrow-body… that’ll be better for passenger choice than a single domestic wide-body.”

So, why is American adding domestic wide-body service nowadays? Znotins explained that the government’s Payroll Support Program has allowed American to have both crews and widebodies “at the ready” to fly this summer as a rebound in domestic travel looms.

“And now we can offer as much capacity as we can given the infrastructure that we have,” he added.

Deploying widebodies on domestic routes has been a part of American’s network strategy since well before the pandemic started. The carrier previously used these jets in between international jaunts between hub cities, like Miami to New York-JFK.

This summer, nine more domestic hub routes will be operated by American's largest jets, per the table below.

Those are some massive and notable increases. Going all-Boeing 777 between Miami and both New York-JFK and Los Angeles with up to seven daily frequencies is unprecedented.

Domestic travel is rebounding, but it'll be interesting to see if American can fill over 1,800 daily seats on each route, in each direction. Cargo will likely help boost profitability, but there are still plenty of seats to fill.

The three other domestic routes that'll be operated by wide-body jets include both Dallas/Fort Worth (DFW) and Miami (MIA) to San Juan, Puerto Rico (SJU), as well as Miami (MIA) to Boston (BOS).

It's not all good news, though.

Two of American's hub-to-hub routes are losing wide-body service in the latest schedule update. Flights between Philadelphia (PHL) and both Chicago (ORD) and Los Angeles (LAX) will no longer be operated by the Boeing 787-8 Dreamliner, as originally planned between June 3 and Aug. 16.

You’ll find a full list of domestic American Airlines routes operated by widebodies below for June and July 2021, from Cirium timetables.