Redemption of the Week: Taking a Year Off to Travel 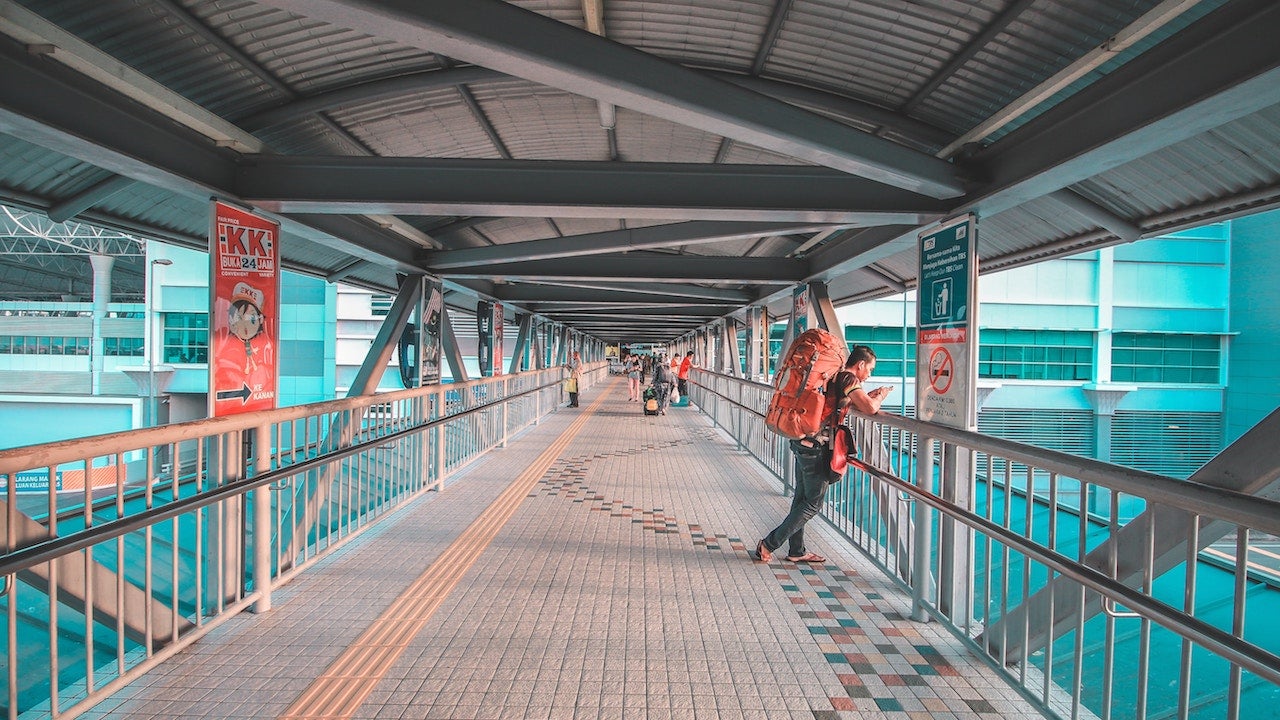 Redemption of the Week: Taking a Year Off to Travel
This post contains references to products from one or more of our advertisers. We may receive compensation when you click on links to those products. Terms apply to the offers listed on this page. For an explanation of our Advertising Policy, visit this page.

For the next Award Redemption of the Week, I want to share a story from TPG reader Brad, who's cashing in his rewards during a lengthy trip around the world:

I've been frugal and fortunate enough to be able to save a large portion of my paycheck, so earlier this year I decided to leave my job, sell my things, sublease my apartment, and take a year off to travel with a backpack as I determine my next career move. While abroad, I've carefully stuck to my budget of about $1,200/month, so I've stayed in hostels, enjoyed mostly free activities, and occasionally slept on friends' couches. However, thanks to points and miles earned from credit card sign-up bonuses and frequent work travel, I've been able to book travel experiences that I couldn't have afforded otherwise.

My trip started at the end of July, when I said goodbye to my co-workers and friends in New York. That night, I flew to Iceland on United's new non-stop from Newark (EWR) to Reykjavik (KEF). I paid $60 cash for this flight, covering the remaining $218 using United e-certificates I'd accumulated as compensation for in-flight issues (like Wi-Fi and entertainment system failures), and refunded fare differences from flight changes. As a United Platinum member, I was entitled to free Economy Plus seating and access to the United Club at EWR.

Since I've been in Europe, I've been mostly traveling by trains, ferries, and buses, but I have taken a few flights to meet friends in other cities. In August, I flew from Billund, Denmark (BLL) to Venice (VCE) and back for a week of hiking in Italy and Slovenia. I booked Lufthansa flights via the Chase Ultimate Rewards travel portal for 19,640 points, getting 1.5 cents per point thanks to my Chase Sapphire Reserve Card. This wasn't the best value, but I wasn't comfortable spending that much out of pocket, and it beat using 30,000 United miles for a round-trip award within Europe.

My Star Alliance Gold status again provided priority check-in, security, and boarding, along with lounge access in Billund, Frankfurt (FRA) and Venice. I also earned a small amount of United miles by paying "cash" for the flight. Booking with the Sapphire Reserve card came in handy when my luggage was delayed for four days after being left behind on a tight connection in Frankfurt, as Chase's baggage delay insurance covered $321 in toiletries and clothing expenses.

In Slovenia, I used 36,000 IHG points for a night at the brand new InterContinental Ljubljana, where my IHG Rewards Club Select card saved me 10% off the normal award rate. Thanks to the additional card benefit of IHG Platinum status, we were upgraded to a Deluxe room, retailing for $240 per night. My status also entitled us to free welcome drinks at the hotel's incredible rooftop bar, which features sweeping views of the entire valley. This redemption was worth about 0.7 cents per point, which is just above TPG's valuation.

Next, I made a last-minute trip from Prague to London and back. I was able to book a [nonstop] flight on British Airways to London City Airport (LCY), which meant it took me just 45 minutes to get from the aircraft door to Central London with a pint in hand. Since PRG-LCY is 630 miles, I was able to book the flights for 8,000 Avios + $53. I made an instant transfer from my Ultimate Rewards account once I saw there was availability on the days I needed to fly. The flights were retailing at $250 round-trip, so I got about 2.5 cents per point. I also received access to the MasterCard Lounge at PRG thanks to my Priority Pass membership.

I spent a night at the London EDITION, my favorite Marriott property in the city. The cheapest available room was going for a whopping $940, so I gladly spent 60,000 points instead. I then headed up to Liverpool with a friend for the weekend. We picked the Aloft Liverpool, a modest but beautiful hotel in a historic downtown building. Rooms were available for $170 or 17,500 points per night for our three-night trip, so we selected the latter. My Platinum status also entitled us to free breakfast and a 4:00 pm checkout.

As for what's next, I'm planning to work my way eastward over the next couple of months. I was able to snag an IHG PointBreaks award at the InterContinental Bucharest, so I needed just 36,000 points for four nights after the 10% discount. I've planned a New Year's trip to Japan with a friend, and booked us two SWISS Business Class tickets from Venice to Tokyo using United miles and 29,000 points transferred from Ultimate Rewards. Marriott availability was tough to come by over the holiday, but I was able to book five nights at the Prince Gallery Tokyo, where I'll redeem 240,000 points (with the fifth night free) for a stay that was going for over $3,500.

After Tokyo comes the redemption I'm perhaps most excited for: five nights at the Ritz-Carlton Kyoto. I again used 240,000 Marriott points for this one, finally exhausting my balance. However, with cash rates pushing $800 per night that week, I'll be getting about 1.6 cents per point. From there I'll continue on to explore Asia over the spring. I'm not sure where I'll go or how I'll use my remaining points, but I'm sure TPG will leave me with no shortage of ideas!

One key to maximizing points and miles is learning when not to use them. Even if you're a big spender or you travel regularly for work, your capacity to earn rewards is finite. That means you should generally conserve them for redemptions that offer good value and avoid burning them on the ones that don't. Brad has done precisely that on his trip so far: by sticking to hostels and public transportation when they're available, he's been able to stay on budget and (mostly) get an above average return from his rewards when they're needed.

Of course, that strategy is predicated on some notion of what constitutes a "good" redemption. You need a basis of comparison, which is why TPG publishes a monthly valuations guide you can use to approximate what your points and miles are worth. If the return you get from an award is substantially below what's listed there, then it's not a great use of your points and you'll likely be better off paying cash. Those numbers aren't written in stone, so feel free to use your own valuations if you think a loyalty currency is overvalued or undervalued by TPG.

Many premium awards to Europe are worth the cost, but award travel within the continent is less viable when there are so many inexpensive alternatives. Europe has plenty of low-cost carriers, and train travel is an easy way to take in the scenery. That said, distance-based awards like the ones offered by British Airways and Iberia are handy for short-haul flights to and from the destinations they serve. United offers a similar discount, as non-stop flights under 800 miles within Europe are 8,000 miles each way. Unfortunately for Brad, his trip from Billund to Venice was ineligible due to the stop in Frankfurt.

In appreciation for sharing his story, we're sending Brad a $200 airline gift card to enjoy on future travels, and we’d like to do the same for you. Please send your own award redemption stories to info@thepointsguy.com; be sure to include details about the booking process and what you learned from it, and put “Award Redemption Story” in the subject line. As always, we'd also love to hear your success and mistake stories. If your submission gets published, we’ll send you a gift to spark your next adventure.