The Frustrating State of United Clubs at Newark Terminal C 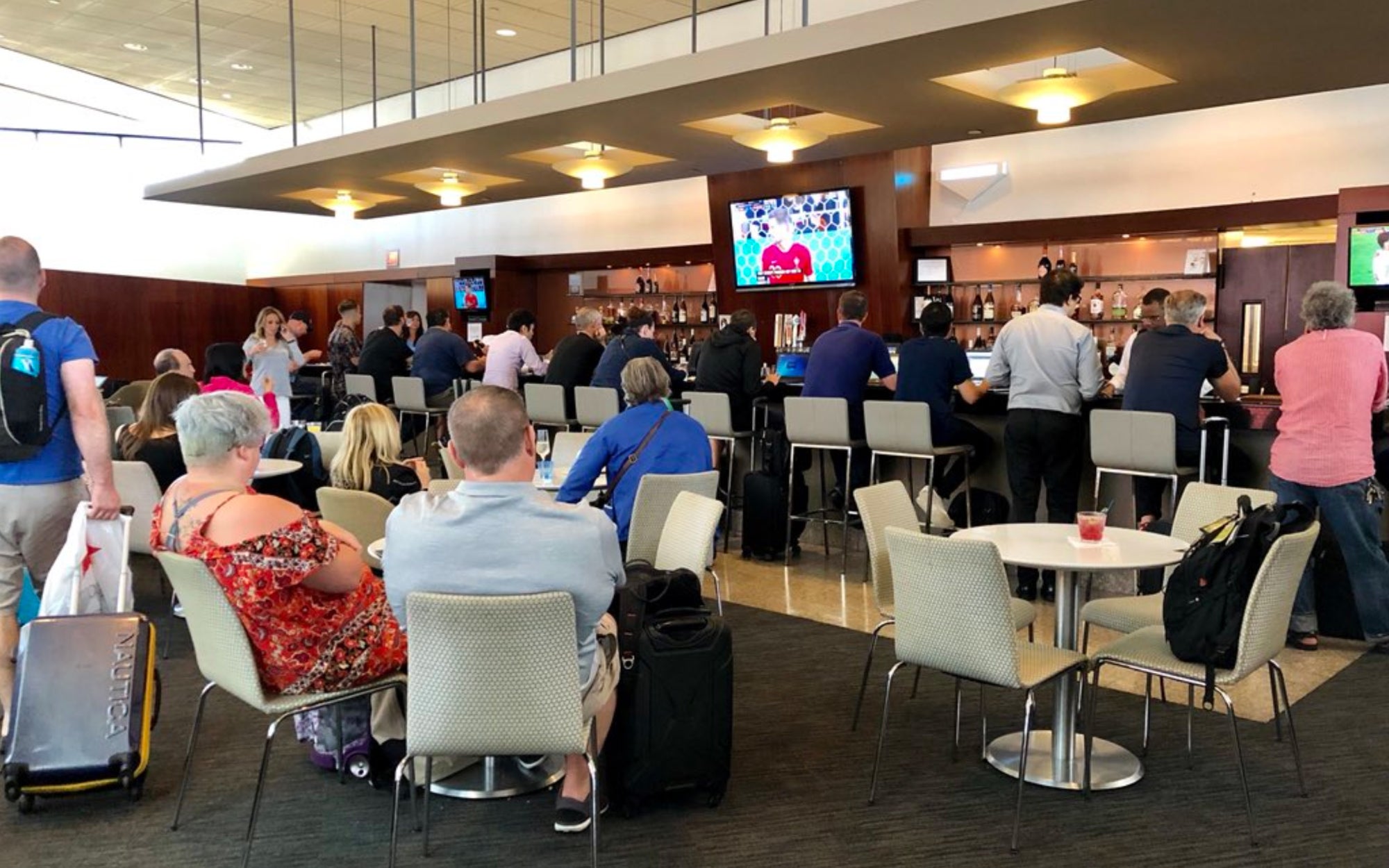 The Frustrating State of United Clubs at Newark Terminal C
This post contains references to products from one or more of our advertisers. We may receive compensation when you click on links to those products. Terms apply to the offers listed on this page. For an explanation of our Advertising Policy, visit this page.

Recently, United's put such a focus on its new Polaris Lounges in Houston (IAH), Newark (EWR) and San Francisco (SFO) that you'd be forgiven for assuming that they've replaced the United Club as UA's catch-all airport lounge. But that's not the case at all — in fact, the United Clubs Polaris left behind are so in-demand that they've become a cause of constant frustration among members and premium travelers alike.

Of the United hubs that now offer a Polaris Lounge — the three mentioned above, plus the first location at Chicago O'Hare (ORD) — Newark and SFO are particularly hard hit, since those Polaris Lounge locations have completely taken over their respective airports' largest former United Clubs. A fix is in the works in San Francisco, but due to the incredibly limited space available at EWR, it sounds like it'll be quite some time before New York City-area flyers have a new permanent location to call home.

In the meantime, customers can access two United Clubs in Newark's Terminal C, where most UA flights depart from: a slightly refreshed permanent location near gate 74, and a second "pop-up location" near gate 124. Even though it only offers beer, wine and light snacks, the "pop-up" location isn't exactly temporary — it's been operating for over a year, and there isn't any indication that it'll be going away soon.

The main lounge offers the standard suite of food and beverage perks, including salads, meat and cheese platters and a full bar with free well drinks, house wines and a limited selection of free beer. Both locations can get overwhelmingly crowded, though, especially ahead of the evening rush to Europe.

Fortunately, business-class travelers on those flights will likely head to the Polaris Lounge, but entrance is limited to Polaris flyers — United Club members (including via the United MileagePlus Club Card) and economy passengers with Star Alliance Gold status are limited to the two regular lounges, instead. Of course that doesn't stop them from trying to access the Polaris Lounge — and, considering the state of Terminal C's United Clubs, I certainly wouldn't blame anyone for trying.

Now, there's another alternative that we don't hear about much: the United Club in Terminal A. This lounge was recently renovated, and I've never seen it crowded, but you'll need to take a bus if you want to access it from the Terminal C gates without passing through security a second time. This also happens to be the only Newark location currently allowing access with one-time passes, so if you have those from the United Explorer Card and you have an especially long layover, you might want to head to Terminal A. That solution isn't especially practical for travelers originating at Newark, however, or arriving and departing on flights through Terminal C.

As a result, frequent flyers are pretty fed up with the current Newark experience — a handful have written in, and Scott S. even sent us a graphic that helps to explain his frustration:

And in case that wasn't enough, Scott explained further in an email to TPG:

In Terminal C at EWR, United took their most conveniently located club and turned it into a Polaris Lounge. For the thousands and thousands of passengers that depart daily from gates 101 to 115, the nearest United Club is now a 10+ minute walk when it used to be right next to these gates. There is now a "pop-up" lounge near gate 120, which is very small, has no bathrooms and limited food and drinks. I have yet to talk to an EWR-based United frequent flyer that is not angry about spending $500 a year to have their club experience significantly degraded.

That's not to mention the crowds — both lounges seemed to have a decent amount of open seats during my mid-day visit ahead of my flight to United's Houston Polaris Lounge opening. Early afternoon tends to be fairly quiet based on my previous experience.

As for what's next, I've heard some rumblings about a new permanent United Club above the end of the C3 section on the map above, just a few feet from the current "pop-up" lounge, but the airline won't comment beyond sharing the current lounge locations and operating hours already listed on United.com. An upper-level lounge seems to be the most reasonable solution, though, considering how limited Newark's retail space is at the moment.

All I know is that a new United Club couldn't come soon enough — travelers have grown awfully frustrated with the way United's handled its lounge situation at Newark, which makes perfect sense when you consider they're paying as much as $550 per year for the privilege of access.

Related stories
Flying Blue finally fixes its award search, making it easier to book award tickets
Newark's gorgeous new terminal just got delayed into 2023
The best credit cards for paying your cellphone bill
Why you should consider having both the personal and business Amex Platinum cards
Editorial disclaimer: Opinions expressed here are the author’s alone, not those of any bank, credit card issuer, airline or hotel chain, and have not been reviewed, approved or otherwise endorsed by any of these entities.