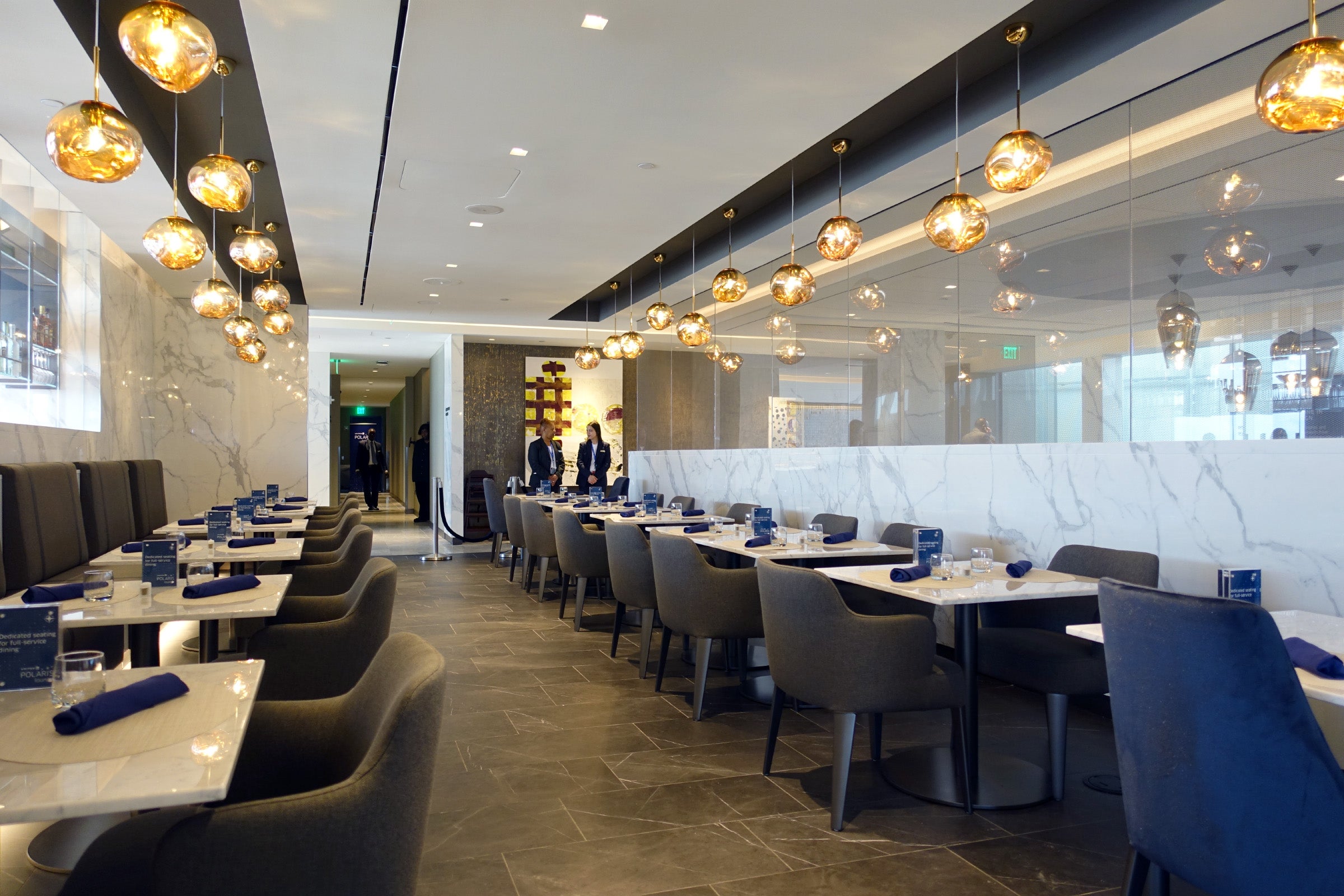 It's a day many Texas-based United flyers have been waiting to see for quite some time — the opening of United's Houston hub Polaris Lounge, which is officially accessible to eligible travelers beginning Friday, June 29.

As of that date, United will offer four Polaris Lounges within the US, including:

This latest location in Houston is positioned near gate E12, alongside the Terminal E United Club, making it easy for guests to find their proper lounge. At launch, it'll be open from 5:30am until 10:00pm, though the hours are subject to change.

While the lounge measures 12,528 square feet, it doesn't feel nearly as large as the new locations in Newark and San Francisco.

There are a total of 191 seats, which might seem a bit light given the 440 United's boasting in San Francisco, though there are far fewer eligible passengers passing through IAH than you'll find at other UA hubs, with roughly 13 Polaris-eligible departing flights per day. Newark has three times that many, for example.

The Houston Polaris Lounge has 22 work stations, offering a bit of privacy as you wrap things up before a long-haul flight.

There are plenty of places to charge up, with 324 power outlets and 264 USB ports.

Each shower comes equipped with Saks Fifth Avenue towels and Cowshed Spa amenities. You can also ask the staff to steam your clothes as you freshen up, if you'd like.

Like the other Polaris Lounges, the Houston location offers day beds — but just two in this case, which seems like too few.

There are Saks pillows and blankets available — the same ones you'll find on the plane — plus water bottles, chocolates and other amenities.

There are a total of 14 tables, with seating for up to 28 guests.

You can choose items from the buffet...

United's offering items that represent the local area along with the airline's South American destinations, such as empanadas.

The food options were a bit limited during the media preview, but we did get to sample a mix of breakfast and lunch items, including biscuits with a variety of delicious-looking spreads.

There were also salads, and plenty of desserts.

The lemon curd with citrus meringue and fresh berries was my personal favorite.

While the a-la-carte items weren't available yet, the spread and quality looked similar to what I've seen at the other locations — in other words, pretty great overall.

The Polaris Lounge offers a large, staffed bar area, just like at the other locations.

Some of the usual suspects are available in Houston, such as Cloud Cover and the United Polaris Old Fashioned.

The Paper Plane has landed at IAH as well.

As with the other locations, there are "local favorites" here too — Brazil's national cocktail, the caipirinha, along with a custom drink called Caliente on the Rocks, which you can order just as spicy as you wish.

Polaris Lounge access is restricted to passengers traveling in the following cabins:

First-class passengers may also bring a guest, but access is restricted to long-haul intercontinental travel — if you’re flying between the US and Canada, Mexico, Central America or the Caribbean, you won’t have access, unfortunately.

This new lounge is beautiful, and the staff seems friendly and eager to help, too. United reps kept explaining that this location was "designed to feel like a boutique hotel." I was kinda picking up on those vibes, but that's also a marketing-approved way of saying "it's a bit on the small side."

I'd agree with both descriptions, but given the far lighter long-haul load passing through IAH, the size seems to make sense relative to the lounges in Chicago, Newark and San Fran. We'll have to see how it feels ahead of the afternoon rush to Europe and South America, though I wouldn't expect it to be even a little bit crowded before noon.

As with all Polaris Lounges, the access restrictions will help with crowd control, while at the same time serving frustrated customers fed up with overstuffed United Clubs. Fortunately, the large Terminal E location next door has plenty of seating for now, but at some point that'll undergo a renovation, leaving customers to walk a bit to find a quiet place to hang before their domestic or international economy flight.

Finally, like the SFO outpost, the Houston Polaris Lounge has the good fortune of being located just a short walk from an Amex Centurion Lounge, which leads to the obvious question: which one should you pick? If you're flying Polaris or Star Alliance biz, I'd definitely stick with United, for the higher-end food and beverage, amenities and plenty of places to sit. If you can't get in, customers with eligible cards, such as The Platinum Card® from American Express and The Business Platinum Card® from American Express, should head to the Centurion Lounge in nearby Terminal D, instead.