How 2,000 miles, 4 national parks and a $10 rental car made me love the great American road trip

Articles
Chris Dong was a reporter at The Points Guy, where he covered the intersection of credit card rewards and travel.
March 24, 2021
•
11 min read 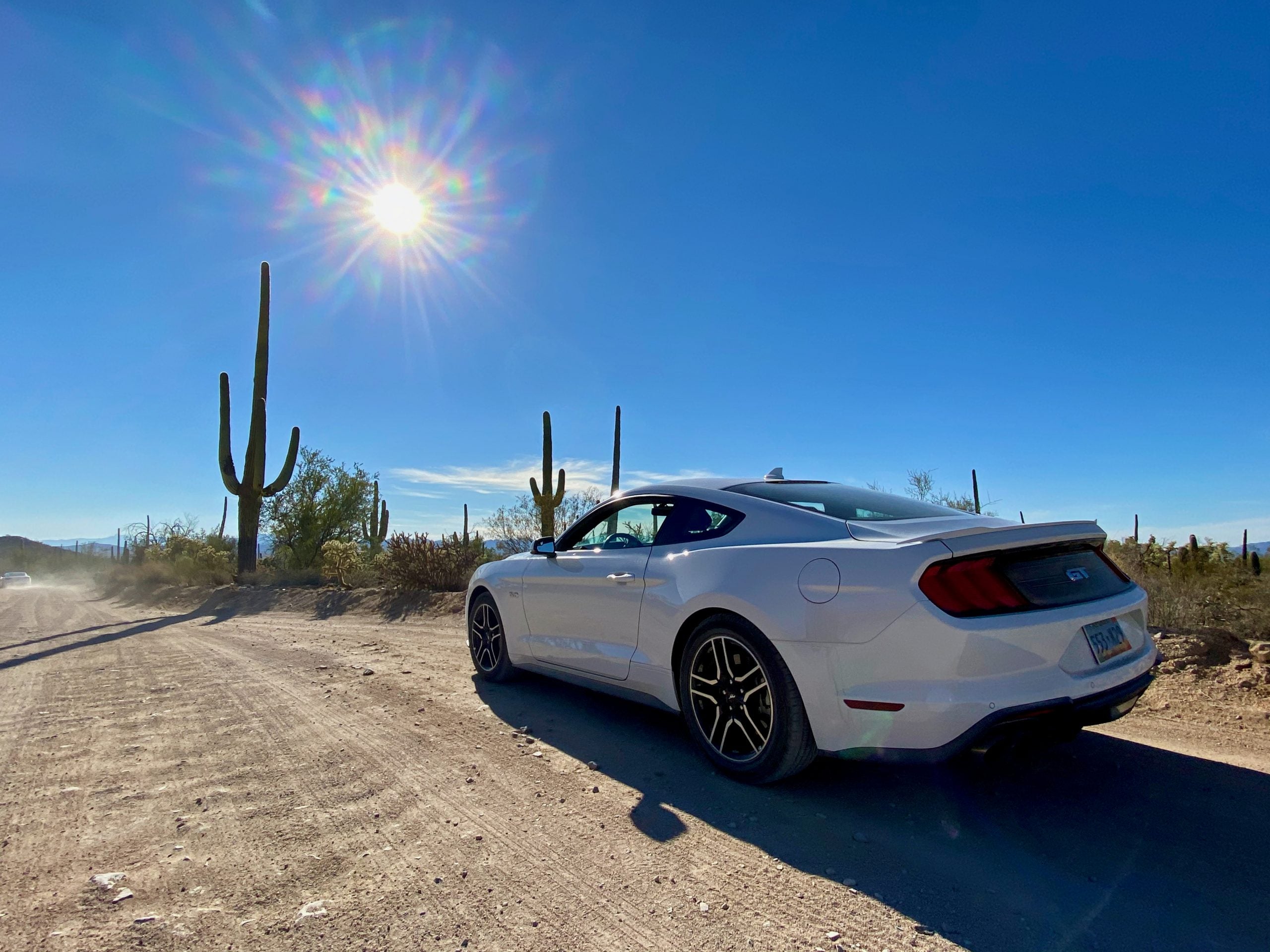 In early 2020, I was dreaming about travels to faraway destinations.

Multi-day treks in Patagonia. Reconnecting with my roots in Hong Kong. Obviously, the pandemic put an indefinite hold on those plans.

But all was not lost in the travel department. As a New Yorker with a love for the outdoors, I knew alternatives were out there.

And so it began. Last spring, a "getaway" meant a solo weekend hike an hour north in the Hudson Valley of New York. Then, the summer came along and I adventured further afield to the bucolic setting of the Berkshires (and a new Miraval resort).

However, it wasn't until nearly the fall when I realized that exploring the rest of the U.S. has long been put on my personal backburner. And now was the time to do it.

In October, I first spent weeks outdoors in both the Pacific Northwest and Utah, adding new states, national parks and travel methods (camper van) to my ever-growing list of domestic itineraries.

Then, most recently, I had my longest (distance-wise) road trip yet. In February, I embarked on a 2,000-mile, one-way journey that encompassed four national parks, three states and a journey through some of the most beautiful landscapes that I've ever seen.

Over the past year -- and even more so on this one road trip -- I've discovered a newfound appreciation for all the beauty that lies within the U.S.

Here's how I made that road trip happen, why it mattered so much and some of the best sights along the way.

How my trip came about

As with many of my greatest travel experiences, this one was initiated because of a deal.

For a limited time earlier this year, Hertz was running one-way relocation rentals for just $10 per day. While that's an incredible rate, the caveat was that you had to start somewhere on the West Coast and end either in Texas or along the East Coast -- with a maximum of 10 days to get there.

For some, those limitations might be a deterrent, but I saw it as an opportunity.

Here was my chance to explore a region of the country that I had barely even seen. Besides a short, three-day work trip to Phoenix last year, I had never visited the Southwest.

After spending hours ideating on an itinerary, I settled on one that would last 10 nights spanning four national parks and three states (and driving through another) -- and one Hertz rental that would get me through it all.

The sweeping Southwest journey had one noticeable gap -- New Mexico. When booking this trip, New Mexico had a strict, 14-day quarantine rule in place for anyone visiting from a "high-risk" COVID-19 state (this is no longer the case as of Feb. 11, 2021).

Those passing through the state were exempt from these restrictions. Therefore, you'll notice on the map that I drove through but did not visit anywhere in New Mexico.

Even better, because of my Hertz President's Circle status (a perk of Delta Diamond Medallion status), I was able to secure an amazing car upgrade.

Instead of the compact car that I originally booked, I received a 2021 Ford Mustang GT. This sports car came with a 460 horsepower, V8 engine that made driving across the Southwest so much more fun.

Across the 2,000-mile journey, there were a plethora of outdoor adventures to be had. Due to the relatively short duration of the trip, I had to be picky about which sights to see, hikes to complete and vistas to take in.

My goal wasn't to fully immerse myself in a specific area for days on end. Instead, it was to get a taste of four national parks and a sampling of the region's offerings.

The idea was to scope out the scene, if you will, in preparation for my return to the area in the future.

For each national park (as well as for Sedona), I did want to learn some of the particular area's history, complete a hike or two and see some incredible views.

And after my trip came to a close, I can say without hesitation that I was able to complete all of those things.

At the Grand Canyon, I hiked along the Rim Trail for several miles at sunset. In fact, almost every day on my trip, I saw some sort of picturesque sunset.

In Sedona, I completed three separate treks, including one to the famed Cathedral Rock and another that looped the small Sedona Airport (aptly called the Airport Loop Trail).

I climbed to the highest point in Texas at Guadalupe Mountains National Park, all 8,751 feet. And I walked along the shallow banks of the Rio Grande at Big Bend National Park, with Mexico in full view.

There were panoramic vistas aplenty on this trip too.

From deep canyons to high elevation deserts to an endless forest of pine trees, there was a diverse array of flora, fauna and climates on this one journey.

Naturally, as this is TPG, there's a points, miles and credit card angle to this trip, too.

Since I have The Platinum Card® from American Express, I have access to the Fine Hotels & Resorts (FHR) program providing elite-like benefits at over 1,000 properties in over 500 cities worldwide. Those perks include late checkout, free breakfast, room upgrades and a $100 credit of some kind (varies by property).

On my first night before hitting the road, I stayed at the Delano Las Vegas. With a base nightly rate of just $99 (plus fees), I nearly came out ahead when you consider all the benefits of FHR, including a $100 food and beverage credit and comped breakfast.

Related: How I use my card benefits to take advantage of hotel perks

Additionally, I stayed at two Hyatt properties along the way, booked with World of Hyatt points. One of those stays included a perfectly-situated-for-outdoor-adventure Hyatt Residence Club in Sedona.

At the time of travel (this promotion ended on Feb. 28, 2021), those with the World of Hyatt Credit Card received 25% of their points back on hotel redemptions. And with elite qualification rules cut in half in 2021, it's easier than ever to earn status with Hyatt.

Surprisingly, the one area that made the most lasting impression on me was...West Texas.

Between the quirky art scene, the rich history and the expansive landscapes there was no shortage of activities, even in some of the most remote towns that I've ever come across.

But what truly made the difference were the people. For many of us, including myself, much of the past year has been spent in isolation.

So even while masked and socially distanced, the feeling of connecting with another human felt like a rare gift. And the locals that I chatted with had an extra dose of humanity that I truly missed.

Whether it was the sole curator in the tiny Marfa and Presidio County Museum or the gas station attendant warning us of road conditions en route to Big Bend, the ability to chat with locals from a small town -- and hear their perspective -- was something I didn't realize I so badly needed.

Traveling this past year meant spending the majority of time outdoors, away from crowds. This road trip meant reconnecting with the natural beauty of the U.S.

It also made me realize something oddly profound: that the thrill of travel and self-discovery doesn't have any borders.

My drive through the desolate West Texas desert gave me the same initial butterflies-in-my-stomach feeling that I remembered experiencing when I first set foot in the Sahara Desert. Or hopped off the plane in Sri Lanka. Or whatever international adventure it was.

And safely connecting with people along the way, especially while in a remote Texas town, kept me grounded and in touch with what makes travel truly amazing.

I can't wait to get out there again -- domestic, international and everywhere in between.

Featured image by Even a sports car can traverse the unpaved Bajada Loop trail (Photo by Chris Dong/The Points Guy)
Editorial disclaimer: Opinions expressed here are the author’s alone, not those of any bank, credit card issuer, airline or hotel chain, and have not been reviewed, approved or otherwise endorsed by any of these entities.