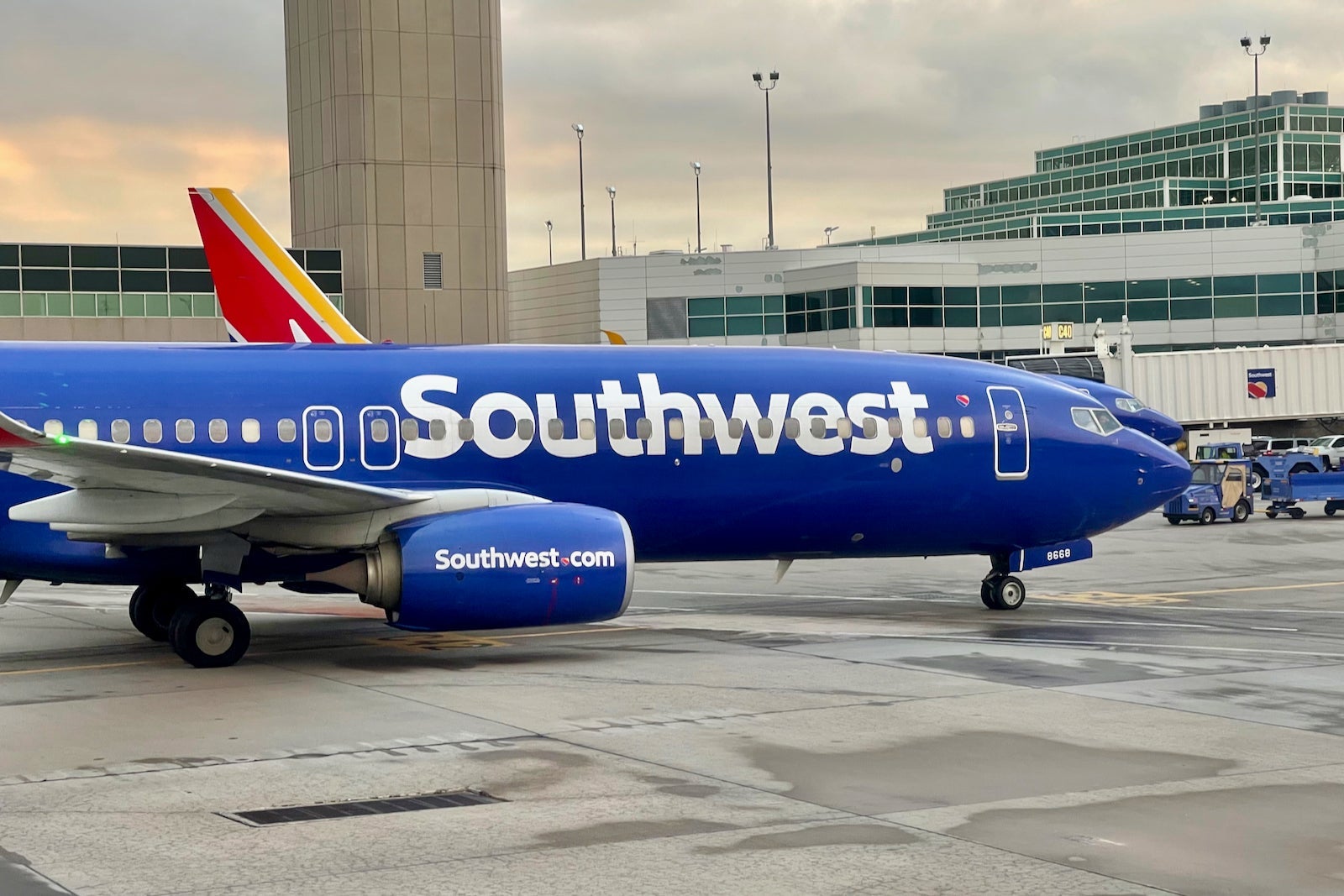 Southwest Airlines is on a tear.

The Dallas-based carrier has been growing like a weed throughout the pandemic, and that trend continues with Thursday's announcement of two new destinations, as well as a slew of new and returning routes.

As part of the news, Southwest is also extending its bookable schedule through Jan. 5, 2022, giving flyers a head start at planning trips for early winter.

Southwest has added more dots to its route map during the pandemic than any other U.S. carrier. On Thursday, the airline announced that it will land in Syracuse, New York (SYR) — its sixth airport in the state — beginning on Nov. 14, marking the 18th new airport the carrier has added since early 2020.

Service will commence with up to three daily flights to Southwest's Baltimore (BWI) operating base, providing connectivity to more than 50 destinations throughout the airline's network.

Getting closer to Canada with two new routes

Southwest first announced that it's adding Bellingham, Washington (BLI) to its network in March. At the time, the airline said that service was slated to launch in the second half of 2021, and now we have the full details.

Flights will begin on Nov. 7, with routes as follows:

Bellingham is a popular airport for budget-conscious travelers looking to get to Canada. The city sits just south of the U.S. border with Canada and is a relatively short drive to downtown Vancouver – one of Canada’s most populous cities that’s only about 50 miles from the BLI airport.

Southwest does not currently fly to Canada.

As travel recovers, Southwest is gearing up to return to every international market that it temporarily stopped serving during to the pandemic. Though some previously flown routes are not currently slated to return, all international stations will reopen by Nov. 7, the airline said.

In addition to the resumptions — you'll find the full list of routes below — Southwest is also adding five new international routes.

Other notable route additions include a new Saturday-only seasonal flight between Denver (DEN) and Liberia, Costa Rica (LIR), which is poised to go head-to-head with United's existing flight in the Denver market.

Elsewhere, Southwest is adding two new Saturday-only routes to San Juan (SJU), from both St. Louis (STL) and Buffalo (BUF) beginning on Nov. 13. (Southwest considers Puerto Rico to be an international destination even though it is a U.S. territory.)

Southwest isn't just bringing the love to its new cities or international outstations. The carrier's domestic network is also getting a boost.

On the heels of a major Austin-focused expansion in March, Southwest is adding three new routes from this rapidly-growing metropolis to Columbus (CMH), Pittsburgh (PIT) and Sarasota/Bradenton (SRQ), beginning between Nov. 20 and Nov. 23.

As Austin's growth shows no signs of slowing, neither does the city's air service. On Thursday morning, American Airlines also announced its own Austin-focused expansion, with 14 new routes joining then ten other new ones it unveiled earlier this year.

America's newest airline, Breeze, will face some new competition from Southwest. The carrier is launching flights from Oklahoma City (OKC) to Tampa (TPA) and New Orleans (MSY), two routes that were completely unserved until Breeze's launch. Now, both Breeze and Southwest will go up against each other in those two markets.

Other notable domestic additions include a new route to Hawaii, between Sacramento (SMF) and Kona (KOA), beginning on Dec. 19, joining Southwest's recently announced expansion in the Aloha State that includes 3 new gateways and 15 new routes.

Additionally, the carrier continues to focus on outdoor-friendly destinations in the continental U.S.

Beginning on Oct. 7, the carrier will connect SMF and Palm Springs (PSP), a California city known for its world-class golfing, spas and other outdoor recreational activities. Nonstop service to PSP from Dallas Love Field (DAL) will launch on Nov. 7.

The carrier will also launch additional leisure-focused service for those looking to escape the winter in the Northeast. On Nov. 7, the airline will add flights from Washington D.C.'s Reagan National (DCA) and New York's LaGuardia (LGA) airports to SRQ.