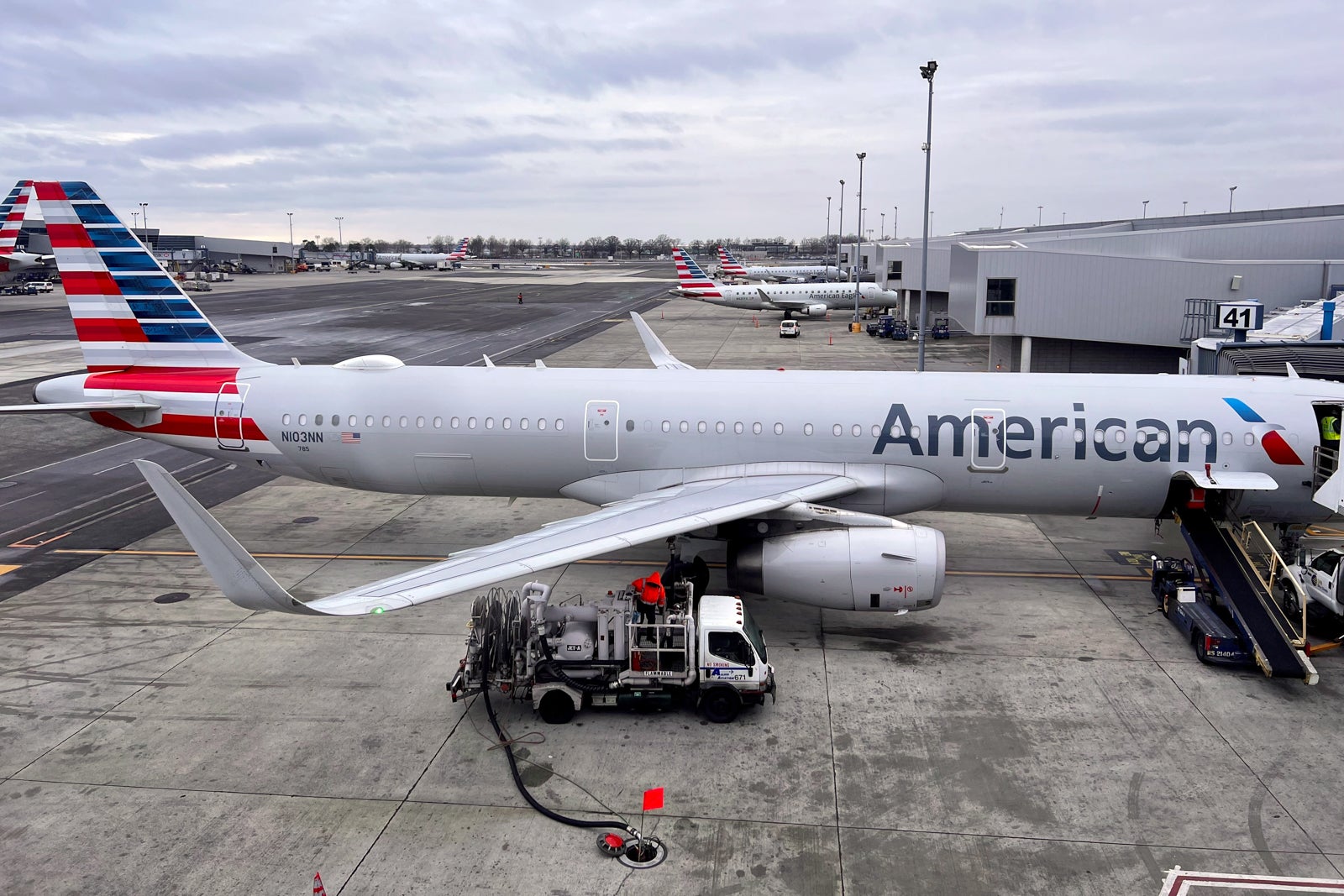 Some people might call me crazy, but I’m not going out of my way to earn American Airlines status right now.

That’s not to say that I won’t end up requalifying for American’s Executive Platinum status at some point this year. But, I’m not changing my behavior to get there — at least for now.

The basics of Loyalty Points

In case you missed it, American is completely revamping how you earn AAdvantange elite status beginning on March 1. Going forward, American's new currency, Loyalty Points, will determine where you land in the elite ranks.

Loyalty Points replace the mix of elite-qualifying flights and minimum spend that used to be required to earn status.

Loyalty Points will still be earned from flying, but the list of elite-earning partners is expanding to include spending on cobranded credit cards and many other non-flying activities. This includes hotels booked through Rocketmiles, purchases made through portal sites such as AAdvantage eShopping and through select retail partners, like Shell and FTD. (You'll find the full list of Loyalty Points-earning partners here.)

Along with the new currency comes a new elite-qualifying calendar, which will begin on March 1, 2022, and run through Feb. 28, 2023. To accommodate for the change in program year, American is offering a unique double-dipping opportunity from Jan. 1, 2022, through Feb. 29, 2022. During this two-month window, travelers can earn elite credit towards both 2022 and 2023 status.

To maximize this double-dipping opportunity, many of my colleagues at TPG (along with some readers) have been eager to get a head start on accumulating Loyalty Points for 2023 status. We've even been testing out all the unique ways you can earn Loyalty Points and sharing some of our top strategies.

That said, I'm not planning to do anything differently right now.

Unlike some of my colleagues who are trying to earn AAdvantage status without stepping foot on a plane, I actually fly quite a bit with American and its partners, including those in the Oneworld alliance and JetBlue.

Assuming that my flying patterns largely mirror those from 2021, I'll continue to earn a bulk of my elite-qualifying progress from flights themselves.

Qualifying for top-tier American Airlines status requires 200,000 Loyalty Points. Current Executive Platinum members earn 11x miles (and Loyalty Points) per dollar spent on American flights, meaning that requalifying would require roughly $18,000 in spending, about $3,000 more than it did before the pandemic.

That's a ton, especially as the pandemic continues to interrupt my travel plans, but it's not necessarily impossible, especially if you plan to fly discounted premium-cabin itineraries on Oneworld partners.

I doubt I'll cross the finish line from flights alone, but I won't start spending on my cobranded AAdvantage card or go out of my way to use the AAdvantage shopping portal (and similar programs) to close the gap right now.

After all, I need to factor in the opportunity cost of the spend (and my time), as well as the fact that I can't predict what the future will hold.

If I started spending on my cobranded American credit card or using the AAdvantage online shopping portal right now, I'd be forgoing spend that I could make elsewhere, both on a different credit and through a different shopping portal.

For instance, I'm currently working toward the sign-up bonus for the recently launched Capital One Venture X. After I hit that bonus, I'll spend on other cards that earn bonus multipliers in different categories, like groceries and dining, which I value more than AAdvantage miles.

The same opportunity cost consideration is true for earning Loyalty Points from non-air and non-card spend. If I started earning AAdvantage miles and Loyalty Points from my hotels, I'd be missing out on earning hotel points (and in some cases, elite-qualifying progress) with my favorite hotel loyalty programs.

Plus, if I shifted to using American's shopping portals, I wouldn't be able to use my preferred online shopping portal, Rakuten, for my e-commerce purchases. I accrue much more valuable Amex Membership Rewards from Rakuten, so if the earning rates are similar between AAdvantage eShopping and Rakuten, I'd choose the latter.

It's never been easy to predict the future, and that's especially true these days.

For one, it's possible that American might ultimately lower the elite-qualifying thresholds due to the pandemic later this year. The airline could also launch limited-time promotions to retain status, just like it did in 2021.

If that's the case, I'd be especially frustrated if I went out of my way to earn Loyalty Points now. Without a good picture of what the future holds, I think it's too early to be giving American all of my air and non-air business.

While I won't be changing my behavior to earn Loyalty Points, I'll still keep my eyes peeled for one-off deals to boost my balance.

Whether that means earning a boatful of bonus points on Valentine's Day flowers or purchasing a bonsai tree (or two) for my apartment, I'm still going to play the Loyalty Points game.

I just don't feel the need to get a head start so early in the first quarter.