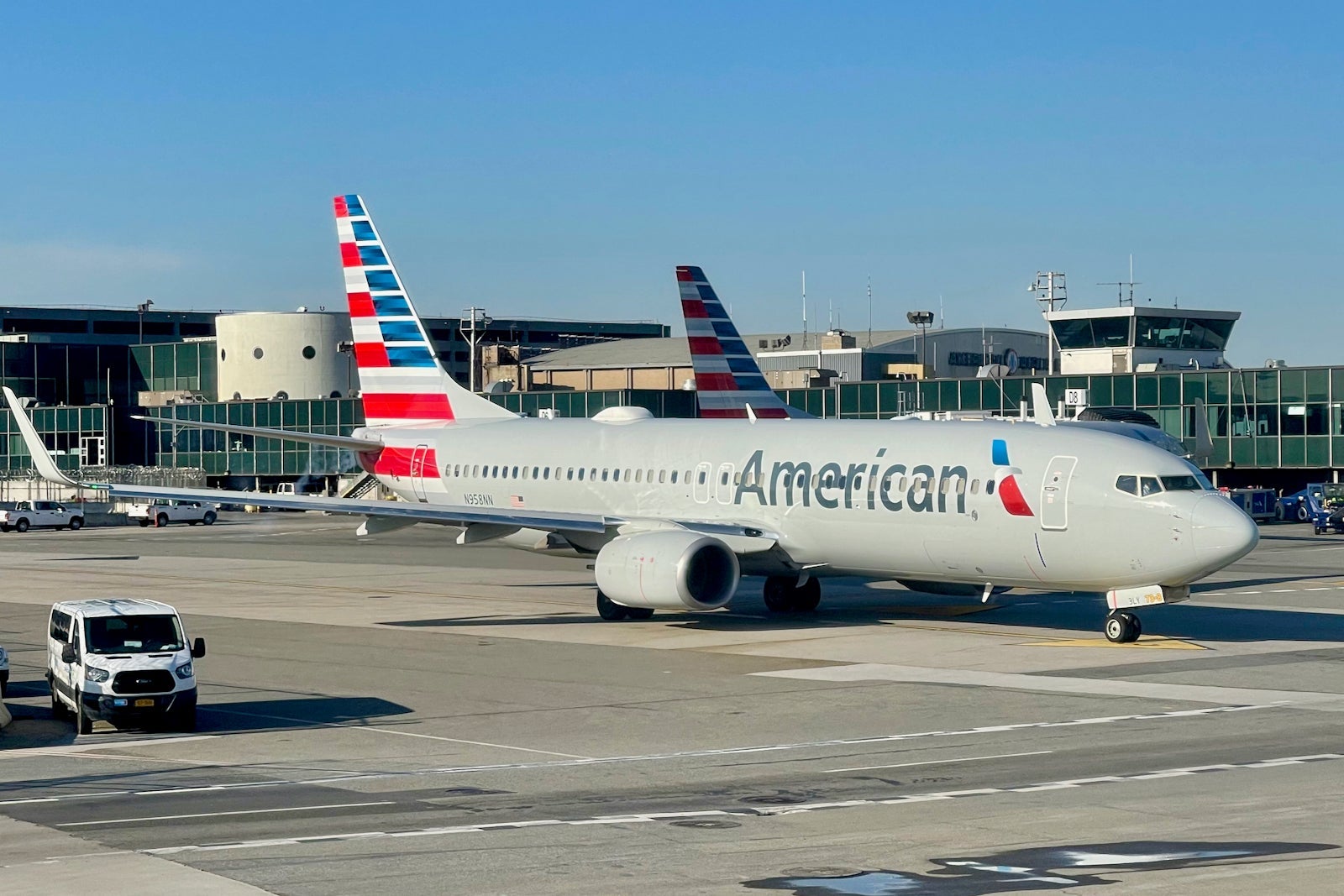 The Fort Worth-based carrier just became the last of the Big 3 U.S. airlines to announce mid-year loyalty program adjustments. Though the news is all part of one major update, it's broken down into six individual changes that together make it easier to earn elite status this year and take advantage of your existing benefits.

In explaining these changes, Rick Elieson, the president of the AAdvantage loyalty program, told TPG in a meeting at the carrier's Skyview headquarters that these adjustments will hopefully encourage renewed interest in the airline.

"What I want is people to engage with our airline. I have an elite program, and I want it to be bigger every year. I want more people to qualify. I want them to push me," he said.

To Elieson's point about growing the elite population, every AAdvantage member can now log in to their account and register for a bonus elite-qualifying promotion.

The EQM promotion is capped at the first ten segments flown through Aug. 31, and there's no minimum spend, fare class or booking date requirement. The bonus amounts are as follows:

Though the promotions vary by your current status tier, the fine print remains the same. You'll receive bonus elite-qualifying miles (EQMs) per segment flown from the time you register through Aug. 31.

Additionally, the promo is valid on partner airlines — any flight that is eligible to earn elite-qualifying credit is eligible for bonus EQMs, except for basic economy fares. As such, it could make sense to credit upcoming Alaska or JetBlue flights to AA to take advantage of the offer.

As a reminder, in late 2020, American Airlines made it easier to earn status, by slashing the traditional thresholds by roughly 20 to 33 percent, per the chart below.

The carrier also rolled over all elite-qualifying progress earned in the fourth quarter of 2020 into the 2021 program year. Remember that any status earned in 2021 will be valid through Jan. 31, 2023.

In addition to the EQM promo, AA's giving all current elites another fast-track to requalifying with an elite-qualifying dollar (EQD) boost.

The number of EQDs you'll receive will vary based on your current status. You can register for this boost in your personalized AAdvantage promotion center on aa.com.

Note that there's no flying required to earn the EQD boost — once you register, the EQDs will be automatically deposited within 24 hours.

As mentioned above, you'll need to earn either the reduced number of EQMs or elite-qualifying segments (EQSs), as well as hit the EQD threshold in order to requalify for status this year. (Note that American isn't currently offering an EQS promo or boost.)

With airfares still lower than pre-pandemic levels, giving elites an EQD boost should help them close the gap on requalifying.

While the EQD promo should help account for lower-than-normal airfares, AA's EQM boost still requires elites to get back in the air with American. These promotions feel fair for a mid-year adjustment, though some elites, especially those with restrictive corporate travel policies, may fall short of requalifying despite the bonuses.

However, if you're still too far away from the thresholds, the carrier rolled out another path to hitting the EQD goal late last year.

If you spend $30,000 on purchases on any cobranded AAdvantage credit card during the calendar year, you'll be exempt from the EQD requirement, up to Platinum Pro status.

Unfortunately, this promotion doesn't apply to Executive Platinum, so if you're gunning for top-tier status, you'll still need to earn the required $12,000 EQDs, minus however many EQDs you received as part of the mid-year boost.

When registering for American's mid-year loyalty promotions, current elites will be offered the opportunity to purchase a package of EQMs.

The cost to purchase is $495, which will earn you 495 EQDs, as well as the following number of EQMs:

This is a one-time opportunity that you'll only receive when registering for the promotion.

Of the Big 3 U.S. airlines, American is the only one with a mileage expiration policy.

Due to the pandemic, the carrier paused the expiration of miles to June 30, 2021. Now, the carrier's throwing in the towel on the rest of 2021, by extending all miles that were slated to expire at any time this year to January 2022.

This is a welcome move and one that many anxious frequent flyers will appreciate. In the meantime, be sure to bookmark our guide to keeping your points and miles from expiring if AA indeed follows through with its January 2022 expiration date.

Despite all the uncertainty around the pandemic, American isn't planning to eliminate its expiration policy for good. Elieson, quoting AA's managing director of AAdvantage, Heather Samp, told TPG that "a good loyalty program will have an expiration date and nobody's miles expire. That would be the sign of success."

For Elieson and his team, the expiration policy is a way to create behavioral triggers that encourage members to engage with the airline. For now, it's here to stay.

As first reported earlier this week, American Airlines is rolling out an extension for its systemwide upgrades that were originally slated to expire this year.

In a statement shared with TPG, an AA spokesperson said that “we are pleased to share with our elite AAdvantage members that all active systemwide upgrades scheduled to expire in 2021 will have a new expiration date of July 31, 2022.”

The updated expiration date should already be reflected in your account and can be seen by looking at your "Wallet" section of your AAdvantage profile.

American's upgrade extension is now the most generous of the major U.S. airlines. Delta's regional and global upgrade certificates selected between March 1, 2019, and Dec. 31, 2020, have already been extended through the end of 2021.

United, on the other hand, gave top-tier Premier members two six-month extensions on PlusPoints that were slated to expire on or after Jan. 1, 2021. Those PlusPoints are now valid through Jan. 31, 2022.

In addition to systemwide upgrades, many of AA's most popular co-branded credit card perks are being extended as well.

If you’re a qualifying Barclays or CitiBusiness® / AAdvantage® cardholder with a companion certificate expiring this year, you’ll receive an extension through June 30, 2022.

This applies to all existing AAdvantage Aviator Red, Silver and Business cardmembers, as well as those with the CitiBusiness® / AAdvantage® Platinum Select® World Elite Mastercard®, who hold an unused companion certificate with an original expiration date between Dec. 31, 2020, and May 31, 2022.

American is also extending the validity of its $125 American Airlines flight discount that's earned after spending $20,000 or more on the Citi® / AAdvantage® Platinum Select® World Elite Mastercard® each cardmember year after account renewal.

All unused flight discounts expiring between June 30, 2021, and July 31, 2022, will receive a six-month extension from the current expiration date.

While Thursday's AAdvantage update is quite comprehensive, Elieson pledged to continue adapting the program as needed, based on travel trends and the outcome of the pandemic.

"You set a tone, you set a pace and then just continue to adapt," he told TPG. "If this doesn't do the trick, we'll announce more after that... none of these are one-time deals," he continued.

For those holding out hope that AA outright extends status again this year, that's likely not going to happen, according to Elieson. Rather, for elites who aren't ready to return to flying, the carrier is figuring out how to "engage them and allow them to earn their way back towards status" while remaining grounded.

Expect more promotions for non-flight spend, an American Airlines spokesperson confirmed to TPG. The details remain to be seen, but the carrier is clearly thinking outside the box to get travelers to engage with the program, despite the pandemic.

As for what's on the horizon, Elieson is leaning into personalized offers. "Come fall, I would expect to be much more individually targeted. Because right now I still think people can solve this themselves."

For now, however, the goal of the mid-year adjustments is to convince travelers to fly with American.

As Elieson succinctly quipped, "let's put the rules in such a place that actually engenders the behavior we want, which is engagement with American Airlines."