Exclusive: Luxury line Silversea wins bid for one of the most expensive cruise vessels 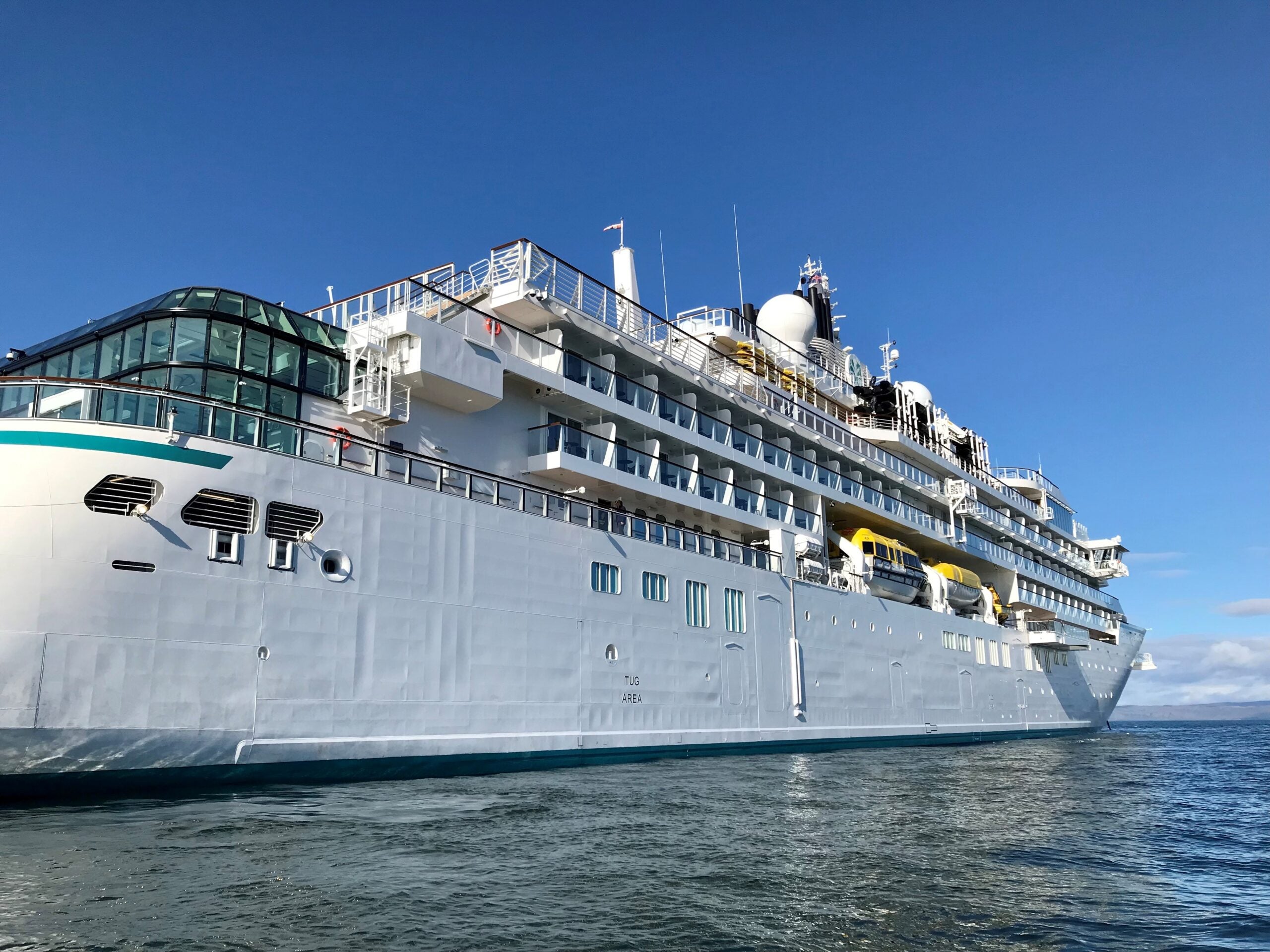 Exclusive: Luxury line Silversea wins bid for one of the most expensive cruise vessels
This post contains references to products from one or more of our advertisers. We may receive compensation when you click on links to those products. Terms apply to the offers listed on this page. For an explanation of our Advertising Policy, visit this page.

It's official: Silversea Cruises will soon be operating Crystal Endeavor, the most expensive cruise ship ever built on a per-berth basis.

The Miami-based luxury line today revealed it had come out on top in bidding for the celebrated 200-passenger vessel that took place recently as part of the liquidation of Crystal Cruises.

Unveiled just a year ago, Crystal Endeavor is a small luxury ship specifically built for expedition cruising — a type of cruising that involves travel to remote, far-flung destinations on small, sturdy vessels outfitted with their own landing craft. It sailed for Crystal until January, when Crystal suspended operations after its parent company, Genting Hong Kong, ran out of money. Genting filed for a type of bankruptcy that involves a complete liquidation of the firm.

For cruise news, guides and tips, sign up for TPG's cruise newsletter.

The ship's future has been the subject of much speculation in the cruise world in recent months, given its reputation for being one of the finest luxury vessels of its type ever built — and there has been talk that Silversea would acquire it.

In an exclusive interview with TPG in advance of today's announcement, Silversea president and CEO Roberto Martinoli said Silversea was thrilled with the acquisition, which will allow the brand to relatively quickly replace an old expedition vessel that sails to polar regions (the 144-passenger Silver Explorer). Silver Explorer is about to leave the Silversea fleet.

"We are very happy, very excited," Martinoli said during a one-on-one phone call to discuss the deal. "I've been on board the ship, and it's beautiful. This is really a state-of-the-art vessel built for polar operations."

Martinoli said Silversea, a division of cruise giant Royal Caribbean Group, was paying $275 million for the ship. While a significant amount for a secondhand cruise vessel designed to carry just 200 passengers, it might be seen as a bargain. It's a 29% discount on the ship's reported building cost of $385 million (or about $1.9 million per berth).

No other cruise vessel has been constructed at such a high per-berth cost (berth being a term that cruise lines use for the number of places on a ship where passengers can sleep). By comparison, Carnival Cruise Line's newest ship, the 5,280-passenger Mardi Gras, was built for around $190,000 per berth — about a 10th the cost on a per-berth basis.

Given that Crystal Endeavor only operated for six months, the ship remains almost brand new.

"We feel it's a fair price," Martinoli told TPG.

Martinoli said Silversea would rename the ship Silver Endeavour (yes, the line is switching the Endeavor part of the ship's name to a British spelling) and put it into operation in the Silversea fleet relatively quickly. Its first sailing with paying passengers for Silversea will be a voyage to Antarctica over Thanksgiving week, he said. That's just four months from now.

Related: What it's like on a Silversea cruise to Antarctica

Martinoli said this would be great for the Silversea brand as demand for high-end trips to places such as Antarctica right now are strong.

"Even in the worst COVID times, [Antarctica] cruises have been very popular," he noted.

The purchase of Crystal Endeavor solves a problem for Silversea, which was about to lose Silver Explorer — a key vessel in its lineup of off-the-beaten-path cruises to places such as Antarctica — without having a replacement vessel ready.

Silversea had been close to ordering a new class of expedition ships when the COVID-19 pandemic began that was designed to replace Silver Explorer and expand its footprint in expedition cruising. But the order was put on hold after the pandemic began.

The acquisition of Crystal Endeavor will allow Silversea to continue offering a full slate of polar sailings while it waits for a new class of expedition ships to arrive — the latter being something that Martinoli said still was in the works.

"It's great for us not to lose market share or capacity" during the transition period, he noted.

Related: See what Crystal Endeavor looks like up close

Martinoli said the soon-to-be-named Silver Endeavour would spend nearly all its time in Antarctica or the Arctic, traveling very fast between the two regions in the fall and spring. Antarctica and the Arctic are the two most popular destinations for expedition cruising.

Crystal Endeavor was the first expedition ship ever built for Crystal, which was known for offering a very high-end (and pricey) luxury experience. Many cruise industry watchers considered Crystal to be the world's finest luxury line.

The vessel was built as an all-suite ship and, while under Crystal's brief ownership, was operated with such luxury flourishes as butler service for every passenger. It has five high-end dining venues (an unusually large number for an expedition ship holding just 200 passengers). Among them is an upscale restaurant serving Japanese cuisine — the only one of its kind on an expedition ship.

Crystal Endeavor also is home to a stylish, glass-covered solarium with a pool and Jacuzzi; a spa; a cigar bar; and even a small casino (another first for an expedition ship). It's designed to operate with a staff-to-passenger ratio of one-to-one — one of the highest ratios of any cruise vessel.

Related: This new expedition ship could be the most luxurious ever for off-the-beaten-path travel

Silversea didn't plan to make major changes to the vessel before putting it into operation, Martinoli suggested, although he said the company would not operate the casino. Silversea doesn't operate casinos on its expedition ships, and he said it was possible the line would eventually convert the casino area into a few more cabins.

Martinoli also said the vessel would not carry helicopters on board to take passengers on straight-from-the-ship sightseeing tours — something that Crystal had planned as one of Crystal Endeavor's marquee amenities. The ship is one of just a handful of cruise vessels ever built with a helicopter pad and helicopter hangers designed for passenger helicopter operations. But it never operated with helicopters, reportedly because Crystal ran out of money to buy helicopters as the vessel was debuting.

But Martinoli was critical of the trend, citing the environmental damage of running a helicopter in the sort of pristine environments where luxury expedition ships sail, such as Antarctica. He also noted operational issues.

Related: This 1 thing blew me away when I first boarded Crystal Endeavor

"I'm not a fan of it," he said. "First of all, it's not an experience you can give to everybody (due to limited capacity), and it's a big investment in assets and human resources. I think you have better things you can do on an expedition cruise."

Martinoli said Silversea was still considering what to do with the helicopter hangar space on the ship, which is considerable.

Other changes to the ship will include relatively minor things such as new signage reflecting the Silversea brand, a new exterior livery and some tweaks to dining venues to align them with the signature restaurants of the Silversea brand.

Silversea today also will announce that it will "protect" the deposits of passengers who had a booking on Crystal Endeavor when Crystal Cruises went out of business, provided they make a new booking on any ship in the Silversea fleet or the fleets of its sister lines Royal Caribbean and Celebrity Cruises.

"To the extent the Crystal Endeavor guests do not receive their deposits back from Crystal or other sources, the [Silversea parent company] Royal Caribbean Group will refund any amount paid on their new booking up to the amount of their lost deposits from Crystal," the line said in a statement sent to TPG.

Crystal Endeavor isn't the first former Crystal ship to be sold to a new company. In June, the high-end travel company A&K Travel Group announced it had bought the bankrupt line’s brand name and two biggest oceangoing ships, Crystal Serenity and Crystal Symphony, with plans to relaunch the brand in 2023.

There is a Silversea connection of sorts to that deal, too. The purchase of the two oceangoing ships was done in conjunction with Heritage, the holding company controlled by former Silversea owner Manfredi Lefebvre d’Ovidio.

The fate of one other large piece of Crystal, its river cruise division which includes five vessels, has yet to be announced by the brand’s liquidators.

The Crystal Endeavor deal was finalized at a hearing in Gibraltar, where the ship has been docked for months awaiting its fate.

Featured image by The new Crystal Cruises expedition ship Crystal Endeavor. (Photo by Gene Sloan, The Points Guy)
Editorial disclaimer: Opinions expressed here are the author’s alone, not those of any bank, credit card issuer, airline or hotel chain, and have not been reviewed, approved or otherwise endorsed by any of these entities.