Prince Harry flies to London ahead of Prince Philip's funeral

Articles
Nick Ellis joined The Points Guy in 2016 as an intern and is now Reviews Editor, primarily responsible for arranging, writing (some of), editing and publishing reviews of hotels and airport lounges along with helping manage, write and edit travel content.
Follow
April 12, 2021
•
8 min read 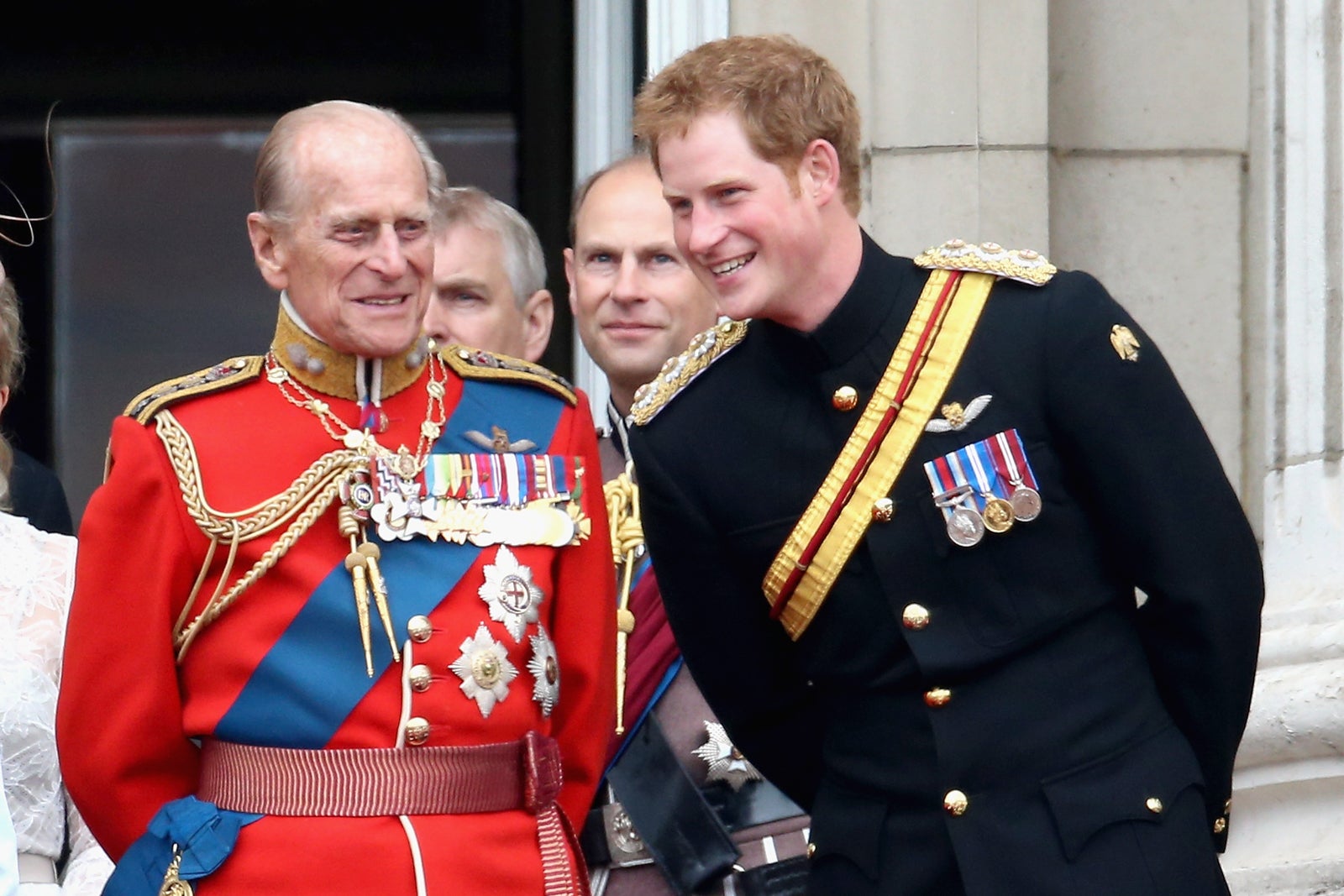 This post has been updated with new information about Prince Harry's flight to London.

The British Royal Family continues to mourn the passing of His Royal Highness Prince Philip, Duke of Edinburgh, who died in his sleep on Friday, April 9 at the age of 99, just a couple of months shy of his 100th birthday.

Prince Philip's funeral is scheduled for this Saturday, April 17, at 3 p.m. local time. Ahead of the services, Prince Harry, Duke of Sussex, returned to London to join his family as they grieve the loss of Philip, a pillar of stability in the monarchy since Queen Elizabeth II ascended to the Throne in 1953.

Harry has lived in Southern California with his wife Meghan Markle, Duchess of Sussex, since March 2020, and this marks his first trip back to England since the couple stepped back from official royal duties and after a controversial interview with Oprah Winfrey, which has surely caused tension among the family.

There is some confusion about how he got to London.

According to the Daily Mail, and the Scottish Sun, the Duke flew commercial -- on British Airways -- and landed in London yesterday, April 11, in the afternoon. The airline is currently only operating one daily flight between Los Angeles (LAX) and London-Heathrow (LHR), meaning Harry flew on board a 20-year-old Boeing 777-200ER, operating as BA268. Let's hope if that was the jet he traveled on, that it was refurbished with BA's new Club Suites.

View from the Wing, though, suggests it might have been an American Airlines flight 134 that brought the prince home. Gary Leff reports that flight had five seats blocked in first class. We'll report back if we can confirm which flight he took.

Does Harry have to quarantine?

Britain has only just begun reactivating parts of its economy after one of the world's longest and strictest lockdown periods, and as such still has COVID restrictions in place for anyone entering the country from abroad, namely a mandatory 10-day quarantine period "at the place you're staying" while in England.

As he traveled from the United States, Harry is required to comply with a set of restrictions, which include:

However, the country also has a "Test to Release" scheme in place, which allows travelers to be released from their quarantine after five days if they pay for and take a COVID test and the results come back negative. The eighth-day COVID test is still required if you partake in the Test to Release program.

Since Harry returned Sunday, he is eligible to take another test after the one required to enter the country this Friday, the day before his grandfather's funeral. Assuming the test comes back negative, he will be able to exit quarantine for the remainder of his trip to England.

Despite the stringent requirements, Harry would be able to attend the funeral regardless, since the U.K. makes an exception for those needing to leave isolation for "compassionate grounds," according to reporting from the Daily Mail.

Harry has reportedly entered quarantine (Meghan Markle, who is six months pregnant, was advised by her doctors not to make the trip to London) at Frogmore Cottage on the grounds of Windsor Castle.

Frogmore is listed as a four-bedroom home (with a nursery) and it's where Harry and Meghan lived after the birth of their first child, Archie. After the Sussexes moved briefly to Canada and then settled in Southern California, Harry's cousin Princess Eugenie and her husband Jack Brooksbank made Frogmore Cottage their home.

It's unclear at this point where the princess and her husband are residing while Harry is in town, though according to reports in the Express, it seems the Duke may be a houseguest, though that leads to more questions surrounding the quarantine requirements Harry is required to follow.

What if Harry didn't have access to royal properties?

Prince Harry is likely settling in nicely at Frogmore Cottage, but where would he stay if he didn't have access to the various properties belonging to the Royal Family?

Fortunately for the Prince, London is no slouch when it comes to posh hotels. The city is awash in high-end -- and very expensive -- properties.

Here's where we think Harry may have chosen to stay if the situation required it. Keep in mind that many of these hotels remain closed due to the coronavirus, though most are scheduled to reopen in the coming weeks as the U.K. begins lifting restrictions on the economy.

A London institution since the 1800s, The Connaught is one of the swankiest hotels in the British capital. Throughout its history, the hotel has hosted numerous notable guests, including King Edward VII, Cary Grant, Eric Clapton, Ralph Lauren and more. The property features an Aman Spa and several restaurants and bars, and one of them -- The Connaught Bar -- was named the best bar in Europe and was ranked second on the World's 50 Best Bars list in 2019.

Situated in London's high-end Knightsbridge neighborhood adjacent to Hyde Park, the Mandarin Oriental is one of the city's most sought-after hotels. It recently underwent an extensive renovation led by world-renowned designer Joyce Wang. The hotel features four restaurants and bars, including Dinner by Heston Blumenthal, which has two Michelin stars.

Housed in an Edwardian building dating back to 1912, the Rosewood is a fully modern and luxurious five-star property that embraces and celebrates its illustrious history. The rooms are elegant with all the amenities that modern travelers expect but are regal and opulent in the way you'd expect from a historic luxury hotel in the center of London. It boasts a total of six restaurants and bars as well as a full-service spa and fitness center.

One of London's most iconic hotels, The Savoy is a Fairmont-managed property that has the title of being the only luxury hotel located on the River Thames. The hotel has been around for more than 130 years and, in fact, was the place where the world first learned about the relationship between then Princess Elizabeth and Prince Philip in 1946. And throughout the hotel's history, it's hosted numerous members of the Royal Family for various events, including Prince Harry's mother, Princess Diana.

Opened in 1856 in London's Mayfair neighborhood, Claridge's has been a constant magnet for royalty both from England and elsewhere in Europe as soon as Queen Victoria and Prince Albert visited the property in 1860. Since then, it's attracted other members of royalty as well as high-profile celebrities, including Katharine Hepburn and Bing Crosby. The hotel's art deco glamour is sure to delight any guest as is the selection of the hotel's numerous bars and restaurants and its opulent spa and gym.

Located in the charming -- and exceedingly posh -- Belgravia neighborhood adjacent to Buckingham Palace, The Goring has been owned and operated by the same family since it opened in 1910. According to the hotel's official history page, it's hosted "every reigning Monarch and serving Prime Minister" throughout its history. Today, it continues to deliver quintessentially English luxury tailored to meet the demands of 21st Century travelers.