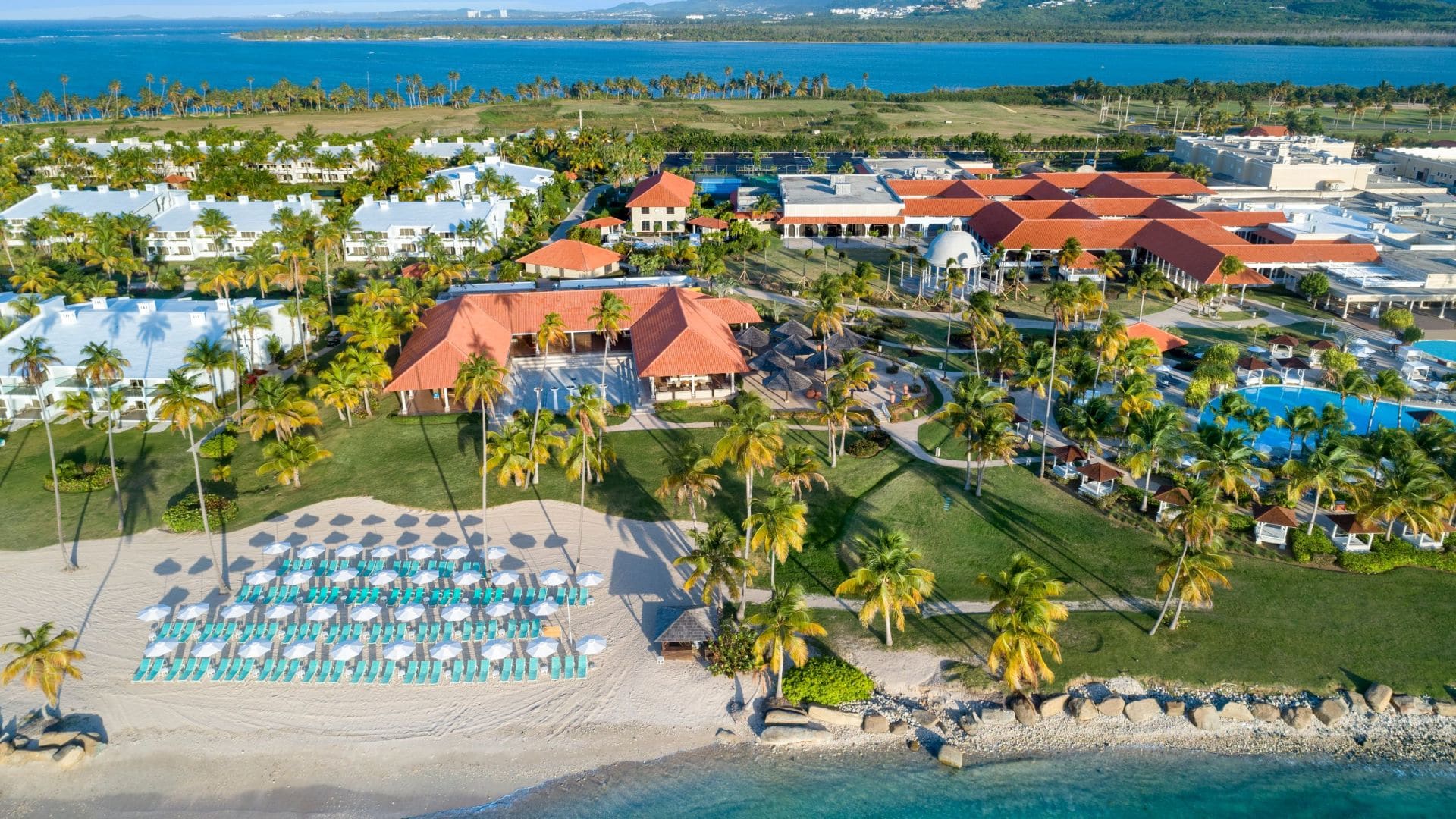 I try to avoid setting New Year's resolutions, mainly because I don't keep them. In 2019, I resolved to go to the gym more. Ask me how many times I went to the gym last year. In 2018, I said I'd start saving for a house. That did not happen. So this year, I'm setting more realistic goals, focused wholly on my travel experiences. Here are my 2020 travel resolutions.

I have Marriott and Hilton Gold status thanks to my Platinum® Card from American Express, and I'm even thinking of adding the Hilton Honors American Express Aspire Card to my wallet just to get complimentary Hilton Honors Diamond status. Enrollment required for select benefits. But the hotel status I'm really focusing on this year is World of Hyatt elite status.

I fell one night short of Hyatt Discoverist, so I'm starting over from scratch. I'm nearing Chase's 5/24 rule, but I'm considering opening the World of Hyatt Credit Card, which will grant me Discoverist status just for holding the card, and working my way up from there.

I've always felt that you get more bang for your buck with Hyatt points than Hilton or Marriott. In October, I redeemed 36,000 Hyatt points transferred from my Chase Sapphire Preferred Card at the luxurious Hyatt Regency Grand Reserve Puerto Rico outside of San Juan. I was blown away by this Category 3 resort, with its own private beach, several restaurants and a swim-up bar.

Even without status, I was upgraded to a better room with a clawfoot tub steps away from the beach. In contrast, similar luxury properties from Marriott required 85,000 points per night (The St. Regis Bahia Beach Resort) or El San Juan Hotel Curio Collection (from 62k to 70k points).

I watched in sadness at fellow TPGers with top-tier Hyatt status were gifted Executive Platinum status on American Airlines, which included some coveted systemwide upgrades.

This year, I'm going to try and stay at Hyatt properties all year, if possible, limiting Marriott and Hilton stays to locations where Hyatt isn't prevalent. To hit Globalist, the top tier in the World of Hyatt program, I'll need to stay 60 nights or reach 100,000 base points ($20,000 in spending). If I open the World of Hyatt Credit Card, I'll earn five elite night credits just for holding the card. It's an uphill battle, but if I get more serious about hotel stays and spending, I should be able to get there.

I'd never flown business class until I started working at TPG. I flew lie-flat for the first time on American's 777 from Miami (MIA) to New York (JFK) in November. And while it was only a two-hour flight and the seat wasn't the best, I knew it wouldn't be the last time at the front of the plane.

I got my first opportunity at a true business-class transatlantic experience on British Airways' new Club World from Toronto (YYZ) to London (LHR) in November on the Airbus A350, and I was blown away. The service was great for such a short flight, but I was most impressed by the hard product. The seat and bedding rivaled my own bed at home and the sliding door was a nice touch.

While I prefer to book flights on points and miles, I'm not above booking a cash business class ticket if it's a good deal. In August, I scored an unreal deal from New York (JFK) to Rome (FCO) via Amsterdam on KLM for just $1,215 round-trip. The same ticket normally prices around $2,800 round-trip.

I had a great flight, drinking endless glasses of champagne, chowing down on beef stew and apple pie, and taking advantage of KLM's Crown Lounge in Amsterdam.

I've usually redeemed points and miles for economy tickets, but I'm trying to do less of that and more flying up front. I've redeemed some American Express points transferred to Aeroplan for a business class flight to Turkey in the spring. I have some flights in United Polaris to Europe coming up.

I've been putting as much spending as possible on my Barclaycard AAdvantage® Aviator Red World Elite Mastercard® and using American's shopping portal to redeem AAdvantage miles for a coveted seat on a Middle East carrier. Originally, I had eyes only for Etihad's Apartment seat from New York to Abu Dhabi (AUH), which would cost 115,000 AAdvantage miles one-way. (Alternatively, flights from London (LHR) or Paris (CDG) only cost 62,500 miles one way, but it's a shorter trip).

However, after talking to AAdvantage guru JT Genter, he convinced me to cash in those miles for a seat on Qatar's Qsuite from New York (JFK) to Doha (DOH), continuing on to Cape Town. Using American miles, I could fly to South Africa in the world's best business class seat for just 75,000 American AAdvantage miles each way.

Fewer selfies, more being in the moment

We've all done it.

Whipped out your phone to take a picture of something before really taking it in. We've seen photos of the throngs of tourists jockeying for the perfect shot of the Mona Lisa, if such a thing exists. We've asked people we don't know to get the perfect angle with the backdrop of Christ the Redeemer in Rio de Janeiro to post later on Instagram. And there's nothing wrong with that — I've done it, too — but in 2020 I resolve to be more present in my travels.

I take photos partly to capture the moment for myself down the line, to immortalize experiences, to share my trips with family members who don't have the desire or means to travel themselves. In doing that, however, I've sometimes gotten caught up in getting the shot over taking the time to really take a place in.

I found myself doing it just last week at the Colosseum in Rome, before gently chiding myself and putting my phone away. In 2020, everything won't be "for the 'Gram."

Don't get to the airport so early

This will probably be hardest for me — even harder than getting top-tier Hyatt status. You see, I'm a person who prepares for the worst in all scenarios. "What if the subway is delayed?" or "What if there's an Uber surge?" are thoughts that constantly run through my mind before a trip.

It's not too bad, as I typically hang out in the lounge (another perk from holding a Platinum card), but I envy friends who arrive to the gate as their flights are boarding. My paranoia means I leave for the airport four hours before scheduled boarding (not departure) even for a domestic flight.

In the five years I've been flying, I've only missed a flight once. In 2020, I resolve to relax a little, get to the airport a little later and arrive a lot less stressed.

Many of my resolutions are to make my travel experiences run more smoothly. But I'm serious about living more in the moment while I'm on the road. I'm cognizant of the position of privilege I have by being able to hop on a plane at a moment's notice, but it can be easy to get caught up in the process and not enjoy the moment. In 2020, I plan to be more present in travel and in my day-to-day interactions.

Featured image by The new Hyatt-affiliate Coco Beach Resort which will eventually become the Hyatt Regency Coco Beach. (Image via Hyatt Hotels)
Editorial disclaimer: Opinions expressed here are the author’s alone, not those of any bank, credit card issuer, airline or hotel chain, and have not been reviewed, approved or otherwise endorsed by any of these entities.