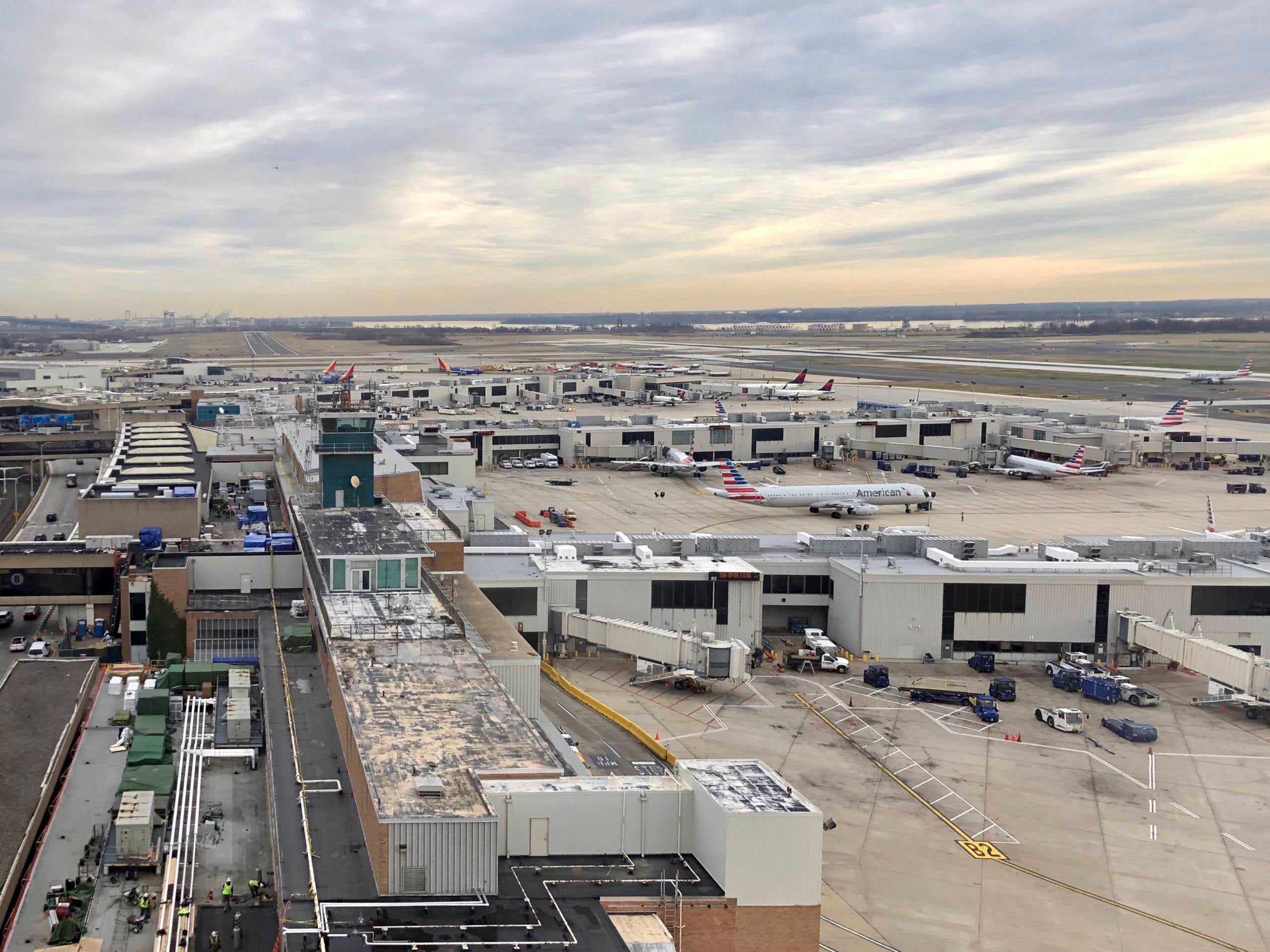 American hub, discounter growth push Philadelphia airport toward record year
This post contains references to products from one or more of our advertisers. We may receive compensation when you click on links to those products. Terms apply to the offers listed on this page. For an explanation of our Advertising Policy, visit this page.

Philadelphia is home to the Liberty Bell, Geno's and Pat's, and American Airlines' fourth largest hub and main European — and soon African — gateway.

The Philadelphia International Airport (PHL) is on track to serve a record 33 million passengers in 2019, buoyed by American's expansion and the growth of ultra-low-cost carriers like Frontier Airlines and Spirit Airlines. Airport CEO Chellie Cameron, with all indicators pointing upwards, is understandably optimistic for the future.

“If we hit 33 [million passengers], you’re going to see me jumping up and down," Cameron said expressing her excitement at a media event at the airport on Tuesday.

The airport's capacity (as measured by seats) jumped in 2019. Discounters grew the fastest with seats up 35% year-over-year at Spirit and 26% at Frontier, according to Cirium schedules. American saw seats decline by 1.1% year-over-year but only because of the Boeing 737 MAX grounding, according to the airline's vice president of PHL hub operations Jim Moses.

At the same time, Philadelphia has invested in local amenities — like an outlet of the well-known cheesesteak outlet Geno's Steaks — and upgrading its terminals to serve the growing ranks of travelers passing through its halls. That said, the airport is a modern hub with a certain grit thrown in that is uniquely Philadelphia.

Philadelphia airport's growth, both in passengers and amenities, comes after a period of uncertainty following the American-US Airways merger in 2013. It was unclear how exactly the hub fit into American's cluster of hubs along the Northeast Corridor, especially as the airline cut seats at the airport by nearly 15% from 2014 through 2017, Cirium data shows.

Philadelphia, known by some in American's executive ranks as a "crown jewel" in its network, is a strong gateway for the airline. Over the past two years, the carrier has proven it can successfully test new European markets — ranging from Berlin (TXL) and Dubrovnik (DBV) to Prague (PRG) — on a seasonal basis to see if there's a case to return with more robust service in the next schedule.

American will test its first-ever service to Africa from Philadelphia come June, when it begins thrice-weekly seasonal flights to Casablanca (CMN).

“We have a great connecting hub here," Moses told TPG. "What we can do in Philadelphia, we can’t do at a lot of other Northeast airports.”

Moses' comments echoed those of American vice president of network and schedule planning Vasu Raja who said in August that "none of our competitors’ operations in New York or the Northeast can... do anything really remotely close" to what they can do in Philadelphia.

This is not to say American does not face challenges in the City of Brotherly Love. The airline's hub is spread over five concourses that span the full length of Philadelphia airport's seven-concourse terminal complex. Even with five concourses, the facility brims with people during peak periods, requiring people movers akin to those at Washington Dulles International Airport (IAD) to help accommodate the rush during the summer.

“During certain times of the year, the airspace becomes saturated and then you throw in some irregular operations that does create challenges," Moses said, adding more about the challenges the hub faces. "But as hub operations go, this one works quite well."

Further upgrades are coming this year. American began its first regular flights on a Boeing 787 at Philadelphia on Tuesday, and plans to open a Flagship Lounge in Terminal A by the end of summer.

With traffic growing and a seemingly happy hub carrier, Philadelphia airport appears on solid footing. A Moody's Investors Service report in November found that, despite a likely rise in operating costs in the coming years, the airport was competitive compared to regional rivals and benefited from a large catchment area with "sufficient demand to support an international hub."

More growth is coming. American is set to retire its Embraer E190 fleet, which is primarily based in Philadelphia, by year-end. It will shift many of its E190-operated flights to Airbus A319s outfitted with 128 seats — 29 more than the E-Jets. In addition, Spirit will begin new service to Cancun (CUN) and expand service to San Juan (SJU) in March.

"PHL has proven it can be a successful starting off point for boutique destinations and global business," Cameron told TPG. "We are ready to further our reach.

Even with a robust network of nonstop routes covering the U.S. and much of Europe, the airport continues to look to fill in gaps, she added, pointing to Asia and South America as examples.

"Philadelphia has grown up," Campbell-Hill vice president Howard Mann, who advises Philadelphia on landing new air routes, told TPG. "They're not trying to outdo Newark or JFK, [but] they make sure that Greater Philadelphia residents have the opportunity to fly out Philadelphia.”

Featured image by The concourses at Philadelphia International Airport. (Photo by Edward Russell/TPG)