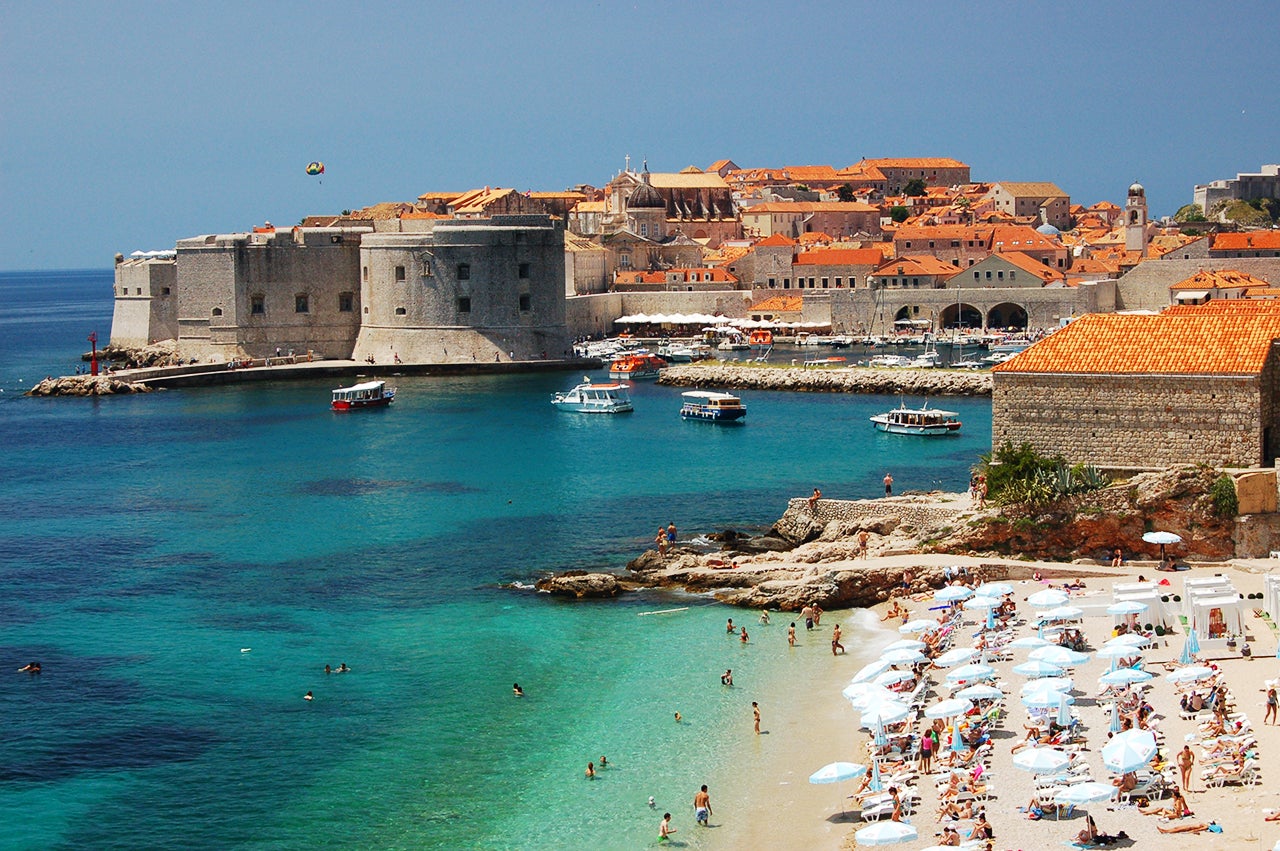 Tuesday morning, American Airlines announced nine new European routes. While some of these are incremental additions to AA's existing routes to London, Munich and Dublin, this announcement unveils two brand new destinations in Italy and Croatia (both of which will become the only US flights to those destinations), a nonstop that many in Chicago have been longing for and the airline's first service to the German capital of Berlin.

By far the most fascinating route addition in this announcement is a new route from AA's transatlantic hub in Philadelphia to Dubrovnik, Croatia. Representing the first nonstop flights between the US and Croatia, this 3x weekly flight will run from June 7 to September 27 using a Boeing 767-300.

But, Philly isn't getting just one exciting new route. AA is also announcing a new 4x weekly flight from Philly to Bologna, Italy, from June 6 to September 28, operated by a Boeing 767-300. As with the Dubrovnik route, this will be the first and only nonstop option between the US and Bologna. That said, there's plenty of nonstop routes between the US and Italy.

The Greek community in Chicago can rejoice that it finally gets a nonstop flight to Athens, Greece — a flight that there's even a Facebook group organized to petition airlines to launch. It seems AA has heard their cries and is launching a seasonal daily flight operated by an Boeing 787-8, running from May 3 to September 28.

This Athens flight joins a seasonal daily service from Philadelphia to Athens, which is operated by an Airbus A330. That service runs through October 27 before going on hiatus until May 3. That route has been plagued with issues from turbulence sending 10 passengers to the hospital to Italian fighter jets intercepting a flight.

Charlotte (CLT) and Dallas/Fort Worth (DFW) to Munich, Germany (MUC)

On March 31, American Airlines is launching daily service from Charlotte to Munich using an Airbus A330-200. Also, AA is launching a new daily seasonal route from June 6 to October 26 from Dallas/Fort Worth to Munich operated by a Boeing 787-8.

American Airlines is also launching its first service to Berlin, Germany in decades. Interestingly, the airline is launching this new route after losing a major partner based in Berlin. It seems that it would have made more sense for AA to feed Air Berlin's connecting network while it was still available.

American Airlines is launching a seasonal daily flight on this route using a Boeing 777-200 from March 31 to October 26. While many of these nine route announcements represent new service on their respective routes (at least for Oneworld), this route is generally a yawn. However, it's indicative of an important change in how British Airways and American Airlines are coordinating flight plans. We have seen flight reductions/increases and equipment changes already on American Airlines or British Airways flights between London Heathrow (LHR) and Los Angeles (LAX) and Miami (MIA). Phoenix is just another adjustment in this joint business.

In addition to the routes detailed above, American Airlines is launching the following new routes:

Since American Airlines is maintaining the same number of widebody aircraft over the next few years — despite its recent new order of $12 billion in new Boeing Dreamliners — it has to drop routes in order to launch these new routes. While there might be more routes being eliminated, here are the cancellations we know so far:

This new announcement signifies some big gambles by American Airlines (Dubrovnik, Bologna, Athens) and some safe plays (Dallas-Munich and Phoenix-London). As with any new routes, it'll be interesting to see if these routes are sustained after the first year of operations.

Notably absent from the list of airports getting new service and featured heavily on the list of route removals: New York's Kennedy (JFK). American Airlines continues to de-prioritize its international operations in JFK — instead, focusing even more attention on its transatlantic hub of Philadelphia.

Featured image by Photo by John Weinhardt on Unsplash