Articles
Alberto Riva Alberto runs our flight reviews and oversees special projects across several verticals. Previously, he was the managing editor of Vice News and worked at Bloomberg and CNN, where he was constantly trying to convince people to do more stories about airplanes. He speaks Italian, French and Spanish and one day he’ll be better at German.
Follow
July 19, 2018
•
3 min read 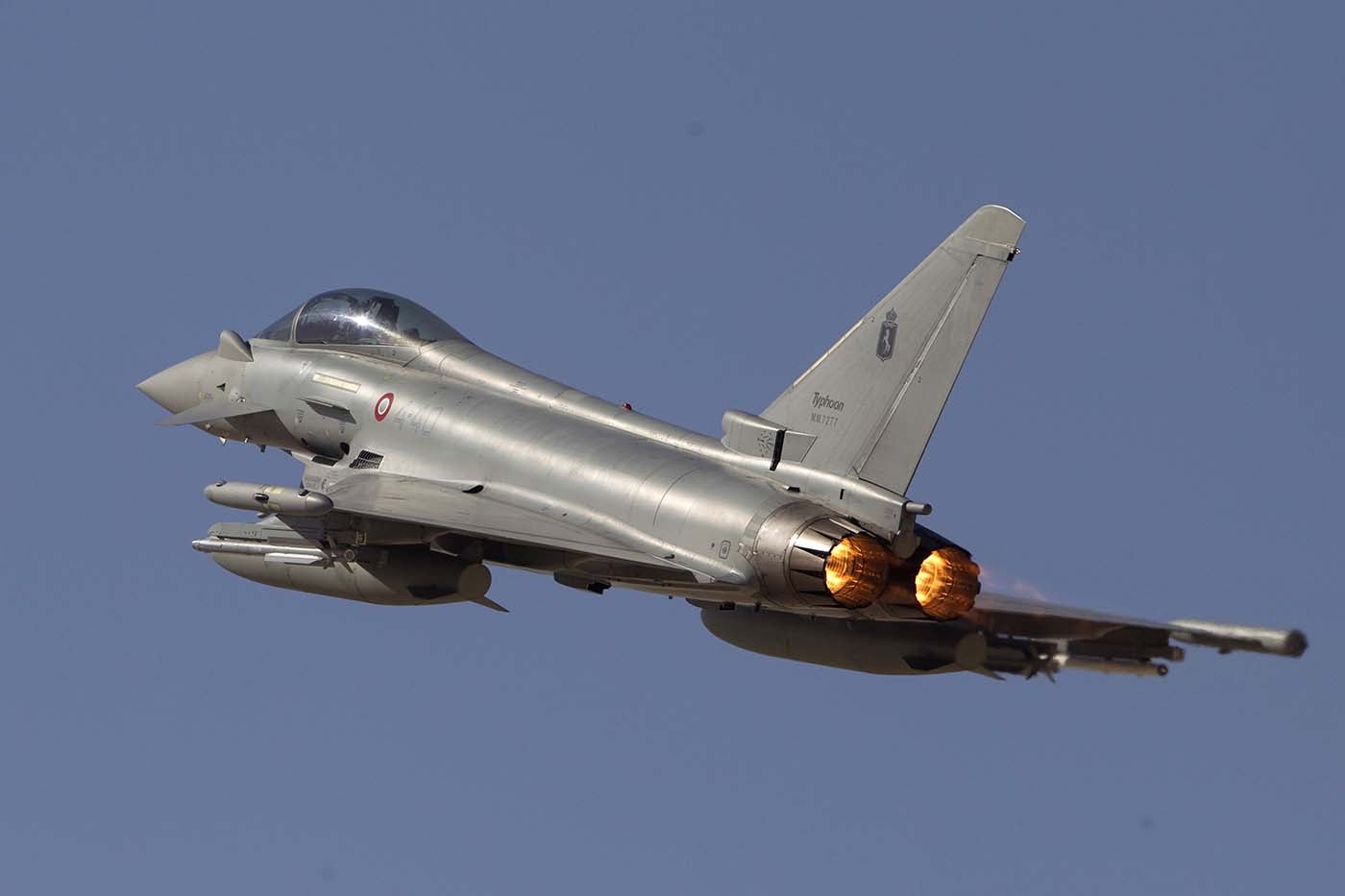 Italian Fighter Jets Intercepted An American Airlines Flight That Wasn't Communicating
This post contains references to products from one or more of our advertisers. We may receive compensation when you click on links to those products. Terms apply to the offers listed on this page. For an explanation of our Advertising Policy, visit this page.

An American Airlines Airbus A330-300 in flight between Athens (ATH) and Philadelphia (PHL) was intercepted on Thursday by Italian Air Force fighter jets, after it lost contact with air traffic control, leading to fears it might have been hijacked. Flight AA759 proceeded to its destination normally after the military pilots ascertained that nothing was amiss.

The official Twitter account of the Italian Air Forcer tweeted the news on Thursday in Italian, with a picture of two Eurofigther Typhoon jets:

A statement on the Air Force's site said that two Typhoons were scrambled at 1:00pm local time from the Istrana air base, about 30 miles northwest of Venice. The fighters intercepted the Airbus just a few minutes after taking off; their pilots "made visual contact" with the American plane and then proceeded to make sure that there was no emergency. Once communication resumed, AA759 continued to its destination, and the two Typhoons returned to base, the Air Force said.

Flight tracking site Flightaware shows that AA759 does not appear to have deviated from a normal flight path on Thursday and was on its way to PHL as expected.

Flightaware data shows the Airbus entered Italian airspace at 34,000 feet over Venice and exited over Switzerland at the same altitude. According to its manufacturer, the Typhoon can climb at a maximum rate of 62,000 feet per minute — even without pushing it, the fighter jets would have reached the Airbus very quickly before it exited Italian airspace. It's not all that rare for fighter jets to get scrambled over Europe to intercept commercial planes that aren't talking to air traffic control; two German Air Force Typhoons recently did the same with a Jet Airways 777 that had gone silent.

Earlier this year, another pair of Italian Typhoons rattled windows over Northern Italy as they broke the sound barrier in pursuit of an Air France 777 that was also incommunicado. This time, the jets — capable of twice the speed of sound — kept it subsonic while chasing the Airbus A330.

As the plane made its way over the Atlantic toward Philly, the airline didn't appear to be too concerned.

"The aircraft did briefly lose contact with ATC, but we don’t have any reports of military aircraft being sent to intercept the flight," an American Airlines spokesperson told TPG, "however, we will check with the crew once they arrive back in Philadelphia."