Articles
Samantha Rosen was one of the first 20 employees at TPG. She started as the site's first full-time social media editor and also served as its lifestyle editor.
Follow
Nov. 14, 2019
•
7 min read 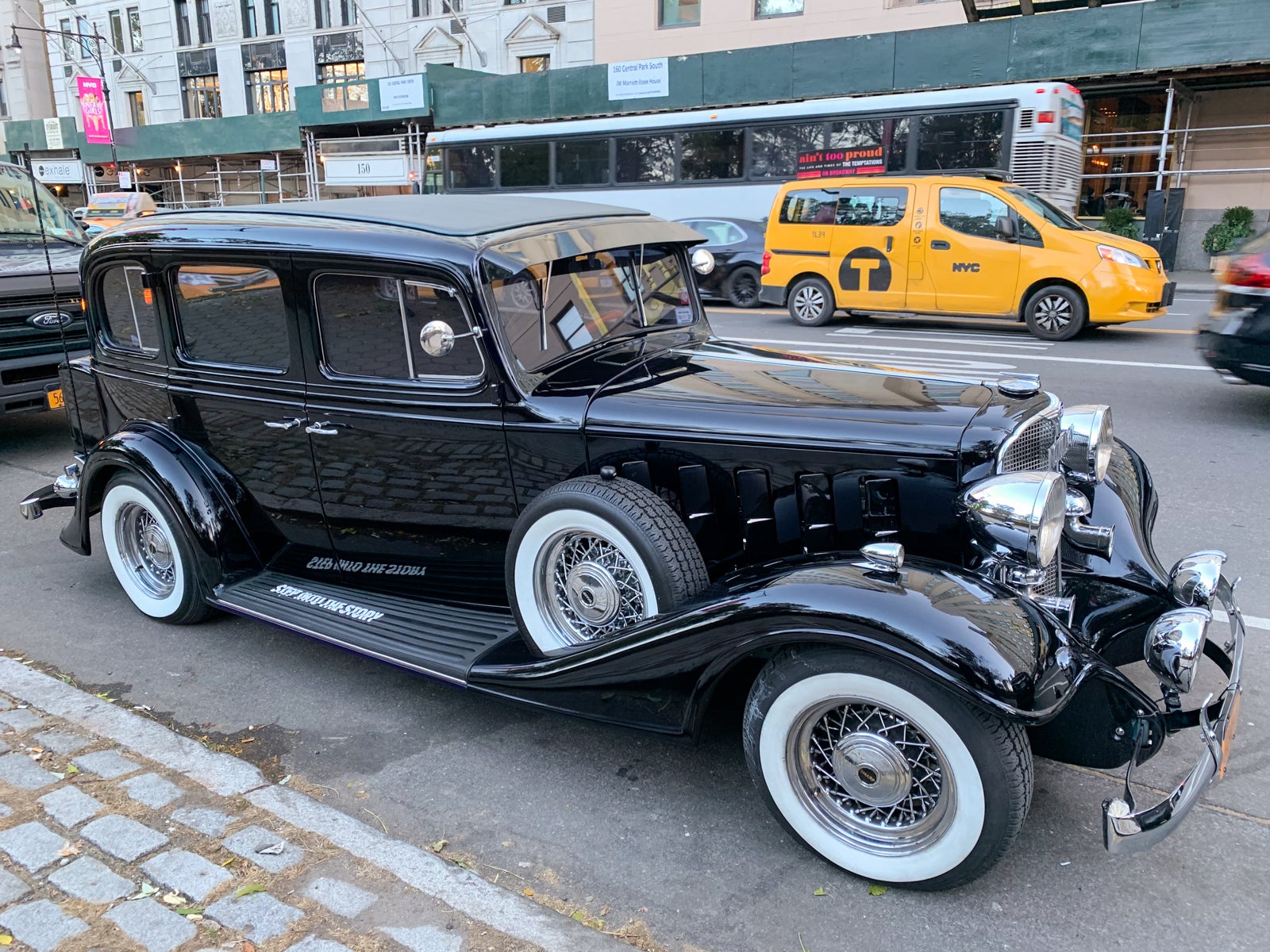 This new tour of New York City takes you all the way back to the 1920s
This post contains references to products from one or more of our advertisers. We may receive compensation when you click on links to those products. Terms apply to the offers listed on this page. For an explanation of our Advertising Policy, visit this page.

Hello, old sport. Get ready to don your pearls and furs, because there's a new tour in town that will make you feel like you stepped into a time machine and traveled all the way back to the 1920s.

Nowaday, which launched on Nov. 12, isn't your typical big bus tour. The service offers intimate, hour-long tours of the city conducted in an elegant, vintage car — the fleet of a dozen customized classic vehicles includes a 1928 Ford Model A, a 1932 Chrysler Imperial; and a 1931 Chevrolet Series AE — with a chauffeur guide.

On Wednesday afternoon, I booked a Nowaday tour online to put the service to the test. And I can honestly say I learned so much more about New York City than I thought was possible in 60 minutes. I mean, did you know the Empire State Building used to be called the Empty State Building, and that employees used to run to different floors and turn on the lights to make it seem like more people worked there? Or that the ceiling in Grand Central is actually painted on backwards? I sure didn't.

When I met my driver, Ryan, at the JW Marriott Essex House, he was decked out in early 20th-century garb and greeted me warmly, even on this bitter cold November day. He offered me the choice of pearls or a small feather boa so I could really travel back to the Roaring Twenties. (I opted for the pearls, naturally.) He then asked if I would prefer the more traditional, history-based tour; a casual tour; or a combination of the two. He said most people prefer the third option and, being the casual history nerd I am, went with that one.

From there, we went for a spin down 7th Avenue and through Times Square. I usually avoid this area at all costs, but there's nothing like driving past all those bright lights in a Buick from 1933. Of course, people stopped to snap a photo of our snazzy ride at nearly every corner.

After that, we made our way toward Bryant Park, the Empire State Building and down 5th Avenue to the Flatiron Building. You could almost imagine how the city must have looked over 80 years ago. I also got a kick out of the fact that we drove two blocks away from the TPG office at one point.

After cruising through the Flatiron District, we made our way uptown to Park Avenue. This drive was riddled with Grand Central trivia.

Pop quiz: Have you noticed how the floors in the station are set on a certain angle? Well, they performed tests where men and women would run down it so they could find what worked best. Also, that fancy four-faced clock inside? It's worth upwards of $14 million.

As we neared the end of the Grand Central tunnel, Ryan gave me a little gift. I got to choose a candy straight from the 1920s. (He promised it hadn't been sitting in the car for that long, but was an exact replica, so I could rest assured it was OK to eat.)

We made our way uptown to the corporate world of Midtown Manhattan. Here, Ryan told me the buildings run with the subway lines and that, if you've ever wondered why most don't have elevators that start in the lobby, the subway is to blame. Many of these buildings are actually built on stilts, too. You learn something new every day.

Related: Miles Away: Your trip to New York City

As the tour came to a close, we drove back past Central Park and the landmarked Plaza Hotel — the first hotel in New York City to allow pets. Why? Once upon a time, Ryan said, a Russian princess stayed here and she wanted to bring her entire "zoo" along with her.

We made our way back to where we started and said our goodbyes; my time in the 1920s had come to a close.

Nowaday is a fun tour for travelers who love history and vintage automobiles — and who strongly dislike sharing a tour guide with an entire busload of strangers.

From the backseat of the Buick (which, as Ryan pointed out, is basically "a big couch") I enjoyed a pretty comfortable ride. They even gave the radio an upgrade but, of course, had only classic tunes from the era — with fun remixes — playing in the background. It all really added to the experience.

To secure a spot on this time machine, you'll first have to buy tickets online or through the app (pretty high-tech for an old-timey tour). Single tickets go for $49, and the cars can fit as many as four guests for $150. As for how the purchase coded on my credit card, we're still waiting to see, but will update when we know for sure.

After you buy your tickets, you'll meet across the street from the JW Marriott Essex House on Central Park South and 7th Avenue. Just be warned: This can be hard to find, because Nowaday lists the address of the hotel as the meeting point, but it's actually across the street.

Just look for a vintage car that passerby are surely Instagramming, and you'll be in the right place.