Why I love doing touristy things when I travel 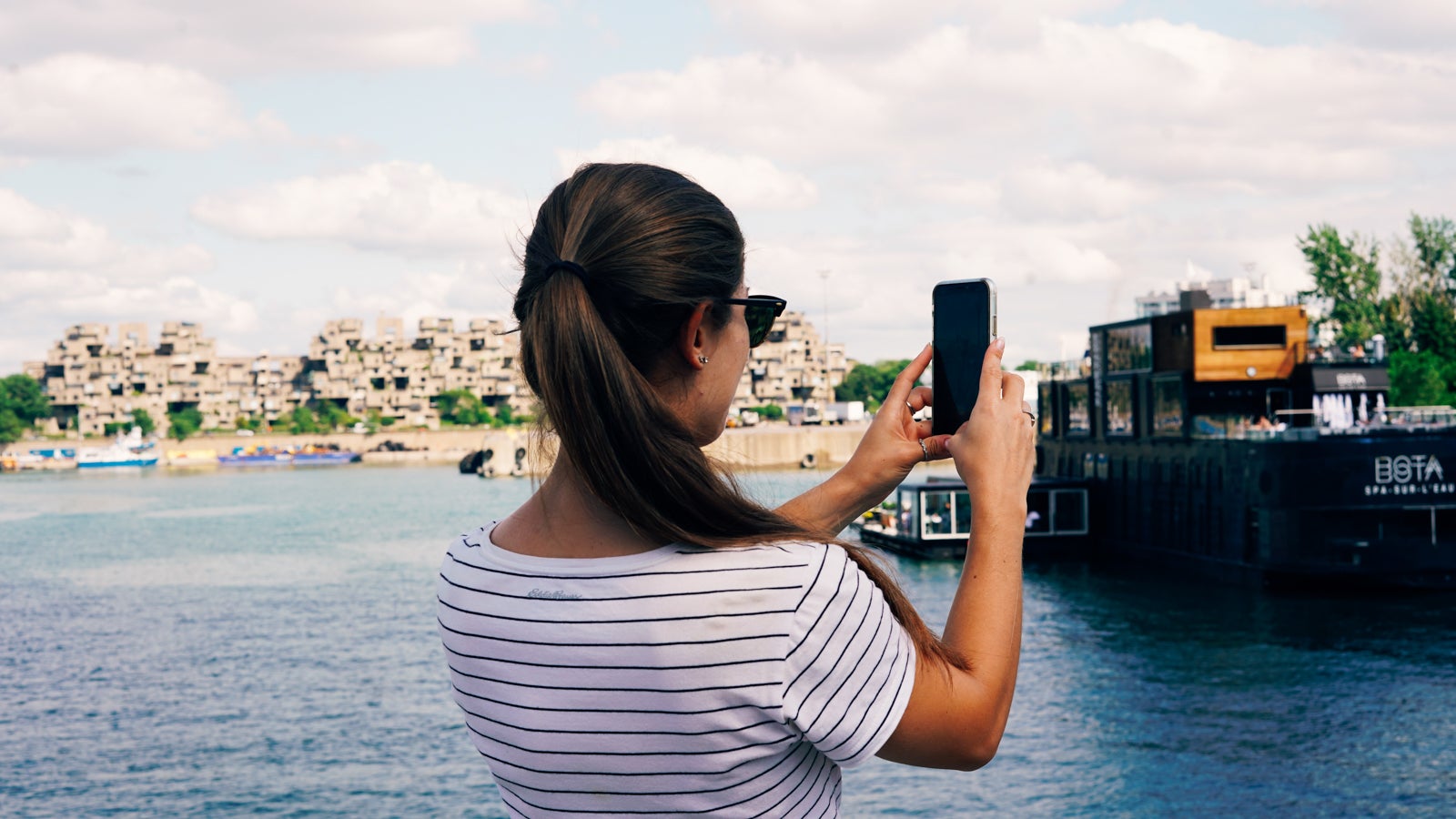 Why I love doing touristy things when I travel
This post contains references to products from one or more of our advertisers. We may receive compensation when you click on links to those products. Terms apply to the offers listed on this page. For an explanation of our Advertising Policy, visit this page.

On a freezing, blustery day in March, I dragged my boyfriend (and his entire family) to Chicago’s Millennium Park. It was, somehow, my first time in the Windy City and I wanted to see Cloud Gate — Anish Kapoor’s iconic steel-plated sculpture better known as The Bean.

Of course, I wasn’t the only one. In 2017, Millennium Park became the most-visited attraction in the entire Midwest, luring some 25 million visitors, many of whom no doubt stopped to take a distorted selfie (or two) in Kapoor’s gleaming piece of public art.

Read a fantastic article the other day about the merits of traveling like a tourist. And I did exactly that when I dragged Seth’s entire family to see Anish Kapoor’s iconic Cloud Gate sculpture (The Bean). Sure, it was swarming with other tourists taking photos, but it’s also a beautiful piece of public art I’ve wanted to see for years. And yeah, I’d tell anyone who’s never been to Chicago to see this stunning piece, like a drop of liquid Mercury distorting and transforming the skyline.

Visiting tourist attractions like The Bean is something that, for years, I resisted. And to be sure, I usually prefer traveling to destinations with few buildings (plop me in the middle of any national park and it will do just fine, thank you very much) and even fewer selfie stick-wielding tourists. When I traveled to Chilean Patagonia, I skipped Torres del Paine in favor of a little-known national reserve near Balmaceda because I was worried the famous W trek would be too overtouristed.

But lately, I've been wrestling with the fear that I've been missing really fabulous attractions and landmarks on my quest to steer clear of crowds and, perhaps on some level, avoid being labeled as a tourist. After all, there are reasons some of the world's most popular tourist sites are, well, popular.

About a month before my trip to Chicago, I read an article by Mari Uyehara on Bon Appétit that called “traveling like a local” a “silly, paradoxical myth.”

The reason we travel, Uyehara argued, is often to escape the banality of "everyday life" — so why are we trying so hard to avoid the extraordinary destinations and attractions that undoubtedly lured us out of our homes in the first place?

That's not to say there's anything wrong with opting for a vacation rental and going grocery shopping during a trip.

But if you were visiting New York City for the first time, I wouldn't necessarily tell you to pick up lunch at Just Salad, take the underground shortcut through the Oculus and avoid Times Square like your life depended on it.

Instead, I'd tell you to make a reservation at Gramercy Tavern, and say visiting the National Sept. 11 Memorial is something every traveler needs to take the time to do at least once in a lifetime, despite the crowds. I'd say even though it's expensive, you can't miss the view from the top of One World Trade or the Empire State Building. Oh, and there's a darn good reason "The Lion King" is still on Broadway.

Why we dislike tourist attractions

So, on my first trip to Chicago — or anywhere, for that matter — why wouldn't I pay a visit to the city's best-loved attractions?

Assumptions may have a lot to do with this mindset. When we visit the most distinguished destinations on Earth, we're more likely to feel let down. Our expectations are inflated, and so it can be hard not to walk away wondering if the tower, portrait, restaurant or view wasn't just a tiny bit overrated.

Plus, if you visit a tourist attraction thinking it's going to be overblown, it can be hard to recast the sentiment, even when you have an overwhelmingly positive experience.

And why do we get all bent out of shape about big tourist attractions and try so very hard to blend with locals in the first place?

"People sometimes avoid the most popular tourist attractions due to the distorted perception that they are less authentic or genuine, as if the millions of eyes that have been cast on them have somehow spoiled or tainted them," psychologist and author Seth Meyers told The Points Guy.

According to Scott Haas, a clinical psychologist and travel writer, we may distance ourselves from overly developed or recognizable attractions because they simply don't sit with our historical understanding of travel.

After all, Haas said, travel is “traditionally a form of exploration,” and long before we had democratized air travel, it was the sort of thing that only the very wealthy — or very adventurous — could really experience. Travel was all about grand tours, pilgrimages and journeys to new, far away lands.

"It wasn’t [until] ... the first affordable transcontinental flights that 'ordinary' people could travel," he added. In this way, many people see travel as something that demands the discovery of new frontiers and frequent encounters with the unfamiliar.

But whether or not you prefer to venture far off the beaten path or love returning to the same summer house every year with your family? That, Haas said, is a matter of disposition.

"Many travelers ... love the familiarity of Disney World," Haas said, "and the great sites of the world from [the] Grand Canyon to the Eiffel Tower ... Psychologically, both have enormous appeal, and what you do, assuming money is not an issue, depends on your personality."

"It’s really two ways of seeing yourself and the world," Haas added. "And these extremes have [a lot in] between.

How to enjoy tourist attractions

Sure, you can visit first thing in the morning or during the off season to avoid the worst crowds. But the most prominent tourist attractions on Earth are rarely without sightseers and other pesky trappings of tourism.

"People should reframe their perception as a means of sharing and appreciating something with millions of others who have come before them and will continue to come after them," Meyers said. "Rather than think of tourist attractions as a forced experience with countless strangers, reframe them as one of those rare experiences in life when [we] do something that is communal in nature."

Travelers should also think very carefully about who they visit these attractions with. Personally? I love visiting tourist attractions with other travelers — or hey, even locals! — who know and love them well. They bring context and appreciation to a situation that can otherwise feel clichéd.

It's not unlike why those hop-on, hop-off bus tours that you may have dismissed as obnoxious can be a really convenient and informative introduction to a city.

This summer, my boyfriend and I visited our friends who live in Basel, Switzerland. The four of us drove over two hours to the Appenzell Alps in the northeast corner of the country so we could hike to the Äescher guesthouse, which most famously graced the cover of a special National Geographic issue. Its popularity skyrocketed, and we were hardly alone.

But there's a reason this historic restaurant, which seems to cling to a sheer cliffside, is one of the most popular sites in all of Switzerland. And being there, sipping Appenzeller bier and enjoying the view with close friends who also happen to be locals made it (mostly) easy to ignore all the other tourists crowding around for a photo with the Äescher in the background.

One last thing to love about visiting touristy destinations? You'll learn to be a lot more patient if you want a picture without a horde of tourists in the background.

No matter where or how you typically travel, don't dismiss a major tourist attraction just because it might seem overdone. Be open to having your own personal experience at places that are, more likely than not, truly beautiful or historically significant. Consider all those other tourists part of the moment. And, above all else, have fun.