Why obnoxious big-bus city tours are sort of awesome

Articles
Summer Hull , aka Mommy Points, ran the Mommy Points site for families who want to travel more for less using miles and points for seven years. She now heads up a variety of special projects at TPG when she isn't exploring the world with her own two girls.
Follow
Oct. 01, 2019
•
6 min read 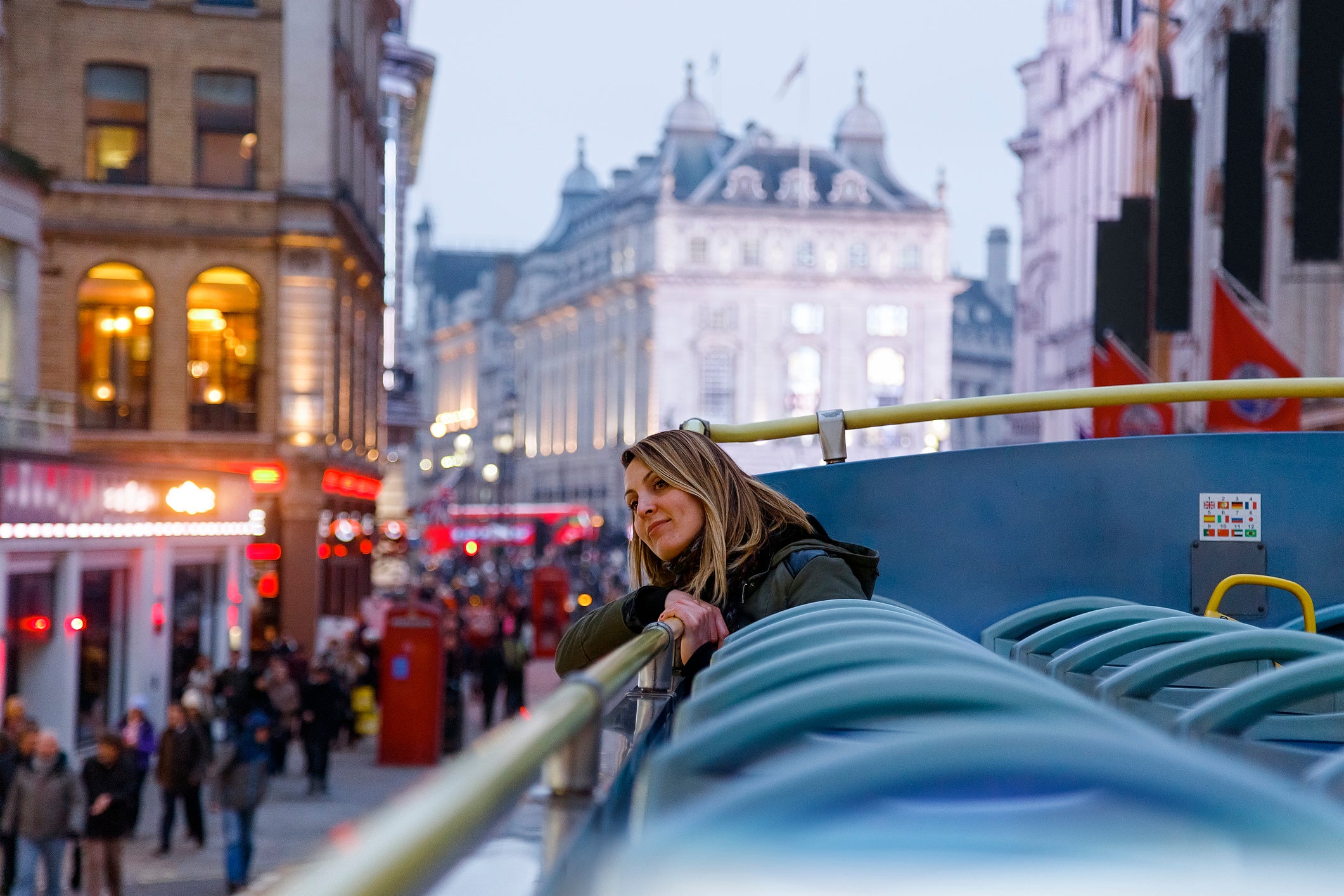 I have a travel confession: I kind of love big-bus tours. You know, the ones with those often gaudy-looking buses with tourists piling on and off in major cities everywhere. Now I don't like to admit that I'm the sort of traveler who hops on a double-decker bus, heads to the top deck, plugs in some cheap headphones that come with the tour and learns the lay of the land by looping about and listening to prerecorded facts and trivia about a city -- but I sometimes am that sort of traveler. And even if you think you aren't the type of traveler to get anywhere near a hop-on and hop-off bus tour, maybe you should give it a try.

Grandma is to thank (or blame?)

I can't truly claim the fame or blame for my appreciation of big-bus tours -- my mom made it happen. A few years ago, she and her sister took a fancy post-teaching retirement trip through Europe courtesy of miles and points. They went to a number of European cities such as London, Paris, Zurich and Rome, but didn't have the luxury of staying in each city more than a few nights.

To conserve energy, reduce stress and maximize time, they decided to start each city visit with a big-bus tour. I may or may not have given their plan an internal side-eye, but it worked out great. When I later traveled to Barcelona and Madrid with my mom (and daughter), she wanted to again rely on the big bus to provide an intro to the European cities and I grudgingly agreed. She was right -- it was sort of great.

Related: Best ways to get to Europe using points and miles

If you have a full week in a city, you can probably find your way around to all the major highlights pretty easily sans bus, but if you are just going for a long weekend, the big bus shines. You can start your first day with a couple of hours on the bus and even hop off at the sites that interest you most. On your subsequent days, you'll have a good feel for the urban geography and can spend your time exploring where you'll be the happiest.

Great when transportation is a challenge

Some travelers thrive on the challenge of learning to navigate public transportation in a new-to-them city, but many don't. In fact, learning to navigate a new city by bus or subway can be really stressful at first -- especially if there's a language or currency barrier. If you don't want to learn the transportation system for a short stay, the big buses are potentially great solutions that don't cost nearly as much as taking a car everywhere. Big-bus tickets will cost more than a public subway or bus pass, but the routes are easy to understand and you can usually use them to get close to many areas of a city. You can typically buy your big-bus tickets online and not have to mess with the currency or chip-and-pin issues you may face at subway or train stations.

If you want to rely on the big bus for a quick visit, the second and/or third day of a pass is usually significantly cheaper than the first day, if you commit to those days up front. For example, the most recent big-bus tour I took was in Vienna, where a one-day pass is around €27, but a two-day pass is just €31.50.

Do you still think taking the big bus is lame? Imagine that you have travelers in your group who have issues walking long distances. They may be young kids, older adults or anyone in between. I travel with both and the bus is the easiest solution short of a pricey private driver. In fact, my daughters have not only saved steps on the big buses, but taken legitimate naps. The buses typically loop, so if your kids fall asleep on them, just stay onboard and nap for a loop, which is often one to two hours. When you are jet-lagged in a European city, this can be a great compromise between wasting a day napping in the hotel and getting out.

(As an added perk, there is often included Wi-Fi, so you can catch up on your internet-ing while cruising around the city.)

Speak to me in a language I can understand

Immersion in a new culture is a beautiful thing, but so is some understanding of what is going on. The big-bus tours usually offer recorded information in a wide variety of languages. On the big-bus tour in Paris, you have your choice of listening to English, French, German, Spanish, Italian, Russian, Japanese, Brazilian Portuguese, Arabic, Mandarin Chinese and Korean. After a day of struggling through cafe orders and using translation apps to read signs, listening to your native language for a bit can be a nice break.

It's common for a major city to have more than one big-bus tour provider, which can get a little confusing. There is no one bus company that is best around the world, so you'll need to choose the best one for you in the city you are visiting. The best one is usually the one with a major stop closest to where you are staying, but compare reviews, prices, hours and routes to choose the ones best for you. The truth is they are normally all very similar.

I get it, "real" travelers don't get on big red buses. But just like I think there is value in strategically popping into an international McDonald's, big-bus tours can also have tangible value on certain types of trips or when exploring with certain types of travelers. Just avoid putting up an Instagram of you on the bus and your friends won't ever be the wiser. We certainly won't tell.