Articles
Lori Zaino is a writer for TPG and TPG UK covering travel, news, points and miles and more. She's been based in Madrid, Spain almost 15 years and is an expert in travel throughout destinations such as Europe, Southeast Asia and Africa.
Follow
April 03, 2020
•
9 min read 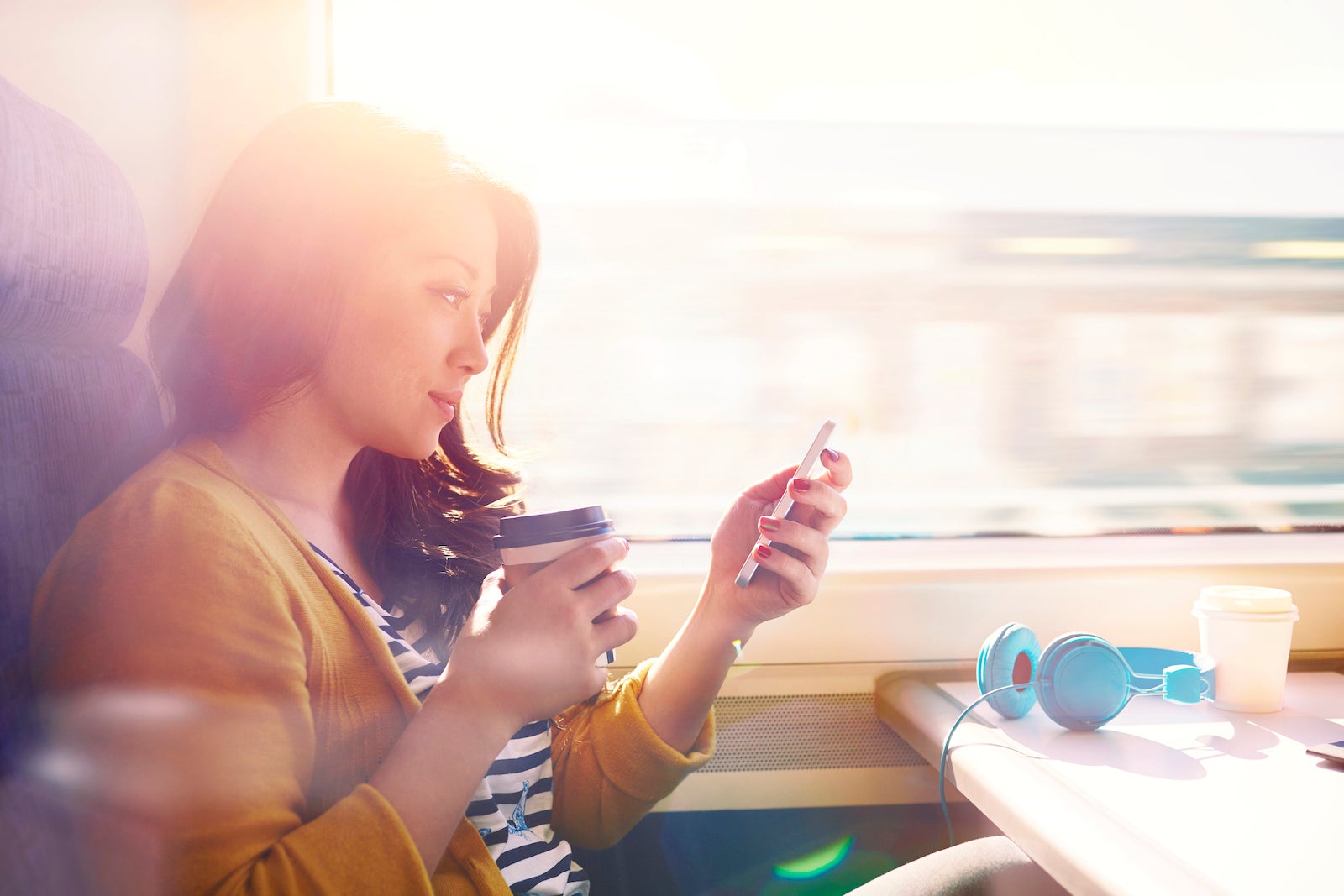 The team at The Points Guy loves to travel, but now is not the time for unnecessary trips. Health officials note that the fastest way to return to normalcy is to stop coming in contact with others. That includes ceasing travel. We are publishing some travel guides because we should all use this time to think about and plan our next adventures. TPG doesn’t advise booking trips for travel until later this year -- and even then, be mindful of cancellation policies.

Not multilingual? You don't actually need to be when using these handy translation apps that can help you read, speak and understand the local language wherever your points and miles take you. With voice, text and camera translation, these apps help break down language barriers -- and some even work offline when you don't have internet access. You'll be able to order food, hail taxis and communicate with locals by tapping your phone, for a stress-free, enjoyable experience when traveling abroad.

Here are TPG's picks for nine of the best translation apps you can download today:

One of the most popular translation apps in the world, iTranslate has almost 350,000 ratings on both iTunes and Google Play — most of them with four and five stars. There's also a special version for Apple Watch. The basic app includes a phrasebook with predefined, useful phrases and translations in more than 100 languages. A pro version ($5.99 per month or $49.99 for a yearly subscription) features language packs to download and use offline, website translation (including a Safari extension), camera translation, voice-to-voice conversations (now available offline in four languages) and verb conjugations. Download the basic version for free on iTunes or Google Play.

This app allows you to translate 108 languages by typing in a word or a phrase and offers access to 59 languages offline. You can use handwriting (where you draw text or characters instead of typing) in 95 languages. For camera translation in 90 languages, you can point your camera for an instant translation of, say, a menu. Two-way instant speech translation is available in 43 languages. Google Translate is simple to use too, with icons at the top you can click to draw, take a photo, speak or type. Download for free on iTunes or Google Play.

If you want to sound savvy abroad, TripLingo will help you communicate like the locals and understand their culture. Start by selecting a country (there are more than 100 countries, from Nepal to New Zealand, Senegal to Spain, Indonesia to Israel and beyond) and then downloading the pack for your desired destination. For example, if you're heading to Spain, you'll have a voice translator that will translate your voice into Spanish, an image translator, a selection of key Spanish phrases, a Wi-Fi dialer so you can make calls from abroad (you can add credits starting at $10), and even a section about tipping, safety and cultural norms to ensure you'll blend right in.

There are suggested phrases you can use for a little humor and fun, nightlife and even flirting -- all can be downloaded and accessed offline. A pro version with added phrases, a $3 Wi-Fi call credit, a free call to a live translator and audio lessons starts at $19.99 per month. Or, if you find yourself in a sticky situation while abroad and need serious translation assistance, access to a live translator starts at $3 per minute. Download the basic version for free on iTunes or Google Play.

Translate your voice into 90 languages and dialects with SayHi. The app allows you to record your voice and then translates it into the language you've selected. You can play your translation in the voice of either a woman or a man, and adjust the speed to your liking. If you're in a noisy environment, you can also type in the app instead of speaking into the microphone. The app is only available when you're connected to the internet through Wi-Fi or have at least a 3G data connection. Download for free on iTunes and Google Play.

Specializing in Asian languages, Papago translates between English and Korean, Japanese, Chinese (simplified/traditional), Indonesian, Vietnamese and Thai, as well as Russian, German, Italian and Spanish. Translations are available in the form of text and voice, and you can also have a conversation using the app in which two people can simultaneously speak and have the app automatically translate the respective languages. Photo translation, handwriting translation and offline translation are all available. There is a dictionary/phrasebook, too. You can download a special section just for kids. Download for free on iTunes and Google Play.

Translate text, voice and photos between English and more than 60 languages with Microsoft Translator. The app is ideal for business travelers, with a multi-person conversation translation feature where you connect your devices and can actually speak with as many as 100 people at a time in different languages. The split-screen function lets you see a phrase while someone sitting across from you can read the translation. Language packs are available for offline translation. With translation guides and pronunciation help (the app is particularly useful for Chinese), you can also learn how to properly speak some of the phrases you're translating instead of relying only on the voice function. Download for free on iTunes or Google Play.

Waygo only translates from English to and from Chinese, Japanese and Korean, but it can be a lifesaver if you're stuck without Wi-Fi, as it's available entirely offline. The app is best used with the instant camera — just point at signs and menus and then see your translation. Foodies will find Waygo particularly useful, as you can go into the food picture mode after translating a menu item to better understand what you're about to order. The basic version includes 10 free translations per day, and the upgraded version, which includes unlimited translations, costs $6.99 for just one of the three languages or $11.99 for all three. Download the basic version for free on iTunes and Google Play.

Similar to SayHi, this app translates audio into more than 40 languages, allowing you to ask a local for directions, tell a taxi driver an address or say almost anything you'd like in another language. You record yourself and then your voice is immediately translated into your chosen language. You can record someone's response in their language, and the app will then translate it into your language. You can also connect two devices and have easy back-and-forth conversations with someone who doesn't speak your language. The pro version comes with a custom phrasebook, unlimited translations and transcripts and no ads for $39.99 per year. Or, download the basic version (with limited translations) for free on iTunes.

If you're willing to pay for a translation app and are interested in translating less common languages, consider Speak and Translate, which translates to 117 languages for text and 54 languages for voice. It integrates seamlessly with iCloud, allowing you to sync your translation history across all your Apple devices. You can also change the voice speed and select the gender you want to read your translations. Download and pay $6.99 per month or $38.99 per year (a short three-day or seven-day trial may be included) on iTunes.

Related: New to The Points Guy? Check out our points and miles guide for beginners.