Articles
Brian Biros spent most of the last 15 years backpacking through 100+ countries. He writes TPG's Points & Miles Backpacker column, so you'll more likely find him in a hostel than a Ritz, if you can find him.
Follow
Nov. 26, 2019
•
9 min read 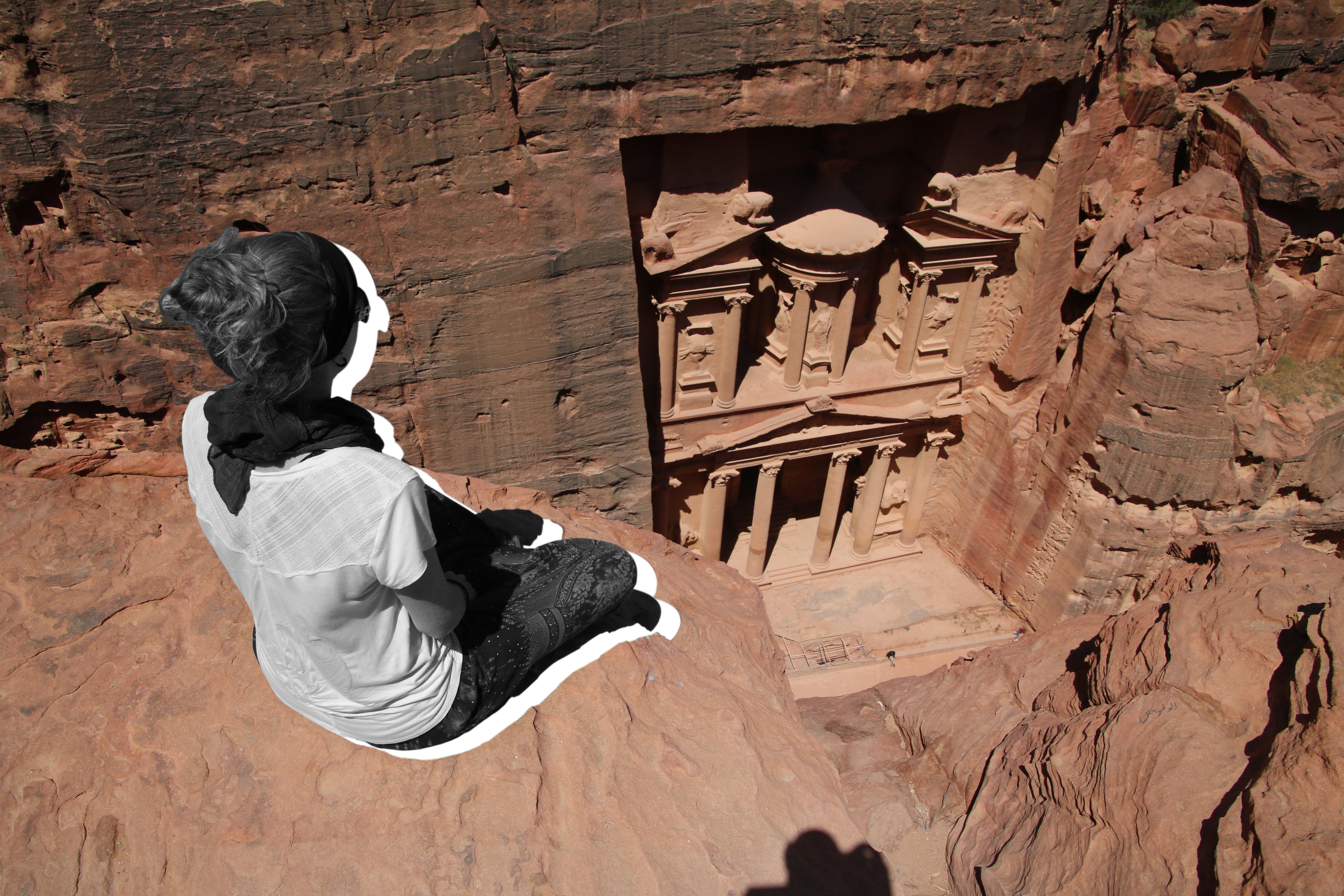 It's always a challenge to discover amazing destinations before mass tourism arrives, but sometimes the world is already there. So should you skip the Eiffel Tower? Ignore Angkor Wat? Pass up Machu Picchu?

No, they're still places every traveler should experience. I recently visited some of the most popular (read: crowded) tourist attractions on the planet to see if it's possible to appreciate them in relative peace. I also reached out to globe-trotting friends who just got back from visiting others. Using the following tips, you can still see highly trafficked tourist spots without throngs of tourists ruining the experience.

No one knows how to dodge the crowds like a local guide. A private guide can customize your experience, unlike a guide who is part of a structured tour. If avoiding crowds is your priority, a private guide will know where to go and when to get there.

After centuries buried beneath the Southeast Asian jungle, Angkor Wat has become increasingly popular for tourists. When I visited the ruins in 2005, crowds weren't an issue, but that's changed. The ruins, however, are extensive and expert guides know precisely when the big tour buses will arrive. And in low-income countries, private guides can be quite affordable.

Cindy Sheahan, a budget backpacker who captures her experiences in her blog, DRD4-7R: Posts From a Flashpacker, recently visited Angkor Wat. She hired a guide for three full days and told me it completely changed her experience.

Sheahan's guide, Mr. Bolly of Asean Angkor Guide, led her and her travel partners to spots with fewer visitors because big buses weren't around. He also knew the best spots for taking pictures. His rate ($250 for three days, including air-conditioned transportation) is pretty reasonable — especially when split four ways. Sheahan said, "I don't normally do many paid tours and struggled with this, but I felt it was a once-in-a-lifetime experience well worth the expenditure."

Be there before the gates open

Arriving early is common advice for tourist attractions, but even the early crowd can get crowded, so you have to get in front of them too. If there's a line at the gate when a place opens, you may have to arrive 15 to 30 minutes before.

When my friends and I visited Petra in 2017, we spent the first day on a guided tour, exploring the city and learning its history. But crowds kept us from getting great shots of the famous Treasury facade. On Day Two, we arrived at the gates before they opened. We weren't alone, but others were on guided tours or walked at a leisurely pace. We moved quickly from the entry gate to the Treasury and had it to ourselves for about 20 minutes, getting all the photos we wanted without anyone in the way.

When sites are a couple of hours from the nearest tourist town, even the early risers will arrive well after the gates open. If you spend a night close by, however, you can sleep longer and still get there before anyone else.

The famous ruins of Chichen Itza, for example, are a common day trip from the tourist hotspots of Cancun, Playa del Carmen and Tulum. But after the two-hour drive, the ruins are packed and tourists must endure the midday heat. When I visited, I stayed at a small guesthouse 10 minutes from the ruins and entered as soon as they opened. I split the cost of a guide with a family also staying at the guesthouse and we were through our tour before the big buses arrived and left as the sun started scorching.

Sunsets often get all the Instagram love, but I prefer sunrise. Only recently did I discover sunrise as the beginning of a day instead of the end of a night that lasted too long. And those same magical colors you get at sunset also appear at sunrise. Best of all, you're sharing the experience with far fewer people.

Travelers Nash and Mia Ream were in Paris last week. "In major cities like Paris," Nash said, "navigating crowds is a challenge year-round. The best strategy to capture amazing pictures at the landmarks like the Eiffel Tower is to arrive early; the closer to sunrise the better. This should be easier for U.S.-based travelers who will likely be fighting jet lag and otherwise staring at the hotel ceiling."

The best way to avoid the crowds of high season and the weather of low season is to visit between the two. During the so-called shoulder season, travelers can typically find mild weather and thin crowds, as well as discounted flights and accommodations.

I visited Portugal in April of 2016, and the weather had warmed up but the tourists hadn't yet arrived. The southern coastal town of Lagos was as empty as I'd expect it to be in February but the weather felt like summer, perfect for hiking and kayaking.

If you're hitting a beach destination during the shoulder season, it's best go at the end of summer to still enjoy warm waters.

Sometimes, the days or weeks leading up to an event can be more enjoyable than the event itself. Carnaval, for example, is a spectacle beyond comparison, but Rio de Janeiro is uncomfortably packed for the five-day event. I prefer visiting in the weeks leading up to Carnaval, when the samba schools that parade down the Sambadrome hold rehearsals with some participants costumed like it's the main event. Sambadrome tickets are very difficult (and sometimes expensive) to come by, but rehearsal tickets are cheap and available on-site.

Many cariocas enjoy the weeks before Carnaval in Rio, then rent out their apartments and escape to Buzios or Ilha Grande during the madness. Lodging is notoriously expensive during Carnaval, so you'd save plenty of reais by following their lead.

In some countries, rules aren't enforced to the letter. For example, when I asked my guide in southern Bosnia if we could swim beneath Kravica Falls, a main stop on the tour, he said, "It's Bosnia. Nothing is allowed, but everything is allowed."

Similarly, Machu Picchu — which recently enacted a timed entrance policy because of crowds — is still lax with some of the new guidelines. My friend Ashley visited recently and she said that although people aren't allowed to enter before their scheduled time, no one is enforcing the four-hour limit for visits. Also, there was no requirement to go with a guide, despite a rule to the contrary. This allowed her to drift away from the crowds a bit and explore the ruins at a leisurely pace.

As of 2018, visitors to Bagan, in Myanmar, are no longer allowed to ascend the famous temples, which had previously been the best (and most economical) way to watch sunrise and sunset over the thousands of other temples. Yet reports on the ground say that this is currently only enforced at the most popular temples. Many local guides will take you to their favorite, remote temples where you likely won't find many other tourists and you can explore at will.

There's a reason tourists flock to certain spots and in this connected era, it's harder than ever to keep spectacular places secret. Fortunately, it's still possible to enjoy the world's wonders without a pack of other tourists ruining the experience.