4 Destinations to See Before They're Ruined by Mass Tourism

Articles
Brian Biros spent most of the last 15 years backpacking through 100+ countries. He writes TPG's Points & Miles Backpacker column, so you'll more likely find him in a hostel than a Ritz, if you can find him.
Follow
April 22, 2019
•
9 min read 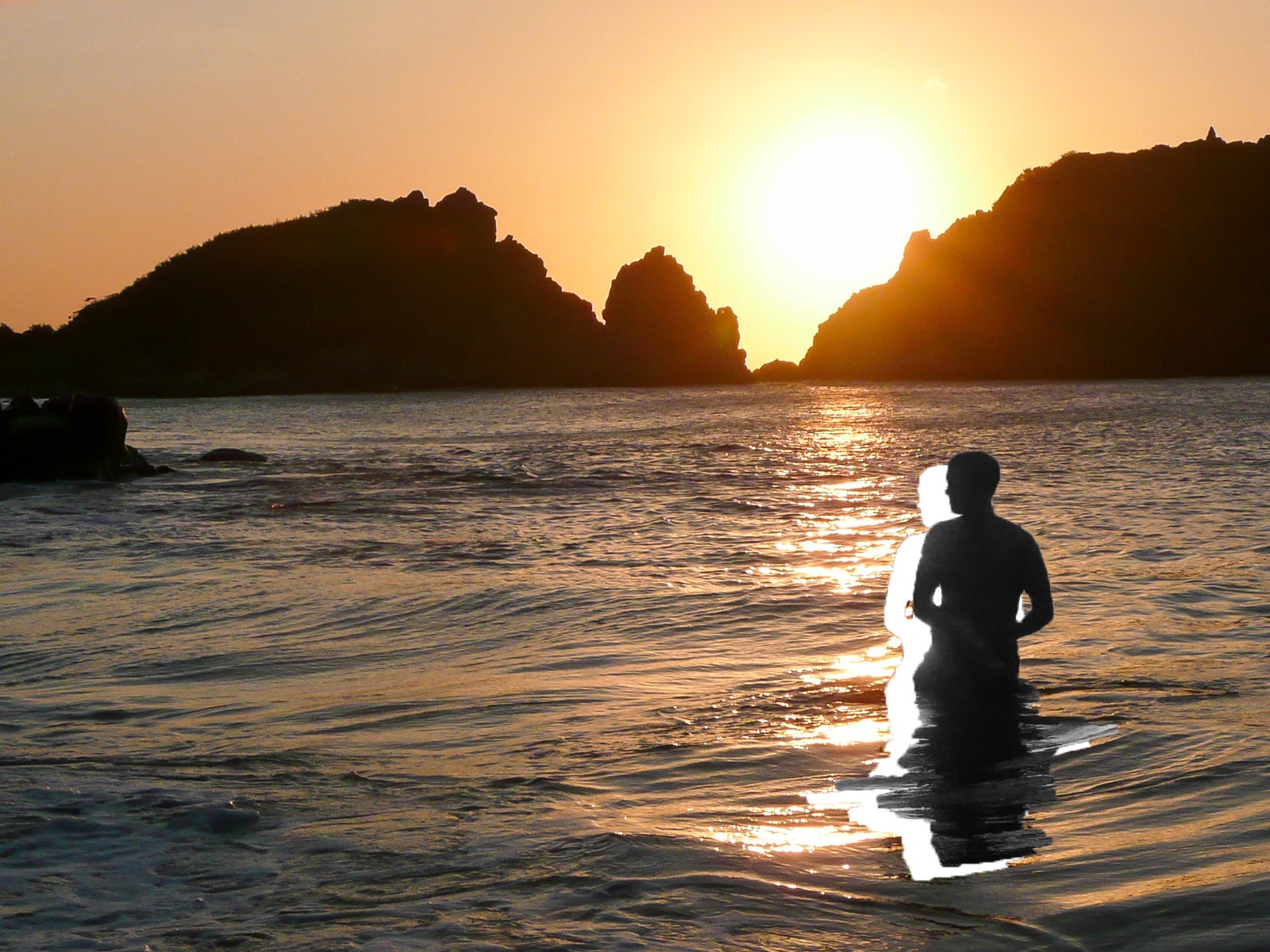 4 Destinations to See Before They're Ruined by Mass Tourism
This post contains references to products from one or more of our advertisers. We may receive compensation when you click on links to those products. Terms apply to the offers listed on this page. For an explanation of our Advertising Policy, visit this page.

When I was 19-years-old, my friend's mother organized a trip for a small group of friends to her homeland, Peru. I could point to Peru on a map and name its capital, but my knowledge of the country ended there. It was only my third international trip, and I was up for an adventure.

A few days into that trip, after an early morning train ride that carved switchbacks through mountains, I found myself in terraced ruins I had never heard of: Machu Picchu. I felt like I was in an Indiana Jones movie. We spent two days wandering around the ruins, free to explore and climb as we wished. The second morning, we followed a trail up to the top of a nearby mountain. I passed nearly everyone until a man in bare feet overtook me. I asked where his shoes were, and he said I should feel the mountain on my feet — so I did. We reached the top before anyone else. He walked to the cliff edge, announced something about being "free," and shed the rest of his clothing.

Things have changed at Machu Picchu since 2000. I returned in 2008 to find a lot more tourists, ropes and "Do Not Pass" signs. Huayna Picchu, the mountain I climbed with my very free friend, now only allows a set number of people to climb each day.

Today, Machu Picchu is at the top of everyone's travel bucket list. The ruins are still a site everyone should see, but the overcrowding is a huge problem. You need a different ticket to climb Huayna Picchu, and officials recently implemented a strict new timed entry policy forcing tourists to enter with a guide during a designated time slot.

The days of frolicking at your leisure around Machu Picchu are done. But while the tourism boom and resulting restrictions at this ancient Inca citadel have changed the experience, there are some places you can't even experience anymore.

Maya Bay, on Koh Phi Phi in Thailand, for example, was the setting (and only redeeming quality) of Leonardo DiCaprio's 2000 film, "The Beach." It was closed indefinitely last year due to strain from mass tourism. But when I first visited Maya Bay in 2005, my boat was the only one in the bay.

When I returned in 2010, I shared the beach with a noticeable, but manageable number of tourists.

Then when I returned again 2014, it was packed.

From there, it only got worse. Before Maya Bay closed, boats were shuttling in thousands of tourists each day. After what was supposed to be a temporary four month closure, officials decided to keep it closed indefinitely.

Visit These 4 Destinations Before Its Too Late

Before you hand me a pipe and tell me to go sit in a rocking chair, there are still some spots that haven't been overrun by mainstream tourism. Get to these places soon, before everyone else does.

If you asked a group of foreigners to pick the most beautiful spot in Brazil, Rio De Janeiro would likely be the top answer. But if you asked a bunch of Brazilians, Fernando de Noronha would get the top spot.

Fernando de Noronha is an archipelago 220 miles off the northeast coast of mainland Brazil. From above, the craggy island looks like the spiny backside of an unnamed amphibious creature. Add to the stunning backdrop an ocean boasting 160 feet of visibility, and you can see what makes this destination so famous. The guidebook I used during my visit in 2009 proclaimed Brazil had four beaches that had been awarded a perfect five star-rating — and three of them were on this 10-square-mile island.

Less than 500 visitors are allowed to fly into Fernando de Noronha (FEN) every day, and all visitors have to pay taxes on their visit. An environmental preservation tax costs $14 per day for the first 10 days, after which the daily tax steeply increases. A separate $40 ecological tax is also mandatory.

While flight costs have decreased, an airpass is still the best value. Hotels are also expensive, but Airbnbs are much more reasonable.

I don't know how Fernando de Noronha has managed to stay under the radar for so long, but that seems destined to change, especially now that Baia do Sancho has been voted one of the top beaches in the world for 2019.

Two hours south of Tulum, travelers can find two of the Yucatan peninsula's best natural attractions. Here, underwater cenotes feed a lake next to a sandy stretch of coast with water so clear and blue you'd think you were in the South Pacific. I've never seen a freshwater lake that more closely resembles a saltwater lagoon.

In the last decade, Tulum has turned into a parade of tightly-packed eco-chic resorts hawking spirulina smoothies with activated charcoal for exorbitant prices. Bacalar Lake is no secret to Mexicans, but it's easy to imagine it becoming the trendiest new spot for Americans in the next few years.

This intense, four- to six-day trek in Colombia climbs up and down jungle-covered hills, snakes through untouched lands and zig-zags across rivers to reach an an ancient city hundreds of years older than Machu Picchu.

You'll encounter just a handful of backpackers and will sleep in hammocks and simple bunks. The hike is challenging and in no way feels crowded. I joined a group of 10 backpackers, booking it the same morning we departed, and we were the only group that day on the trek. This is a stark contrast to the experience you'll have on the Inca Trail, if you managed to book that the necessary six months in advance.

Despite Colombian tour operators' marketing, however, Ciudad Perdida does not compare to Machu Picchu. It's a handful of interesting terraces with some impressive viewpoints in a beautiful setting, but the city itself doesn't belong in a conversation with the Lost City of the Incas. But it's a rewarding trek you're after, the Colombian jungle doesn't disappoint.

As South America and Colombia become increasingly popular with backpackers — and the Inca Trail is able to accommodate fewer of them — Ciudad Perdida could become a popular trek on the circuit, especially for travelers not interested in cold weather and extreme elevation.

Located east of Panama's eponymous capital in the Caribbean, the San Blas Islands are a chain of tiny islands in a turquoise sea. Many have just a few simple shacks with kitchens for lodging.

Most of the islands can be circled with a five-minute walk, but swim stops in the shallow lagoon or naps in hammocks strung up in the palm trees will make them last much longer. Many people come out here for a day trip, but it's better to spend a night or two to really relax and unplug.

You'd expect an idyllic chain of islands like this to see some major development, but the native Kuna tribe has maintained strict control over tourism on these islands.

Tourism is good business for the locals, but they have stayed true to their culture and put a strict limit on development. I don't expect that to change, but as rustic islands like these become harder to find, the San Blas Islands may become a go-to vacation spot in the western hemisphere.

The constant challenge of off-the-beaten-path travel is to stay one step ahead of everyone else. That's why you should check out destinations threatened by climate change and places that are still totally Instagram influencer-free now, before they're overrun by tourists, closed to visitors or otherwise disappear forever. Twenty years from now, you'll be able to say, "You should have seen what it was like in 2019."