My new strategy for maximizing sleep on transatlantic flights 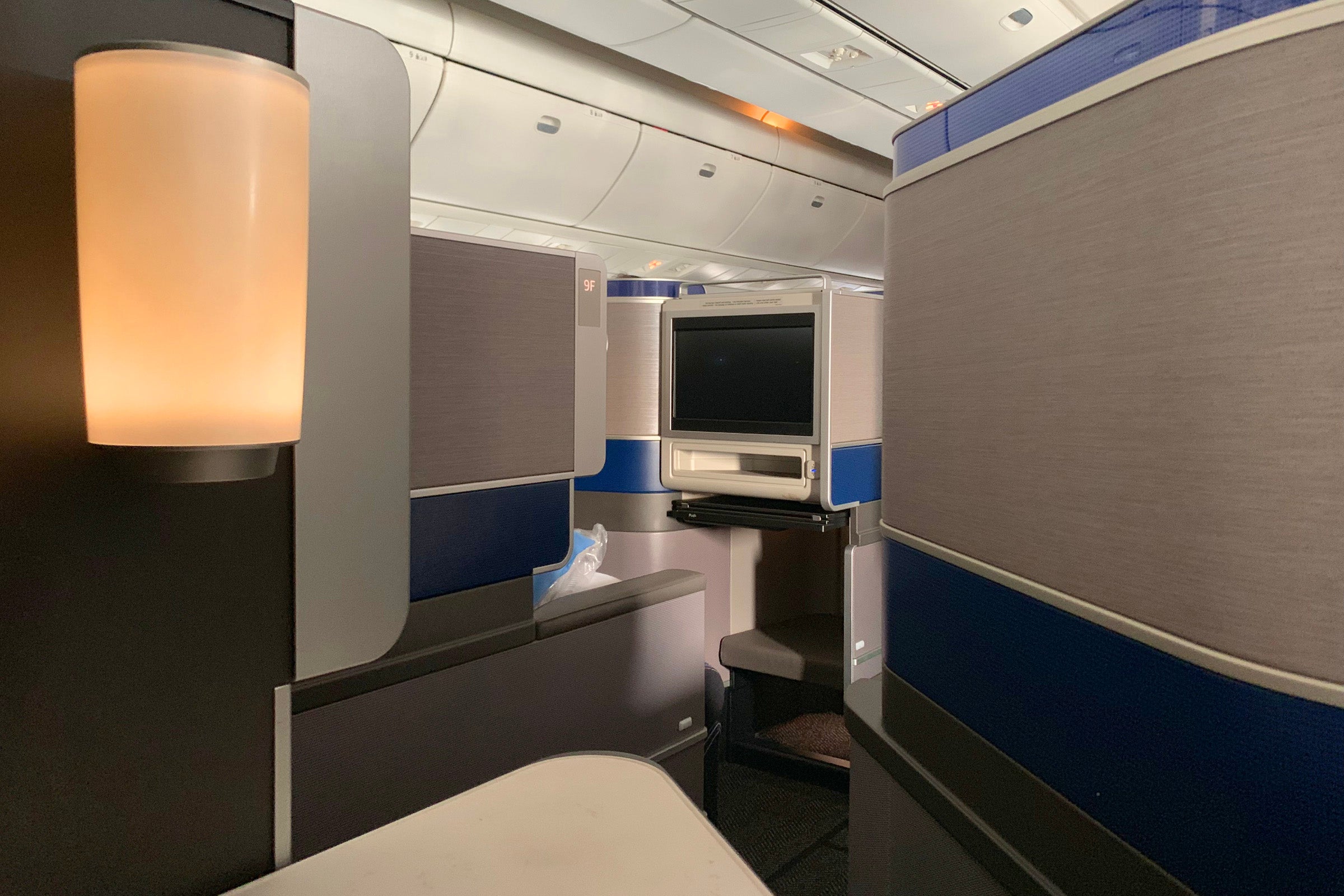 With a few exceptions — primarily early-morning departures from New York to London — most flights from the U.S. to Europe operate overnight. If you're traveling eastbound across the pond, chances are you're going to find yourself on a dreaded red-eye flight. You don't have to fear a red-eye flight, though — especially if you fly up front.

Recently, two new airline products have prompted me to change my tune when it comes to an evening or late-night departure to Europe.

First is United's "high-J" 767 — with 46 Polaris seats on each flight between Newark (EWR) and London (LHR) and other European destinations. I've had great success upgrading economy tickets to business class, netting me low-cost lie-flat seats.

The other is the launch of La Compagnie's Airbus A321LR, which features 76 lie-flat seats -- and an otherwise no-frills experience -- with fantastic fares. In some cases, you can book business class for the price of coach. However, there have been a number of reports of the airline's mishandled cancellations and aircraft swaps to a far-less-desirable angle-flat 757. Aside from some customer service issues, I had a great experience flying the A321.

Although the quality of United's à-la-carte dining has declined a bit since launch, I still prefer eating in the carrier's Polaris Lounge to waiting up for an inflight business meal during the short overnight flight to Europe. Lounge access is limited to business-class passengers but you can get in with an eligible partner boarding pass, too.

If I'm flying another airline or my upgrade doesn't clear until the gate, I'll purchase a meal at a decent airport restaurant — my favorite is Classified at Newark's Terminal C.

I don't avoid alcohol on the ground but I don't drink much on a red-eye flight. I also make a point of drinking lots and lots of water until an hour before boarding. If the journey is short enough, I can usually leave the supplied water bottle sealed until just before landing, and avoid a middle-of-the-night trip to the lav.

When I need to sleep on a red-eye, I might have a predeparture beverage, but once the door to the plane closes, I'm cutting myself off. Since I've already eaten at the airport, I skip all the food, and I'll do my best to avoid any additional beverages, too.

Just after takeoff, I whip out a product called Sleep Aid Spray from OneSecond Supplements. I was skeptical when I first tried it, but it really does the trick — the mix of chamomile and melatonin has me out in just a few minutes and I usually manage to sleep through most of a flight.

I also bring along my own eye mask and — most importantly — my own earplugs. Years ago, I purchased a box of "Howard Leight by Honeywell Laser Lite High Visibility Disposable Foam Earplugs" and I'm still working my way through. They're designed for workplace hearing safety and they're better than anything I've found in an amenity kit. Plus, they have a cord, which I can wrap around my eye mask strap so they don't fall out of my ears in the middle of a flight.

Almost immediately after takeoff, I recline my seat fully into bed mode, install a mattress cover — if one's available — and prepare to doze off. With my eye mask and industrial-strength earplugs, I'm usually able to sleep through the pre-arrival announcements, often waking up with a flight attendant's polite tap, letting me know that it's time to put my seat in the appropriate position for landing.

Some airports and airlines have an arrivals lounge, letting you catch a shower and grab a hot meal after you land. Often you'll need a business-class boarding pass to enter but some offer paid access or partner with Priority Pass, such as the Plaza Premium Lounge at London Heathrow's Terminal 2.

With an early-morning arrival, I'll usually skip breakfast, unless I'm reviewing the flight, and either head to the arrivals lounge or purchase a coffee before I leave the airport. As a United Premier 1K, I get free unlimited access to the Timeshifter app, which has helped me to "beat" jet lag over the first few days of a trip, telling me when to drink caffeine, expose myself to sunlight and catch some sleep.

There's never a guarantee that I'll be able to snag a full night's sleep but armed with my new strategy — eating before the plane takes off, focusing on sleep and using the Timeshifter app — I've been having a much more pleasant experience once I land.