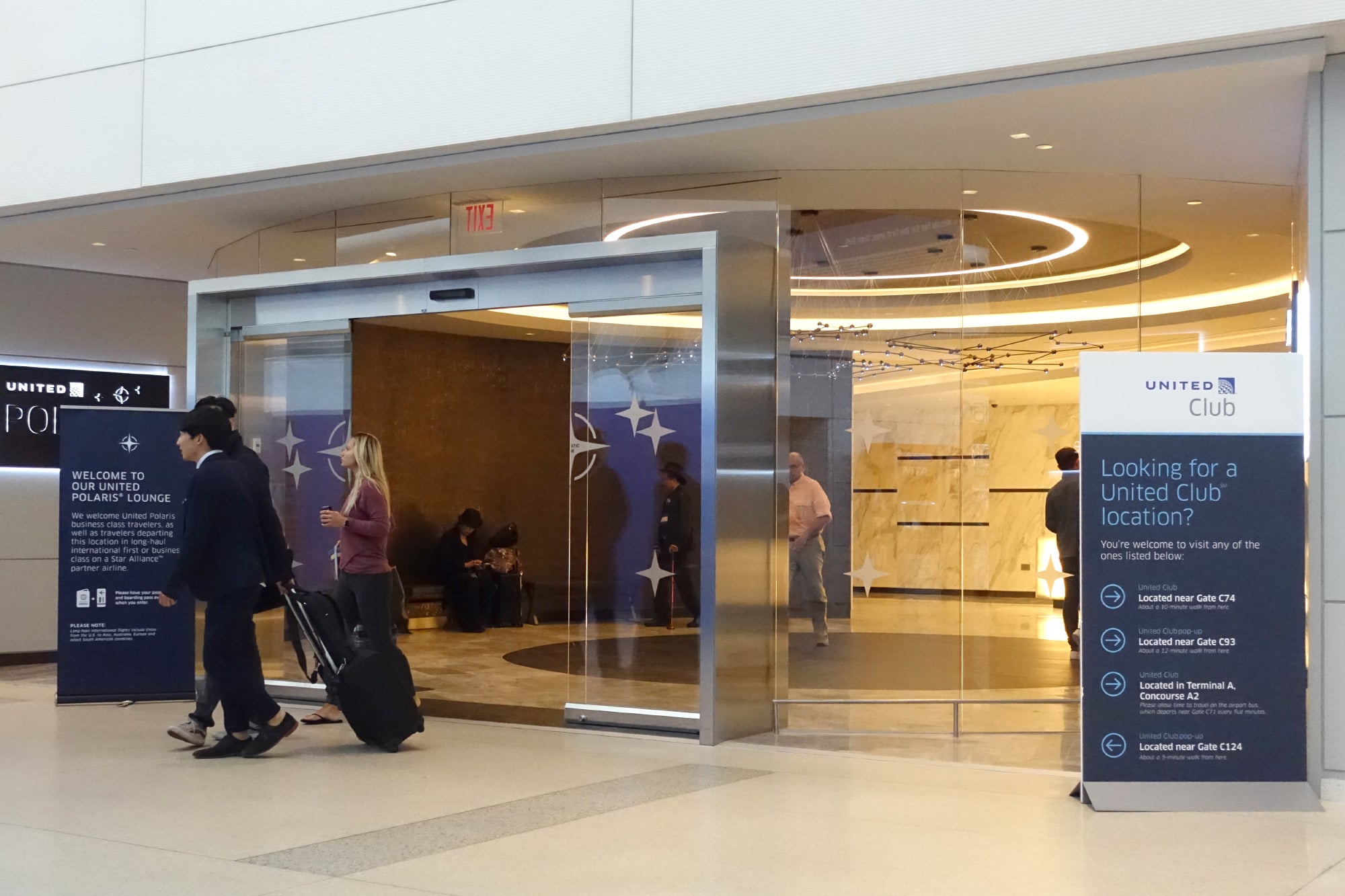 Visiting the Newark United Polaris Lounge When Flying Star Alliance
This post contains references to products from one or more of our advertisers. We may receive compensation when you click on links to those products. Terms apply to the offers listed on this page. For an explanation of our Advertising Policy, visit this page.

But unlike the airline's other locations, in Chicago (ORD), Houston (IAH) and San Francisco (SFO), the Newark lounge isn't easily accessible to premium passengers traveling on other Star Alliance carriers — even though they have every right to come in. So, ahead of a recent flight on TAP Air Portugal from EWR's Terminal B, where all non-United Star Alliance flights depart from, I decided to begin my journey at Terminal C, instead, to see just how practical it is to visit Newark's best lounge when flying out of a different terminal.

Beginning my adventure at Terminal C was almost as easy as if I were flying United. TAP doesn't have check-in desks there, but since I was able to print my boarding pass at home, and wasn't flying with checked luggage, that wasn't an issue at all. I was bummed to discover that TAP isn't one of the many carriers participating in TSA PreCheck, but the regular premium line got me through quickly enough, since I was flying on a slow Saturday afternoon.

The terminal didn't feel nearly as crowded as it does on weekdays, but the Polaris Lounge itself was far busier than it was during my first visit, on opening day.

The main seating area was almost completely full, as was the a-la-carte dining room.

Still, I was seated right away, and a waiter arrived almost immediately to take my order, with my Polaris Old Fashioned making its way to the table in just a couple of minutes.

That was followed quickly by my seared cod entree, which was fantastic, and the Italian chopped salad, which I found to be a bit underwhelming, but still fairly flavorful.

I finished up with the Milk & Brookie, "a playful take on the cookie and brownie — baked together and served with a glass of milk." Plus a cappuccino. It was a pretty decadent way to end the meal.

If you have the time, I'd definitely order off the a-la-carte menu in the dining room, but there's plenty to munch on in the buffet area as well, from cold cuts and salads...

... to hot entrees, that didn't look nearly as fresh as the made-to-order items in the restaurant area.

There was much more room to stretch out once you moved away from the dining area and windows, too — even during peak periods you shouldn't have a problem finding a seat somewhere.

I was also able to access a shower room right away, though the staff was a bit puzzled to see my TAP boarding pass, and had difficulty registering me without a confirmation or ticket number, both of which were missing from my printout.

Oddly, my shower was entirely out of soap, too, and of course there wasn't much I could do once I made that discovery.

After my soapless shower, I packed up my things and walked the five or so minutes to United's transfer gate near C71 in Terminal C.

Airport agents were checking boarding passes before allowing customers to access the bus — perhaps to avoid having passengers waste time with an unnecessary transfer.

While the experience didn't exactly match the Polaris Lounge environment I had left behind moments before, the bus transfer was simple and quick, and I was on my way to my gate in Terminal B just 10 minutes after reaching the transfer gate in the United terminal.

As with United's other Polaris Lounge locations, access is restricted to passengers traveling in the following cabins:

Star Alliance premium flyers are clearly welcome, and since the Polaris Lounge location is by far the most luxurious lounge at EWR, I definitely think it's worth the (slightly) added hassle of taking the airside bus back to Terminal B.