Articles
Melissa Klurman is a travel reporter and the winner of a Lowell Thomas Gold Award for travel writing.
Follow
Nov. 21, 2022
•
6 min read 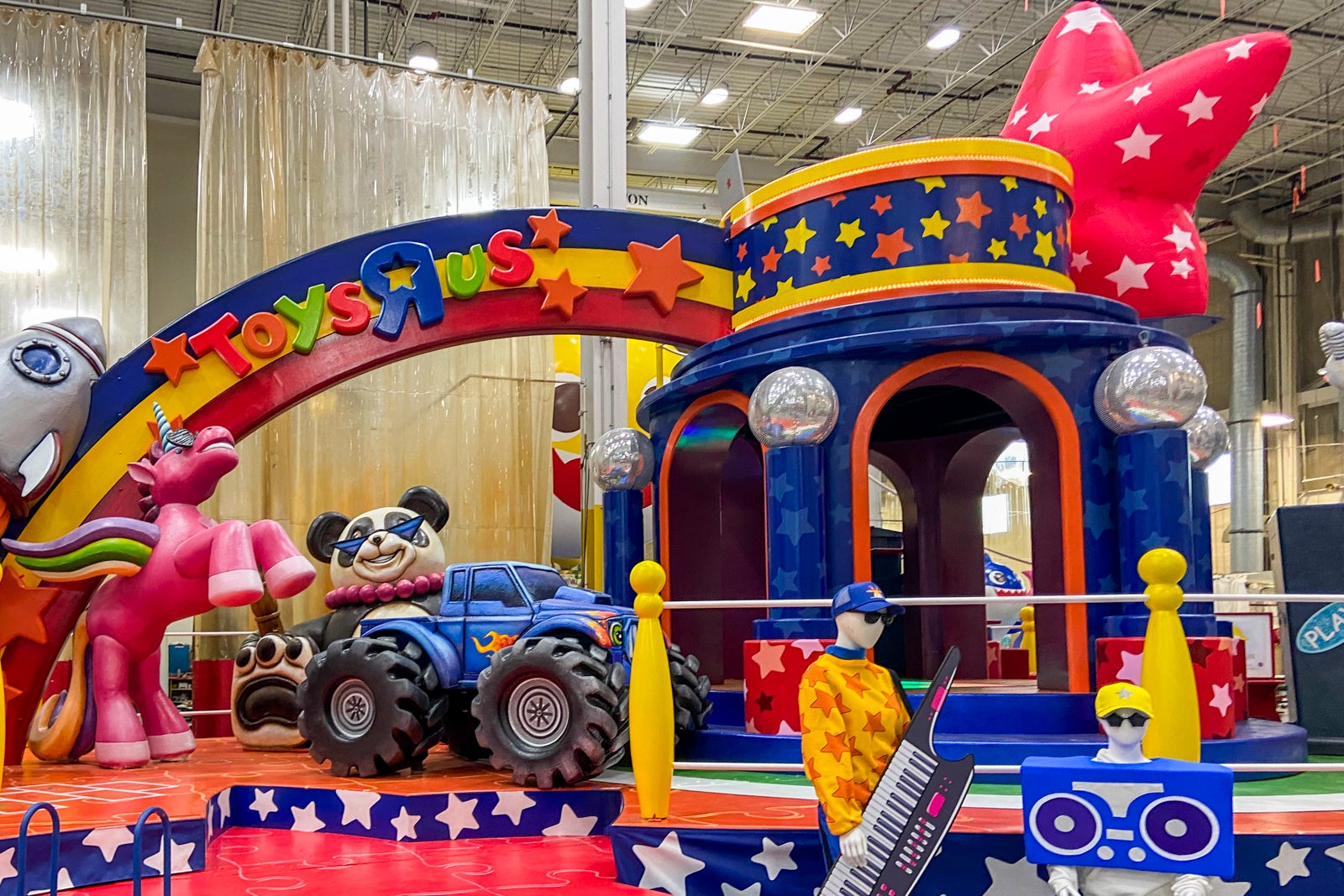 Get ready for a whole new parade-a-palooza as the 96th Macy's Thanksgiving Day Parade takes to the streets this Thursday.

New York City experienced several years of pandemic-related entertainment slowdown, and the parade had downsized along with the city.

However, the floats and balloons started revving back up last year, and now, according to Will Coss, the parade's executive producer, "America's parade" is back in full force with something to amaze and delight everyone who's watching from home or lining the streets of the Big Apple.

TPG got a sneak peek at the newest floats joining the route this year. If the parade is part of your turkey day celebrations, we're here to tell you that you won't be disappointed.

Expect lots of kid-friendly fun from five new floats that include a Toys "R" Us dance party, Baby Shark, "The Wondership" by Wonder (the bread), a traveling bed from Netflix's "Slumberland" movie and two Macy's originals, People of First Light and Winter Dragon.

Want a sneak peek, too? Read on.

Baby Shark by Pinkfong and Nickelodeon

The song is now an animated show on Nickelodeon, and the brightly hued members of the shark family will be swimming down the parade route.

There are two ways to spot the massive, finned swimmers. First, there's a float featuring an underwater seascape along with Mommy, Daddy, Grandma and Grandpa Shark.

Then Baby Shark will hover overhead in what Macy's media representative Christine Nealon explained is a "small" balloon managed by "just" two dozen handlers (by comparison, the largest balloons can have as many as 100 volunteers guiding them along the parade route).

Keep an eye on the "sea floor" to try and spot eight starfish and three different species of anemone. Easier to see will be Ziggy Marley, who will be performing on the float.

Another float that's sure to get a big thumbs-up from kids is this toy-filled DJ dance party. Geoffrey the Giraffe will DJ from the top of the float (if you're watching on television, you should be able to get a glimpse of the "Saturday Night Fever"-style light-up floor in the DJ booth).

This one is fun from every angle. Look for the toys that have morphed into megasize musicians and dancers, such as the guitar-playing dinosaur.

The classic toy store, once an attraction in itself in Times Square, can now be found within Macy's Herald Square. On the performance front, Jordin Sparks will ride along with Geoffrey.

This float needs some explanation since it's based on a not-yet-released Netflix movie. It's about a girl who must navigate a fantastical world with, among other elements, a bed that comes to life, a stuffed pig that also comes to life — oh, and Jason Momoa.

You don't need to know the film's plot to appreciate this technical wonder of a float, though. The massive — the legs have a 35-foot stride length — moving, 3D movie tribute is a true showstopper. The bed's legs march as if they're about to leap off into the street and the towering lighthouse has a zoetrope revolving inside.

The float also features a performance by the Ballet Hispanico.

A float with a true mission to both educate and entertain, this centerpiece was created by Macy's in conjunction with the Wampanoag tribe. Elders from the tribe will ride in seats of honor.

The float features an Eastern pine tree decorated with wampum shells. Along the outer edges, you can spot vines with strawberries, as well as sweetgrass and sassafras.

Is it a bicycle? A float? Or a dragon? This Macy's original creation is a bit of each, but way more than the sum of its parts.

This marvel of metallics is entirely hand-painted and a trick of engineering powered by a crew of cyclists. Their power alone moves the dragon down the street and brings its various parts to life, including wings that move up and down and a body that twists and bobs.

The Wondership by Wonder Bread

Here's another one that reminds us of our childhood. The idea is that Wonder Bread is "lighter than air," and this colorful ship features plenty of light-as-air balloons that float up from its center.

We saw lots of confetti accompanying the balloons, and we've been told that as the float heads down the parade route, more than 900 foam slices of Wonder Bread will rise in the sky. Also, American country music singer Cam will perform on the float.

Although we didn't get a chance to see any of the giant Macy's balloons inflated, we got a close-up view of the detailed replicas the studio creates as part of the production process.

New giant balloons floating in for 2022 are Bluey by BBC, Diary of A Wimpy Kid by Abrams Books, Dino and Baby Dino by Sinclair Oil and Stuart the Minion from Illumination.

We don't want to ruin all the surprises, but you'll want to watch for some extra-large bananas when Stuart comes floating by.

Featured image by MELISSA KLURMAN/THE POINTS GUY
Editorial disclaimer: Opinions expressed here are the author’s alone, not those of any bank, credit card issuer, airline or hotel chain, and have not been reviewed, approved or otherwise endorsed by any of these entities.