The original Park Hyatt gets a new life, Nashville goes luxe and other hotel news you missed in June

Articles
Tanner Saunders is a senior hotels reporter for TPG, a corgi dad and chicken fried steak fanatic. Originally from Texas, Tanner now lives in Brooklyn, but you are more likely to find him scouting out your next best home away from home.
Follow
July 01, 2022
•
7 min read 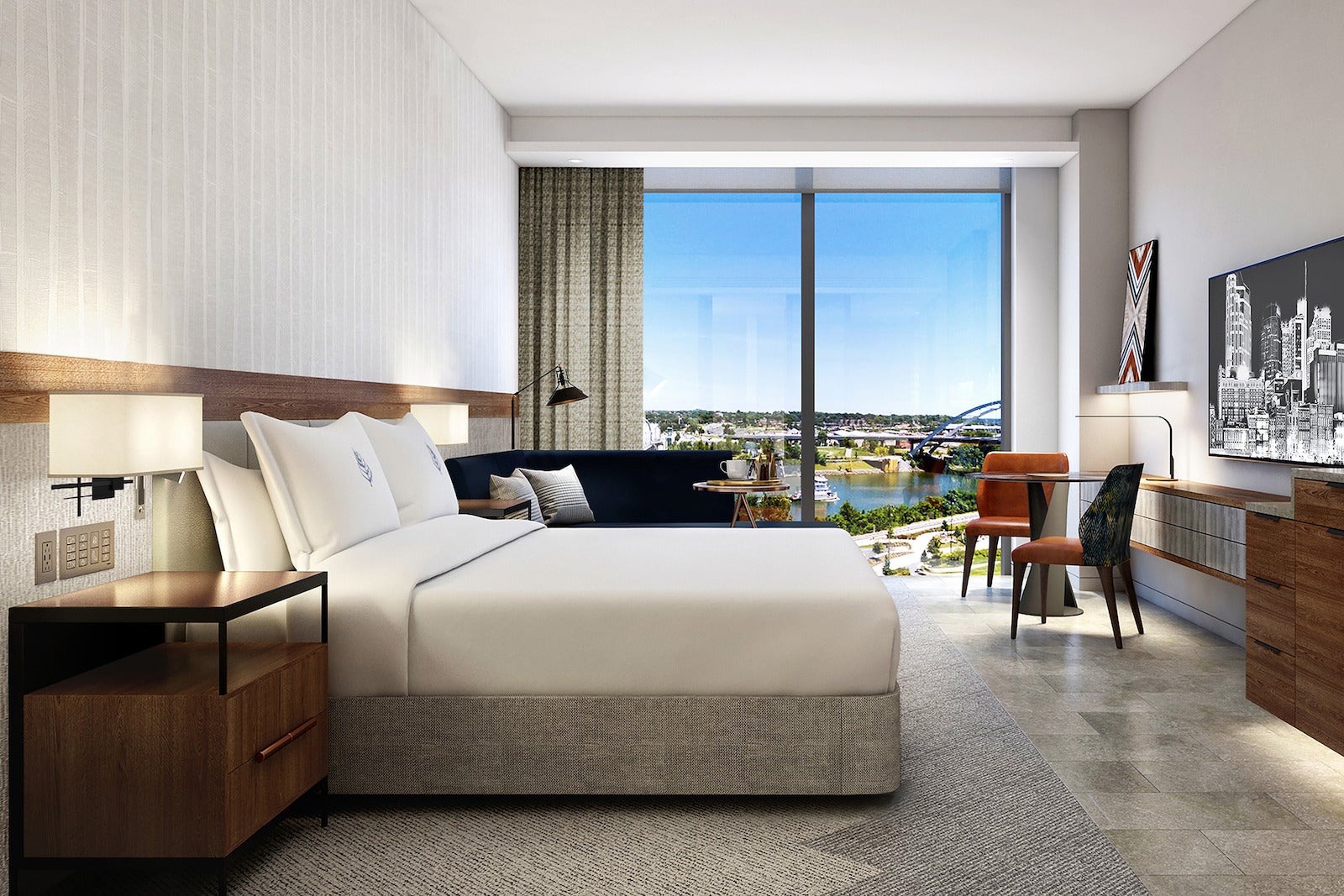 The heat is here, the sun is shining and hotels around the world are buzzing with guests as people travel despite the complications of this sold-out summer.

In June, there was a lot of hotel news to tell you about, like how Aman, which is opening up in Manhattan in August (at least that's what they say!), is also setting up shop in Beverly Hills in 2027. And we shared how the U.S. dropping its entry COVID-19 testing would affect summer travel — and your next hotel stay.

At the start of June, my fellow hotel reporter, Cameron Sperance, and I went to a hospitality conference in New York City and heard firsthand what the CEOs of major hotel chains such as Hilton, Hyatt and Marriot think about daily housekeeping and mini bottles of shampoo.

Let's just say, their opinions haven't changed since the last time we asked them about it.

But between all of those stories, there were plenty of others that we've been excited to share. From new hotel openings to the conversion of one of Washington, D.C.'s most contentious hotels, here's the hotel news you might have missed in June.

If you didn't know, the Park Hyatt Chicago was the very first one in the collection, and it opened more than 40 years ago on Chicago's Magnificent Mile.

Now, four decades later, the hotel is reopening after closing for a $60 million renovation that added 23 new suites plus entirely new categories of suites, an updated lobby, updated dining and drinking venues and a refreshed spa. In June, the Park Hyatt Chicago started accepting reservations for July 1 and beyond.

On the other side of the world in South Africa, Hyatt shared the exciting news that the Park Hyatt brand has found a new home in Johannesburg. Set to open early next year, the Winston Hotel in the Rosebank suburb will be converted into the Park Hyatt Johannesburg following a refurbishment of the 30-room property.

If you can't wait until early 2023 to visit Africa's newest Park Hyatt, you could plan a trip now to the Park Hyatt Zanzibar for a taste of luxury right on the water.

Music City turns up the volume on luxury

Everyone's always talking about their trip to Nashville, and why wouldn't they be after eating incredible barbecue, bar-hopping downtown and maybe even hitting a show at the Ryman Auditorium?

Now, a new set of ultra-luxury hotels has everyone talking about how Nashville is growing up a little.

In June, the Conrad Nashville opened up in a slightly less rowdy part of the city, away from the honkey-tonks and hustle and bustle of Lower Broadway.

This luxe new hotel gives Hilton Honors members an exciting new place to earn and redeem points. It was also the first of the city's new high-profile luxury hotels to open in the city this year.

Back downtown, the Four Seasons Nashville is now taking reservations for stays starting in November, though the hotel is expected to open sooner, maybe as early as September. When it does, the Four Seasons Nashville will likely be the fanciest — and most expensive — hotel in town. It'll introduce Mimo Restaurant and Bar, an Italian restaurant with Southern flair, to Nashville's vibrant culinary scene, along with 193 rooms and 42 suites.

Related: 10 cool Nashville hotels to consider for your next trip to Music City

Nearly 85% of Hilton hotels are pet-friendly

I love to travel, but I hate leaving my 2-year-old corgi behind.

Thankfully, Hilton is once again doubling down on its efforts to help pet owners travel easier. To do that, Hilton and its partner, Mars Petcare, are expanding the partnership they launched last year.

Now at Canopy, Embassy Suites, Hilton Garden Inn, Hampton, Tru Homewood Suites and Home2 Suites, pet owners in the U.S. and Canada can get virtual support from Mars Petcare via an online service that can help answer questions related to travel. The feature is now available at 4,600 hotels.

InterContinental is a classic, storied brand that changed everything we knew about hotels back in its heyday. Now, the brand is roaring back to life with a slew of announcements of new hotels in some pretty exciting places.

In 2025, InterContinental Penang Resort will open its doors on a beautiful beach in Teluk Bahang, Malaysia. The company broke ground in June on the InterContinental Grenada Resort, set to bring 150 rooms and 30 suites to La Sagesse Beach, also set to open in 2025.

As I mentioned before, hotel CEOs have a lot to say about miniature bottles in bathrooms. Back in 2019, IHG made a commitment to remove all miniature bottles as part of its pledge to eliminate single-use items by 2023.

Now, the company has announced that large bottles of Dove shampoo, conditioner, body wash and hand soap will be placed in all bathrooms at IHG's Essentials and Suites collections, including Holiday Inn Express, Avid Hotels, Staybridge Suites and Candlewood Suites.

A pooch got treated to a dream hotel stay

Shillow, in need of some serious tender love and care, was given a head-to-toe makeover by Dapper Dan's Dog Grooming and then treated to a VIP hotel stay at the pet-friendly hotel The Alida.

During the stay, Shillow was treated to berry-infused water, a day of relaxing in a poolside cabana, plenty of toys and treats, a luxury meal at the restaurant Rhett (chicken with celery and carrot puree and a dessert of maple-bacon creme brulee topped with dog treat crumble) and even a "pupjito" made with water, muddled strawberries and a dash of mint.

Shillow is now up for adoption at the Coastal Pet Rescue but, to be honest, we think she should get a full-time job being the official pup greeter at The Alida.

Related: What you need to know about traveling with dogs on a plane, including where they can sit and how much it costs

Featured image by Used with permission
Editorial disclaimer: Opinions expressed here are the author’s alone, not those of any bank, credit card issuer, airline or hotel chain, and have not been reviewed, approved or otherwise endorsed by any of these entities.