Articles
Cameron Sperance is a senior hotels reporter at TPG. He covers anything to do with the hotel industry, from the guest experience to the business itself.
Follow
June 24, 2022
•
6 min read 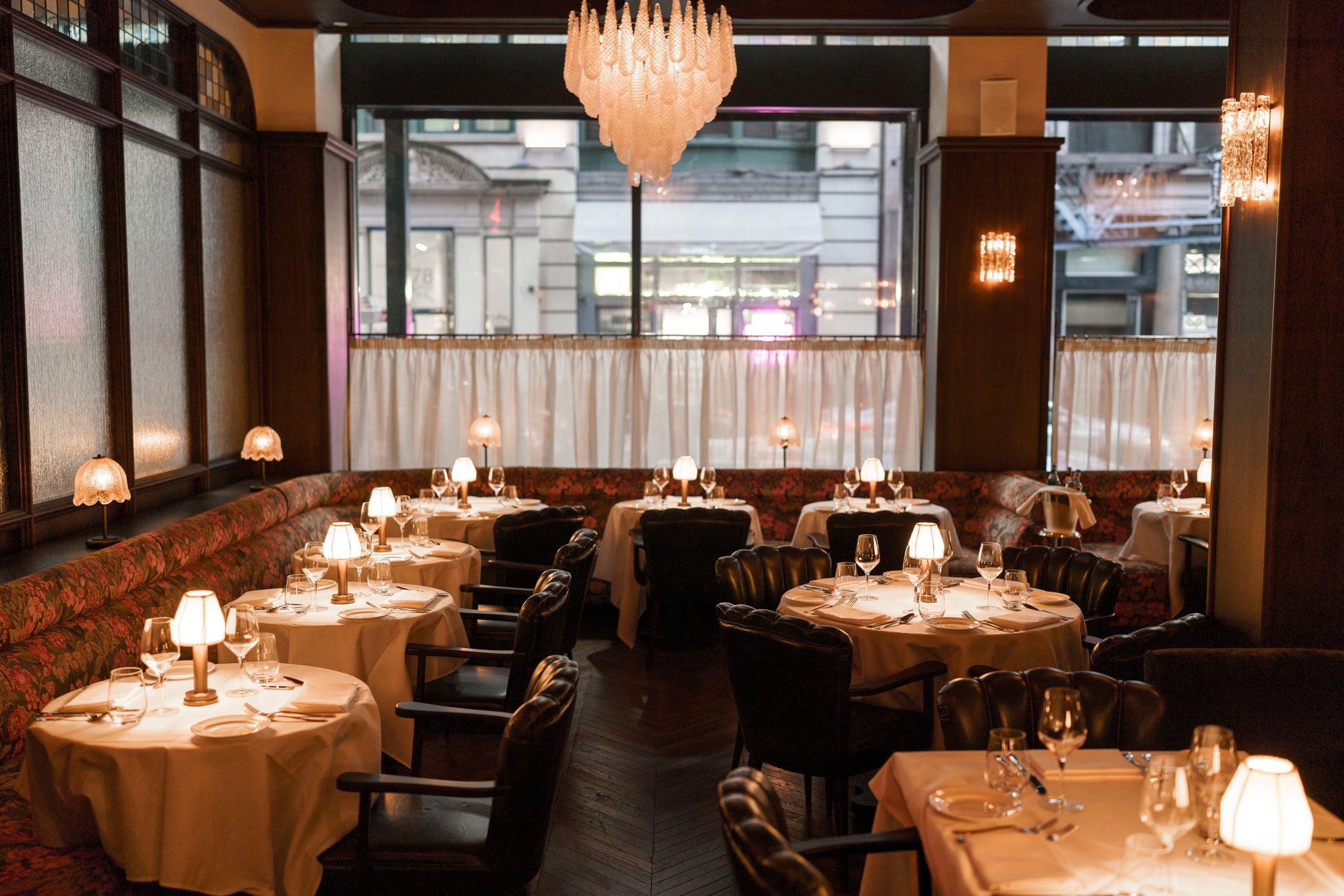 The Ned arrives in New York: An early look at Soho House’s sister brand
This post contains references to products from one or more of our advertisers. We may receive compensation when you click on links to those products. Terms apply to the offers listed on this page. For an explanation of our Advertising Policy, visit this page.

Another day, another trendy spot for the glitterati of Manhattan opens its doors.

The Ned NoMad, backed by Soho House parent company Membership Collective Group and inside what was formerly the NoMad Hotel, was previewed for an invite-only crowd Wednesday night in New York City.

Anyone who watched the documentary "White Hot: The Rise & Fall of Abercrombie & Fitch" earlier this year may have walked away with the notion exclusivity as a business model is not one with legs. However, the crowd this week showed there is still much interest in the latest private members club offshoot from MCG.

As for longevity, look at The Ned’s sister brand Soho House, which has a roughly 80,000-person waitlist for membership after that brand has been in business for 27 years.

“The Ned NoMad is special for us. Our Ned members have always asked about a New York location, and five years after launching The Ned London, The Johnston building felt like the right location with a lot of character,” Nick Jones, Membership Collective Group CEO and founder of The Ned and Soho House, said in a statement to TPG about the brand's latest outpost.

“The Ned will bring together like-minded people across all professions to meet and socialize over great food and drink.”

It's unclear if everyone at the Wednesday fete was the like-minded folks Jones is after. However, those in attendance included celebrities from the worlds of film, fashion and famous for being famous (plus your two favorite TPG hotel reporters).

The waiters never let anyone see the bottom of their cocktail glass or Champagne flute. The appetizers were endless (by our estimate, the pig-in-blanket-to-guest ratio had to be at least 15:1).

If Soho House is the place where the creative class makes deals in a see-and-be-seen environment, The Ned appeared to be where you could go for final negotiations that remain under lock and key.

Rooms are richly decorated with wood paneling and plush couches. There are many intimate seating areas scattered throughout, and several spaces felt as though they were built with the purpose of clandestine gatherings.

The Ned isn't all about quiet corners to slink to, however. The atrium presumably is a bit more open in daylight, and it was transformed into a concert venue for the preview dinner. Music will be a mainstay with performances seven nights a week, Jones said. The Ned’s multiple dining options include the first Manhattan location of a Cecconi’s restaurant. There is also Ned's Club, a private club with a rooftop terrace.

Those looking for an overnight stay can book one of the property's 167 guest rooms — a higher room count than the average Soho House, which often has less than 50 guest rooms.

The Ned’s website, as of noon Friday, shows consistent $500-a-night rates beginning June 27 and running through Aug. 26, when nightly rates increase to $720 through early December. Rooms weren’t readily available to visit during the opening, but an MCG spokesperson told TPG that official editorial photography is currently in the works.

MCG describes the rooms as ranging from “cozy crash pads to suites with studies and studio apartments.”

What nobody Wednesday was parading around amid the extravagant spread of high-end cocktails and hors d'oeuvres is how The Ned plays an important role in Membership Collective Group’s ongoing growth strategy. It still may be a fledgling brand with only two clubs (a third is slated for Doha, Qatar, later this year), but it adds variety to the MCG brand lineup (just as Marriott and Hilton try to cater to different audiences with their various hotel brands).

Soho House typically caters to the creative crowd with lower membership fees than stuffier society clubs. The biggest obstacle boils down to finding a way to move off the waitlist and into official membership. "Sex and the City" fans might recall an episode where Kim Cattrall’s Samantha Jones manages to get into the Soho House New York with a membership card she finds in a bathroom … and inevitably gets kicked out.

MCG defined individual Soho House locations in its latest annual filing with U.S. financial regulators as more of a byproduct of their surrounding areas: “The membership of each House is assembled by a select committee of influential creatives and innovators that represent the local area in which the membership is founded.”

Soho House has never been a profitable enterprise in its nearly three decades of existence. While the company is working to improve this by paying down debt and lowering costs to open a physical location, launching new lines of business help expand the breadth of Membership Collective Group (and its ability to finally notch a profit).

MCG also owns Scorpios, a beach club concept, and other endeavors like a home decor line inspired by Soho House, as well as a mobile app in the works.

“Our top line is incredibly important, and we are a high-growth business,” said Andrew Carnie, president of Membership Collective Group, on an investor call last month. “We’re equally focused on profitable growth and improving our margin and hitting our targets. We’ll achieve this through operational leverage, targeted cost management, smarter procurement policies and better management of fixed costs as we grow.”

The crowds turned out Wednesday night to herald the arrival of The Ned. However, the biggest financial question for Membership Collective Group remains if this growing brand is enough to rocket the company to profitability.

Cutting down on the exorbitant (though enjoyable!) pig-in-blanket-to-human ratio at an opening party may help in the meantime.

Featured image by Courtesy of The Ned NoMad
Editorial disclaimer: Opinions expressed here are the author’s alone, not those of any bank, credit card issuer, airline or hotel chain, and have not been reviewed, approved or otherwise endorsed by any of these entities.