JetBlue's Founder May Start a New US Airline 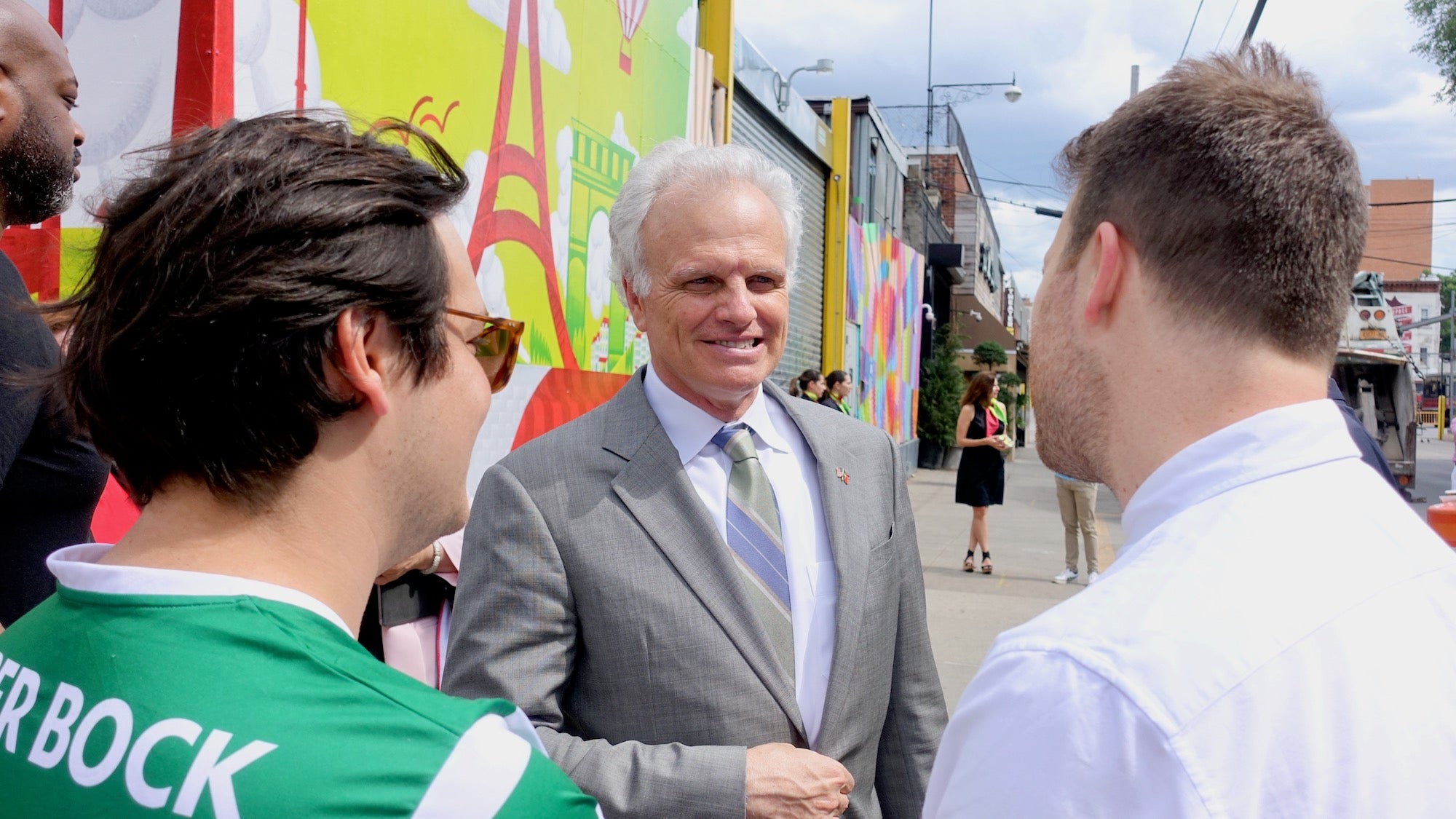 JetBlue's Founder May Start a New US Airline
This post contains references to products from one or more of our advertisers. We may receive compensation when you click on links to those products. Terms apply to the offers listed on this page. For an explanation of our Advertising Policy, visit this page.

David Neeleman, who founded four airlines including JetBlue and is now a major investor in TAP Portugal, is raising money to launch a new airline in the US, according to a report from trade publication Airline Weekly.

According to the report the airline, dubbed Moxy (incidentally like Marriott's hotel brand, Moxy), has an order for 60 Bombardier CS300 aircraft which it would begin taking delivery of in 2020 and is attempting to raise $100 million to begin services that same year.

The C Series aircraft, which is now officially owned by Airbus, was designed to allow airlines to fly more point-to-point traffic where a larger aircraft would be too much metal, and regional jets don’t have the range or comfort — perfect for what Moxy is reportedly trying to do. The planes are also quite roomy, offering some of the most comfortable economy cabins in the skies, at least if airlines don't cram seats in them. And Neeleman's most famous creation, JetBlue, has more legroom on average than its competitors.

This is not the first major report of Neeleman potentially starting a new airline in the US. In July 2017, Neeleman registered the name Azura Airways as a new business entity in Connecticut and even began seeking recruitment, but denied the claim he was launching a new airline.

When TPG interviewed Neeleman this past Friday and inquired about future plans, including a potential new airline in the US, Neeleman said he needs to focus on capitalizing TAP Portugal and Azul Airlines as they go through a transformation. "I'm not a spring chicken anymore," he added. (He is in fact 58 — which is pretty much the average age for an airline CEO in the US.)

However, Neeleman then went on to discuss the opportunity he sees in the US: connecting smaller cities you can't fly non-stop to — much like the reported Moxy. "There’s opportunities here, no doubt, but there’s challenges too. The big guys are pretty competitive now and they’ve got a lot of money, and the pilot situation is critical now thanks to the US Congress," he said, referring to a debate on pilot shortage and how to solve it.

Neeleman wasn’t immediately available for comment when TPG reached out for more details.

Robert W. Mann, an airline industry analyst and former executive at American Airlines, Pan Am and TWA, told TPG, "David's track record shows he is a creative, high-energy individual, trying to found and pull together the personal, global airline alliance that Branson was unable to," a reference to Richard Branson's attempt to create a network of Virgin airline brands around the world.

An order for 60 CS300 aircraft would make Moxy the second-largest C Series customer after Delta, which is acquiring 75 of the smaller CS100 model. We've reached out to Bombardier, but haven't received confirmation of the order from them at time of publication.