Articles
Ethan Klapper is a senior aviation reporter at TPG who focuses on the operational side of the airline industry.
Follow
April 06, 2022
•
7 min read 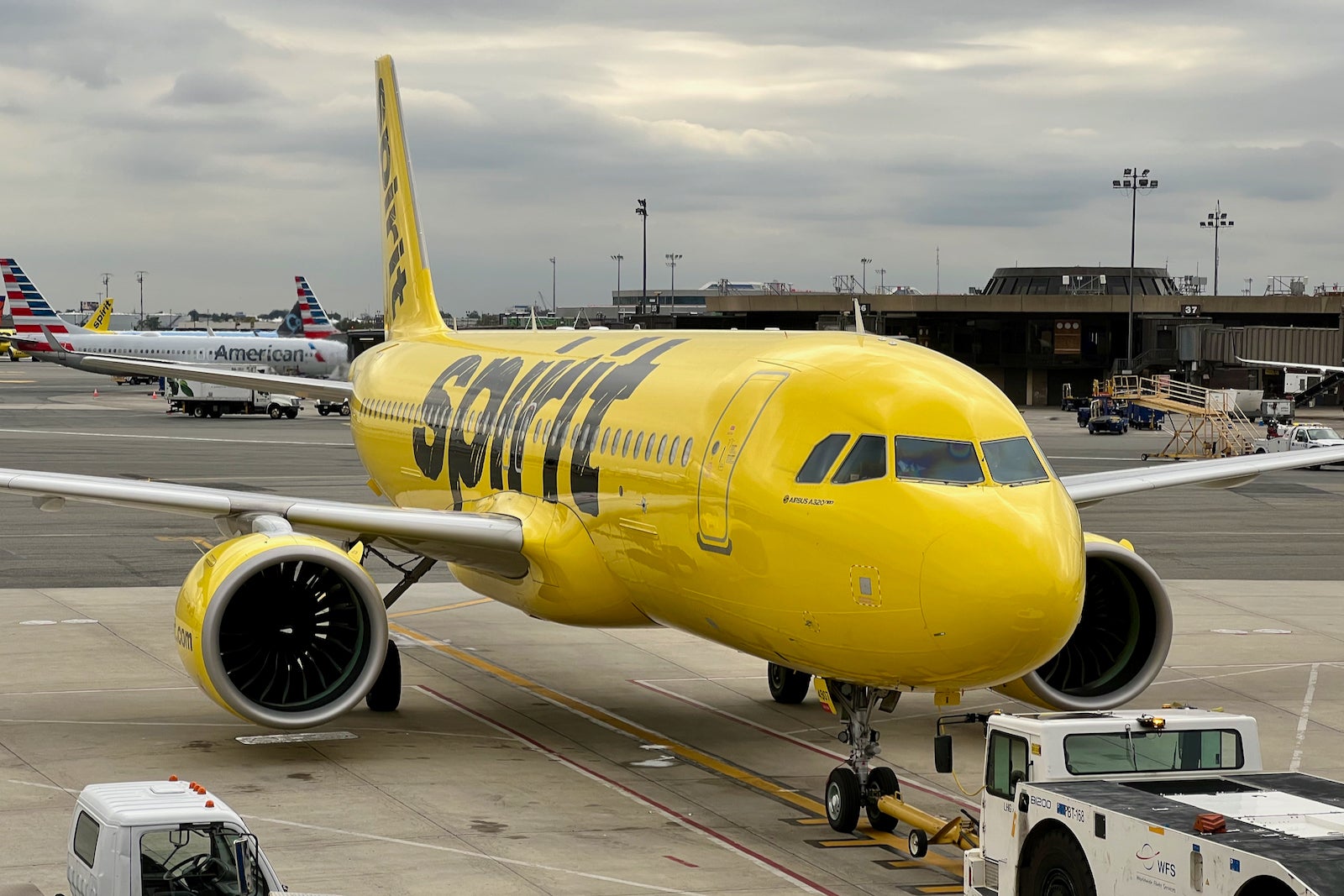 JetBlue's announcement on Tuesday that it was seeking to acquire Spirit Airlines for approximately $3.6 billion surprised the airline world and raised more questions than there were answers. If successful, JetBlue's deal would spoil Spirit's proposed merger with fellow ultra-low-cost Frontier Airlines and would result in a greater overlap of networks plus the absorption of an airline with a very different product and business model.

How regulators might view a JetBlue acquisition is now a question on the mind of industry observers wondering what's next in the saga.

As with any airline merger, expect the Department of Justice to closely examine the proposed deal on antitrust grounds. If it has concerns that the deal would hurt competition, the agency could require divestitures or conditions to get approval. If it has grave concerns about the tie-up, the agency could even file suit to block or restrict the deal. It's something that has happened frequently during the wave of airline consolidations in the past 15 years — and many are skeptical that regulators will view this transaction positively as it currently stands.

What are some tripwires that could invite action from the DOJ? Here are three things to look for that could raise red flags for regulators.

A big presence in Fort Lauderdale

JetBlue and Spirit are the two dominant carriers at this key South Florida airport — by a long shot. JetBlue is the top carrier at the airport for departures, while Spirit offers the most capacity this month, according to aviation data firm Cirium. Combined, they'd be responsible for 50% of the departures at Fort Lauderdale-Hollywood International Airport (FLL) and 51.4% of the capacity, a significant amount of market share at an airport that's known as a lower-fare alternative to neighboring Miami International Airport (MIA), 25 miles to the south via Interstate 95. (A combined Frontier and Spirit would control about 25% of the capacity and 30% of the departures at Orlando International Airport (MCO), the largest airport in that proposed deal.)

When two airlines combine and command significant market share at an airport, fares naturally go up, as competition is reduced and pricing power is gained. Demand won't be a problem either: Florida has been a bright spot for airlines since the early days of the COVID-19 pandemic, and some airports there, including MIA, are now seeing traffic that surpasses 2019 numbers.

But Spirit and JetBlue's combined presence at the airport would be considerable — and something that's likely to draw some scrutiny as regulators analyze the deal. What might the agency require? Fort Lauderdale is not slot-controlled, meaning regulators couldn’t simply demand the airlines give up flights there. Instead, the DOJ could look for other concessions. Those could include things like requiring the carriers to relinquish some gates at FLL or demanding that they relinquish some slots in New York that are currently used for Florida flights, allowing other rivals to add more flights in the market, which is something regulators have required in previous deals.

The prospect of diminished international competition from FLL also could catch the attention of regulators. In addition to competing for leisure traffic around the Northeast and other parts of the country, JetBlue and Spirit operate Central and South America networks out of Fort Lauderdale, with both serving markets as far south as Lima, Peru. Spirit's operation is significantly larger than JetBlue's, overlapping JetBlue on every single one of its routes except its flight to Quito, Ecuador.

Both carriers use this network to serve what's known in the industry as visiting friends and relatives, or VFR, traffic, targeting the sizable Latino communities in South Florida. Separately, they offer a lower-fare alternative to American Airlines' nearby MIA hub, which serves the same markets, with Spirit generally offering lower fares than JetBlue. However, fares would likely drift closer to American's offerings given the amount of capacity a combined JetBlue and Spirit would control out of Fort Lauderdale. It's something regulators will almost certainly examine closely.

JetBlue's strategic Northeast Alliance with American Airlines — its most important partnership — was already causing legal headaches before the bid for Spirit was announced. Last year, the DOJ filed suit to block the partnership, which consists of codesharing, loyalty program reciprocity and other steps to streamline the ground experience in markets like New York and Boston. The effort largely allows American and JetBlue to compete as one in these markets, where rivals Delta and United have a bigger presence. But in its suit, the DOJ alleges that the NEA is anti-competitive and would lead to higher airfares, an argument that, on its face, JetBlue, American and most industry analysts disagree with.

More: Does JetBlue’s bid for Spirit put its American Airlines partnership at risk?

But the calculus could change now that JetBlue hopes to acquire Spirit. While Spirit is not a particularly large player in New York or Boston, absorbing that airline and making JetBlue even larger only bolsters the DOJ's argument. By Wednesday morning, the emerging consensus of analysts was that JetBlue would likely be able to choose one or the other: the NEA or Spirit. JetBlue CEO Robin Hayes said his airline remained firmly committed to maintaining the NEA if JetBlue acquired Spirit, and seemed to warn regulators of the consequences of having to terminate the agreement.

"If the NEA was to be limited or unwound in any way, it would mean less JetBlue flights in the Northeast," Hayes said on a Wednesday call with reporters and Wall Street analysts. "It would mean less choice for customers, and all the things people have enjoyed about the NEA would be set backward."

Hayes also ruled out walling off Florida in the NEA — excluding it from the partnership — noting that JetBlue actually competes against American in South Florida on routes to cities other than New York and Boston. American declined to comment about the future of the NEA.

In July 2021, President Joe Biden signed an executive order aimed at increasing competitiveness in a number of industries, including the airline industry, which has consolidated significantly in recent years. The NEA lawsuit is viewed as part of that strategy (the deal was actually approved in the waning days of the Trump administration) as is the administration's plan to offer 16 slots at Newark Liberty International Airport (EWR) to a low-cost carrier (Spirit is viewed as the favorite).

The administration's competitiveness policy is so pervasive that a team of J.P. Morgan airline industry analysts were genuinely unsure if the DOJ would even approve Spirit's proposed merger with Frontier — a deal that many industry analysts have said is not likely to lead to higher fares.

JetBlue's bid for Spirit would have the effect of eliminating an ultra-low-cost carrier, instead of supersizing one. Based on its public stance so far, it's hard to see how the Biden administration's DOJ Antitrust Division would allow such a transaction to proceed as it currently stands.