IHG One Rewards' status tracker is now live; Here's my plan for IHG status and nights in 2022 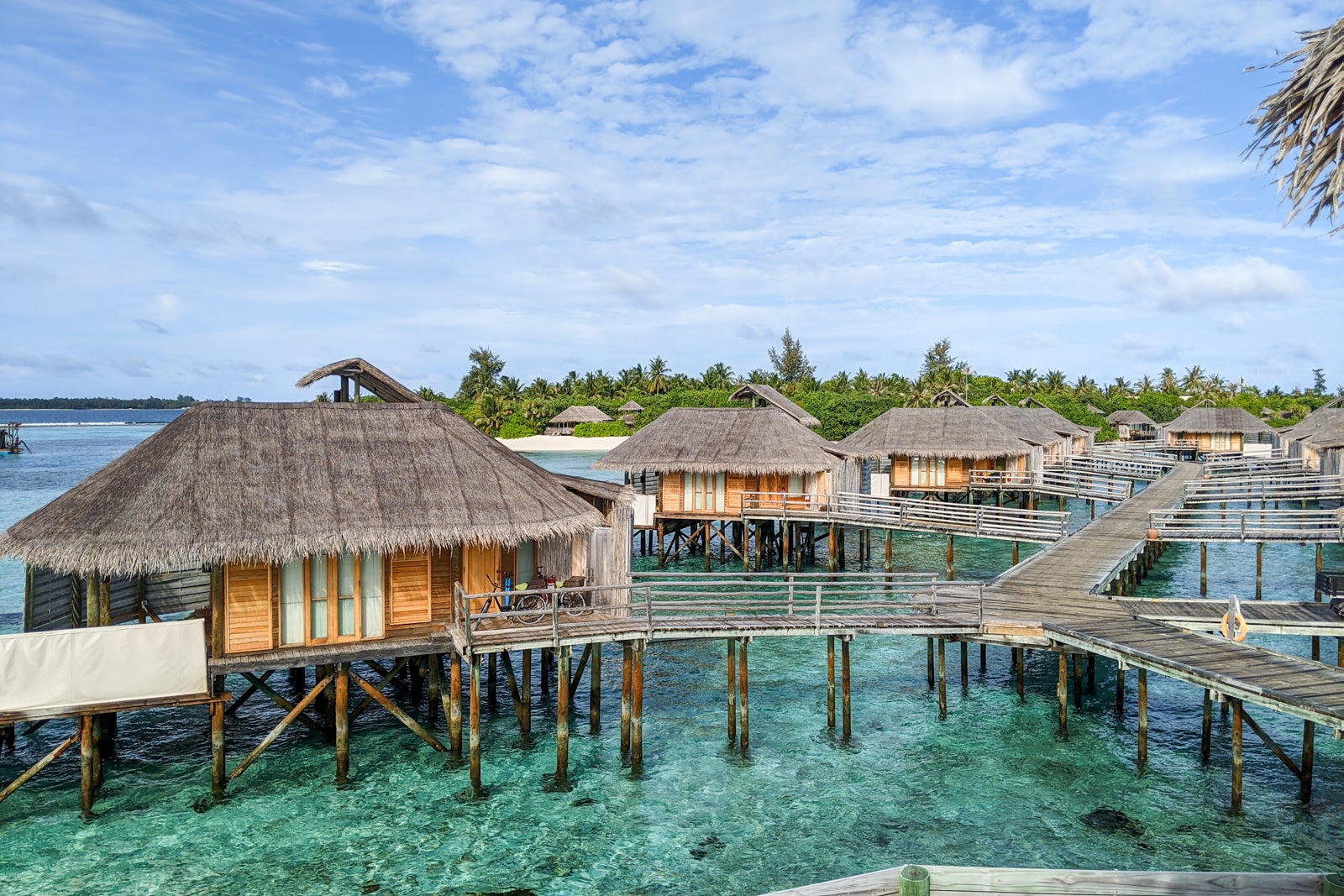 An IHG spokesperson told TPG that IHG would update each member's account on or before April 17. But when I logged in today, I found that my account homepage already had a new look.

And, on my homepage, there's a new status tracker. This tracker includes the new elite requirements and names — specifically, Diamond Elite instead of Spire Elite.

IHG loyalists have known since Jan. 19 that IHG would move the goalposts midyear. And now that we know about IHG's new elite status perks and milestone rewards, we're left to decide how to approach earning IHG One Rewards status this year.

So, do I still plan to qualify for IHG elite status this year? Let's take a closer look.

First things first: like many couples who travel, my husband and I each work toward earning hotel elite status.

But where does this leave IHG One Rewards?

My husband currently has IHG Diamond Elite status, and I have Platinum Elite status as a perk of the IHG Rewards Premier Credit Card. At the start of 2022, I expected we'd focus our IHG nights on his account so he could requalify for Spire Elite status with 55 qualifying nights or 55,000 qualifying points. With so many members in China and other countries that are still limiting international travel, I expected IHG would continue to offer reduced elite qualification requirements in 2022.

When IHG announced that it would increase elite status requirements midyear without providing any concrete plans for improved elite benefits, we decided to focus our efforts on Marriott and Hyatt. We didn't rule out earning IHG elite status in 2022, but we also didn't actively seek out IHG hotels when booking travel.

It would seem like we should focus our stays and efforts on just one of our accounts. The clear choice would be my husband's account since he already has Diamond Elite status. But, I booked most of these stays a while back when prices were lower, and I don't want to cancel and rebook stays to move them all into one account.

For us, the primary differences between Platinum Elite and Diamond Elite will be the number of bonus points earned on stays and the option to choose breakfast as a welcome amenity at full-service hotels. Both benefits start this June.

The new breakfast perk is big for many guests — after all, it can save you serious money when visiting expensive destinations.

That said, I don't eat my first meal of the day until around noon, preferring to eat two meals a day. So, for us, breakfast isn't a critical benefit.

And, especially since we often buy IHG points when they're on sale for 0.5 cents each, the bonus earning rate difference between Platinum Elite (60% bonus) and Diamond Elite (100% bonus) isn't all that significant to us.

But, the new milestone rewards are appealing. Since we'll keep Platinum Elite status as a perk of our IHG Premier Cards, I plan to focus on earning milestone rewards. In particular, I want one of us to accrue 40 nights this year to choose an annual lounge membership good through Dec. 31, 2023.

We don't stay at IHG hotels with club lounges all that frequently. And it's a bummer that IHG is excluding lounges at Regent properties. But, I want to give this perk a try — especially since I think we can get a lot of value from this perk when traveling to destinations that have inexpensive Crowne Plaza and InterContinental hotels with lounges.

Of course, we'll have to book stays at eligible properties using the account with the lounge membership.

Related: Why I’m happy to pay the annual fee on the IHG Rewards Premier Credit Card

IHG has started to update member accounts, including elite status naming and elite requirements. Now that we know what benefits the new program will bring, it's an excellent time to decide what you want out of the IHG One Rewards program and make a plan to achieve your goals this year.

If you frequently travel with someone who also wants elite status (as I do), you'll want to coordinate your efforts. And, if you're considering elite status with multiple hotel programs, consider how putting more nights toward IHG Rewards will affect progress toward other statuses.

You may find it worthwhile to dedicate more nights to IHG, but unless you're also spending more nights in hotels, those nights have to come from spending fewer nights with other programs.

Related stories
Disney World to close for incoming storm: Here's how the theme park handles hurricanes
Cruise lines begin canceling, delaying Florida ship departures as Hurricane Ian bears down
Play deal alert: Fly to various popular European destinations for as low as $99
Storm chasers: Take a rare look inside 2 ‘hurricane hunter’ aircraft
Featured image by KATIE GENTER/THE POINTS GUY
Editorial disclaimer: Opinions expressed here are the author’s alone, not those of any bank, credit card issuer, airline or hotel chain, and have not been reviewed, approved or otherwise endorsed by any of these entities.