Articles
Chris Dong was a reporter at The Points Guy, where he covered the intersection of credit card rewards and travel.
March 25, 2022
•
10 min read 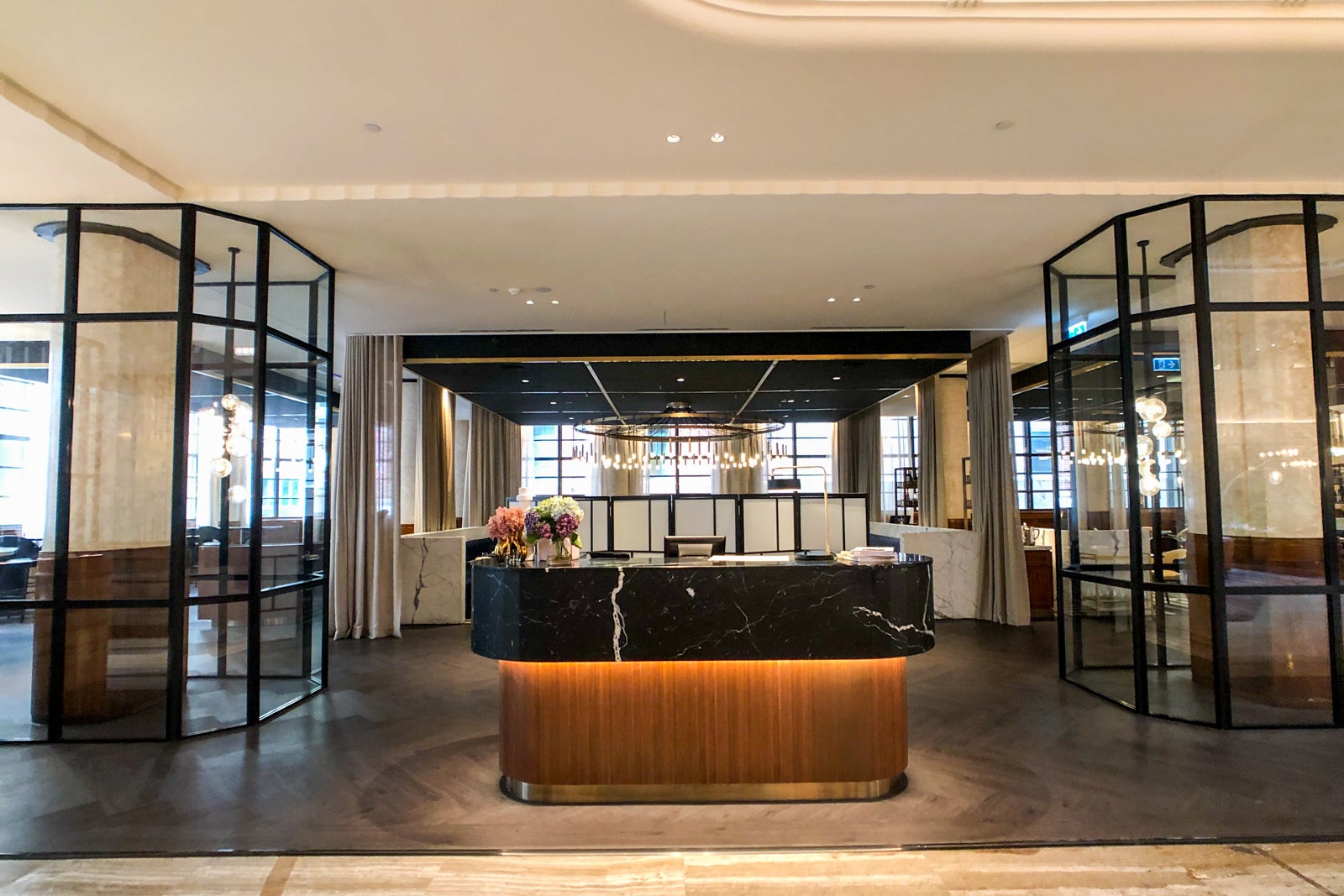 Earlier this year, IHG announced that a host of major updates would be coming to its loyalty program. But beyond revealing new elite status thresholds, IHG was pretty tight-lipped about other forthcoming changes — and some loyalty-related shifts have since been pushed back to April.

But starting today, updates to IHG's credit card portfolio are live, as there are three credit card products now under the IHG Rewards umbrella, including two rebranded personal cards and a brand-new business card.

And to celebrate, all three cards have debuted impressive welcome offers.

Here’s everything you need to know.

In February 2021, IHG changed the name of its loyalty program from IHG Rewards Club to simply IHG Rewards. Now, IHG is updating the name of their credit cards to match, ditching the word, “Club” from both products.

Besides an ever-so-slight naming change, however, both cards will also undergo some substantial improvements — some positive, some less so — starting today, March 24.

These updates include a significant increase in both cards’ earning rates for several purchase categories, including on everyday spending.

In addition, carrying one of these cards should open up new pathways to elite status and more bonuses for overall card spending. Those with the IHG Premier version will also be able to top off their annual free night award using points, which should make this perk just a bit more versatile.

Here are the details on each card and the changes in store.

New applicants of the IHG Rewards Traveler card will earn 120,000 bonus points after spending $2,000 on purchases within the first three months of account opening. Based on TPG's valuations, this welcome offer is worth $600 — which is a solid value for a card with no annual fee.

Here is a closer, side-by-side look at all of the card’s benefits before and these changes went into effect and now:

Note that the IHG Traveler card used to earn 2 points per dollar at grocery stores — though as of today, all purchases now qualify for that earning rate. As a result, existing cardholders will not be impacted by this change.

The major improvements here include higher earning rates and automatic Silver status, though the perks at that level are mainly incremental.

New applicants of the IHG Rewards Premier will earn 175,000 bonus points after spending $3,000 on purchases within the first three months of account opening — worth about $875 toward IHG stays.

Here is a closer, side-by-side look at all of the card’s changes.

The IHG Rewards Club Premier card previously earned 2 points per dollar at grocery stores. However, since all purchases (outside the bonus categories above) now earn 3 points per dollar, cardholders actually come out ahead on their supermarket spending. This card will also continue to reimburse holders up to $100 once every four years for Global Entry or TSA PreCheck.

As for the rest of these changes, almost all of them are very positive. Sure, the annual fee will be $10 extra per year, but that only starts in 2023 for existing cardholders. The new earning rates also represent significant improvements, as is the ability to spend your way to Diamond elite status if that’s of interest. The fact that the IHG Premier card will continue to confer IHG Platinum status is also a decent selling point, since IHG will be improving the benefits at that tier to include earning more bonus points on stays.

However, the most dramatic change will be the ability to top off the card’s annual free night certificate. These certificates are currently very limited, since they have a 40,000-point ceiling. By allowing cardmembers to use their points to top off for awards at even higher-priced hotels like the Six Senses Laamu in the Maldives, however, the card will drastically improve the value of this particular perk. It might just be enough to convince some IHG loyalists who have avoided the card in the past to sign up.

This echoes a similar move by Marriott, which, as it switches over to dynamic pricing, will also begin allowing cardholders who receive an annual free night award to top theirs off with up to 15,000 more bonus points. IHG’s version, while potentially more expensive to cardholders in terms of points, essentially opens up the chain’s entire roster of properties around the world to certificate redemptions (assuming you have enough points for the top off), which is huge and a real differentiator from Marriott.

Also starting today, all legacy cardholders of IHG business products (none of which are available to new applicants) will be migrated to an all-new product: the IHG Rewards Premier Business Card.

This card is also now available to new applicants and will charge a $99 annual fee. (This annual fee will not go into effect until 2023 for legacy IHG business cards.)

The business card’s welcome bonus is identical to that of the personal IHG Rewards Premier card. New applicants will earn 175,000 bonus points after spending $3,000 on purchases within the first three months of account opening, also worth $700 toward IHG stays.

The perks of this card also mirror the personal version:

However, there are some notable differences, too.

IHG Premier Business cardholders will also receive an additional free night award worth up to 40,000 points, but with the ability to top it off using points, after spending $60,000 each calendar year.

Depending on your spending habits, and whether you’re looking for a business card to supplement your IHG earning, this card could be a good choice for some. Although you will likely have to be under Chase’s 5/24 limit to apply for the card, once it’s open, it should not count toward your 5/24 threshold, so that might be another reason to get it if you’re close to the limit.

Related: What is IHG Rewards elite status worth?

Will these changes apply to the legacy IHG Rewards Club Select Card?

No, those with the legacy IHG Rewards Club Select Card will not be impacted by any of the changes outlined above. This means that the annual free night award worth up to 40,000 points cannot be topped off with points from your IHG account on this particular product.

Overall, the evolution of these cards represents fantastic news for existing IHG credit cardholders in addition to new applicants interested in opening an IHG card in 2022.

The ability to top off with points when redeeming a 40,000-point certificate is a huge win overall and hearkens back to the days when some IHG cards offered reward night certificates good at any of the chain’s properties. While not as lucrative as those, the ability to save up to 40,000 points on even expensive stays is a net positive — and that's not even considering the increased earning rates and new perks that are now live on these cards.

Featured image by Eric Rosen/The Points Guy
Editorial disclaimer: Opinions expressed here are the author’s alone, not those of any bank, credit card issuer, airline or hotel chain, and have not been reviewed, approved or otherwise endorsed by any of these entities.