Articles
Andrew Kunesh is a senior editor at The Points Guy covering loyalty programs. He's been a miles and points fanatic since 2014 and previously wrote for Upgraded Points and Credit Karma. Outside of the travel world, Andrew is a cyclist, craft coffee aficionado and — despite now living in NYC — a Chicagoan at heart.
Follow
May 29, 2020
•
16 min read 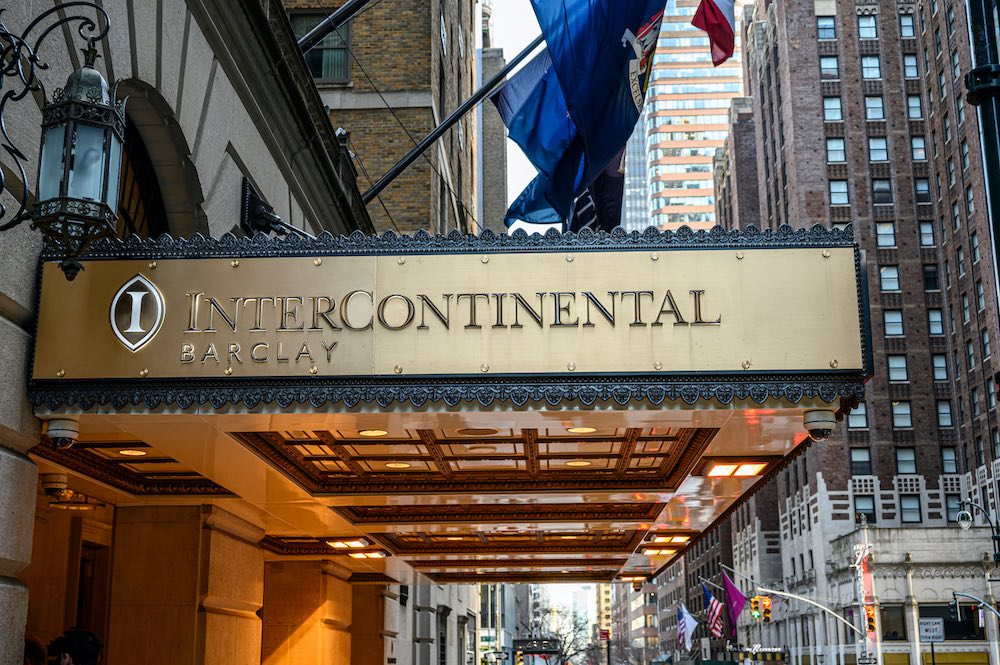 After rolling out dynamic award pricing in Greater China last month, IHG confirmed to TPG that hotels in the Americas are now pricing award nights dynamically. The hotel group also told us that it will roll out the pricing structure to "more hotels coming weeks."

TPG's initial tests have confirmed that dynamic pricing has also rolled out to several cities in Europe as well.

In a statement, IHG said "the amount of points required for members to redeem a Reward Night will now flex up and down, just like cash rates for room bookings." In short, this means that the hotel can now price award nights whenever it likes, and could change pricing based on factors like demand, peak travel times and how much a cash stay costs.

In the short term, though, we've found that most award nights have either stayed the same as before or actually dropped in price in North America and Europe. In this article, we'll give you a look at how IHG's move to dynamic award pricing has immediately affected pricing and discuss how this could further affect pricing in the future.

When IHG rolled out dynamic pricing in China last month, we found that a majority of IHG properties stayed at or below their original pricing. IHG confirmed this in its dynamic pricing statement, noting that pricing "remained flat to 2019 point amounts or were lowered for the next 50 weeks of stay dates."

In addition, the company noted that 65% of hotels in Greater China had lowered points costs and that some hotels dropped in price by as much as 30,000 points per night. To see if this is also the case for hotels elsewhere in the world, we ran a handful of tests in popular properties in North America and Europe to find how pricing has been affected.

Here's a look at what we found:

North America is home to thousands of IHG properties, including flagship properties like the InterContinental New York Times Square. Here's how IHG Rewards Club pricing has changed at some of IHG's most popular properties in North America.

Like North America, Kimpton has a large presence in major European cities. Despite not officially announcing changes in Europe, we've seen some varying pricing in select European cities — let's take a look:

An overview of our findings

Dynamic pricing exists both in North America and Europe, though it's more apparent in major North American cities. For example, in New York City and Chicago, we found that pricing can vary in as large as 20,000 point increments for specific hotels. Award nights were generally higher during peak travel dates, weekends and holidays, but were lower during off-peak times like mid-week stays.

Europe was especially interesting — while Western European cities like London and Paris had very little discrepancies in pricing, we found that many dates didn't have any available award nights at premier properties even when standard rooms were available for sale with cash. On the other hand, Central European cities like Berlin and Budapest both had varying pricing similar to North America — for example, a night at the Crowne Plaza Berlin Potsdamer Platz ranged between 12,500 and 32,500 points per night.

How does this compare to pre-dynamic pricing?

One thing we did notice was substantially lower pricing across the board at some properties. For example, we found that the InterContinental Frankfurt prices at just 20,000 points per night on many dates. The author of this article booked this same property in April 2019 for a whopping 45,000 points, meaning that current rates are less than half of what they once were.

In fact, even on the highest-priced properties we found — for example, the 70,000 point per night InterContinental London Park Lane and Kimpton Seafire Grand Cayman — award pricing was either the same or lower than the pre-dynamic pricing days. So in the short term, it looks like IHG's move to dynamic pricing is good for the consumer.

These lower prices are especially useful when redeeming annual reward night certificates from the IHG Rewards Premier Credit Card. These certificates are capped at properties costing 40,000 points per night or less, so you may be able to use them to book properties that were previously ineligible if you book during low-cost dates.

How will this affect IHG members going forward?

As discussed in the introduction, IHG's move to dynamic award pricing means that the hotel group can change award pricing whenever they'd like without the constraints of an award chart. Since there's no base-line for redemptions, we could see award prices be lower during low-demand times and higher during holidays and other peak travel dates — this is similar to what Hilton Honors has been doing for years as it operates without an award chart.

While we're seeing significantly lower prices now, this could be because global coronavirus outbreak has caused hotel demand to drop worldwide, with U.S. occupancy hitting historic lows. That said, IHG could be using lower prices to encourage redemption now and we may see award pricing will rise above previous levels when demand returns in a post-coronavirus world.

There's no guaranteeing this though. When Hilton moved its loyalty program to dynamic pricing, many properties remained very reasonably priced, though some properties did skyrocket in price in 2019. Additionally, Marriott introduced on- and off-peak pricing in 2019, and we found that most dates continued to price at standard rates.

It's also worth noting that while IHG did have standard award pricing in the past, it didn't have a published official award chart. This makes it harder to gauge how dynamic award pricing will actually affect award pricing; instead, we can only compare award pricing to properties we've booked in the past.

While these sort of changes are usually very scary for those who travel using points, from the tests we've run so far, IHG’s move to dynamic pricing isn't terrible.

Award prices can fluctuate in large points increments, but for the most part, prices are either the same or lower than they were before dynamic pricing was introduced. In the short term, it may be worth speculatively booking future stays at properties that are pricing significantly lower than normal. Most IHG properties let you cancel award stays one day prior to arrival for a full points refund, so you can book now and cancel your stays later if you decide not to take a trip.

Looking further into the future, I believe that this change will be largely beneficial for those who travel during off-peak times. Like Hilton and Marriott, I expect prices on these dates to be the same or lower than standard award pricing. Those who travel on peak dates, however, may find themselves paying more points to book the same properties, especially when travel demand reaches more normal levels. As history has shown us with other programs, the future is never a guarantee with award prices, but at least for now, this change is one that isn't as scary as it sounds.