Articles
Nick Ewen is a director of content at TPG and was one of the site's first contributors in 2012. He’s visited 52 countries (and counting) and has taken his 7-year-old daughter to 24 of them.
Follow
March 27, 2019
•
7 min read 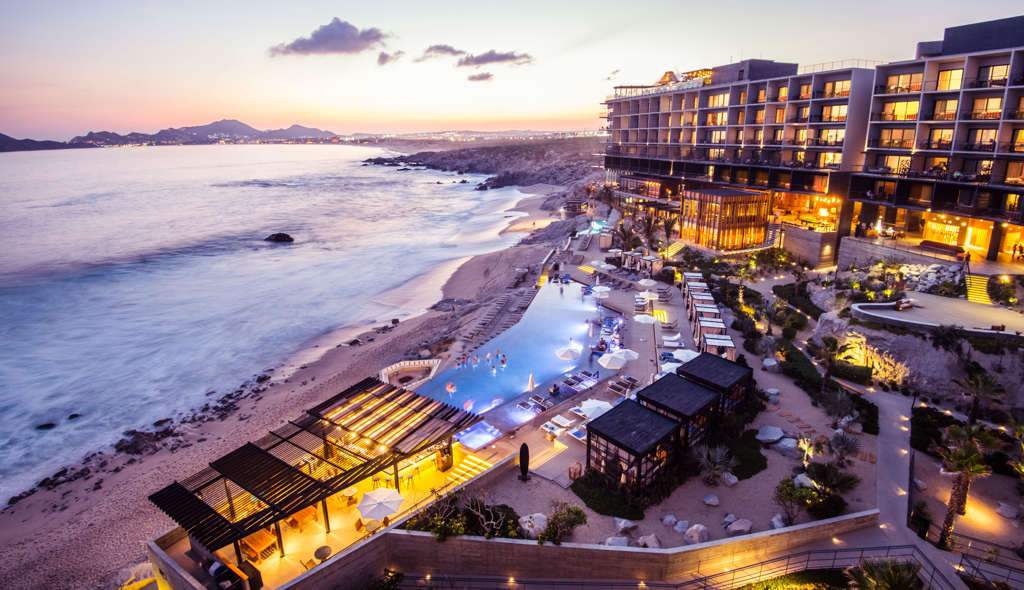 Back in October 2018, Hyatt Hotels & Resorts announced the acquisition of Two Roads Hospitality. Hyatt would be taking over the management contracts for the roughly 85 properties in brands like Joie de Vivre, Thompson Hotels, Destination Hotels and Alila Hotels. At the time, it was expected that these hotels would roll into Hyatt's global portfolio sometime in 2019, and Wednesday, Hyatt has indeed announced the first round of this integration.

Starting March 28, eight participating Thompson Hotels in North America will join the World of Hyatt program, allowing members to earn and redeem points for stays. Here are the new additions to Hyatt's line-up:

It's worth noting that there is a ninth property on the Thompson Hotels website (in Playa del Carmen, Mexico), but a Hyatt spokesperson has indicated that particular resort is not participating in the World of Hyatt program and thus won't be eligible for point accrual and awards.

Even though this doesn't officially start until tomorrow, it appears that the functionality is already live on Hyatt's website. In fact, the booking engine for Thompson Hotels now redirects you to Hyatt's website to finalize your reservation.

Just note that in order to earn points for a stay, you'll need to book through an official Hyatt channel or directly with Thompson (just like when staying at M life properties). You'll also need to add your World of Hyatt number at check-in (or verify that it's there) and pay an eligible rate. As a result, if you belong to World of Hyatt, have an existing reservation at one of these properties with a check-out date of March 28, 2019 or later, and booked directly with Thompson, you should be eligible to earn Hyatt points on your stay.

In addition, these properties will count as "Hyatt purchases" when swiping your World of Hyatt Credit Card, allowing you to earn an additional 4x points per dollar spent on stays. Both paid and award nights at Thompson properties will also count towards Hyatt elite status.

The program has also announced a launch date for the integration of Joie de Vivre Hotels (for stays starting May 15), but we don't have any further details along those lines. Alila Hotels and Destination Hotels, the remaining Two Roads Hospitality brands, are listed as "coming soon" in the press release, though we don't know when that will happen.

To celebrate this initial integration, the World of Hyatt program has launched two new promotions for members that can make stays at Two Roads properties even more lucrative. Here are the details:

If you max out both promotions, you'd earn $136 worth of bonus Hyatt points and a free night in a Category 1-4 property. While you wouldn't necessarily go out of your way to earn these bonuses, it's still a nice added incentive if you're trying to choose between a Two Roads property and a legacy Hyatt one.

The biggest question about new additions to the World of Hyatt program involves where the properties fall in the award chart. Fortunately, all of these new-to-Hyatt properties will be classified as Category 6 or lower. Here's a rundown of all eight, including a rough estimate of the value of these redemptions (based on TripAdvisor's average rates):

*Note that these are estimates, but rates can vary wildly. This is designed to give you an idea of which properties are potentially the most lucrative.
**The Thompson Nashville does have rates over $600 per night this spring and fall, but there are also many dates with rates at $400 or even less.

As you can see, there's some pretty big variation here, and even though the search functionality is now live, we're still seeing some discrepancies in the results. For example, at the time of writing, the Thompson Nashville isn't showing any award availability, even though standard king and double bed rooms are available using cash.

We also checked Gild Hall for a random weekend in May and found that it had Points + Cash availability but not standard award availability, something we've not seen before with Hyatt.

We are relatively confident that these are simply initial bugs in the integration, so hopefully we'll see full award inventory within the next day or two as the eight hotels officially join the World of Hyatt program.

Hyatt is really taking steps to negate the roadblock preventing travelers from devoting their loyalty to the program: its limited global footprint. From the new partnership with Small Luxury Hotels of the World (which now has over 150 integrated properties after November, January and February launches) to this acquisition of Two Roads Hospitality, the program now has over 1,000 hotels listed on its website.

Of course, the addition of eight new properties isn't going to tip the scales alone, and of these eight, just one represents a new geographical area (Zihuatanejo). Nevertheless, there are still over 70 additional Two Roads hotels plus over 300 remaining SLH properties that will hopefully be integrated into the World of Hyatt program by the end of 2019, giving members even more of a reason to stick with Hyatt.