Articles
Cameron Sperance is a senior hotels reporter at TPG. He covers anything to do with the hotel industry, from the guest experience to the business itself.
Follow
May 17, 2022
•
6 min read 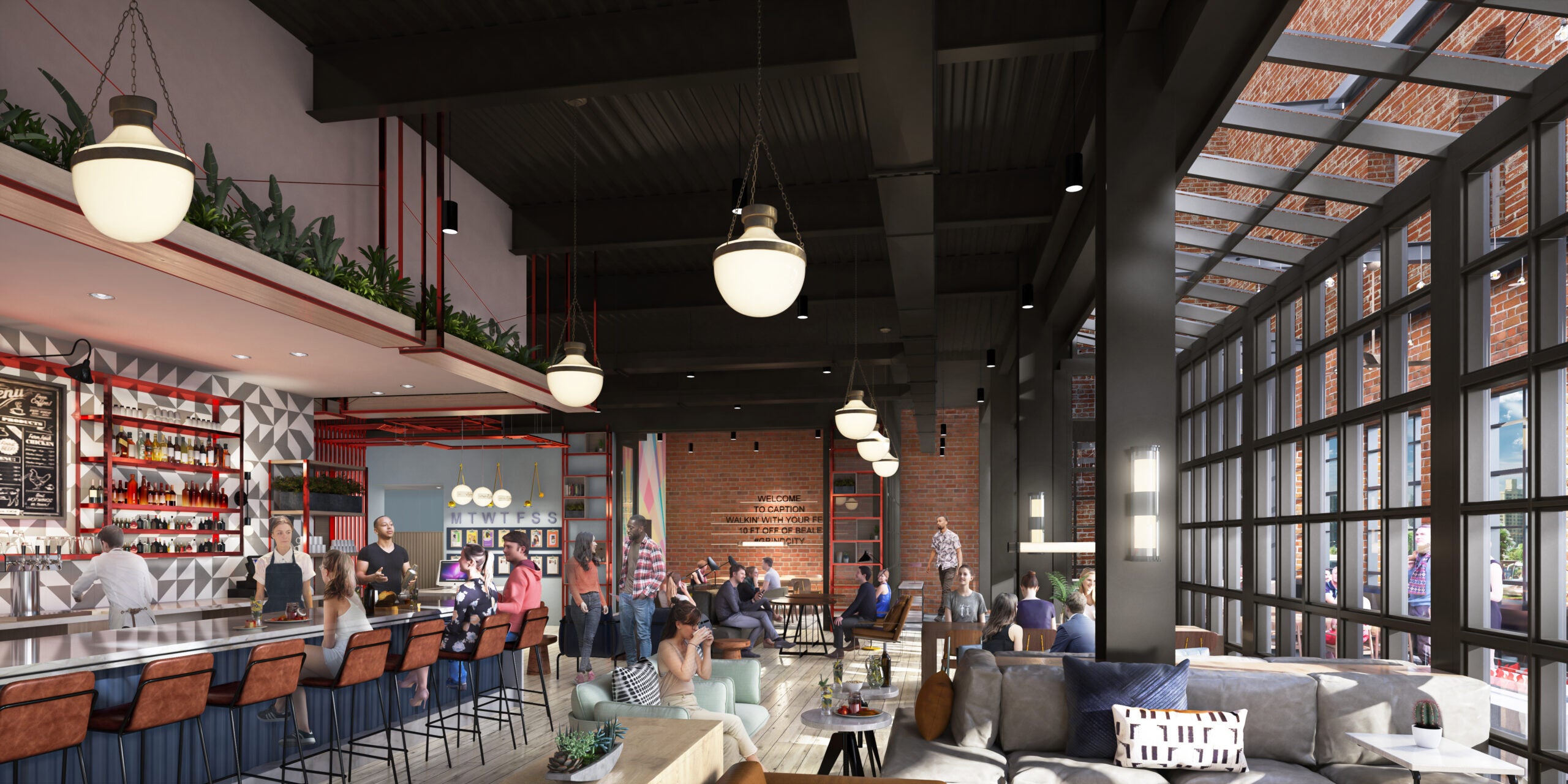 Hyatt’s new lifestyle brand debuts soon in Memphis — and food is the main star
This post contains references to products from one or more of our advertisers. We may receive compensation when you click on links to those products. Terms apply to the offers listed on this page. For an explanation of our Advertising Policy, visit this page.

Hyatt plans to go walking in Memphis with its latest brand. The only question is: Can it make this new concept appeal to customers in the increasingly crowded "lifestyle hotel" segment?

At first glance, Hyatt’s new brand Caption — first announced in 2019 and set to debut in Memphis this summer — might seem like a case of yet another hotel conglomerate pushing a competitor into the arena where Moxy, CitizenM and Yotel already compete.

However, the Chicago-based hotel company insists its new brand that aims to blur components of food-forward lifestyle hotels with that of the select-service model will be a standout. Some of Caption’s tech-heavy components like mobile check-in, smaller rooms — not exactly the best option for larger families — and an emphasis on social areas are similar to what the competition already offers.

Finding a way to successfully make a Caption property connect with the surrounding neighborhood is how Hyatt can make its new brand an option for travelers to consider for a stay, as well as a spot for neighbors to pop in for their next cocktail.

Following the Memphis launch later this year (reservations are open from July 1), Hyatt plans to expand Caption to Shanghai; Osaka, Japan; Tokyo; and Ho Chi Minh City, Vietnam, over the next few years. Hyatt aims to have all five Caption hotels open by the end of 2025.

“With Caption by Hyatt, we wanted to design an offering that effectively delivered the best of both select service and lifestyle,” Crystal Vinisse Thomas, vice president and global brand leader of Hyatt’s luxury and lifestyle brands, said via email. “While many of our competitors cater to the coming-and-going tourist, we felt there was an opportunity to focus on something different, more meaningful and more aligned with evolved behaviors in this new travel landscape that values convenience as much as indulgence.”

Hyatt’s planned focus on community at the public-space level appears centered on two areas. There will be a free-to-book meeting space, as well as a lounge. However, the most attention appears pointed at Talk Shop, a food and beverage outlet distinct to the brand. Talk Shop will be a mix of a coffee shop, bar and market. Food will be regionally inspired with locally sourced ingredients.

Perhaps the Memphis Caption’s biggest asset is its location. Blocks from the heart of the city’s famed Beale Street, as well as the South Main Arts District, the hotel is at the center of some of Bluff City’s biggest cultural zones.

It's also part of a major Hyatt expansion into Memphis. Caption is one of three Hyatt-branded properties slated for the One Beale complex, which already features a Hyatt Centric hotel and has plans for a Grand Hyatt, which is slated to open in 2024.

“We intend for the Caption by Hyatt brand to be a global growth driver domestically and internationally in dense urban markets, emerging neighborhoods and high foot traffic areas,” Thomas said. “We believe the brand is primed for strong growth as it can flex and adapt to suit the needs of different locations and markets and can offer a more sustainable approach to design and operations.”

Hyatt is also focusing on diversity and inclusion with the brand, both in its commitment to better connections with each hotel’s community and with hiring.

A development page for the brand indicates Caption hotels will have between 150 and 250 guest rooms that will include either king- or full-size beds. Talk Shop and a fitness center open at all hours of the day will be common features while meeting space is an optional component, per the Hyatt development website.

Renderings of the social and lounge areas show gathering spaces akin to a WeWork (albeit with a full working bar). Guest rooms appear more elevated in design and in line with a Moxy than the futuristic, cabin-style accommodations seen at a Yotel or a CitizenM — though all these brands tend to err more on the side of self-service using a mobile device or check-in kiosk.

The self-service encouragement extends to things like wall captions guiding guests to areas where they can help themselves to extra towels and other amenities. The brand also emphasizes environmentally friendly practices.

“Sustainability is also always top of mind, including prohibiting zero single-use plastics, providing filtered water stations on every floor, and creatively repurposing non-traditional materials,” Thomas shared. “The brand is grounded in a commitment to caring for people and place, and the connections we can facilitate between them.”

Hyatt wants Caption to be more about community and fostering good relations with a surrounding community, but it’s getting to be more of a question in the hotel orbit as to what brand isn’t doing some type of outreach like this.

If you’ve noticed, what used to be called a boutique hotel now wears the in-fashion “lifestyle hotel” label.

Accor was so into the idea that it spun out many of its brands fitting this bill into a stand-alone entity known as Ennismore. The idea is that each of these brands, including names like The Hoxton and Mondrian, make at least half their revenue from food and beverage outlets and better connect with the surrounding community.

IHG, Marriott and Hilton have all made their own plays in the lifestyle hotel sector. Ian Schrager, who partners with Marriott on the Edition brand, indicated in recent months he’s leaving that partnership to focus on his Public hotel brand — something that, similar to Caption, combines luxury and limited service.

The onus is on Hyatt to show Caption can stand out and thrive against the competition on this busy playing field.

Featured image by Rendering of Lobby of Hyatt Caption Memphis (Courtesy of Hyatt)
Editorial disclaimer: Opinions expressed here are the author’s alone, not those of any bank, credit card issuer, airline or hotel chain, and have not been reviewed, approved or otherwise endorsed by any of these entities.