Articles
Cameron Sperance is a senior hotels reporter at TPG. He covers anything to do with the hotel industry, from the guest experience to the business itself.
Follow
April 07, 2022
•
7 min read 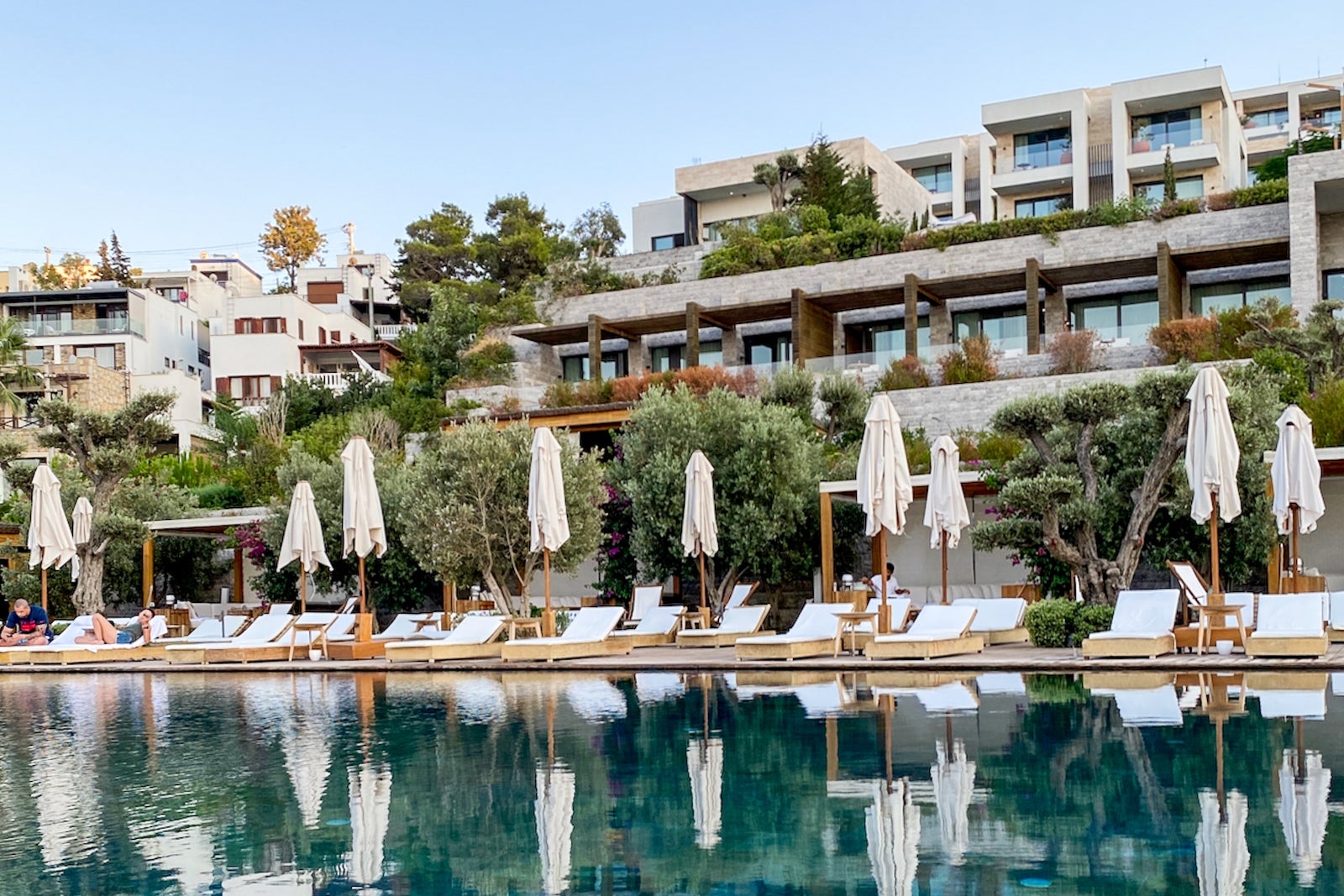 The man behind Edition signals end to Marriott partnership to focus on new hotel brand
This post contains references to products from one or more of our advertisers. We may receive compensation when you click on links to those products. Terms apply to the offers listed on this page. For an explanation of our Advertising Policy, visit this page.

One of Marriott’s buzziest brands might lose its direct link to the man who many view as one of the originators of the boutique hotel.

Ian Schrager plans to step back from his partnership with Marriott International on Edition Hotels, according to two of his recent Instagram posts. Schrager, who is perhaps best known for co-founding the infamous nightclub Studio 54 and later building a foundation for the boutique hotel movement with his Morgans Hotel Group, first partnered with Marriott on Edition in 2008.

Schrager recently relaunched Public, a hotel brand he’s pitched as a luxury offering with elements of limited-service properties that rely more on technology. It now appears that focusing on the latest iteration of Public will take top billing in the Schrager universe.

“All things must pass. The spectacular new Madrid Edition is one of the last remaining Editions I will be doing before I focus 100% on expanding Public…my true passion,” Schrager posted to Instagram this week. “We will announce our plans shortly.”

But this departure may not come as swiftly as Schrager's social media posts suggest.

"Marriott looks forward to working with Schrager to bring future projects to life, including 13 of the hotels in the [Edition] development pipeline," the company said in a statement to TPG.

TPG reached out to a representative for Schrager for further comment but did not hear back in time for publication.

The Madrid Edition, which opened for preview last month, is Marriott’s second Edition in Spain after one opened in Barcelona in 2018. The company currently has 14 Edition-branded hotels worldwide.

Marriott indicated at the 2008 launch that Edition could eventually swell to more than 100 hotels around the world — similar to the current footprint of Ritz-Carlton and JW Marriott.

Schrager has been on the move lately in focusing more on Public. He indicated last year a plan to develop up to 10 of these hotels over five years before pursuing another partnership to significantly expand the brand — indicating he still sees plenty of value in tethering to a company like Marriott.

Schrager also reportedly entered into a deal with hotelier Ed Scheetz for the former Standard property in Los Angeles, but no details on that deal or if it has anything to do with Public were made public.

While announcements for Public in the past hyped the concept for its ability to straddle the line between luxury and limited service, this is not a brand taking too much inspiration from Fairfield Inn or Holiday Inn Express — two chains more synonymous with what it means to be limited service. "Limited service" often means a hotel lacks amenities like a spa or restaurants, which in turn makes the daily rate more affordable for guests.

The Public in New York City, however, has several bars, restaurants and cafes. This being a Schrager concept, the hotel and its events are already making routine appearances in the New York Post’s Page Six gossip column.

Where the limited-service thinking comes into play is likely a greater reliance on technology: mobile check-in and checkout, digital room keys and opt-in housekeeping, as Schrager has previously indicated. Many of these features are now industry standards as a result of the pandemic, but Schrager has also indicated future dining concepts could involve something like a modern spin on the automat restaurant, which would entail limited guest-employee interaction — and cut down on labor costs.

That likely means Public will end up undercutting the more full-service Edition in pricing. Rates at the Public in Manhattan for a Thursday night stay began at $489 for a room with a queen-size bed and topped out at $2,504 for a penthouse, according to the brand’s booking website.

A Thursday night stay at the Edition, just under 2 miles away near Madison Square Park, starts at $828 for a Bonvoy member rate on a room with a queen- or king-size bed but tops out at $2,045 for a two-room family suite. The hotel has additional suites, but those appeared to be sold out on Marriott's website. Bonvoy members also have the option of cashing in points, but the only availability for the sample Thursday stay were guest and superior guest rooms — each available for 50,000 points for the night.

Schrager’s potential departure from Edition comes after years of both him and Marriott leaders touting their respective roles in making Edition such a success. The newer brand appeared to pick up the cool factor that W Hotels seemed to lose over the years. Marriott leaders didn’t hide that they viewed Schrager as a vital ingredient in making Edition's reputation soar from its launch.

Having Schrager attached to the project gave it legitimacy with the boutique hotel crowd that might view Marriott as just another corporate behemoth incapable of breaking away from the mass hotel standardization mold of yesteryear.

“One of the debates we have among our team, hypothetically, is [around how] we just opened this hotel in New York,” the late Arne Sorenson, Marriott’s former CEO, said during a 2015 interview with Charlie Rose. “If we opened exactly the same box without Ian … Would we have gotten the same reception from the market? I think the answer is no. Ian gives us permission to be in this space.”

This line of thinking is also seen with Paris-based Accor and Ennismore, the company behind smaller lifestyle hotel brands like The Hoxton and Gleneagles. Accor spun out its own lifestyle hotels, which the company defines as hotels that typically make more than half their revenue off food and beverage outlets, into a joint venture that closed with Ennismore last year.

The partnership, where Ennismore is now the namesake umbrella for 14 lifestyle brands, includes several Schrager-revived brands like Delano and Mondrian that were acquired by SBE and later acquired by Accor.

One of the driving ideas behind the Ennismore partnership is that these kinds of hotel deals work better when there is a partner in charge of the creativity and authenticity aspect (a la Ennismore or Schrager) and the other handles expanding the brand (where an Accor or Marriott comes in).

Schrager backed this idea as well.

“I think the exciting ideas come out from the innovators and the big companies, you know, are really more about execution. Maybe a marriage of those two is a good thing,” Schrager told this reporter last year before adding, with a laugh, “You have to take a look and see whether or not you think that person is going to be able to make sure there’s not too much meat on a ham sandwich when it gets sent down to the dining room.”

But it doesn't appear Marriott is waving a white flag on cool factor at Edition just because Schrager might be planning to leave the partnership.

"We are thrilled to work with owners developing new [Edition] hotels," the company continued in its statement. "Marriott is committed to the sophisticated design narrative the brand is known for and will continue to be known for — which will deliver a new generation of luxury for guests in destinations around the world."

Featured image by The Bodrum EDITION hotel pool. (Photo by Chris Dong/The Points Guy)
Editorial disclaimer: Opinions expressed here are the author’s alone, not those of any bank, credit card issuer, airline or hotel chain, and have not been reviewed, approved or otherwise endorsed by any of these entities.