How much are the Boeing 737 MAX cancellations impacting travelers? Not much. 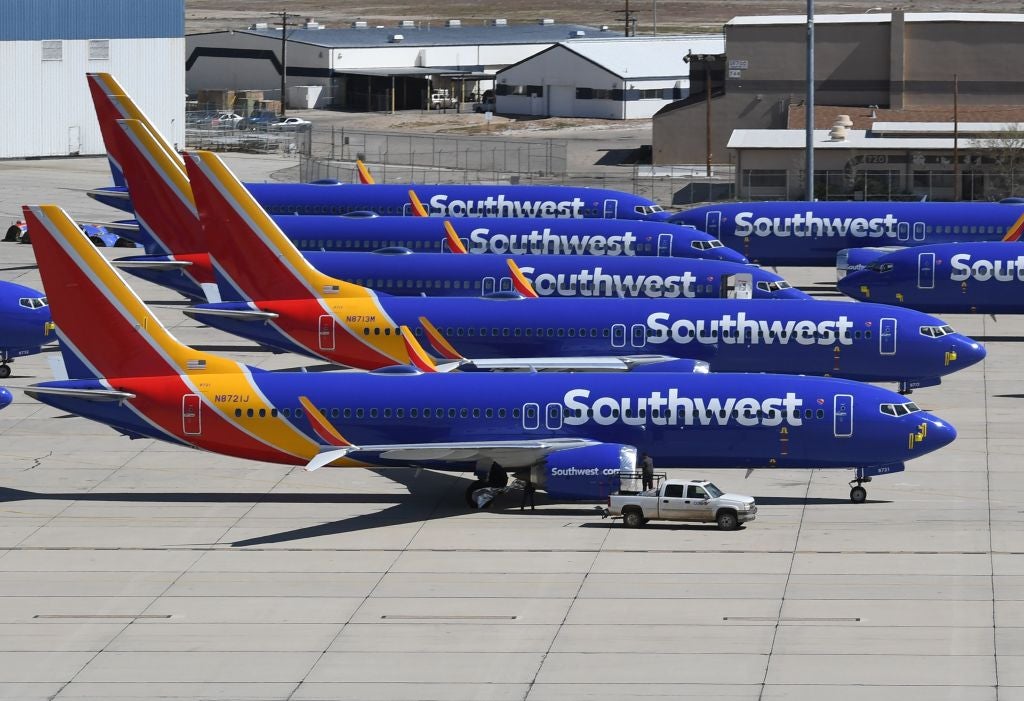 How much are the Boeing 737 MAX cancellations impacting travelers? Not much.
This post contains references to products from one or more of our advertisers. We may receive compensation when you click on links to those products. Terms apply to the offers listed on this page. For an explanation of our Advertising Policy, visit this page.

U.S. airlines have removed the Boeing 737 MAX from their schedules through December at the earliest, detailing daily flight cancellations in the hundreds ahead of the busy Christmas and New Year's holiday travel season.

But how much do these cancellations really impact passengers? Not as much as you might think.

Fares will likely creep up the longer that the MAX stays out of service, so flyers will notice that. But, from an operations standpoint, the impact has been muted.

Yes, some markets have been exited or suspended due to the MAX. American has temporarily dropped service between Dallas/Fort Worth (DFW) and Oakland (OAK), Southwest will exit Newark and has suspended at least 13 routes, and United dropped flights between Chicago O’Hare (ORD) and Leon/Guanajuato (BJX) in Mexico.

However, all of these routes — as well as other frequency reductions — were pulled from schedules more than 90 days before departure, or before the vast majority of people normally even purchase their tickets. Generally, less than one fifth of seats are sold more than three months prior to a flight, according to an estimate from one big airline.

Related: Southwest Airlines is ending all flights from Newark Liberty due to the MAX

“It’s a minimal impact from the passenger standpoint,” Raymond James airline analyst Savanthi Syth told TPG. “It’s the ‘lack of’ that is much more difficult to notice.”

Most passengers probably do not even realize they were affected by a MAX cancellation. As with any routine schedule change, airlines are only notifying passengers —for example — that a flight months away may now be at 2 p.m. instead of noon, usually without further explanation.

The flight cancellation numbers provided by airlines are, to a degree, only theoretical. The numbers are what schedule planners forecast each carrier could have flown with the MAX at this point if the planes were still in the air.

Or, as Cowen analyst Helane Becker put it, the MAX flights were only "tentatively in the schedule" and are being removed before the impact to customers and crews is significant.

This guidance is already baked into schedules through December, if not the end of the year. Passengers are likely to face few unexpected disruptions.

But while passengers are no longer stuck at airports due to the grounding, strong demand and full flights will mean high fares and few available alternatives in the event of a non-MAX related trip disruption.

"I think pricing is going to stay strong through the holidays at least," said Becker.

Stronger pricing is good for airlines — though for passengers, it means they're likely to pay more to fly for as long as the crimp in demand remains.

But despite stronger pricing power, airlines must also contend with the cost of storing parked MAX aircraft, as well as continuing crew training and doing preventative maintenance on their fleets.

The elephant in the room with the MAX is how American, Southwest and United will reintroduce the aircraft once it is re-certified. Analysts and investors have already raised concerns over this, fearing a sudden jump in capacity could push fares down and take a bite out of profit margins.

"Our main priority will be to bring the MAX back into service in a very controlled and organized way, and ramp up in a way that we think is prudent," said Tammy Romo, chief financial officer of Southwest, at a Cowen investor conference on Wednesday.

Romo was responding to questions on the concerns of a capacity bump when the Boeing narrow-bodies return to the skies. Southwest executives have previously said that they anticipate it taking roughly two months to get its 737 MAX 8s flying again once the U.S. Federal Aviation Administration re-certifies the jet.

American will also take a measured approach to returning the MAX to service. Robert Isom, president of the Fort Worth, Texas-based carrier, said at the same conference that the airline will be "metering" its 24 737 MAX 8s back into service once the FAA gives the go-ahead.

Isom said the airline has yet to begin planning for the introduction of its scheduled MAX deliveries. When the grounding occurred, American was scheduled to take another six 737 MAX 8s by year-end and 10 more in 2020.

Analysts are still unsure about the return-to-service plans. Unknown variables include what carriers will do with the aircraft they have held onto to offset the loss of the MAX. For example, Southwest has postponed the retirement of seven 737-700s, and American has paused its "Project Oasis" cabin retrofit program to its 737-800s.

Related: Snapshot: A Look at United Airlines by the Numbers

Related stories
Should you buy Marriott points with a 50% bonus?
5 secrets to getting a luxury cruise for less
Deal alert: Widespread Air Tahiti business class award space to French Polynesia
This no-annual-fee card earns 2% cash back on every purchase — and automatically applies your rewards
Featured image by AFP/Getty Images