How I Got Delta Miles Credited for a Canceled Partner Flight

Articles
Alberto Riva Alberto runs our flight reviews and oversees special projects across several verticals. Previously, he was the managing editor of Vice News and worked at Bloomberg and CNN, where he was constantly trying to convince people to do more stories about airplanes. He speaks Italian, French and Spanish and one day he’ll be better at German.
Follow
May 07, 2019
•
8 min read 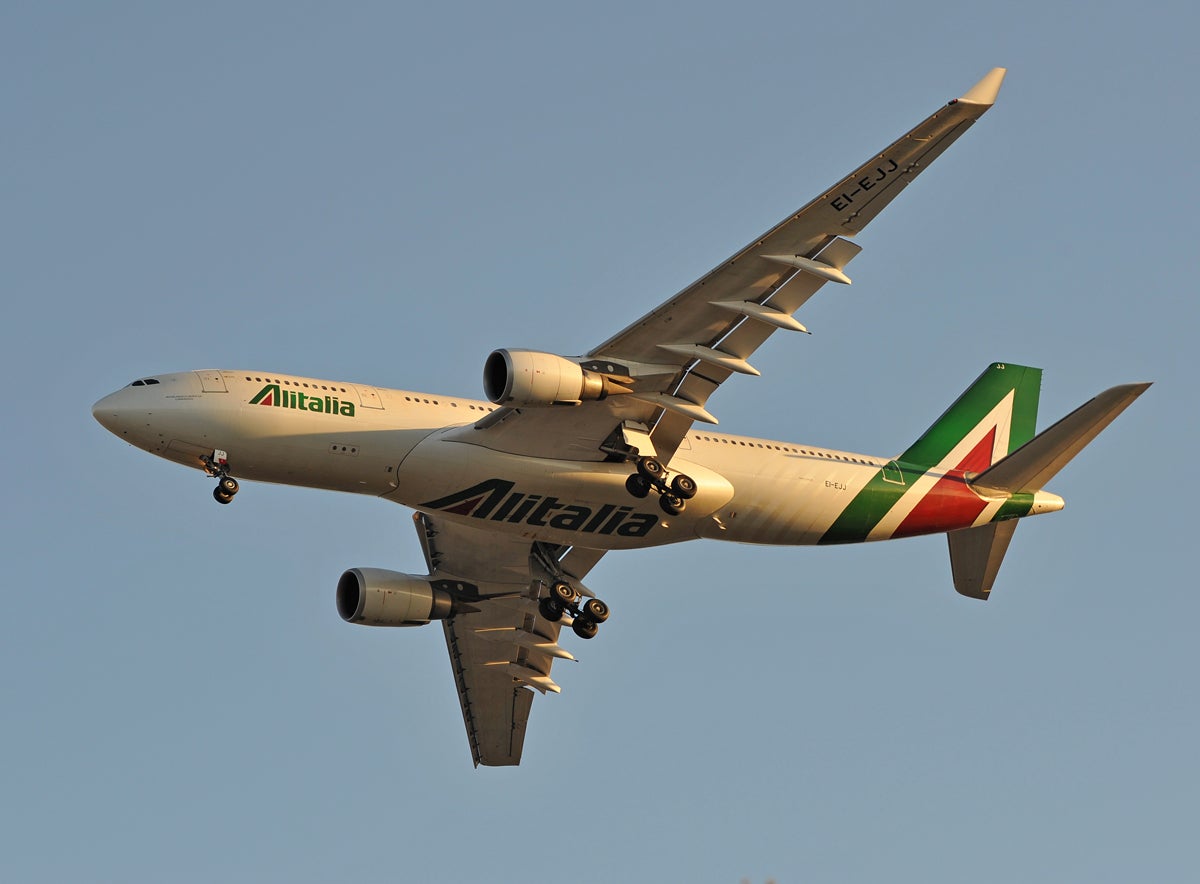 How I Got Delta Miles Credited for a Canceled Partner Flight
This post contains references to products from one or more of our advertisers. We may receive compensation when you click on links to those products. Terms apply to the offers listed on this page. For an explanation of our Advertising Policy, visit this page.

It was going to be a flight like many others. Maybe a little better, even: I was scheduled to fly across the Atlantic from Milan to New York in Alitalia's premium economy via Rome. I was going to credit the flights to my SkyMiles account, earning a sizable chunk of miles and qualifying spend so I could maintain Platinum Medallion status on Delta Air Lines for the next year.

But that's not how it worked out.

My flight from Milan Malpensa Airport (MXP) to Rome (FCO) got canceled, and Alitalia rebooked me on the only remaining option left to reach New York that day: the Emirates Airbus A380 nonstop from MXP to New York-JFK. I got home to New York just fine, more or less at the same time as originally scheduled, and even put a notable AvGeek moment in my record: first crossing of the Atlantic on the world's biggest passenger plane.

All well and good, but there was a problem. Emirates is not a member of the SkyTeam alliance, nor does it have any mileage-earning agreement with Delta or any of its allied carriers. So I was in a bind: I had bought a ticket on Alitalia in order to earn miles on Delta, but ended up flying neither airline and wound up instead on one that had nothing to do with either. Obviously, my miles wouldn't show up in my Delta account. I was looking at missing out on a serious chunk of mileage.

So I set out to try and get my miles anyway. It took a while, but it worked. And in the process, I put in practice a few core tenets of points-and-miles collecting:

Step by step, here's how I did it.

How many times have you had your flight canceled because the incoming plane was struck by lightning? That's exactly what happened on a spring Sunday, when our Alitalia jet flew through a storm cloud and came out, according to a well-dressed Alitalia staffer at MXP, with two neat entry and exit holes. Nobody was hurt, but the Embraer 175 had to be grounded — and after an hour of conflicting messages, the airline canceled the flight. We'd never make it to Rome in time to catch the connection to JFK.

Gate staff instructed passengers to go to the Alitalia ticket counter to be rebooked, and after a long, long wait, I was told that there was only one way to get to NY that day: Flight EK205 on Emirates, but in regular coach. Emirates doesn't do premium economy yet. ("Oh, but biz class will do just fine," I told the ticket agent, smiling. She was not swayed.)

I was handed a new boarding pass with a seat assigned in an ominously high row number, and ran. EK205 was to close boarding in just minutes. (See that 055 number? 055 means my ticket was issued by Alitalia. This would prove to be a key detail.)

80K, it turned out, was an exit-row seat. Score! This wasn't the poor man's business class that TPG's Julian Kheel had experienced on an empty flight over the same route — but it was all right.

The real fun, though, began on the ground. A couple days after arriving in New York, I called Delta. It would not be the last time.

Hang Up, but Don't Give Up

The customer-service rep on the Platinum Medallion line was a model of politeness but couldn't help me. When I explained what had happened, she told me to take it up with Alitalia: "If you tell Alitalia you had a premium economy ticket and that you flew Emirates economy, but only due to a cancellation, this is an extenuating circumstance. They can still credit you with miles."

But I wanted Delta miles, not Alitalia miles, I said. No matter, she said: It would still have to be Alitalia's job to clear this up.

So I called Alitalia — the Italian-language customer service, not the US number, figuring I'd have a better shot with the natives and their likely better knowledge of the airline's system. No go.

My third call, therefore, was to Delta again, only to be told the same thing the first agent had said. Fourth call: Alitalia again.

"We can't do anything," said the rep. "Delta was wrong to tell you what they did."

More curious than annoyed, I called Delta for the third time, and got a rep with a wonderfully warm but very firm tone who dashed all my hopes.

Well, you know what? I work for The Points Guy. Of course I know that you can collect JetBlue's TrueBlue points on Emirates flights. Why not try and credit this to my JetBlue account instead? Before you know it, we'll be on our way to California in lie-flat seats!

So my sixth call was to Emirates, where they told me — unsurprisingly; dumb move on my part — that if I wanted JetBlue points I should call JetBlue. I did, and on the seventh call of the series the agent told me that this would maybe work, but that to request partner mileage credit one has to wait until two weeks after the flight. I would have to call again on April 28.

When I called on April 30 the JetBlue rep I spoke with took some time to explore the issue.

"We can’t even process this because it’s an Alitalia ticket, let me ask around," she said. After a brief hold, she came back: "You have to talk to Alitalia. Which isn’t even in the list of partners in our system!"

So no TrueBlue points for me. Fine. Made sense, though. I had paid Alitalia, which in turn had paid Emirates to transport me. JetBlue hadn't even remotely had a hand in this whole business, and there was truly nothing they could do.

The ninth call, to Alitalia, was the breakthrough. On a hunch, I asked the agent what he could see when he pulled up my ticket (I had saved the email confirmation with the ticket's details, of course.)

"I see the exact same thing that Delta can see. The cancellation, the Emirates flight, everything. They can tell if they want."

The man had a point: Delta and Alitalia are alliance partners.

That's what I told the 10th, and final, agent I spoke to, at Delta. She told me she could not proceed without copies of the ticket and boarding pass, and that I should submit them using the online mileage claim form. Now that was a process I knew! Might this actually work?

A few days later, on May 4, things really started moving, with an email I loved reading.

The 10th time's the charm, apparently. And it took a lot less than the 10 days the Delta email had said it might take. The miles appeared in my account the very next day, calculated at the premium economy rate, with a 50% Medallion Qualifying Miles bonus and a nice helping of Medallion Qualifying Dollars, at 20% of the distance flown. A mileage credit by the book, according to the Delta earnings table for flights on partner airlines. And more than 10,000 redeemable miles? Yes, please! At our current valuations, that's a cool $120.

So, Delta redeemed itself after its earlier reluctance to even look at my case, and I took home a valuable points-and-miles lesson: The apparent complexity of partner-mileage earning can be solved if you do it right, and if you try again until you get someone on the other end who's willing to work with you.

For more details on how to credit flights you've flown after the fact for Delta and other carriers, check out our guide to How to Retroactively Credit Flights to Your Frequent Flyer Account.