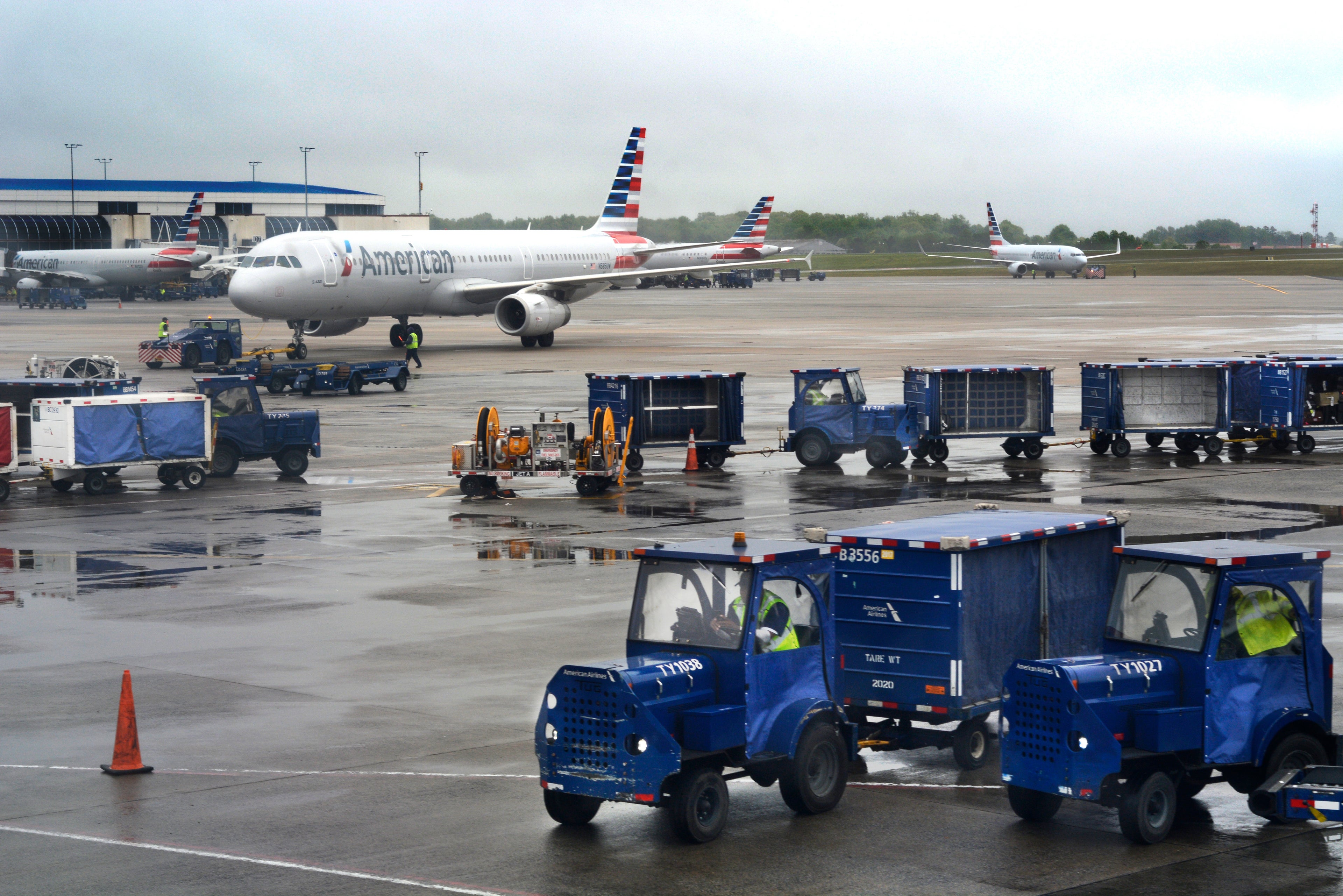 How American Airlines will grow its Charlotte hub to more than 700 flights
This post contains references to products from one or more of our advertisers. We may receive compensation when you click on links to those products. Terms apply to the offers listed on this page. For an explanation of our Advertising Policy, visit this page.

American Airlines is in the mid-innings of a growth strategy centered on what executives say are its most profitable hubs.

Charlotte Douglas International Airport (CLT) is the middle child, so to speak, of a three-year expansion plan. American added four gates on Concourse A — A2, A4, A6 and A8 — to its portfolio there on Nov. 11, and will add new flights to dozens of markets from Charlotte on Dec. 18.

“We’re lovingly referring to it as ‘Charlotte 700 plus',” Dec Lee, American’s vice-president for Charlotte, told TPG. The 700 refers to the number of peak-day flights the airline will operate from the airport with the December additions.

The "Charlotte 700 plus" moniker is an updated take on the "DFW 900" tagline that American adopted as it added more than 100 daily flights this summer at its home base of Dallas/Fort Worth International Airport (DFW). That growth pushed American's schedule to about 900 daily flights there.

Dallas/Fort Worth was the first phase of the carrier’s hub growth plan. Charlotte is the second and then Ronald Reagan Washington National Airport (DCA) will be third in 2021.

“The best hubs we have are Dallas/Fort Worth, Charlotte and Washington National in terms of profitability,” American CEO Doug Parker told investors earlier in November when explaining the strategy. “When we add routes in and out of those markets, they come in at above-average profitability.”

That is the crux of American’s domestic expansion since 2018 — grow where it is the most profitable, often at the expense of other less profitable hubs. International growth continues to focus on the airline’s gateways to each region, with Los Angeles (LAX) landing a new flight to New Zealand, Miami (MIA) additional frequencies to some of South America’s largest markets, and Philadelphia (PHL) its first-ever nonstop to Africa.

Wall Street has widely acknowledged the success of the Dallas/Fort Worth growth. Raymond James analyst Savanthi Syth noted in an October report that unit revenues at DFW increased 3.5% — or about 1.5 points faster than the system increase — on 8% capacity growth in the third quarter.

Related: American plans to come back strong after MAX grounding with aggressive growth

Systemwide, American plans to increase capacity by roughly 5% year-over-year in 2020. A large chunk of that — 1.5 percentage points — is related to the return of the 737 MAX, which the airline expects to begin flying in March. However, the remaining 3.5% growth is still higher than its annual target of matching U.S. economic growth, which has hovered around 2% in recent years.

The Charlotte 700 expansion will differ from DFW this past summer. The new gates allow American to add mainline flights — those operated by American with Airbus A321 or Boeing 737 aircraft — compared to the regional gates that enabled the more flights on small jets at the Texas airport.

The dozens of markets where American will add new flights to Charlotte cover the U.S. They range from Los Angeles (LAX) and San Diego (SAN) in the west, to Fort Myers (RSW) and Miami (MIA) in the south, and Newark (EWR) and Toronto (YYZ) to the north, according to the airline and confirmed by Cirium schedules.

For example, Cirium schedule data shows American adding two additional flights on the Charlotte-Newark route and one on the Charlotte-Miami route in mid-December. All three new flights are flown with mainline jets, specifically Airbus A319s and A321s.

“We can bring more flights into Charlotte, where we are constrained in a lot of [ways] — in gates [and] taxiways,” American’s head of network planning Vasu Raja told Forbes on the planned growth. “This is a start for us to continue to grow Charlotte departures over time.”

American’s Charlotte expansion is about more than adding flights with the four new gates. The airline also plans to increase the gauge of aircraft — or, in layman's terms, move to aircraft with higher seating capacities. More flights will be operated with 737s that seat up to 172 passengers instead of A320s that hold 150 passengers.

The shift from Airbus jets is a holdover from when Charlotte was a US Airways hub prior to the American-US Airways merger in 2013. US Airways predominantly flew Airbus narrow-bodies, whereas American flew a mixed narrow-body fleet including A319s, 737s and the now-retired McDonnell Douglas MD-80s.

American plans to increase the gauge of aircraft operating flights to and from Charlotte over the course of 2020, Raja said to Forbes.

American’s growth in Charlotte does not come without challenges. Both Lee and Raja acknowledged taxiway constraints that hamper ground operations, as well as some terminal spaces that are undersized for the number of travelers they handle.

“Congestion has always been a story in Charlotte,” said Lee, adding that the airline is working to mitigate it both on the ramp and in the terminal.

A notorious chokepoint for aircraft is the single-direction taxiway to and from gates on Concourse E that serve American's American Eagle regional affiliates. While Lee said there are no immediate plans to expand this to a bi-directional taxiway, the carrier has adjusted its schedules so that the majority of movements are either to or from the E gates at certain times of the day.

In addition, both Concourses B and C — long the center of mainline operations at the hub — are undergoing renovations to improve the experience, including adding seating to often full gate areas.

The new gates on Concourse A, while in the older section of the concourse and not the pier that opened in 2018, have been renovated with larger gate areas and more seating, said Lee.

A post shared by Airport Architecture (@airportarchitecture) on Nov 5, 2018 at 6:53am PST

Charlotte is in the midst of a number of other projects to accommodate additional passengers the airport forecasts. The airport opened a new dining and shopping space called The Plaza on Nov. 15, and the city approved a $500 million plan to rebuild and expand the airport terminal in October.

The congestion has not stopped American. Charlotte, even before the added flights, is the third largest individual airline hub by number of flights in the U.S. That's something the carrier plans to leverage as it continues to grow and find new opportunities as the world's largest airline.