Emirates refuses Heathrow's demand to cut flights — how are other airlines reacting? 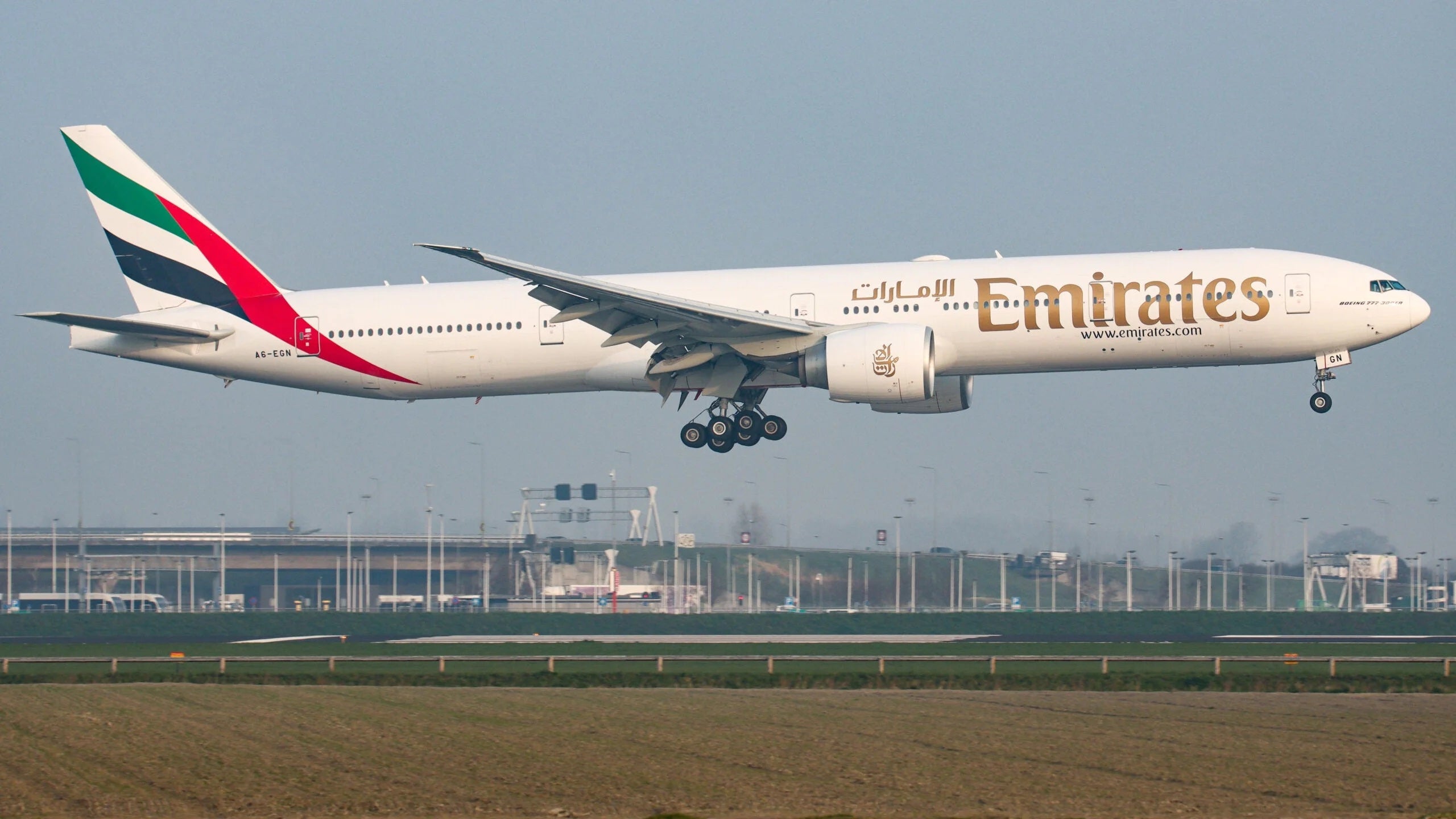 This week's decision from Heathrow Airport (LHR) to cap the number of passengers allowed to pass through its gates this summer has sent shockwaves through the aviation industry.

Today, Emirates Airlines issued a defiant statement to assure customers it will not amend its schedule or cancel flights to comply with Heathrow’s request to reduce passengers.

“LHR chose not to act, not to plan, not invest,” a statement from the airline says. “Now faced with an 'airmageddon' situation due to their incompetence and non-action, they are pushing entire burden – of costs and the scramble to sort the mess – to airlines and travelers.”

“Until further notice, Emirates plans to operate as scheduled to and from LHR," according to the statement.

How can the airline refuse the request? Like most complex legal processes, the devil is in the detail.

Related: Traveling to Europe this summer? Here’s what to expect

What is the Heathrow passenger cap?

Heathrow executives made the decision to cap passengers at 100,000 per day until Sept. 11 to avoid being overburdened by the summer holiday stampede.

That is 4,000 fewer daily passengers than Heathrow expects; this means the move could, in theory, affect the travel plans of up to a quarter of a million holidaymakers if excess bookings are canceled.

Airlines have already sold an average of 1,500 tickets per day more than the 100,000 cap for that period, according to Heathrow. Even if airlines halt sales now, there will still be an excess amount of flights which means airlines could be pushed to cancel or rearrange flights and seats.

Who decides which flights will be canceled?

To avoid a squabble between airlines as to which flights are to be canceled on days where bookings exceed the cap, the decision is passed over to an independent “slot coordinator.”

In this case, it will fall to the world’s largest slot coordinator Airport Coordination Ltd.

ACL works with 72 airports across the globe “to ensure efficient use of capacity and better operational performance.” It coordinates more than 3.8 million flights per year.

“The exact process of calculating the reduction is currently being evaluated and will be communicated to airlines in due course," an ACL spokesperson told TPG.

Its decision falls under the framework of something called Local Rule A. This legal framework was used during COVID-19 to help the ACL to decide which airlines should cancel which flights.

The ACL will first work out how many seats need to be canceled each day, then advise each airline on how many seats or flights they should cancel to comply with Heathrow’s request.

However, there is a problem with this.

In short, airlines are under no obligation to comply.

“It is for the airlines to decide which flights to cancel or retime and/or whether to comply with the request to reduce flights," the ACL source told us.

In other words, airlines could simply refuse to play ball.

Related: The UK government attempts to fix travel crisis — could this help US travelers?

According to Local Rule A, failing to comply “will result in a potential Health and Safety concern for which the Airport Authority will need to consider appropriate action.”

When TPG asked Heathrow representatives to clarify what action it would take against airlines that refuse to comply, they simply said it's up to the ACL and airlines to work out.

Will airlines comply and cancel flights?

The full cross-industry reaction remains to be seen, but the decision has certainly ruffled some feathers.

See Emirates, our exhibit A. “LHR last evening gave us 36 hours to comply with capacity cuts, of a figure that appears to be plucked from thin air," the airline revealed in an attack on the airport. "Their communications not only dictated the specific flights on which we should throw out paying passengers but also threatened legal action for non-compliance. This is entirely unreasonable and unacceptable, and we reject these demands.”

The statement continues on to explain that moving operations at short notice to other U.K. airports is “not realistic,” and it flags previous passengers numbers that have moved through Heathrow airport.

According to Emirates, the London hub saw a daily average of 219,000 passengers in 2019, making the current cap a more than 50% reduction in comparison; however, Heathrow claims it now only has 70% of ground handling resources in place.

Former British Airways CEO Willie Walsh accused the airport of “trying to maximize the profitability that they get from the airport at the expense of airlines.”

“For some time airlines have felt [Heathrow management] have been gaming the system and trying to convince the CAA [Civil Aviation Authority] to look at lower passenger forecasts and drive up the average passenger charge to Heathrow’s advantage,” Walsh said.

“Aviation is under considerable pressure as demand ramps up — at Heathrow we’ve faced 40 years of growth in just four months and what we need is collaborative working and investment in services to protect passengers, not ill-informed comments from retired airline bosses,” an airport spokesperson said.

Beyond Emirates, how are other airlines responding?

TPG reached out to Heathrow’s largest partner airlines to ask whether they are heeding the airport’s advice to stop selling tickets and whether they plan to comply with any potential cancellation requests.

Virgin Atlantic struck a cooperative tone, saying it “recognise[s] the challenges Heathrow faces serving customers who are looking forward to travelling over the summer.” A spokesperson added that "It’s imperative that all players involved come together to ensure customer journeys out of Heathrow are as smooth and seamless as possible."

However, the U.K. airline also implied that it will not halt ticket sales in line with Heathrow’s request, suggesting a reluctance to cancel flights during the summer period.

“With over 99% flying completion rate, Virgin Atlantic stands ready to deliver its full schedule this summer,” the spokesperson said. “However, we support proactive measures being taken by Heathrow to reduce disruption, as long as the action proposed does not disproportionately impact home carriers at the airport. Action should be based on thorough analysis showing the most effective measures to improve the situation and keep customers moving.”

American Airlines remained aloof, saying only that it is “working with Heathrow Airport to understand how the passenger caps will affect American’s operations.”

“We’ll coordinate with our partners to minimise any potential impact to our customers and their summer travel plans," a spokesperson added.

Lufthansa said it had not halted ticket sales or restrictions for any flights from the airport.

"Currently, we have not imposed any sales ban or restriction. As is well known, Lufthansa has already made significant flight cancellations for the summer," a spokesperson for the carrier told TPG in an apparent sideswipe at rivals who earlier refused to preemptively cancel flights despite serious concerns about their operational capacity. “Lufthansa has thus made a noticeable contribution to relieving the situation at airports, including London Heathrow.”

Related: 6 real-life strategies you can use when your flight is canceled or delayed

This response, in particular, could be seen as an oblique dig at British Airways; the airline has come under fire for, until recently, continuing to plan a full flight roster despite struggling to deliver its schedule amid staff shortages at its main Heathrow hub.

The airline trimmed a handful of flights from its schedules since May, many of which were canceled at the last minute. Following the U.K. government announcement of a “slot amnesty” to allow airlines to adjust schedules without incurring penalties, Britain’s flagship carrier announced the cancellation of more than 10,000 flights until the end of October.

British Airways did not immediately respond to TPGs request for comment on Heathrow’s request to stop selling tickets.

Whether airlines comply with Heathrow to avoid further airport chaos remains to be seen; some airlines, including Emirates and potentially Lufthansa, appear defiant.

Publically, the airlines we spoke to either remained noncommittal or implied they had no intention of halting ticket sales.

This could mean bad news for passengers if Heathrow takes the decisions into its own hands and pushes the cancellations — which would likely come at the last minute.

Airlines have sold 1,500 tickets more than Heathrow can handle per day. With 61 days until the limit is lifted, that means a minimum of 91,500 passengers could see their flights cancelled. If airlines do not heed Heathrow’s request to halt sales, that figure could easily hit more 200,000 passengers.

In other words, regardless of who makes the final call, more cancellations appear inevitable in the coming months. How many? It remains to be seen.

Related stories
After 19 months, United Airlines is officially suspending flights at New York's JFK airport — again
17 ways to earn lots of Marriott Bonvoy points
Delta SkyMiles Gold Amex card review: Perfect for casual Delta travelers, now with a 65,000-mile offer
Fast-growing Viking doubles down on adventure cruising with a second expedition cruise ship
Editorial disclaimer: Opinions expressed here are the author’s alone, not those of any bank, credit card issuer, airline or hotel chain, and have not been reviewed, approved or otherwise endorsed by any of these entities.