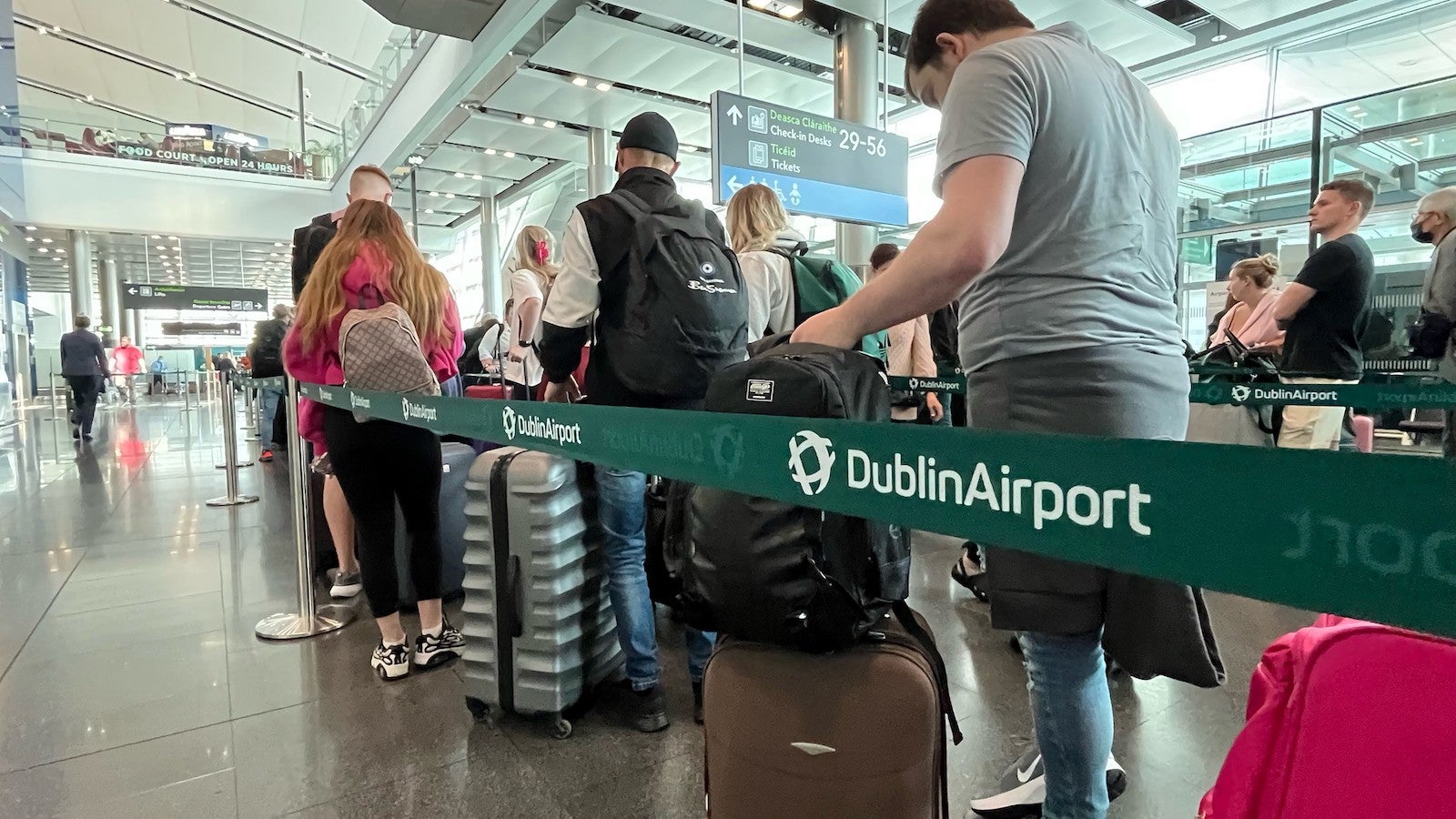 It's been a bumpy start to the summer travel season at many airports across Europe as airport operators and airlines try to meet surging demand for travel.

In Amsterdam, Dutch carrier KLM canceled dozens of flights on Saturday in an effort to make the situation manageable after long lines in recent weeks led to passengers missing their flights at Amsterdam Airport Schiphol (AMS).

Meanwhile, from government officials to airlines, there are collective efforts underway in other parts of Europe to make improvements after travelers at airports across the continent have faced long wait times in recent weeks.

Driven by staffing issues similar to those faced in many parts of the world, the problems have even led to the CEO at Ireland-based low-cost carrier Ryanair reportedly telling one British news outlet that he’d like to see the United Kingdom call in Army personnel to assist with airport operations, amid accusations from U.K. officials that some airlines have overbooked flights.

There is no sign that this is being considered as airports across Europe continue to try and manage crowds with repeated requests for passengers to arrive early before flights (but not too early). And government officials continue to demand accountability in the midst of another busy travel weekend.

Some of the most recent issues came in Ireland this week, where travelers in Dublin experienced slowdowns.

Passengers took to social media to share videos and photos of extremely long wait times at Dublin International Airport (DUB) last weekend, with lines that stretched on and zig-zagged outside the terminal and videos showing crowds and baggage strewn all over the baggage claim area.

The airport warned travelers Sunday of significant wait times a check-in, baggage drop and security, and apologized for the “obvious frustration and inconvenience.”

“The passenger experience at Dublin Airport is falling far short of the service that our citizens and visitors should expect,” Ireland’s Ministers of Transport Steve Naughton said in a statement earlier this week, calling on airport officials to make changes, noting that passengers who arrived at the airport within the recommended timeframe missed flights.

Dublin Airport responded with plans to maximize available staffing this weekend, with an increase in security at peak times, according to DAA, which operates the airport. The airport authority also planned to update government officials on plans to compensate passengers who missed flights last weekend, but has not yet provided specifics.

Allowing at least one hour just for checking luggage was among the recommendations Dublin Airport posted for travelers this week, while encouraging passengers to arrive hours early for their flight – but not too early, as that could also lead to bottlenecks.

Related: Avoiding long lines at the airport and during your travels

As Dublin sorts through its operational challenges, the U.K. continues to work on improving wait times at its airports.

With airports like Manchester and Bristol among those experiencing “significant challenges” in recent days, the U.K.’s Transport Secretary and Aviation Minister met with aviation industry officials this week. The meeting was aimed at addressing “exceptional disruption” at U.K. airports, government officials said, pointing to thousands of flights canceled due to staffing shortages at airports and airlines.

Secretary Grant Shapps blamed the problems in part on “his concerns that airline passengers are being unfairly sold tickets for (trips) they cannot go on,” pointing the finger at airlines that sold too many tickets, he said.

“I … understand the resourcing strains on the aviation sector, but it does not excuse poor planning and overbooking flights that they cannot service,” Shapps said, calling on airlines who have seen disruptions to “learn from those who ran services smoothly.”

These discussions come as the U.K. sees not just a surge in passengers from international destinations like the U.S. for summer travel, but also an influx of passengers visiting the U.K. to take part in festivities surrounding Queen Elizabeth’s Platinum Jubilee.

Continuing with challenges seen throughout the late spring months, Dutch carrier KLM said Friday, that it would proactively cancel up to 50 flights per day this weekend to make the situation at its base in Amsterdam manageable for the airline and the airport.

The move came ahead of another busy travel weekend expected, and just a week after TPG reported KLM had to temporarily halt bookings on Amsterdam flights so it could accommodate the slew of travelers who missed their flights because they stood so long in security lines.

Schiphol Airport's website this weekend encouraged travelers to limit the baggage they are bringing to the airport in hopes of making the screening process more efficient as the airport has dealt with security staff shortages.

Data from FlightAware as of 9:30 a.m. EST on Saturday around 8% of Amsterdam flights were canceled with nearly a third of flights delayed.

KLM said its cancellations this weekend were "in the interest of customers," as it worked to free up seats on flights to accommodate those passengers who missed flights. In a statement, the carrier called on the airport and other airlines to search for solutions to the recent problems at Schiphol.

The challenges at airports in the U.K., Amsterdam and Dublin are not the only ones. Staffing shortages have led to problems in the travel industry across Europe and much of the world. In the U.S. numerous airlines have faced operational problems and in Canada, where travelers have run into long delays, TPG reported on lengthy delays in Amsterdam brought on by staffing shortages at security checkpoints.

The problems come as the travel industry struggles to hire staff to meet demand surging after two-plus unusual years during the COVID-19 pandemic and as the virus continues to cause employees to call out sick and be quarantined.

While government officials throughout Europe are doing what they can to cut down on wait times and inconvenience faced by passengers as summer travel ramps up, the scenes we’ve seen unfold at airports in recent weeks are a good reminder to be prepared for the unexpected as you travel abroad this summer.

Arriving at the airport early, packing light and being aware of the possibility that you may encounter some speed bumps with security and passport control could go a long way toward making your travels as smooth as possible.

Related stories
Chasing elite status on Alaska Airlines? A flight to California this fall could help
Flights to Auckland starting under $700 round-trip
The ultimate guide to earning elite status with United cards
American Airlines forgot it had landing slots at JFK. Then it lost some of them
Featured image by PA Images via Getty Images
Editorial disclaimer: Opinions expressed here are the author’s alone, not those of any bank, credit card issuer, airline or hotel chain, and have not been reviewed, approved or otherwise endorsed by any of these entities.