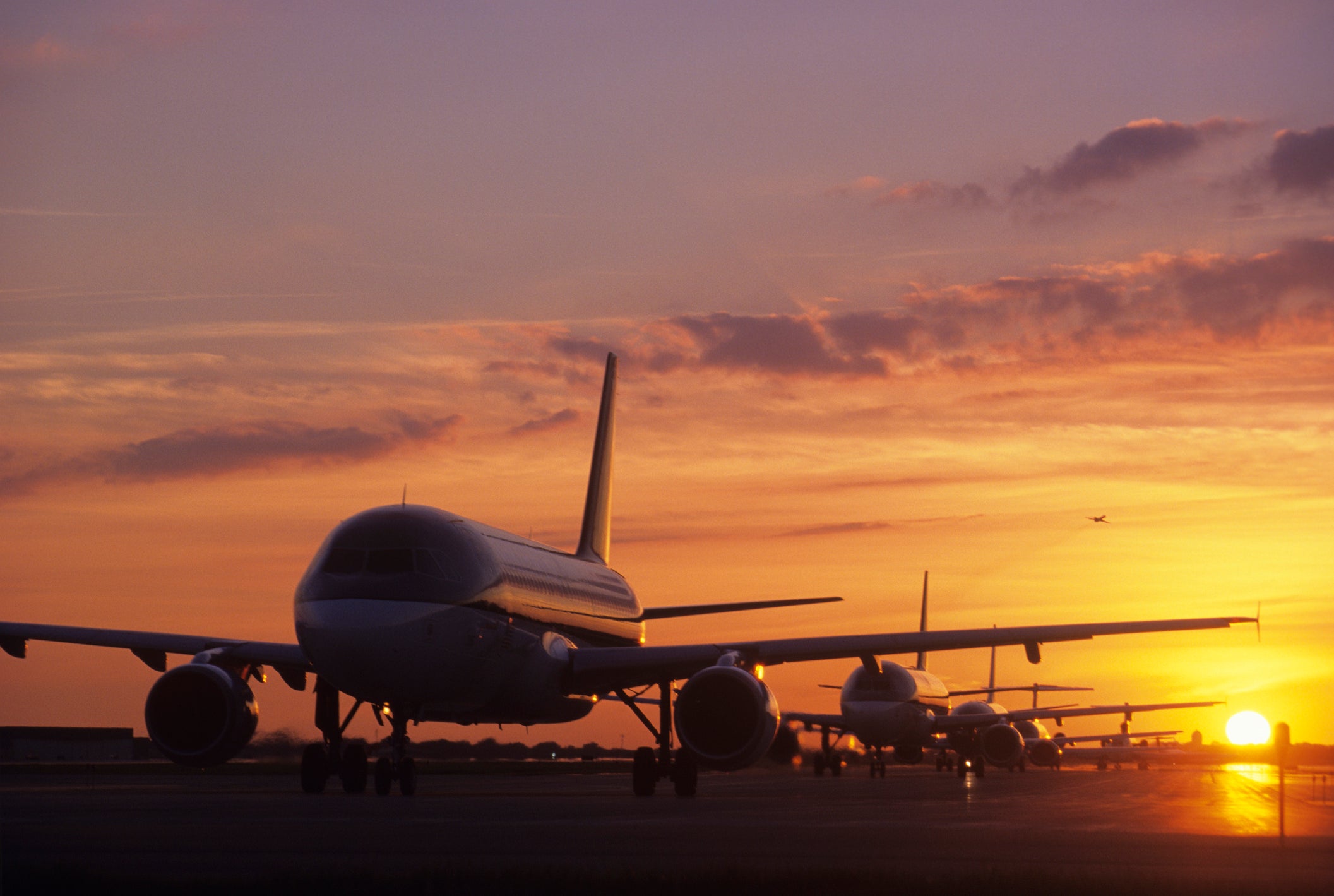 On July 12, Heathrow Airport (LHR) rocked the aviation world when it placed an unprecedented cap on passenger numbers and asked airlines to stop selling tickets in an effort to cope with surging demand.

The cap, in place until Sept. 11, will limit the number of passengers permitted to pass through the airport to 100,000 a day.

Assuming airlines continue to sell tickets for this period, that figure is 4,000 less than Heathrow projects. This means there might be a substantial amount of cancelations or changes to the current flight schedules in order to stay within this 100,000 mark at Heathrow.

It's the latest blow to an industry that has suffered from a range of post-pandemic issues up and down the U.K. over the past few months.

As the aviation sector grapples to alleviate its post-pandemic hangover, will other airports follow suit and implement similar measures to ease pressure on their operations?

We contacted Britain and Ireland’s largest airports to find out.

Gatwick Airport (LGW) has had plenty of difficulties in recent months, coming under fire for long lines, delays and canceled flights.

Earlier this month, Britain’s second-busiest airport took measures of its own to cope with surging passenger numbers; the airport cut 4,000 flights over the peak summer months.

Gatwick flights are set to be capped at 825 a day in July and 850 a day in August to avoid further cancelation misery for U.K. vacationers.

“By taking decisive action now, we aim to help the ground handlers, and also our airlines, to better match their flying programs with resources," Stewart Wingate, Gatwick chief executive, said.

London Stansted Airport (STN) has been one of the best-performing airports in the country and has appeared relatively immune to the capacity pressures that have impacted so many of its rivals.

According to data, compiled by aviation analyst Cirium, there were just 30 flight cancelations out of 7,111 scheduled departures at the hub in June. That cancelation rate of 0.41% is way below the national average of 2.38%.

Related: These three airlines are less likely to cancel your flight right now

Part of Stansted’s success could be due to its close relationship with Ryanair, which uses the Cambridgeshire hub as its main U.K. base of operations; the carrier has so far appeared to avoid the staffing crisis that has hit many of its competitors.

Therefore, Stansted told TPG it had no plans to cap flights this summer, telling travelers that it will be business as usual for the country’s fourth busiest airport this summer.

Manchester Airport (MAN) has swallowed a large share of the problems affecting the industry in the past few months. However, things may be on the up for the country’s third busiest airport. In June, it saw 149 flights canceled — a cancelation rate of 1.91%, which is still less than the national average.

A spokesperson said the airport remained confident in its capacity to meet demand this summer. “We have no plans to cap our capacity or impose cancelations. If airlines are confident they can deliver their schedules, we will do all we can to support them with that," the source added.

Related: Second wave of Ryanair strikes start today — what you should know

However, the midlands hub also appears to have turned a corner in recent weeks as it reported just 47 cancelations out of 3,485 scheduled flights in June (1.35%).

The airport has “no plans to cap our flights," a spokesperson told TPG.

Bristol Airport (BRS), where 4.35% of scheduled flights were canceled in June (141 out of 3,114), struck a confident tone when it replied to our inquiry.

A spokesperson told TPG the west-country hub had recruited and trained more than 300 new staff and signed off extra overtime payments for existing staff; more than 100 workers were brought into frontline roles every week.

As a result, they said, the average security line time has fallen to 17 minutes, and yesterday’s check-in waits at peak time was around 30 minutes.

Related: The key dates for when travel is set to be disrupted in Europe this Summer

“We have no plans to introduce a daily cap on the number of passengers departing from Bristol Airport this summer," a spokesperson said.

“We expect the summer to be busy with the rapid increase in customers and the huge pent-up demand for travel, however, we are confident that we can cope with the number of passengers traveling through the terminal over the coming months as we have been working hard, along with our business partners, to meet the post-Covid challenges.”

According to an London City Airport (LCY) spokesperson, the Isle of Dogs hub was ready and rearing to go for the summer; despite a proportionately large 6.08% cancelation rate in June (135 out of 2,220 flights), it had no plans to limit its scheduled flight timetable.

“We’re fully staffed and ready for the summer getaway,” said the spokesperson.

Should COVID-19 impact more than 20% of security staff in Dublin Airport (DUB), army personnel may have to help out, he added. However, he emphasized that case numbers were nowhere near those levels currently.

Today, DAA’s Media Relations Manager Graeme McQueen came out fighting. “Any flight cancelations to date have been the result of decisions made entirely by the airlines themselves," he insisted.

"While other airports around Europe and the U.K. have opted to cancel hundreds of flights each day in order to cope with the challenges resulting from the high demand for international travel, Dublin Airport has avoided such actions," he added.

Thanks to the “hard work” of staff and the rollout of contingency plans at Dublin Airport, he said the airport has no plans to introduce a cap on passengers or flights.

"During the month of June Dublin Airport welcomed more than 2.8 million travelers, with three out of every four passengers passing through security in less than 30 minutes and 93% going through in less than 45 minutes," he added.

Heathrow and Gatwick have both taken what many see as extreme measures to ride out the summer surge in traveler numbers. Time will tell if it will have any effect and mean fewer canceled flights at either airport during the peak holiday season.

Other British and Irish airports, however, appear confident in their staff’s ability to cope with the inevitable flood of vacationers passing through their terminals this summer.

It is important to remember that cancelations may not all be the fault of airports. The airport-airline relationship is symbiotic, after all. Given the myriad of issues that airlines are currently facing — particularly staff shortages and strike action — airports cannot be blamed for all cancelations that occur on their watch.

Featured image by Getty Images/moodboard RF
Editorial disclaimer: Opinions expressed here are the author’s alone, not those of any bank, credit card issuer, airline or hotel chain, and have not been reviewed, approved or otherwise endorsed by any of these entities.