Exclusive: Lufthansa details the future of its first-class experience 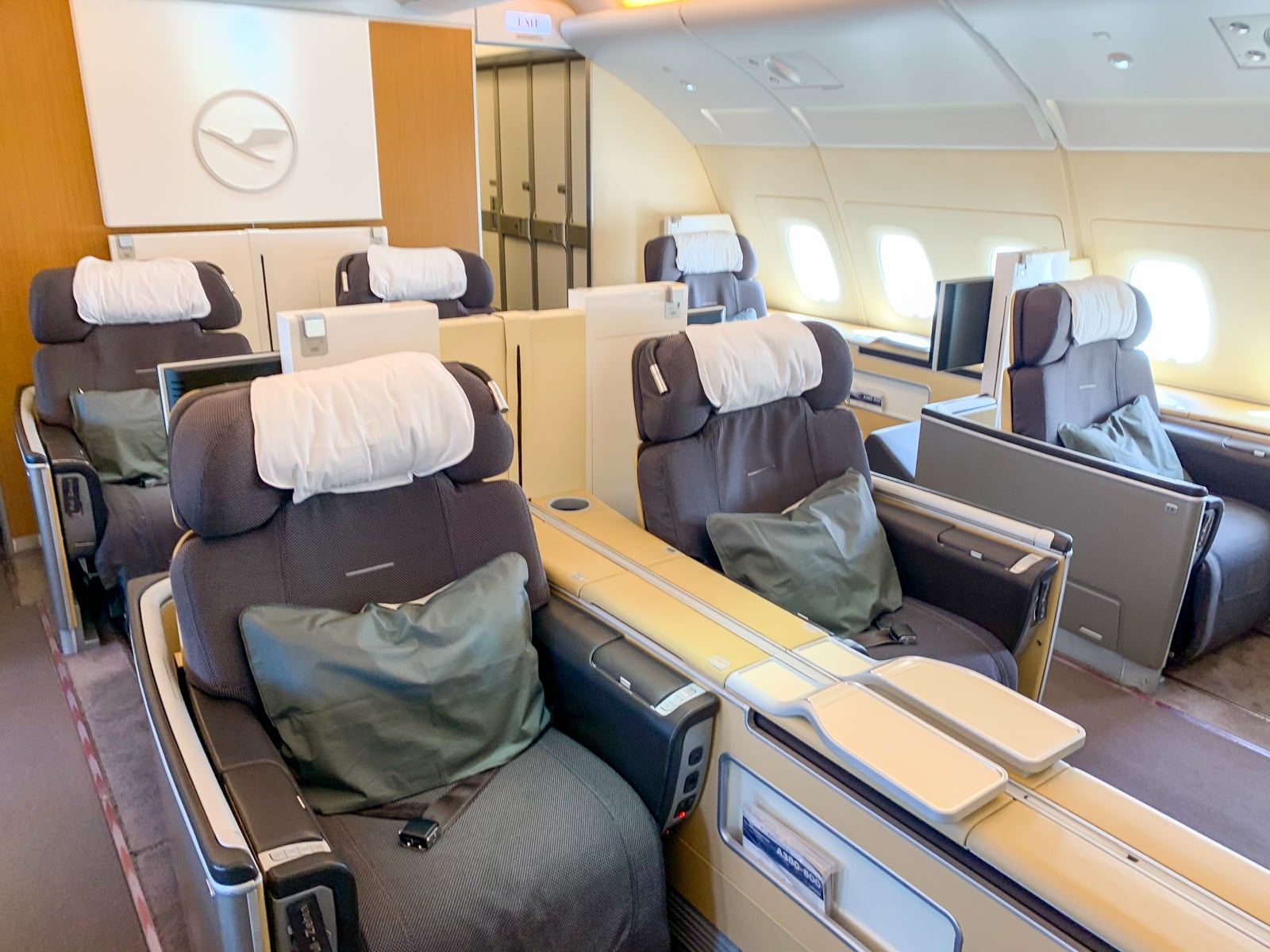 For many carriers, first-class cabins may become another casualty of the pandemic.

With airlines retiring their largest, gas-guzzling wide-body jets, there are simply fewer planes that feature the exclusive cabin. Plus, in the years leading up to the pandemic, airlines were already pivoting to installing futuristic business-class cabins that resembled the first class of yesteryear.

One of Europe's largest airlines — Germany's Lufthansa — offers an excellent first-class experience that's readily available on points and miles. But what exactly does the future hold for Lufthansa first class? We spoke directly with the airline to find out.

As the pandemic rages on, international travel remains largely suppressed relative to 2019 levels. With borders closed and quarantine requirements in place, many would-be travelers are staying closer to home.

In its latest schedule update, Lufthansa pulled all first-class equipped aircraft from U.S. routes until the end of March. Previously, the plan was to continue offering first class to Chicago and Los Angeles through the winter.

Lufthansa will move four of its Munich-based Airbus A350s to Frankfurt to fly these routes instead. Lufthansa's A350s are outfitted with business class, premium economy and coach.

"Though it's not yet time, the First Class Terminal will come back," Bjoern Becker, Lufthansa's senior director of product management for ground and digital services, told TPG in an exclusive interview.

But there's more. In its Frankfurt mega-hub, the airline has a separate terminal for eligible premium passengers. If you're originating in Frankfurt, you're dropped off at the terminal, escorted through a private security check and welcomed to a large lounge area. When it's time to board your flight, a car will be waiting for you downstairs to drive you to the aircraft's boarding door.

When the pandemic halted travel, Lufthansa shuttered the terminal. Some feared that the airline might close it for good. Fortunately, that's not happening, as the First Class Terminal (FCT) will reopen.

In explaining how Lufthansa will assess when it's time to reopen the FCT, Becker mentioned that "we need a certain number of guests to make it profitable. There are a ton of fixed costs to opening the terminal, including security, airside car transfers, valet parking services and more."

Before the pandemic, Becker told TPG that 250 to 300 guests would use the FCT per day. Right now, "we're at just 20% of our guests." With valet parking alone totaling a "six-digit number," it's no wonder Lufthansa isn't yet ready to reopen the First Class Terminal.

Another premium offering for Lufthansa first-class passengers is the limousine service for transfers from the airport lounge to remote stands. That service is also temporarily suspended.

"Currently, we would have just five to eight eligible customers that would use it each day. With parts of Frankfurt's Terminal A closed, there are hardly any apron positions right now," Becker explained.

Again, offering the limousine transfers "is a high cost for not even a handful of people to use it." Like the FCT, Becker promised that limousine service would be restored when the conditions allow.

For now, it's "mostly top-tier HON Circle members flying. If you're just fly from Frankfurt to Milan, the modified experience isn't that bad," Becker concluded.

Related: A pre-pandemic review of the Lufthansa First Class Terminal

The future of Lufthansa first-class fleet

Lufthansa isn't just committed to restarting the first-class ground experience. Though the number of planes equipped with a first-class cabin is dwindling, the carrier won't pull the plug completely.

A spokesperson offered that "first class will continue to be an integral part of the Lufthansa premium segment in the future, depending on the destination and market demand."

Lufthansa has announced multiple fleet restructurings during the pandemic. The latest plan has the carrier putting its 14 flagship Airbus A380s and 17 Airbus A340-600s into long-term storage. These planes will be grounded for at least a couple of years, and will only return “in the event of an unexpectedly rapid market recovery.”

All 31 of these jets are equipped with a first-class cabin, meaning that Lufthansa's premium footprint is significantly decreasing.

Unless plans change, the only plane type to feature a first-class cabin is the Boeing 747-8. The carrier has 19 of them in the fleet, though some are grounded due to the pandemic.

Through the winter schedule, Lufthansa's current plan is to fly these double-deckers to Bangkok, Buenos Aires, Johannesburg, Mexico City, Sao Paulo and Shanghai, according to Cirium schedules.

Lufthansa has a crucial decision to make about the future first-class footprint, though: will it be expanded beyond the 747-8?

In the next few years, the carrier is slated to take delivery of its first Boeing 777-9. This latest Boeing wide-body will feature a completely overhauled business-class seat — leaps ahead of the current product. Every pod will lie-flat and offer direct aisle access, a larger HD inflight entertainment system and more.

So far, the airline has announced that the first batch of the new 777s will not offer a first-class cabin. As for the second batch, "a decision has not yet been taken" on whether to install first class, Lufthansa said.

One can certainly hope, but if the coronavirus continues suppressing the demand for travel, Lufthansa first class might be limited to the 747-8 going forward.

The future of Lufthansa first class is at a crossroads. The carrier is pulling its fanciest recliners from U.S. routes this winter. The airline is also putting the majority of its first-class equipped fleet into long-term storage.

Fortunately, the carrier remains committed to offering the cabin in the few select markets with enough demand. In addition, the pre-pandemic first-class ground experience will return, including the incredible First Class Terminal.

The only question that remains is whether Lufthansa will expand first class beyond the 747. If it doesn't, then the product will likely be retired whenever the airline ultimately bids farewell to the Queen of the Skies.