4 coronavirus tests and only 40 passengers: A firsthand account of cruising during the pandemic 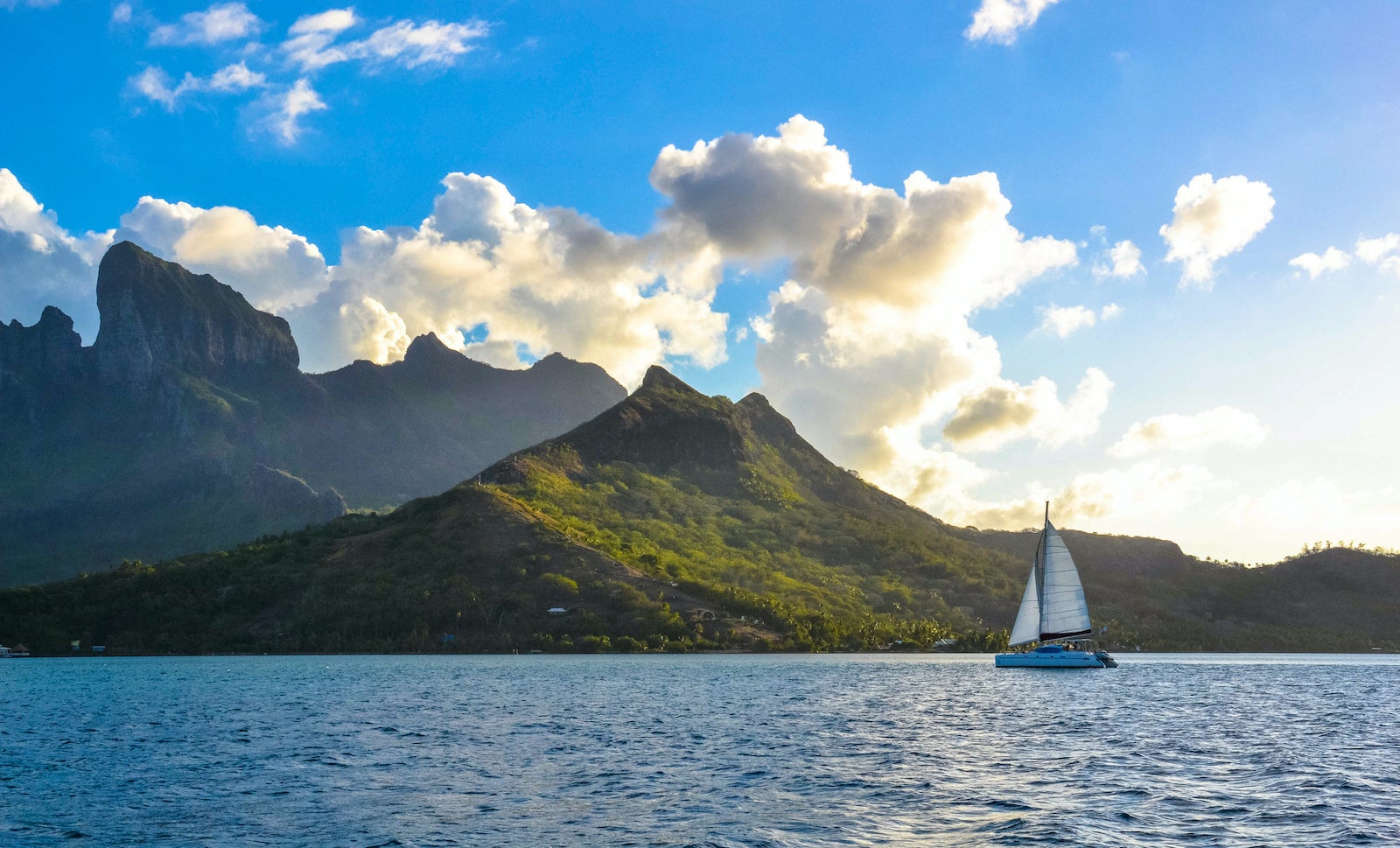 Though the cruise industry is still shut down in North America, cruise lines have resumed sailings in many parts of the globe, including the far-flung South Pacific, despite the ongoing coronavirus pandemic.

Returning to the open seas hasn't been without its setbacks, of course. Just three days into its first sailing in July with international passengers since cruise operations halted, Tahiti-based Paul Gauguin Cruises had a COVID-19 scare, resulting in the sailing being canceled.

But in the months that followed, Paul Gauguin — and many other cruise lines — seems to have refined the formula for getting back to business.

Anders Lindström, director of communications for Norwegian Air in North America, is among the intrepid travelers who have already returned to cruising. On Sept. 12, Lindström flew to Papeete, Tahiti to embark on a six-day cruise of the Society Islands.

"We booked fairly last minute, especially for this kind of cruise," Lindström told TPG. He was joining a birthday celebration for a friend who, because of the coronavirus, had been forced to "change plans and destinations multiple times."

Finally, French Polynesia reopened to Americans, Lindström said, and they were able to get a "really great deal" on the sailing.

Lindström booked his cruise just three weeks before Paul Gauguin set sail, and needed to have a negative PCR test from 72 hours prior to departure. Tahiti Tourism provided a long list of exactly which tests would be accepted, so Lindström said finding the right one wasn't an issue. "We [took] at least two tests each to ensure we had at least one back in time, as there could be [a] potential delay with results."

And the testing didn't stop there.

The day before the sailing, Lindström says he and his friends were required to do another test in Tahiti at their own expense. And to comply with Tahiti's tourism regulations, they had to take a self-administered test four days after arriving, which was submitted to the cruise reception.

"All in all we had at least two tests before leaving the U.S. and two within the first days of our trip," Lindström said. "But that was an easy and small price to pay to be able to travel."

As expected, Paul Gauguin has taken many precautions to keep cruisers safe. Lindström said the staff was checking temperatures every time cruisers returned to the ship, and face mask regulations were strictly enforced. You could only take your mask off if you were lounging poolside or seated at a bar or restaurant — and seats and tables at restaurants were spaced out. Hand sanitizer stations were also prevalent across the ship.

And though Paul Gauguin operates just a single, small luxury vessel, the line has significantly reduced capacity. Lindström said during his sailing, there were only about 40 guests on a ship designed to accommodate 332 passengers. As a result, Lindström said it was easy to maintain a safe physical distance from other cruisers. "We were ... occupying the only cabin in use in our corridor," Lindström added.

Related: When will cruise ships resume sailing? A line-by-line guide

Even the most seasoned road warriors know that travel these days is anything but familiar. And though Lindström described a pretty seamless cruise experience, the one real hiccup came while still transiting through the U.S.

Things went smoothly enough for Lindström and his friends at New York-Newark (EWR), Denver (DEN) and even the lounge at San Francisco International (SFO). Lindström said he could simply flash the results of his COVID-19 test on a medical app for entry. But at the gate at SFO, he and his friends were refused boarding and told the coronavirus test results needed to be printed, though United never communicated that detail.

"We managed to rush out and print screenshots of the exact same thing we had showed [on our phones], then rush back through security," Lindström said, adding that, as a result, they were the last to board. Lindström said that anyone who has travel plans should print any relevant documents to be "on the extra-safe side," even if hard copies aren't supposed to be required.

Related: Bora Bora for the day: What to do while your cruise is in port

Lindström also said some of the shore excursions they booked were canceled because so few people signed up — but that didn't stop them from having a spectacular trip. "The most amazing [shore excursion] was snorkeling with humpback whales in Moorea on our last full day of the cruise," Lindström said, describing how they snorkeled just 30 or 40 feet from a family of three whales, including a baby. It was "a phenomenal experience," he said. They were also able to organize their own adventures when tours were canceled.

With the industry eyeing a near-term return to cruising in North America, travelers can look to Lindström's experience for a sense of what it might be like to set sail during the ongoing pandemic.

"While there were obvious restrictions ... the service was [absolutely] first-rate and all the staff on board did their utmost to ensure everything felt as normal as ... possible," Lindström said. Of course, sailing with an intimate, luxury line like Paul Gauguin probably helps.

Lindström says the coronavirus wouldn't stop him from cruising again (he is, in fact, already thinking about taking another cruise in 2021) and he'd even recommend it to other travelers. But there are exceptions.

"Do your research, and make sure you really feel confident about your choice," Lindström advises. "If you are [the slightest] unsure and concerned about access to healthcare or hospital[s], then just [wait]."

And for travelers who need a bit more of an incentive, Lindström says to watch for close-in deals, so you can monitor the destination and wait until you're absolutely ready to embark. Plus, by using his stash of Chase Ultimate Rewards points, Lindström was able to get an even better deal on his trip to French Polynesia.