Did cruise lines try to return to service too soon? 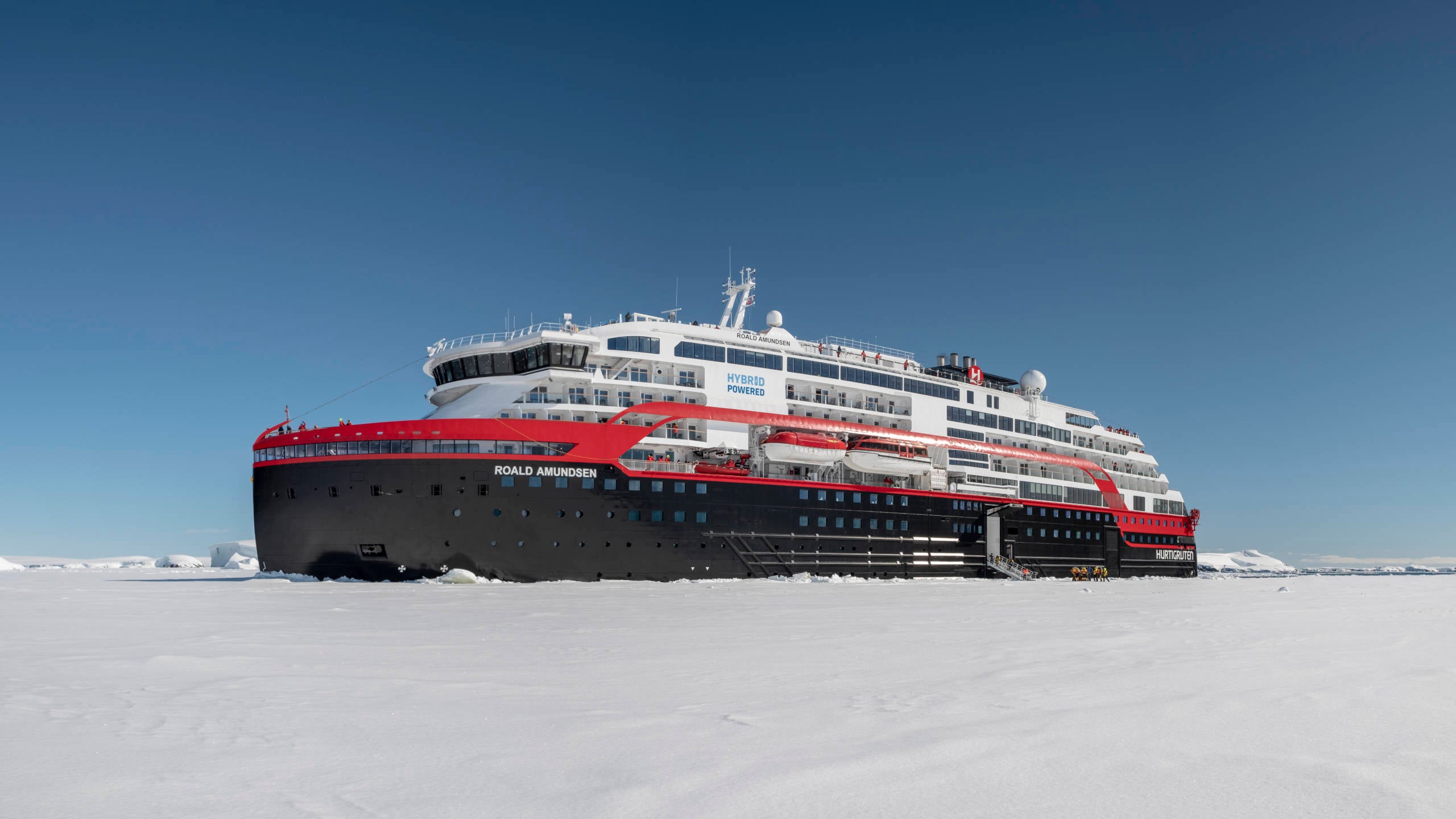 The comeback of cruising isn't going to be as easy as some people thought. Just ask Daniel Skjeldam, the CEO of Norwegian expedition cruise company Hurtigruten.

"We have failed," Skjeldam said Monday after a much-publicized COVID-19 outbreak over the weekend on one of Hurtigruten's Norway-based ships. "I apologize strongly on behalf of the company."

The vessel, the 535-passenger Roald Amundsen, had just resumed operations two weeks earlier, offering seven-night sailings out of Tromsø, Norway, to the wildlife-filled Svalbard archipelago. It was only on its second voyage when crew members began falling ill.

Now Hurtigruten's fledgling restart to operations is on hold. Facing a firestorm of criticism in Norway over its handling of the incident, the line on Monday canceled sailings on all three ships that it recently brought back into service.

"The only responsible choice is to suspend all expedition sailings until we are absolutely confident we can carry out our operations in line with all requirements from the authorities and with the even stricter requirements we have set for ourselves," Skjeldam said.

Following this news, Norway's health minister announced the country was banning ships with more than 100 people on board from visiting Norwegian ports for at least the next 14 days.

In the wake of the Roald Amundsen outbreak, will other cruise lines push off plans to restart operations? Should they? Such questions are swirling this week as the cruise industry and cruisers weighed the meaning of the weekend's news.

"Too soon to tell"

The still-unfolding Hurtigruten incident -- as of Tuesday, 42 passengers and crew had tested positive for COVID-19 -- was just one of two incidents over the weekend that are raising questions about growing efforts to bring back cruising in some parts of the world.

On Saturday, the French Polynesia-based, 332-passenger Paul Gauguin returned early to its home port of Papeete, Tahiti, after an American woman on board tested positive for COVID-19.

The vessel, operated by Tahiti-based Paul Gauguin Cruises, was just three days into its first sailing with international passengers since the line stopped departures four months ago. Passengers on the vessel were confined to their cabins for several days while they underwent testing, and the cruise was canceled.

Longtime industry watcher Mike Driscoll, editor of Cruise Week, said the Paul Gauguin incident was particularly significant as it was on the first ocean sailing in the world that was open to North Americans since the halt to cruising began in March.

A successful comeback for the Paul Gauguin would have been seen as a harbinger of things to come for bigger North America-based brands such as Royal Caribbean, Norwegian Cruise Line and Princess Cruises.

"Some of the largest cruise sellers in the country were looking at (the comeback of) Paul Gauguin as being of some importance," Driscoll told TPG.

"It's too soon to tell," Driscoll added when asked if the weekend's incidents would slow down the comeback plans at other lines. "But it's definitely a disappointment."

Perhaps the bigger question is, should cruise lines be resuming service so soon?

Both Hurtigruten and Paul Gauguin Cruises now are facing withering criticism for restarting operations too quickly from observers both within and outside the cruise industry.

"While I understand the economics, it is unfortunate that a few cruise lines appear to have ignored science in an attempt to resume service too quickly," one longtime cruise industry executive, John Delaney, wrote on his social media accounts early Monday.

Delaney stepped down from the role of president of Windstar Cruises in March after nearly two decades in the cruise industry and is a well-respected voice in the cruise world. In addition to running Windstar, he also served in key roles at luxury line Seabourn and Holland America.

Delaney suggested that some cruise lines had been moving too fast to get ships back into operation.

"Everyone wants cruises to come back, but rushing things to chase revenue and ignoring the science will continue to hurt our industry and make the road to recovery more difficult," Delaney wrote at Linkedin.

Critics of the efforts by some lines to restart cruises point to recent research that suggests COVID-19 can spread through ships via microscopic droplets that are light enough to float in the air and linger for an extended period. The research used computer modeling to analyze the extensive spread of the illness to more than 700 people on the Princess Cruises ship Diamond Princess in February.

The widespread outbreak on the Roald Amundsen -- more than 23% of crew have tested positive -- occurred despite the implementation of a wide range of new health and safety measures. The measures included enhanced cleaning throughout the ship, added medical screenings for passengers and crew, and an end to buffets. The vessel also was operating at a sharply reduced capacity, more than 50% below normal, to ensure social distancing.

The measures were similar to what many lines have been touting as the solution to keeping coronavirus off ships as cruising resumes.

In an extended "no-sail" order issued last month for cruise ships operating in U.S. waters, the U.S. Centers for Disease Control and Prevention warned about a quick resumption to cruising.

More cruise lines are about to restart trips

Hurtigruten and Paul Gauguin Cruises have been at the forefront of efforts to bring back cruising around the world.

Hurtigruten in June became the first line to resume ocean cruises anywhere in the world when it began offering voyages to Norway out of Hamburg, Germany. It added cruises to Svalbard on the Roald Amundsen and the 335-passenger Spitsbergen in July.

Paul Gauguin Cruises was the first line to offer cruises in the South Pacific and also the first line in the world to welcome back Americans on trips.

Related: French Polynesia to be at the vanguard of cruising's return

But Hurtigruten and Paul Gauguin aren't the only lines that have resumed or plan to soon resume sailings. Paul Gauguin's sister company, Ponant, recently resumed cruises in several places in Europe including along the French coast, and Germany's TUI Cruises restarted limited sailings out of Germany just last week. Germany's Aida Cruises had planned to start limited cruising out of Germany on Wednesday but has postponed the trips.

Aida Cruises on Monday said initial departures out of Germany planned from Wednesday through Aug. 12 had been canceled due to a lack of approval from the flag state for its ships, which is Italy.

That said, many of the biggest cruise operators that cater to North Americans have canceled all sailings well into the fall. Some have said they won't start back up until at least early 2021.

"The focus by the major cruise companies is on 2021 at this point, with an emphasis on a safe return to cruising," Driscoll said.

Related stories
Use these shopping portal bonuses to earn extra miles this holiday season
Using miles and points to book airline tickets and hotels for others
Maui magnificence: A review of Kaanapali Alii, a Destination by Hyatt Residence
Target’s big annual gift card sale is this weekend
Featured image by Andrea Klaussner / www.andreakla