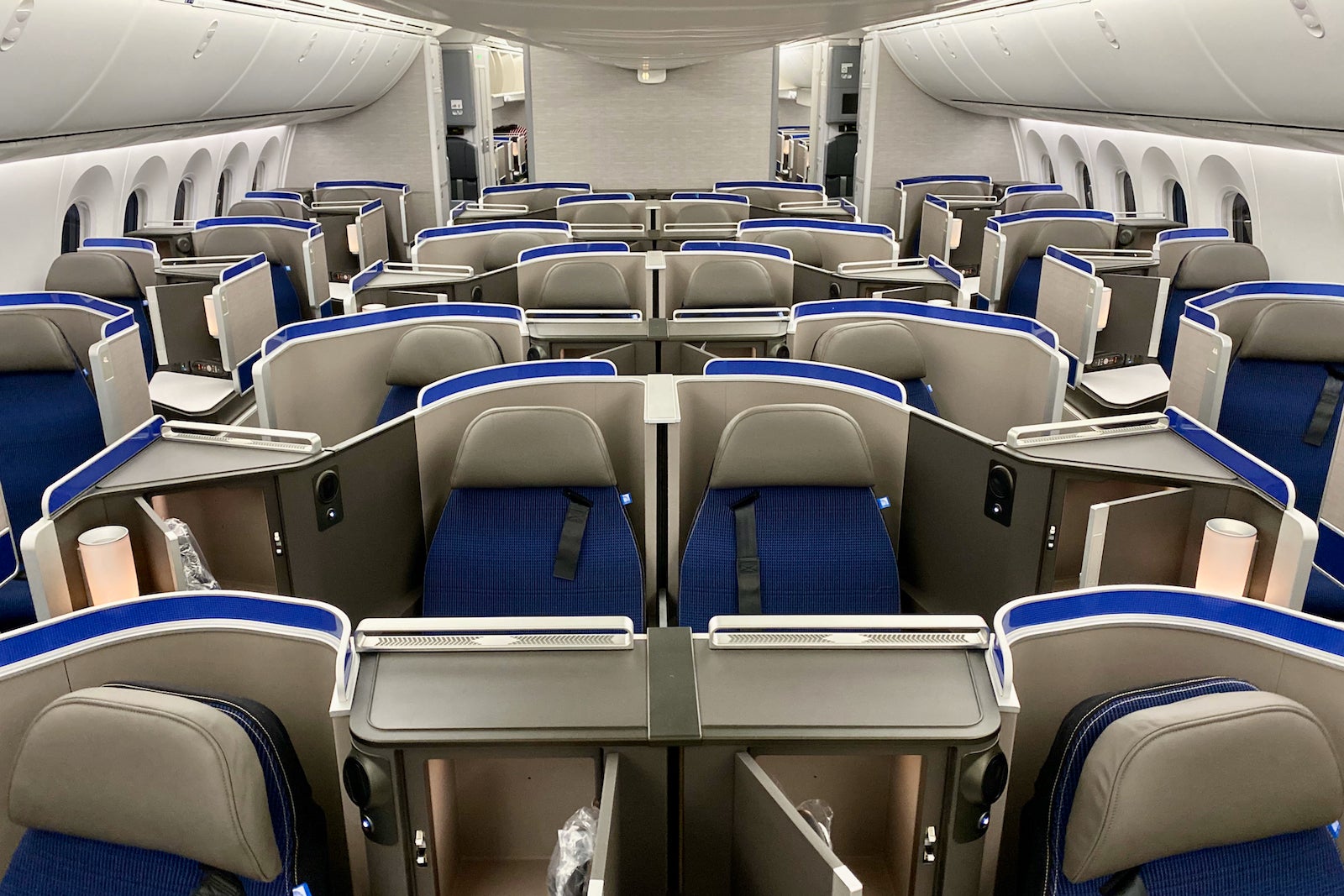 The coronavirus has caused demand for travel to basically evaporate. Though now's not the time to travel, we at TPG definitely encourage you to starting planning your next vacation for sometime later this year into next.

Fortunately, United's made trip planning really easy since the carrier has released an unprecedented number of saver award seats for some of its most popular routes in Polaris business class. When we crunched the numbers last month, we found a nearly 1,400% jump in business-class award availability on United. And that still holds true today.

Redeeming points for United Polaris represents a fantastic value, so let's dive into some of the award space we're seeing.

Fancy a visit to the queen? Well, you can get there in style — and on points — with all the United award space we're seeing.

Let's look at Chicago-O'Hare (ORD) to London-Heathrow (LHR). There's just three days in 2021 that doesn't have Polaris availability for four passengers. Many dates have up to nine seats if you're looking to bring the extended family!

It's typically very hard to get from the west coast to Europe in business class on points. But, that's not the case for the rest of 2020 into the first three months of 2021.

All the dotted lines above indicate dates that have Polaris award availability for nine from Los Angeles (LAX) to London-Heathrow (LHR). You'll note that there's just two dates in 2021 that don't have space.

Newark (EWR) to Tel Aviv (TLV) is one of United's most flagship routes, and one that I fly with quite a bit of frequency. Scoring award or upgrade space on these flights is like finding a needle in a haystack. But now, that's totally changed.

From Jan. to March 2021, there's only a handful of dates that don't have Polaris award space for four passengers. That's right — almost every single date that's bookable in 2021 is available as an award for an entire family!

Take a look at the calendars above. Every date that has a dotted line indicates Polaris availability for at least four passengers.

Plus, this insane amount of award availability isn't limited to just Newark to Tel Aviv. It's also available in the reverse direction — and on United's other flights to Israel to/from San Francisco (SFO) and Washington-Dulles (IAD). Though we searched for four passengers, many of these flights actually have space for up to nine passengers!

We're even seeing these trends beginning in August 2020, though that may be too soon to begin traveling internationally.

What about Asia? Well, United's got you covered there too. There's still a ton of Polaris award availability, though it's a bit less than to Europe and Israel.

The dotted lines above indicate dates that have Polaris awards for two passengers from San Francisco to either Tokyo-Haneda (HND) or Tokyo-Narita (NRT). We're also seeing similar trends to Asia from other United hubs as well.

RELATED: Tokyo-Narita vs. Haneda: Which airport should I fly into?

How to redeem miles for United flights

As a member of Star Alliance, you can book United awards with quite a few partner programs. I'll list the best options below and their associated credit card transfer partners, and then discuss why now's actually a good time to book with United directly.

Though you could transfer credit card points to any of the above programs, it makes sense to redeem through United MileagePlus, especially if you're booking flights in 2020.

For one, if you carry a cobranded United card or if you're a Premier member, then you get access to expanded availability — but only if you book directly through United.

Taking a look at calendars above. You'll see that there's even more award space available if you carry a United card!

Another reason to book with United is because the carrier is waiving all redeposit fees for award ticket cancellations made more than 30 days before departure for the remainder of this year. That means that you can lock in the award space now and then cancel it later on for a full refund if it's still unsafe to travel.

Finally, booking with United may allow you to utilize the carrier's Excursionist Perk to effectively add a stopover. For example, if you wanted to visit Europe in February, you could include time in both London and another European city. By booking a multi-city trip — with time in both London and, say, Frankfurt before returning to the U.S. — the intra-Europe flight prices at 0 miles.

As you can from the above example, you'd enjoy two, long-haul flights in United business class and a free flight within Europe for 120,000 miles and less than $200 in taxes and fees — and these screen shots show availability for four passengers.

As you're looking to plan travel for the end of 2020 and into 2021, there's no better place to search than with United. We're seeing unprecedented amounts of Polaris award availability on some of the carrier's flagship routes. Plus, with the ability to redeposit awards for the remainder of 2020 without a fee, there's no better time to lock-in your award.

All award space available at time of publishing. All photos by the author.