Surprisingly normal: What it's like on board the first Caribbean cruise since March 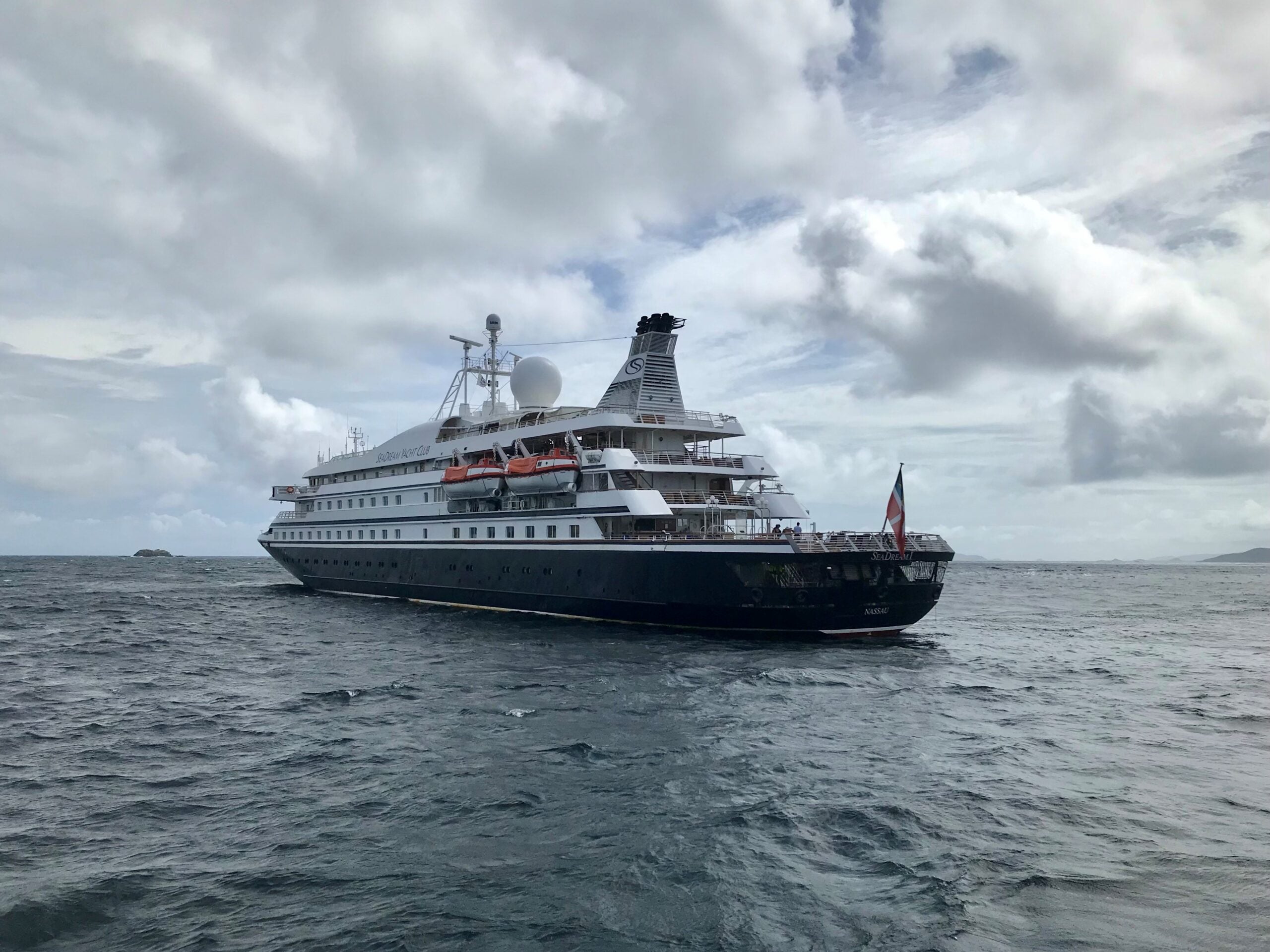 Surprisingly normal: What it's like on board the first Caribbean cruise since March
This post contains references to products from one or more of our advertisers. We may receive compensation when you click on links to those products. Terms apply to the offers listed on this page. For an explanation of our Advertising Policy, visit this page.

It turns out cruising during a pandemic isn't as weird as we all thought it would be.

After three days on board the first cruise vessel to restart operations in the Caribbean since March, my fellow passengers and I have settled into a cruise routine that looks, well, almost normal.

All the facilities of the vessel — SeaDream Yacht Club's 112-passenger SeaDream 1 -- are open, with just a few small accommodations to allow for social distancing among passengers.

Up at the open-air Top of the Yacht Bar, for instance, the venue's ever-personable bartender, Tomislav, still is there every evening as the sun sets to shake up your gin martini for sailaway. But every other bar stool is blocked to keep passengers at a safe distance.

Two decks down, the ship's fitness center is open. But to use it, you need to make an appointment. The ship only is allowing a handful of people at a time into the space to keep passengers socially distanced, and staffers are cleaning it extensively every hour.

There are a few other minor things that remind you these are not normal times. Passengers must stop by the Concierge desk every day to have their temperatures taken at an automated digital station. Signs around the ship politely ask passengers to remain at least 6 feet apart from each other -- a message that also was reiterated by the vessel's activity director during a first-day talk.

But, for the most part, there are relatively few COVID-related intrusions. The baseline experience on board SeaDream 1 is pretty much the same lovely, relaxing experience it was before the new coronavirus began sweeping the globe nearly a year ago.

The Points Guy is getting exclusive access among North American media this week to SeaDream I’s very first sailing in the Caribbean.

Here, a look at what it's like for passengers when they are on board the vessel (we'll have a separate dispatch later this week on what the experience is like when passengers get off the vessel during destination stops):

A bubble of normalcy

As I wrote about on Sunday, SeaDream is requiring passengers to run a gauntlet of COVID-19 testing before boarding SeaDream 1. The idea is to create a COVID-free "bubble" on the ship where the odds that even a single passenger is carrying the new coronavirus on board is extremely low.

Every SeaDream 1 passenger must test negative for COVID-19 three times -- first, several days in advance of boarding; again on the day of boarding; and a third time several days after boarding. Driven in part by the COVID-testing requirements of Barbados, where the ship will be based for the winter, this is a far more rigorous testing regime than the world's biggest cruise lines have mapped out in their plans for a cruising comeback.

Related: Why our cruise writer feels safe getting on a cruise vessel right now

The sense of a COVID-free bubble that such testing creates has allowed passengers to relax in a way that comes almost as a shock at first. For many of the 53 passengers who booked this trip, the COVID crisis at home has quickly become a distant memory.

As the fourth day of the cruise began on Tuesday, the most noticeable sign on board that the world still was in the midst of a COVID crisis was the masks that passengers now have to wear at times.

But on Monday evening, the ship's activity director announced that the line was tightening its rules. Passengers now are required to wear masks when moving around the ship. Crew are wearing masks at all times.

Many passengers are angry at SeaDream because of the tightened mask-wearing mandate. One passenger on Tuesday blew up at me, too, suggesting that SeaDream had changed its mask-wearing rule due to my presence on board. A SeaDream representative told me that was not the case.

SeaDream had operated in Europe for months over the summer without a mask-wearing requirement without a single case of COVID occurring on board.

The pool is open

Other than the odd sight of cruisers walking around a cruise vessel in masks, the experience aboard SeaDream 1 this week is about as normal as can be. Indeed, since the vessel departed Barbados late Saturday, the onboard cadence has fallen into a predictable rhythm that any fan of small-ship cruising would recognize.

Early risers are up at the Top of the Yacht Bar soon after the sun comes up, chatting at a distance over coffee and croissants as the ship maneuvers into an anchorage for the day. The nearby outdoor Topside Restaurant soon is buzzing with wait staff serving up made-to-order omelettes and eggs Benedict.

When not off the ship on an adventure (more on this in future dispatches), passengers lounge during the day around the back-of-the-ship pool or head down to the marina to take out a kayak for a paddle.

Late afternoon brings a top-of-the-ship cocktail hour followed by an elegant dinner and an after-dinner nightcap in the piano bar. In a nod to COVID safety, nearly all meals are taking place outside in the ship's covered, open-air Topside Restaurant.

The service, as one expects from SeaDream, is friendly and attentive.

Notably, passengers do not have to wear masks when dining or when swimming, or when lounging around the ship in a socially distanced setting.

In some respects, SeaDream 1 is the perfect vessel for cruising in the keep-away-from-me era of the coronavirus. A tiny fraction of the size of a typical cruise ship, it's designed for an upscale, yacht-like experience that revolves around outdoor lounging on its sun decks, water sports off its retractable marina and landings by Zodiac at remote beaches or other uncrowded locales.

Even when at its full capacity of 112 passengers, it doesn't feel crowded. But as an added layer of safety, SeaDream won't be running it at full capacity for a while.

Not that SeaDream has had to implement such capacity restraints. For now, at least, bookings for the vessel's early Caribbean sailings remain modest. The 53 passengers who have signed up for this trip amount to just 47% of the number you'd normally find on board.

In other words, the social distancing on board this vessel right now is coming naturally, with no extra effort.

Other than the reduced passenger count on board and the mask-wearing, though, this is a cruise that feels surprisingly close to what cruising on a vessel like this was in the days before the coronavirus crisis began.

TPG's cruise writer, Gene Sloan, is traveling on SeaDream 1 as a guest of the cruise line.