5 beautiful filming locations to visit in Budapest, Hungary, for fans of 'FBI: International' 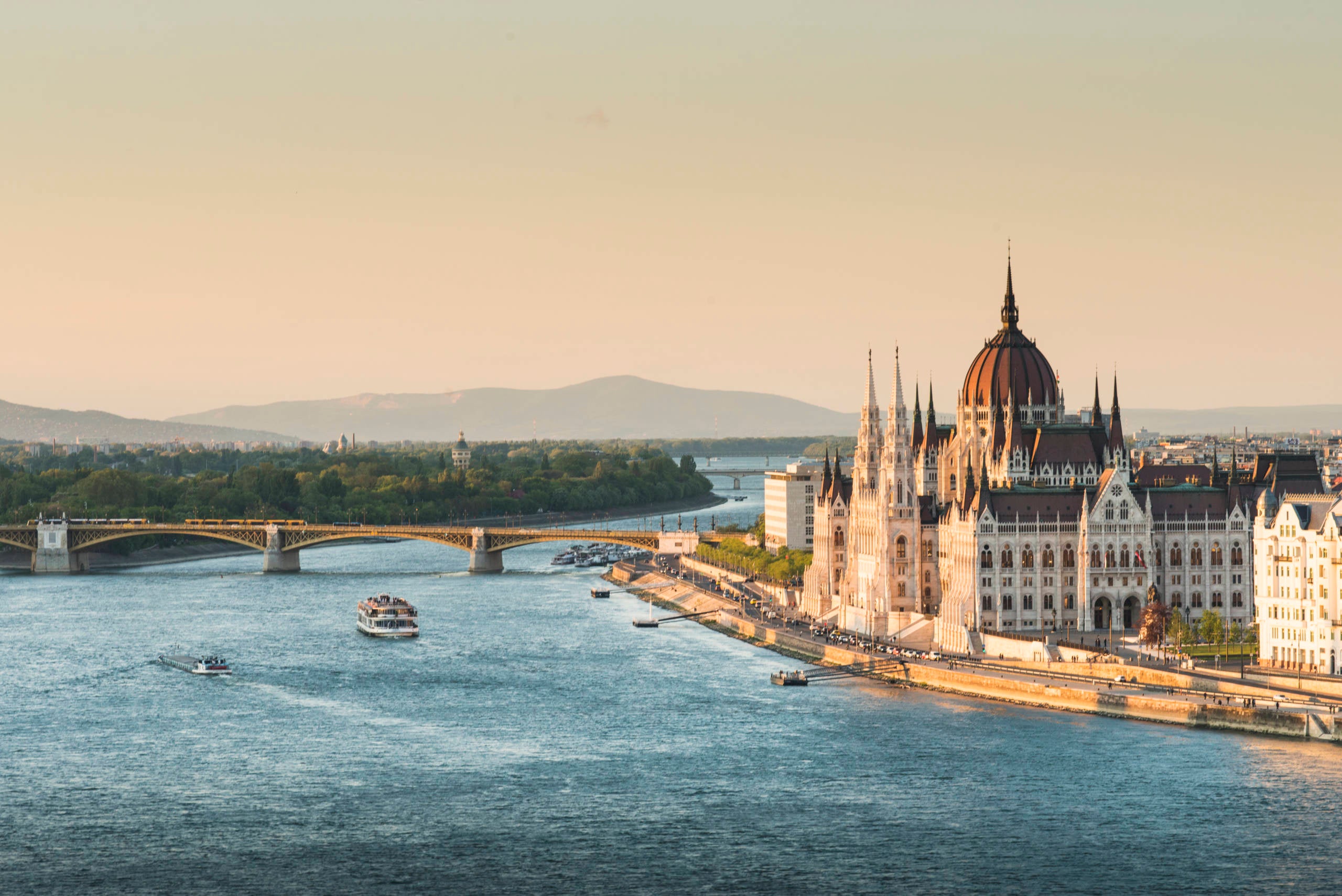 There's something magical about seeing filming locations in real life — something about pulling back the curtain on everything you see on screen and experiencing it firsthand.

As someone who loves screenwriting and everything about the TV show production process, I especially love exploring beautiful places that also played a part in bringing my favorite shows to life. Of course, "Harry Potter" and "Game of Thrones" filming locations in the United Kingdom and Croatia are extremely popular, as are some sites throughout Europe that were featured in "Star Wars." But even lesser-known filming locations spark a unique kind of joy in my heart.

For fans of "FBI: International," a series from CBS that follows a close-knit team of agents who help solve crimes across Europe, you might not realize that a lot of the show is filmed on location. In the first season (the finale of which airs today), the "Fly Team" is based in Budapest, Hungary. Chances are, you'll recognize a few historic backdrops throughout the show.

Budapest is a fantastic destination to visit in its own right, but if you're a fellow fan of "FBI: International," make sure you check out some of these spots from the show.

In the pilot of "FBI: International," we meet supervisory special agent Scott Forrester as he's training members of the local police on how to disarm a suspect. The scene was filmed at Castle Garden Bazaar. While the original structure was built between 1875 and 1883, it's been newly renovated and now acts as a complex filled with theaters, gardens restaurants and more.

During this early scene from the show, you can see the attraction's columns, zigzagging walkways and ivy-covered walls in the background as you're introduced to Forrester and his partner, Jamie Kellett. In this moment, you're also introduced to Budapest, the team's home base throughout the first season.

In the opening of the second episode of "FBI: International," agents Forrester and Kellett attempt to chase down a van (and nearly get run over in the process). The scene, while intense, has a beautiful backdrop: Fisherman's Bastion, one of Budapest's most popular tourist attractions.

The castle has stunning panoramic views and a fairy-tale facade. Once upon a time, a guild of fishermen protected the area (hence the castle's name), but now you can spend the day exploring its turrets, learning about the history of the structure and taking in the views from the cafe located on the terrace.

"FBI: International" used multiple bridges as filming locations throughout the first season — some in Budapest, and others in different cities in Europe. However, the Liberty Bridge is a distinct landmark you see in the show. In one episode, Forrester even spends a bit of time on the bridge at night to get some fresh air and think.

The architecture of the bridge makes it a truly unique location, with its art nouveau design, green color and posts topped by a Hungarian national symbol, the mythical turul (similar to a falcon). Although the original was destroyed during World War II, it was among the first landmarks to be reconstructed after the war.

While you likely won't have the bridge to yourself day or night the way Forrester did in "FBI: International," it's still a beautiful place to visit and walk across the Danube River.

Another spot you may recognize from "FBI: International" is the Great Market Hall, a massive indoor market located near Liberty Bridge in Fovam Square. Locals and tourists alike flock to the hall to buy everything from paprika (and other spices) to tokaji wine to Hungarian sausages and salamis.

Like the other filming locations on this list, the architecture here is absolutely stunning. The structure itself sort of resembles a train station, with towering ceilings that give the crowded marketplace an open and airy feel.

Last but not least is Szekesfehervar, a filming location just southwest of Budapest. The city's historic downtown area, including its charming and colorful buildings, is used as a backdrop throughout the season. It's one of the oldest destinations in Hungary (and was once a royal residence).

Whether you want to pretend you're walking down the street to visit the Fly Team at a local cafe or would rather learn about the real-life history of the city, it's an easy, can't-miss daytrip from Budapest. While there, make sure you do some real exploring — Alcalde said that was how the production crew for "FBI: International" found some of their favorite places in Hungary.

"Take the road less traveled," Alcalde said. "At least for me, that's how I've always stumbled upon great locations and great places and great restaurants and great people."

Visiting Budapest on points and miles

Unfortunately, there is only one nonstop flight to Budapest from the U.S. — a John F. Kennedy International Airport (JFK) to Budapest Airport (BUD) route on LOT Polish Airlines. While LOT is a Star Alliance member, you'll likely get a better points deal (and an overall nicer flight experience) booking another way.

You can reserve Lufthansa first-class awards from JFK to Frankfurt Airport (FRA) in Germany through one of the airline’s Star Alliance partners for as low as 90,000 miles one-way through Air Canada’s Aeroplan program or 87,000 miles one-way through Avianca LifeMiles. Once you land in Frankfurt, Budapest is only a quick flight away. Aeroplan and LifeMiles are both transfer partners of American Express Membership Rewards and Capital One.

You can also book through United Airlines if you have United miles or Chase Ultimate Rewards points (with no fuel surcharges to boot), though at higher mileage rates.

Related: Best ways to get to Europe on points and miles

Once you arrive, you do have a few options for where to stay on points. The Budapest Marriott Hotel, which overlooks the Danube River, is bookable for between 50,000 and 60,000 Marriott Bonvoy points per night on multiple late summer dates. Additionally, just a few blocks away from the river but still in the heart of the city is The Ritz-Carlton, Budapest, which is bookable for 44,000 to 60,000 Marriott Bonvoy points per night during late summer dates.

If you're a member of the IHG One Rewards loyalty program, you're in luck: At the InterContinental Budapest, you can reserve a room for about 35,000 IHG One Rewards points per night during the same late summer dates.

Throughout the pandemic, watching shows that transported me to another place was the best way for me to satisfy my wanderlust without actually leaving my apartment. Now that places are reopening and travel has made a comeback, I'm starting to plan trips again — this time, to places I never considered before.

Although Budapest was never at the top of my travel list, watching the first season of "FBI: International" has made me want to visit the city sooner rather than later. Not only do I want to check out some of the filming locations and see how they differ from what I saw on screen, but I also want to learn about the history and culture of a place that this TV show inadvertently introduced to me.

If you geek out about filming locations as much as I do, you'll want to put "FBI: International" on your must-watch list. Be sure to add Budapest to your list of destinations to explore, too.