Flying during COVID-19, for one pilot, is easier — except when everything is harder 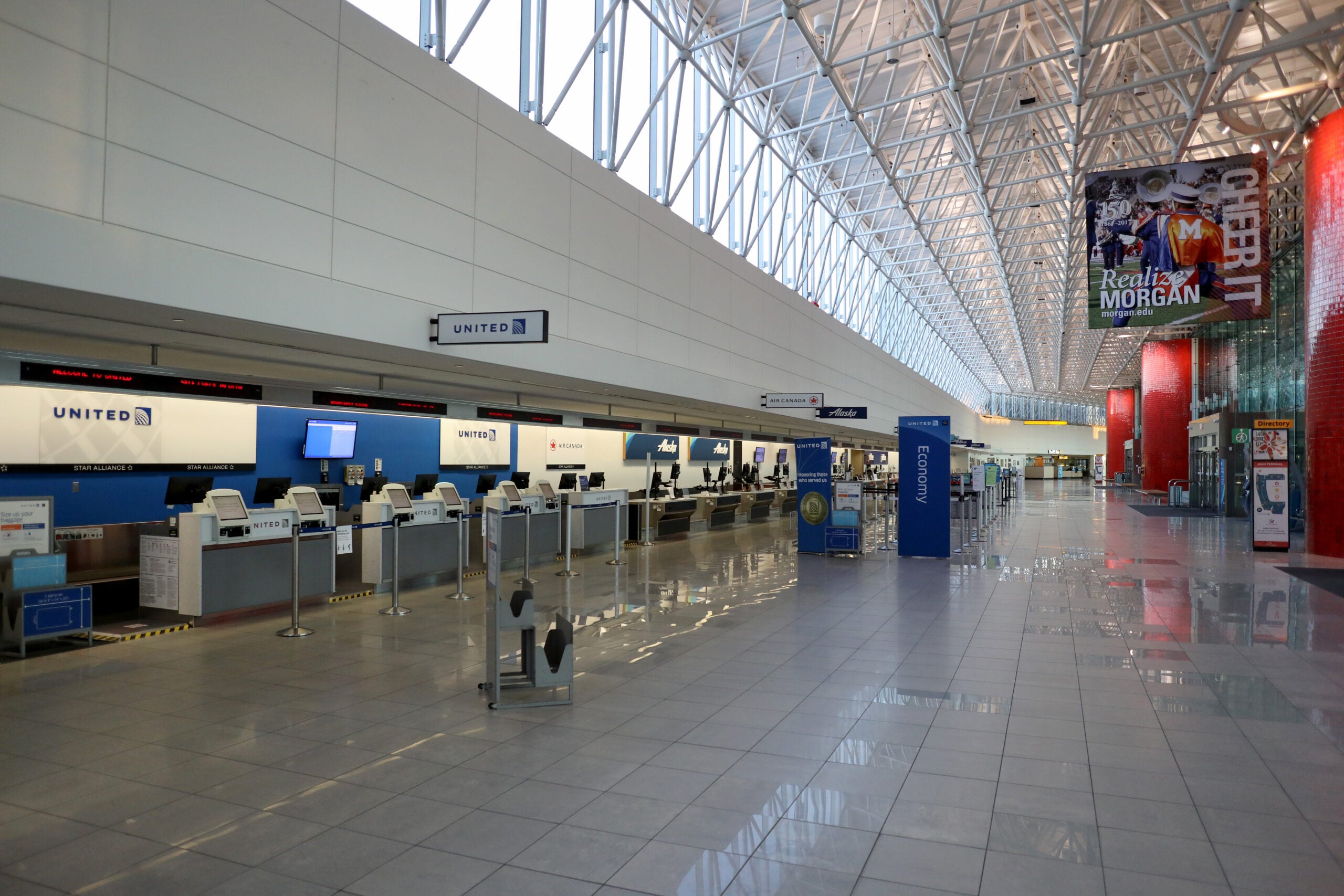 Flying during COVID-19, for one pilot, is easier — except when everything is harder
This post contains references to products from one or more of our advertisers. We may receive compensation when you click on links to those products. Terms apply to the offers listed on this page. For an explanation of our Advertising Policy, visit this page.

Mostly, this has been an exercise in stress. I suppose that’s an ambiguous term, so constituently we’re talking about fear, dread, and uncertainty. Not a fear of the virus. Coming down with COVID-19 isn't what scares me. What scares me is what the airline business might look like by the time things settle out — whenever that might be.

Particularly astonishing was the speed at which things went to hell. In February, three friends and I were relaxing around a swimming pool in the Philippines talking about the size of our profit-sharing checks and contemplating which aircraft we might bid in the months ahead. Within days — days! — the entire industry would be avalanched by panic and brought to a virtual halt.

The first three months were the worst. March, April, and May. Scant few flights were operating, and nobody had the slightest idea what lay ahead. These were some of the most stressful days of my life. Since then, things have settled into a certain routine. It’s not a happy routine by any stretch, and little about it feels normal. It’s just a routine.

If nothing else, I’ve kept busy. You might be surprised to hear that I’ve been spending more time aloft than ever. I’ve flown more in the past four months than in any four-month period of my entire career. Since June I’ve been to Europe twice, Africa five times, and back and forth across the country more times than I can count.

Normally I’m not the most ambitious pilot. The ancillary hassles of the job — the delays, the hellishness of airports, and the stress of commuting between the city I fly from (New York) and the city where I live (Boston) — encourage me to keep my schedule light and my blood pressure low. I might be on the road for twelve days in a month, logging around 70 pay hours. The average pilot aims for closer to 80 and is gone for two weeks. But these aren’t normal times. Suddenly airports are quiet, delays are nonexistent, commuting is a breeze. It’d be perverse to say that flying is “better” than ever, but certainly it’s easier. Easier for all the wrong reasons, but it’s a way to keep my head up and maintain a sense of normalcy. So I’ve been doing it as much as I can.

Besides, there’s little else to do. What is life now but a sad morass of masks and placards and agitated people. So much of life has come undone that I dread the most innocuous of tasks and errands, like a trip to Trader Joe’s or a walk to the Post Office. And the extent to which the American public seems to have acquiesced to all of this leaves me fearful of the future. I'm not talking about wearing masks or following restrictions; I'm talking about accepting as normal a world that is anything but. More than once I have heard people shyly admit they are enjoying this. Hence, I’m happier on the job, where I feel engaged and useful, than I am at home, where I'm apt to stew and wallow.

Though here too, the damage is visible at every turn: the empty planes, the desolate concourses and shuttered shops. A stroll through an airport in the COVID era is, on the one hand, a relaxing one, free of the usual ruckuses and long lines. On the other hand, it's a way of beholding just how massively this crisis has impacted aviation. There's a fine line between peaceful and haunting. It's nice to be free of the noise and crowds, but for an airline employee it's also a little terrifying.

Then we have the small things, the obstacle course of petty annoyances that now litter the travel experience. Like the endless stream of COVID-related public address announcements. Or the fact that every hotel room amenity now comes wrapped in plastic (because this somehow "saves lives," and because if the world needs one thing it's more plastic waste). Or needing to strategize over how to score food during layovers in locked-down cities.

There’s little to feel optimistic about, though at least I’m busy.

Not all pilots have this opportunity. Huge swaths of the pilot ranks have been sitting idle. Seniority is everything at an airline, and I’m high enough on the roster to avoid this fate, but many of my colleagues haven’t set foot in a cockpit in weeks or even months. Airlines are utilizing different fleets at different rates; at a given carrier, Boeing 767 crews might be busier than Airbus A320 crews, for example, or vice-versa. Some airlines have been operating long-haul cargo charters, which is keeping their biggest planes — and their pilots — surprisingly busy. Other fleets, meanwhile, have been shut down almost entirely, meaning those pilots are doing nothing.

The job itself is little different, but now has the added challenge of keeping focused in a time of angst and worry. Before every takeoff is a crew briefing, where we talk through any threats or difficulties that might lie ahead. Most of these spiels now include a line or two about concentration. “We’re all a little distracted, so let’s remember to follow procedures and stay disciplined…”

From March: Left without flyers, airlines are using passenger jets for cargo

In the rows behind us, the customers savor those empty adjacent seats they always dreamed about. People are afraid, we're told, and you read about the guy or woman who causes a commotion over masks and gets hauled off by the airport cops. But I'm not seeing this. On the contrary, passengers seem blithely content. There's room to spread out, the flights are on time, and it's a cinch through TSA. If you're concerned about getting sick, a Department of Defense study released in October says the risk of catching COVID-19 on an airplane, so long as everyone is masked, is just about nonexistent. The air on planes has always been cleaner than people think, and it's even cleaner now. In addition, cabins are being deep-cleaned after every flight, including a wipe-down of all trays, arm-rests, lavatories and so on. Those fancy business-class menus have been curtailed — or "modified" as many airlines describe it — but otherwise there's little not to like. Flying hasn't been this comfortable in decades.

There's a facetiousness in my voice when I say that, of course. For the workers, it's hard to enjoy the ride when your company is losing $20 million a day.

My take on this whole mess is no doubt tempered by earlier career hardships. I've been through two airline bankruptcies, one of which resulted in the company liquidating, and in the wake of the terror attacks of 2001 I spent five years on furlough. That's airline talk for being laid off. I was in my mid-thirties at the time, in the middle of what customarily would be a pilot’s “prime-earning years.” Instead of saving money and making a good living, I scraped by as a freelance writer. This was, in a sense, an adventurous and successful half-decade; had I not lost my flying job, it’s unlikely the “Ask the Pilot” enterprise, or my book along with it, would ever have come to be. But despite the accolades, the book tour to Rome, the TV crews that often came to visit and the satisfaction of having used my improvisational talents to spin a little gold from a rotten situation, this was a long and financially bleak hiatus.

More: US airlines may have to retire 1,000 jets. These are the ones that could end up in the boneyard.

And when a pilot is out of work, for whatever reason, he or she cannot simply slide over to another airline and pick up where they left off. The way airline seniority systems work, there is no sideways transfer of benefits or salary. If you move to a different company, you begin again at the bottom, at probationary pay and benefits, regardless of how much experience you have. You lose everything. So any threats to our jobs or companies make us very nervous.

Five years on the street left me in a career no-man's land, and upended my whole sense of self as a professional. Was I even a pilot any more? When I finally was called back, early in 2007, all I knew for sure is that I never wanted to live through that again.

And I didn’t expect to. Oh, sure, for any airline worker who endures a crisis — a furlough, a merger, a bankruptcy — nothing is ever again certain or taken for granted. No matter how rosy things are the moment, there’s always a hum of dread, a shoe waiting to drop, in the back of your mind. But this? This? Nobody foresaw a cataclysm of such speed or magnitude.

I have my ways of dealing with it. Others have theirs. On and on it goes.

Patrick Smith is an airline pilot and the host of askthepilot.com. His book, Cockpit Confidential, is a New York Times bestseller. He lives near Boston.